Mental disorders effect millions of people in the world and can lead to years of psychotherapy. In some cases, the psychological problem suffered is extremely rare or bizarre. This is a list of the ten most bizarre mental disorders. 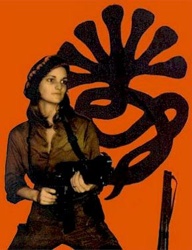 The syndrome is named after a bank robbery in Stockholm, Sweden, in which the bank robbers held bank employees hostage from August 23 to August 28 in 1973. In this case, the victims became emotionally attached to their victimizers, and even defended their captors after they were freed from their six-day ordeal, refusing to testify against them. Later, after the gang were tried and sentenced to jail, one of them married a woman who had been his hostage.

A famous example of Stockholm syndrome is the story of Patty Hearst, a millionaire’s daughter who was kidnapped in 1974, seemed to develop sympathy with her captors, and later took part in a robbery they were orchestrating. 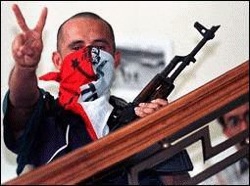 The exact opposite of Stockholm syndrome – this is where the hostage takers become more sympathetic to the plights and needs of the hostages.

It is named after the Japanese embassy hostage crisis in Lima, Peru where 14 members of the Tupac Amaru Revolutionary Movement (MRTA) took hundreds of people hostage at a party at the official residence of Japan’s ambassador to Peru. The hostages consisted of diplomats, government and military officials, and business executives of many nationalities who happened to be at the party at the time. It began on December 17, 1996 and ended on April 22, 1997.

Within a few days of the hostage crisis, the militants had released most of the captives, with seeming disregard for their importance, including the future President of Peru, and the mother of the current President.

After months of unsuccessful negotiations, all remaining hostages were freed by a raid by Peruvian commandos, although one hostage was killed. 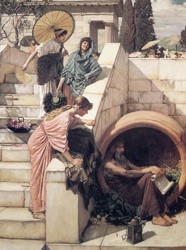 Diogenes was an ancient Greek philosopher, who lived in a wine barrel and promoted ideas of nihilism and animalism. Famously, when he was asked by Alexander the Great what he wanted most in the world, he replied, “For you to get out of my sunlight!”

Diogenes syndrome is a condition characterised by extreme self neglect, reclusive tendencies, and compulsive hoarding, sometimes of animals. It is found mainly in old people and is associated with senile breakdown.

The syndrome is actually a misnomer since Diogenes lived an ascetic and transient life, and there are no sources to indicate that he neglected is own hygiene. 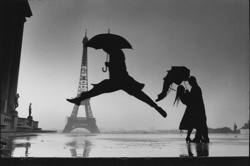 Paris syndrome is a condition exclusive to Japanese tourists and nationals, which causes them to have a mental breakdown while in the famous city. Of the millions of Japanese tourists that visit the city every year, around a dozen suffer this illness and have to be returned to their home country.

The condition is basically a severe form of ‘culture shock’. Polite Japanese tourists who come to the city are unable to separate their idyllic view of the city, seen in such films as Amelie, with the reality of a modern, bustling metropolis.

Japanese tourists who come into contact with, say, a rude French waiter, will be unable to argue back and be forced to bottle up their own anger which eventually leads to a full mental breakdown.

The Japanese embassy has a 24hr hotline for tourists suffering for severe culture shock, and can provide emergency hospital treatment if necessary.

Stendhal Syndrome is a psychosomatic illness that causes rapid heartbeat, dizziness, confusion and even hallucinations when an individual is exposed to art, usually when the art is particularly ‘beautiful’ or a large amount of art is in a single place. The term can also be used to describe a similar reaction to a surfeit of choice in other circumstances, e.g. when confronted with immense beauty in the natural world.

It is named after the famous 19th century French author Stendhal who described his experience with the phenomenon during his 1817 visit to Florence, Italy in his book Naples and Florence: A Journey from Milan to Reggio.

The Jerusalem syndrome is the name given to a group of mental phenomena involving the presence of either religiously themed obsessive ideas, delusions or other psychosis-like experiences that are triggered by, or lead to, a visit to the city of Jerusalem. It is not endemic to one single religion or denomination, but has affected Jews and Christians of many different backgrounds.

The condition seems to emerge while in Jerusalem and causes psychotic delusions which tend to dissipate after a few weeks. Of all the people who have suffered this spontaneous psychosis, all have had a history of previous mental illness, or where deemed not to have been ‘well’ before coming to the city. 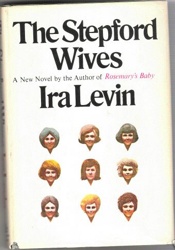 The Capgras delusion is a rare disorder in which a person holds a delusional belief that an acquaintance, usually a spouse or other close family member, has been replaced by an identical looking impostor.

It is most common in patients with schizophrenia, although it occur in those with dementia, or after a brain injury.

One case report said the following:

Mrs. D, a 74-year old married housewife, recently discharged from a local hospital after her first psychiatric admission, presented to our facility for a second opinion. At the time of her admission earlier in the year, she had received the diagnosis of atypical psychosis because of her belief that her husband had been replaced by another unrelated man. She refused to sleep with the impostor, locked her bedroom and door at night, asked her son for a gun, and finally fought with the police when attempts were made to hospitalize her. At times she believed her husband was her long deceased father. She easily recognized other family members and would misidentify her husband only.

The paranoia induced by this condition has made it a common tool in science fiction books and films, such as Invasion of the Body Snatchers, Total Recall and The Stepford Wives. 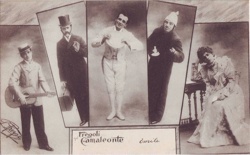 The exact opposite of the Capgras delusion – the Fregoli delusion is a rare disorder in which a person holds a delusional belief that different people are in fact a single person who changes appearance or is in disguise.

The condition is named after the Italian actor Leopoldo Fregoli who was renowned for his ability to make quick changes of appearance during his stage act.

It was first reported 1927 by two psychiatrists who discussed the case study of a 27 year old woman who believed that she was being persecuted by two actors whom she often went to see at the theatre. She believed that these people “pursued her closely, taking the form of people she knows or meets.” 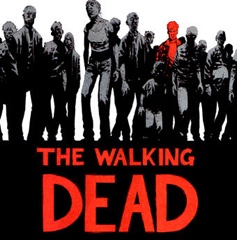 The Cotard delusion is a rare psychiatric disorder in which a person holds a delusional belief that he or she is dead, does not exist, is putrefying or has lost their blood or internal organs. Rarely, it can include delusions of immortality.

One case study said the following:

[The patient’s] symptoms occurred in the context of more general feelings of unreality and being dead. In January, 1990, after his discharge from hospital in Edinburgh, his mother took him to South Africa. He was convinced that he had been taken to hell (which was confirmed by the heat), and that he had died of septicaemia (which had been a risk early in his recovery), or perhaps from AIDS (he had read a story in The Scotsman about someone with AIDS who died from septicaemia), or from an overdose of a yellow fever injection. He thought he had “borrowed my mother’s spirit to show me round hell”, and that he was asleep in Scotland.

It is named after Jules Cotard, a French neurologist who first described the condition, which he called “le délire de négation” (“negation delirium”), in a lecture in Paris in 1880. 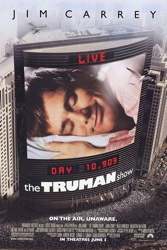 Reduplicative paramnesia is the delusional belief that a place or location has been duplicated, existing in two or more places simultaneously, or that it has been ‘relocated’ to another site. For example, a person may believe that they are in fact not in the hospital to which they were admitted, but an identical-looking hospital in a different part of the country, despite this being obviously false, as one case study reported:

A few days after admission to the Neurobehavioural Center, orientation for time was intact, he could give details of the accident (as related to him by others), could remember his doctors’ names and could learn new information and retain it indefinitely. He exhibited, however, a distinct abnormality of orientation for place. While he quickly learned and remembered that he was at the Jamaica Plain Veterans Hospital (also known as the Boston Veterans Administration Hospital), he insisted that the hospital was located in Taunton, Massachusetts, his home town. Under close questioning, he acknowledged that Jamaica Plain was part of Boston and admitted it would be strange for there to be two Jamaica Plain Veterans Hospitals. Nonetheless, he insisted that he was presently hospitalized in a branch of the Jamaica Plain Veterans Hospital located in Taunton. At one time he stated that the hospital was located in the spare bedroom of his house.

The term ‘reduplicative paramnesia’ was first used in 1903 by the Czechoslovakian neurologist Arnold Pick to describe a condition in a patient with suspected Alzheimer’s disease who insisted that she had been moved from Pick’s city clinic, to one she claimed looked identical but was in a familiar suburb. To explain the discrepancy she further claimed that Pick and the medical staff worked at both locations