Over the course of many years, we come to believe certain things to be historical facts when in fact, they are not. These historical errors have passed down through the ages and continue to mislead people. Therefore, we are now happy to present you with the List Universe Myth Busters episode: Top 10 Historical Errors. 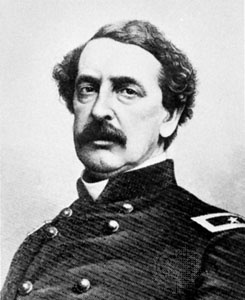 This very common myth of baseball credits Doubleday with inventing the game, supposedly in Elihu Phinney’s cow pasture in Cooperstown, New York, in 1839. In 1905, a committee was appointed to investigate the origins of the game, their conclusion was:

“the first scheme for playing baseball, according to the best evidence obtainable to date, was devised by Abner Doubleday at Cooperstown, New York, in 1839. [In] the years to come, in the view of the hundreds of thousands of people who are devoted to baseball, and the millions who will be, Abner Doubleday’s fame will rest evenly, if not quite as much, upon the fact that he was its inventor … as upon his brilliant and distinguished career as an officer in the Federal Army.”

In fact, this conclusion was based on the testimony of one man, who was of questionable credibility. Jeff Idelson of the Baseball Hall of Fame has said that baseball was not really invented anywhere, but as far as history is concerned, the first written rules of baseball were penned by Alexander Joy Cartwright for the baseball club The Knickerbockers. On June 3, 1953, Congress officially credited Cartwright with inventing the modern game of baseball.

9 The Colossus of Rhode 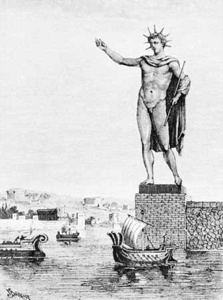 Most ancient and even modern paintings of the now long gone Ancient Wonder of the World, the Colossus of Rhodes show him straddling the harbor entrance with ships entering the port beneath his legs. The Colossus was a statue (the tallest in the ancient world) of the Greek God Helios, built between 292 and 280 BC and standing at a height of 30m (100ft). Contrary to the popular misconception that the statues legs were apart, the Colossus actually stood with his legs slightly apart on one side of the entrance to the harbor. This renders virtually all illustrations of the statue, incorrect. The image above is a truthful depiction of his likely stance.

8 Witches were burnt in Salem 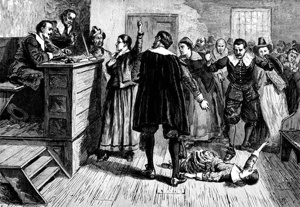 in 1692 and 1693, anti-witch Mania hit Salem, Massachusetts resulting in a series of trials that lead to the deaths of 20 accused witches. Over 150 people were tried for the crime of Witchery. Contrary to the popular myth that the witches were burnt, they were, in fact, hanged to death. Of the 20, 14 were women and 6 were men. All were executed according to this method with the exception of one man who died during judicial torture. 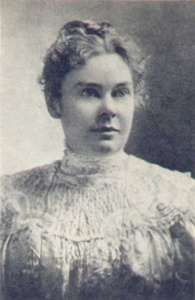 Unfortunately this myth rears its ugly head quite often, and often no amount of effort is sufficient to disprove it to the true believers. First off, Lizzie – she is famous through the children’s poem:

Lizzie Borden took an axe
And gave her mother forty whacks.
And when she saw what she had done
She gave her father forty-one.

In fact, her father was axed 11 times and her step-mother 18 or 19 but that is not the real myth – the real myth is the belief that Lizzie Borden committed the crime at all. After a mere one hour of jury deliberation, Lizzie was found innocent of the crime. To give further weight to her innocence, shortly before her trial a second axe murder happened in the area. Additionally, Lizzie was found with no blood on her minutes after the crime took place, and no murder weapon was ever found. 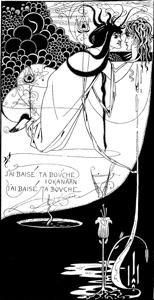 The Bible tells the tale of Herod executing John the Baptist and giving his head as a gift to his daughter in reward for her dance at his birthday. Most people mistakenly believe that Salome, the daughter, requested this out of anger for John refuses her advances. It was, in fact, Herodias, her mother who wanted John killed, not Salome – she was merely the messenger.

And when the daughter of the same Herodias had come in, and had danced, and pleased Herod, and them that were at table with him, the king said to the damsel: Ask of me what thou wilt, and I will give it thee. And he swore to her: Whatsoever thou shalt ask I will give thee, though it be the half of my kingdom. Who when she was gone out, said to her mother, What shall I ask? But her mother said: The head of John the Baptist. And when she was come in immediately with haste to the king, she asked, saying: I will that forthwith thou give me in a dish, the head of John the Baptist. Mark 6:22-25

This popular myth has been seen in opera, poetry, and painting. 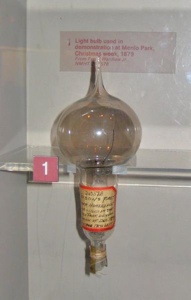 In fact, Thomas Edison not only did not invent the lightbulb, he did not invent many of the things attributed to him. His shrewd business skills enabled him to steal, improve, and patent many ideas before their original inventors were able to. He was, in addition, a ruthless man who attempted to discredit other inventors in order to gain popularity for his own. Prior to Edison’s patent for the electric lightbulb in 1880, electric lights had already been invented. In 1840, British Astronomer and Chemist, Warren de la Rue, enclosed a platinum coil in a vacuum tube and passed an electric current through it, thus creating the world’s first light bulb – a full 40 years before Edison. 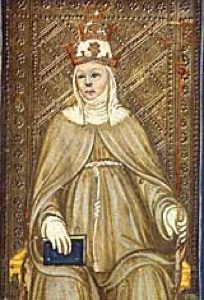 This particular myth has been dealt with elsewhere on the site, but it is fitting that it be repeated here. The myth tells us that a young woman dressed as a priest and went to Rome to study. Eventually she became Pope but gave birth to a child while in a papal procession, causing the crowds to kill her by stoning. In fact, there never was a Pope Joan. The myth seems to have originated around the 13th century from the writings of Martin of Opava (Martin Polonus), a Polish chronicler, and it generally places Joan in the 9th century Papacy. Aside from Catholic literature, even enemies of the Catholic Church at the time (for example, Photius) make no mention at all of a female Pope. According to the Catholic Encyclopaedia:

“Between Leo IV and Benedict III, where Martinus Polonus places her, she cannot be inserted, because Leo IV died 17 July 855, and immediately after his death Benedict III was elected by the clergy and people of Rome; but owing to the setting up of an antipope, in the person of the deposed Cardinal Anastasius, he was not consecrated until 29 September. Coins exist which bear both the image of Benedict III and of Emperor Lothair, who died 28 September 855; therefore Benedict must have been recognized as pope before the last-mentioned date.”

The recent resurgence in the belief in this myth is most like the result of Anti-Catholic and feminist wishful thinking, according to Philip Jenkins, author of The New Anti-Catholicism. 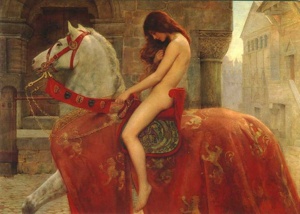 Lady Godiva was an Anglo-Saxon noble woman who is supposed to have ridden through the streets of Coventry naked in order to force her husband – Leofric (968–1057) – to remove an unfair tax on his tenants. Both she and her husband were very generous to the poor and religious institutions in their time. In 1043 Leofric founded and endowed a Benedictine monastery at Coventry and it is believed that his wife, Godiva, was the primary instigator of this. It is very possible that the legend has sprung from this particular event. But there is no doubt that her husband was a very generous man with little need for coercion. Interestingly, the legend of the Peeping Tom also arises from this myth as later versions of it describe a man, Tom, who peeped at Lady Godiva whilst she rode naked, and was struck blind. 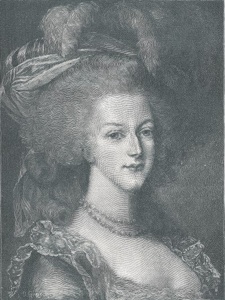 According to popular myth, Queen Marie Antoinette was heard to say: “S’ils n’ont plus de pain, qu’ils mangent de la brioche.” (“If they have no bread, let them eat brioche”) – referring to the poor. First of all, even if Queen Marie had made this comment, it would have not had the same meaning as it does today. Laws at the time of her reign meant that bakers who ran out of cheap bread, had to sell their finer bread (such as brioche) at the lower price, in order to protect people from ruthless bakers who would make insufficient quantities of inexpensive bread in order to make a bigger profit. That aside, the Queen did not say these words at all, they were actually written by Jean-Jacques Rousseau in his book “Confessions” – written a number of years before Marie Antoinette became Queen. His exact words:

“I recalled the make-shift of a great princess who was told that the peasants had no bread and who replied: ‘Let them eat brioche’. “

The misattribution and perpetuation of this myth is most likely a result of anti-Royal propaganda following the revolution in which she and her husband were murdered. 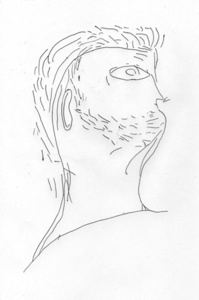 In July 18 to July 19, 64 AD, the Great Fire of Rome occured. The popular myth surrounding this event is that Nero fiddled whilst he watched Rome burn, and later benefited from its burning by using cleared land for his new palace.

Suetonius and Cassius Dio said that Nero sang the “Sack of Ilium” in stage costume while the city burned. However, Tacitus’ account has Nero in Antium at the time of the fire. Tacitus said that Nero playing his lyre and singing while the city burned was only rumor. In fact, According to Tacitus, upon hearing news of the fire, Nero rushed back to Rome to organize a relief effort, which he paid for from his own funds. After the fire, Nero opened his palaces to provide shelter for the homeless, and arranged for food supplies to be delivered in order to prevent starvation among the survivors. In the wake of the fire, he made a new urban development plan. Houses after the fire were spaced out, built in brick, and faced by porticos on wide roads. Nero also built a new palace complex known as the Domus Aurea in an area cleared by the fire.

Incidentally, the violin (fiddle) would not be invented for a full 1,000 years after the Great Fire of Rome.https://listverse