Mankind, for all its genius and amazing achievements, is still far from infallible. Buildings still have to be built, and that takes the collective know-how of hundreds of people, and anywhere along this chain of human assistance could easily appear a weakest link. Take the Titanic, for instance, sure they rammed into an iceberg, but had it not been for a design flaw in the ballasts and the hull surrounding them, the impact could have been significantly less devastating. Here are ten more ways humans are far from perfect.

The Tacoma Narrows Bridge is a pair of mile-long (1600 meter) suspension bridges with main spans of 2800 feet (850 m). The first bridge, nicknamed Galloping Gertie, was opened to traffic on July 1, 1940, and became famous four months later for a dramatic wind-induced structural collapse that was caught on color motion picture film. Surprisingly the only fatality was a black Cocker Spaniel. The first replacement bridge opened in 1950, and a parallel bridge opened in 2007. The video is amazing. 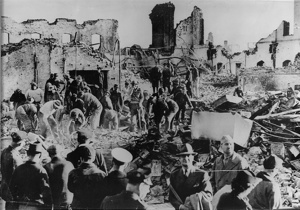 This disaster occurred on the afternoon of Friday, October 20, 1944. The resulting gas leak, explosion and fires killed 130 people and destroyed a one square mile area on Cleveland, Ohio’s east side. At 2:30 p.m. on the afternoon of Friday, October 20, 1944, above ground storage tank number 4, holding liquefied natural gas in the East Ohio Gas Company’s tank farm, began to emit a vapor that poured from a seam on the side of the poorly structured tank. As the gas mixture flowed and mixed with air and sewer gas, the mix ignited. In the ensuing explosion, manhole covers launched skyward as jets of fire erupted from depths of the sewer lines. One manhole cover was found several miles east. At first it was thought that the disaster was contained, and spectators returned home thinking that the matter was being taken care of by the fire department. At 3:00 p.m., a second above ground tank exploded, leveling the tank farm. 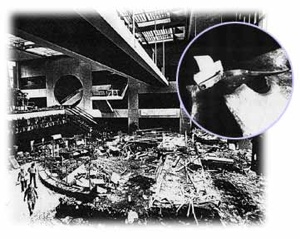 This was a major disaster that occurred on July 17, 1981 in Kansas City, Missouri, killing 114 people and injuring more than 200 others during a tea dance. At the time it was the deadliest structural collapse in U.S. history. On July 17, 1981, approximately 2,000 people had gathered in the atrium to participate in and watch a dance contest. Dozens stood on the walkways. At 7:05 PM, the walkways on the second, third, and fourth floor were packed with visitors as they watched over the active lobby, also full of people. The fourth floor bridge was suspended directly over the second floor bridge, with the third floor walkway set off to the side several meters away from the other two. Construction issues led to a subtle but flawed design change that doubled the load on the connection between the fourth floor walkway support beams and the tie rods carrying the weight of the second floor walkway. This new design could barely handle the weight of the structure itself, much less the weight of the hundreds of spectators standing on it. The connection failed and both walkways crashed onto the lobby, killing 114 people and injuring more than 200 others. 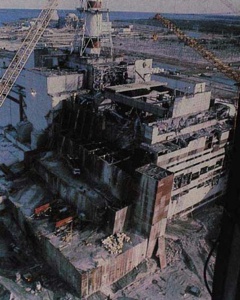 This incident is the worst nuclear power plant accident in history and the only of the level 7 on the International Nuclear Event Scale, resulting in a severe nuclear meltdown. On 26 April 1986 at 01:23:40 a.m. structurally unsound reactor number four at the Chernobyl Nuclear Power Plant located in the Soviet Union near Pripyat in Ukraine exploded. Further explosions and the resulting fire sent a plume of highly radioactive fallout into the atmosphere and over an extensive geographical area. 336,000 had to be relocated. 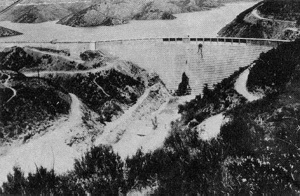 William Mulholland’s career ended on March 12, 1928, when his St. Francis Dam failed just hours after being inspected by Mulholland himself, and sent 12.5 billion US gallons (47,000,000 m³) of water flooding into the Santa Clarita Valley, north of Los Angeles. A 10-story wall of water rolled down the Santa Clara riverbed at 18-mph (29 km/h) towards the sea at Ventura, and the next morning revealed unbelievable catastrophe. The town of Santa Paula lay buried under 20 feet (6 m) of mud and debris; other parts of Ventura County were covered up to 70 feet (21 m). Disaster recovery crews worked for days, and the final death count has been estimated at 450, including 42 school children. 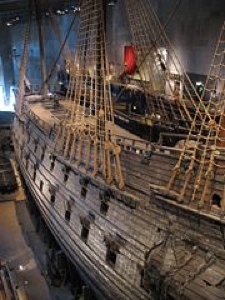 The Vasa was built top-heavy with insufficient ballast and foundered and sunk in 32 meters of water just 120 meters from shore as soon as she encountered a wind stronger than a breeze, just a few minutes after first setting sail on her maiden voyage on August, 10th, 1628. Despite clearly lacking stability even in port, she was allowed to set sail. This was caused by a combination of impatience from King Gustavus Adolphus, who was abroad on the date of her maiden voyage, to see her join the Baltic fleet. An inquiry was organized by the Privy Council to find someone responsible for the disaster, but no sentences were handed out. The death toll reached between 35-50 sailors and crew. 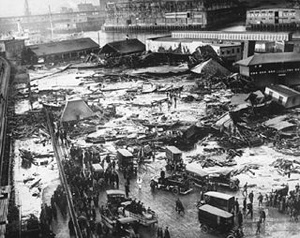 At 529 Commercial Street, a huge molasses tank 50 ft (15 m) tall, 90-ft (27 m) in diameter and containing as much as 2,300,000 US gal (8,700,000 L) collapsed. Witnesses stated that as it collapsed there was a loud rumbling sound like a machine gun as the rivets shot out of the tank, and that the ground shook as if a train were passing by. The collapse unleashed an enormous wave of molasses between 8 and 15 ft (2.5 to 4.5 m) high, moving at 35 mph (56 km/h). The molasses wave was of sufficient force to break the girders of the adjacent Boston Elevated Railway’s Atlantic Avenue structure and lift a train off the tracks. Nearby, buildings were swept off their foundations and crushed. 21 were killed along with 150 injured. 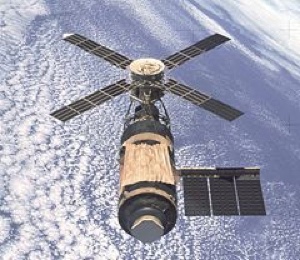 Weighing 75 Metric tons, Skylab was launched 14 May 1973 by a Saturn INT-21 (a two-stage version of the Saturn V launch vehicle) into a 235 nautical mile (435 km) orbit. The launch is sometimes referred to as Skylab 1, or SL-1. Severe damage was sustained during launch, including the loss of the station’s micrometeoroid shield/sun shade and one of its main solar panels. Debris from the lost micrometeoroid shield further complicated matters by pinning the remaining solar panel to the side of the station, preventing its deployment and thus leaving the station with a huge power deficit. The orbiting space station never fully recovered to its initial standards and ultimately the cost reached $3.6 Billion. 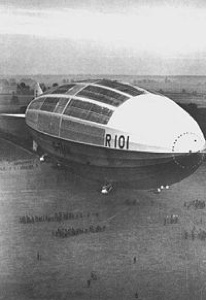 The R101 departed on October 4 at 6:24 p.m. for its intended destination to Karachi via a refueling stop at Ismaïlia in Egypt under the command of Flight Lieutenant Carmichael Irwin. Over France, the R101 encountered gusting winds that tore back the outer covering, exposing and rupturing the first gas bag. The R101 crashed into a hillside near Beauvais, north of Paris, at only 13 mph (20 km/h). The crash ignited the leaking hydrogen and fire quickly engulfed the entire airship. 46 of the 54 passengers and crew were killed. Two men who survived the crash died later in a hospital bringing the total to 48 dead. This particular airship disaster is worse than the ill-fated Hindenburg. 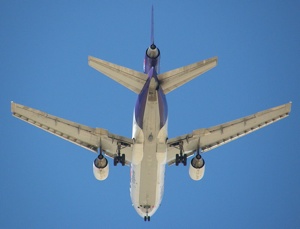 In 1979, after a string of numerous malfunctions including door issues, DC-10s (all series) around the world were grounded following the crash of American Airlines Flight 191. Flight 191 lost its number one wing engine after taking off from O’Hare International Airport in Chicago, USA, May 25, 1979. As the engine separated upwards, it ripped through the leading edge of the wing; rupturing hydraulic lines which caused a hydraulic cylinder that locked the port wing slats to fail. As airspeed was reduced per AA emergency climb-out procedures, the slats retracted, the left wing stalled, the plane rolled left and crashed before the flight crew could recover. All 271 people on board, plus two on the ground, were killed in this accident, the worst single plane crash in America.