Once the days of color movies were well established, a few directors returned to black and white – either for effect, or sometimes even cost. This list is a summary of the best work produced in black and white in modern times. By modern I mean movies that were made using black and white for effect even though color was the most common film format. Films that use splashes of color are allowed, but films which use a lot of full frame color are not (this excludes Pleasantville and American History X). Many thanks to Blogball for suggesting this topic in the forums. NOTE: This list includes only one film per director – for that reason you may find one or two you love missing. 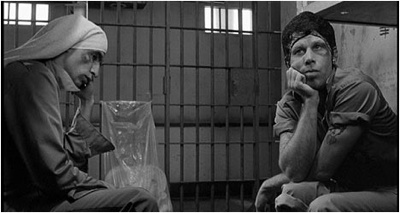 Down By Law is an independent film which tells the story of the arrest, incarceration, and escape of three men from prison. Slow moving camera work captures the environment in which they find themselves (New Orleans and the Bayous) beautifully. The film focuses on the inter-relationships between the men, as opposed to the standard jail type films which tend to focus on the mechanics of the escape. A nice bonus for this movie is that it stars singer-songwriter Tom Waits. 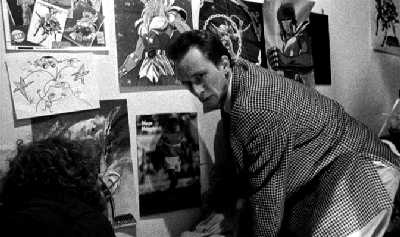 This Belgian black mockumentary features a crew of filmmakers who are following a spree-killer for their documentary. The film was shot on a very low budget and was filmed by four student filmmakers. The documentary makers use a “fly on the wall” approach and follow the charming main character (Benoit) as he kills for pleasure and money. The original French language title of this film is C’est arrivé près de chez vous (It happened near to your house). 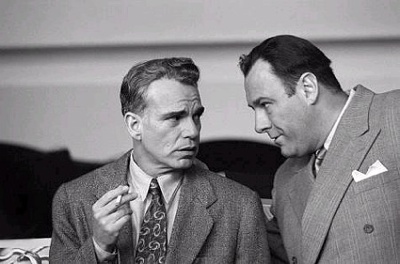 This is probably one of the Cohen Brother’s lesser known films, but it is certainly not one that should be neglected. The film tells the story of a man trying to escape from his humdrum life and it stars Billy Bob Thornton, Scarlett Johansson, and Frances McDormand. The film was actually shot on color film but was released (as intended) in black and white – to give more authenticity to its setting – the 1950s. When it was released, a couple of reels were accidentally released in color. 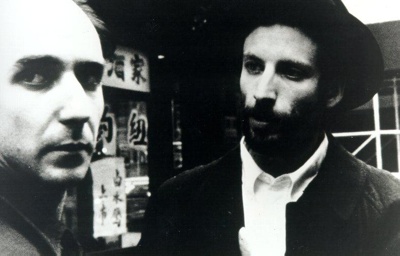 This film (directed by the director of Requiem for a Dream) is about a Mathematical Genius. Due to his genius with numbers, he is pursued by Wall Street companies who want him to work form for financial gains. Add to the mix some strange theories on numbers in the Torah and you have a fascinating, and bizarre movie. The movie was made on a low budget and was filmed on black and white reversal film (a film type that gives you a positive image on the original without having to go through the negative process). 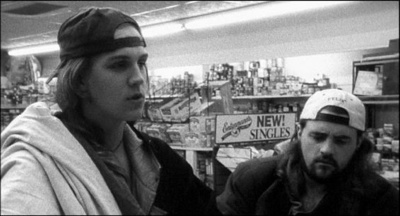 This movie describes a day in the life of two clerks in New jersey. It covers their various mishaps and misdemeanors, which include drug dealers, a wake, a dead customer, and a lot of abuse of customers. The film was shot entirely in black and white and was financed entirely by the director (who sold his comic book collection and maxed out a bunch of credit cards to raise the funds). In total it cost $27,575 to make, and has since made over 3.1 million US dollars. 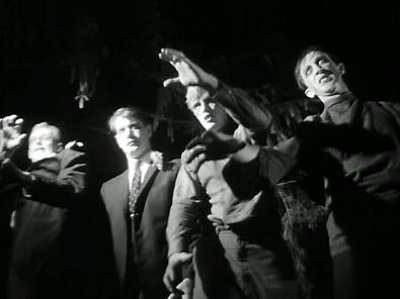 This indie film was produced on a budget of $114,000 US dollars and has made over 40 million worldwide. The film had a great influence of Vietnam-era USA because of its subtle critiques of society. The special effects were all done on the cheap – for example, all of the blood was Bosco chocolate syrup, and mortician’s wax was used to create the zombie effects. The black and white guerilla style filming has been described as giving the unflinching authority of a wartime newsreel. 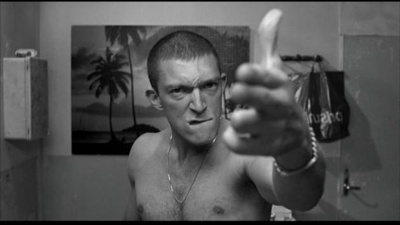 La Haine is a brilliant film about three young men in Paris – an Arab, a Jew, and a Black. The three friends are struggling during times of racial unrest and the film centers around the consequences of a policeman shooting an arab during race riots. I have to confess that this is my all time favorite French film, so be sure to watch it. The black and white film adds to the feeling of authenticity in the riot scenes and might even be considered to be a commentary on the racial aspects of the film (ie, no color signifies the hope that we will live in a world free of color discrimination). 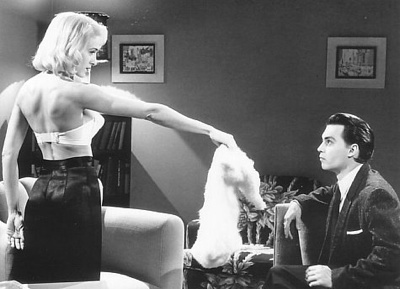 Ed Wood is a cult movie based on the life of the cross-dressing film director the same name. When Tim Burton announced that he wanted to film entirely in black and white, Columbia Pictures refused – saying that it would make the film impossible to sell in foreign markets and on video. Burton refused to change his mind and eventually ended up making the film for Disney where he had complete control. The film only made 5.8 million dollars, but it was highly acclaimed by critics. 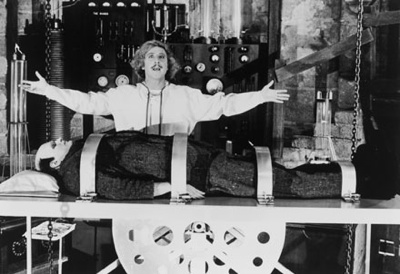 Young Frankenstein is a comedy starring Gene Wilder. The film parodies Mary Shelley’s Frankenstein – in fact, many of the props were the same as those used in the 1930 film of the same tale. To further enhance the atmosphere of the film, Brooks decided to film it entirely in black and white – an unusual choice for its time. The film also used 1930s style scene transitions such as fades to black, wipes and iris outs. 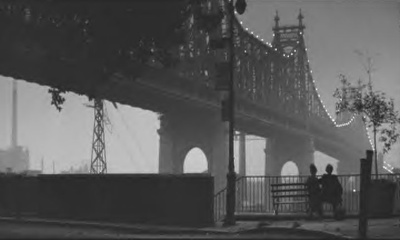 Manhattan is a comedy directed by and starring Woody Allen. The film won the BAFTA award for best film. Woody Allen decided to film in black and white because that was how he remembered Manhattan from his childhood – through picture postcards and books. Allen said: “In Manhattan I really think that we succeeded in showing the city. When you see it there on that big screen it’s really decadent.” When the movie was released to video, Allen demanded that it be released in the same aspect ratio as the big screen – highly unusual at the time. 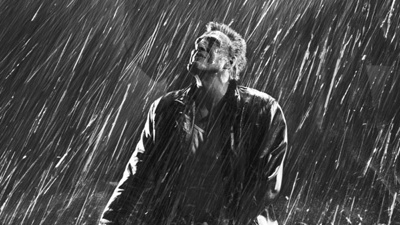 The film Sin City was based on the graphic novel of the same name by Frank Miller. This film is one of the few fully digital, live-action motion pictures. This technique also means that the whole film was initially shot in full color, and was converted back to high-quality black-and-white. Colorization was added later to each scene and the whole thing was treated for heightened contrast to give more separation to the blacks and whites (as is often seen in the film noir tradition). 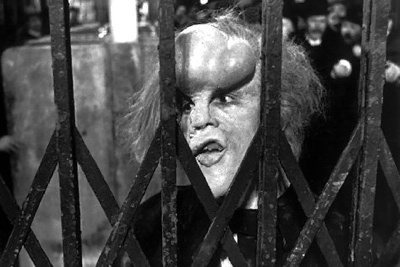 The Elephant Man is a biopic based loosely around the life of Joseph Merrick (a sufferer of Proteus Syndrome – not elephantiasis as is commonly thought). The film was a surprise hit and received eight academy award nominations. The black and white film style gives an authentically historical feeling to this film which is set in the Victorian era. The film was produced by Mel Brooks, who played down his involvement so as to not have people think it might be a comedy. 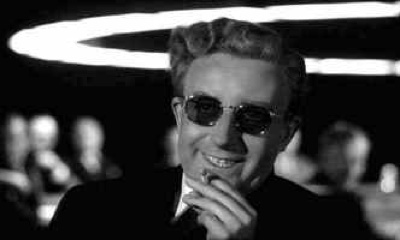 “Dr. Strangelove or: How I Learned to Stop Worrying and Love the Bomb” is a film based on the cold war thriller book Red Alert by Peter George. The film satirizes the doctrine of mutual assured destruction. The film is made entirely in Black and White which some say helps to put an unadorned face on the issues being dealt with. This is, beyond a doubt, one of Kubrick’s greatest movies. 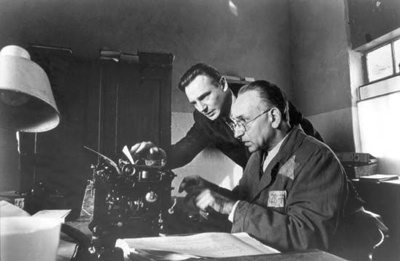 Schindler’s List is based on the life of Oskar Schindler – a German businessman who saved the life of over 1,000 Jews during the second world war. The decision to film in black and white was made to give a timeless feel to the film and it was based on German Expressionism and Italian neorealism. The black and white filming caused difficulties for the set designers who were used to working in color; they had to darken the sets and costumes in order to prevent the actors from blending in. The color red was added to one girl’s coat in order to symbolize the blood on the hands of the allied forces who did nothing to help the Jews at the time. 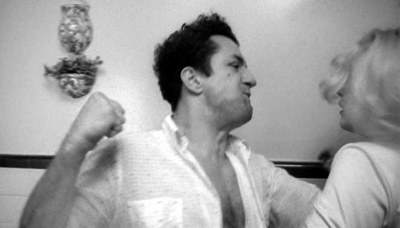 Raging Bull is based on the life story of temperamental boxer Jake LaMotta (played by Robert De Niro). Initially the film received mixed reactions, but it is now considered to be one of the greatest films ever made – along with Taxi Driver – also starring De Niro and directed by Scorsese. Scorsese and the cinematographer (Michael Chapman) decided to film entirely in black and white in order to add period authenticity – the film was set in the 1940s and both men remembered boxing from the period in black and white photographs. The final decision to go black and white was made to help differentiate the film from other boxing movies being released around the same time (such as Rocky).