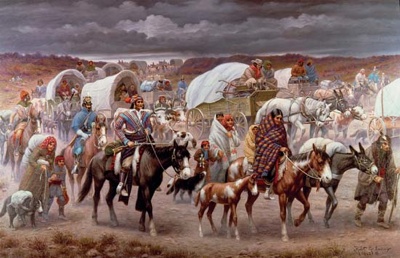 The Trail of Tears was the relocation and movement of Native Americans, including many members of the Cherokee, Creek, Seminole, and Choctaw nations among others in the United States, from their homelands to Indian Territory (present day Oklahoma) in the Western United States. The phrase originated from a description of the removal of the Choctaw Nation in 1831. Many Native Americans suffered from exposure, disease, and starvation while en route to their destinations, and many died, including 4,000 of the 15,000 relocated Cherokee. By 1837, 46,000 Native Americans from these southeastern nations had been removed from their homelands thereby opening 25 million acres for settlement by European Americans 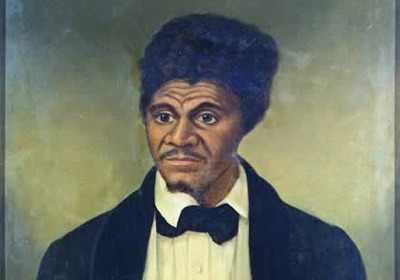 The Dred Scott Decision was a decision by the United States Supreme Court that ruled that people of African descent imported into the United States and held as slaves, or their descendants—whether or not they were slaves—were not protected by the Constitution and could never be citizens of the United States. It also held that the United States Congress had no authority to prohibit slavery in federal territories. The Court also ruled that because slaves were not citizens, they could not sue in court. Lastly, the Court ruled that slaves—as chattel or private property—could not be taken away from their owners without due process. 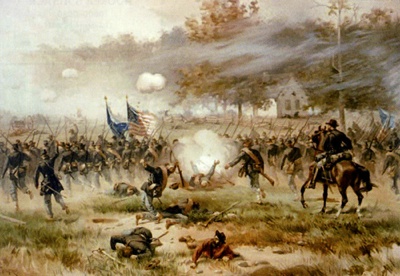 The battle of Antietam, fought on September 17, 1862, near Sharpsburg, Maryland, and Antietam Creek, as part of the Maryland Campaign, was the first major battle in the American Civil War to take place on Northern soil. It was the bloodiest single-day battle in American history, with about 23,000 casualties. The Union had 12,401 casualties with 2,108 dead. Confederate casualties were 10,318 with 1,546 dead. This represented 25% of the Federal force and 31% of the Confederate. More Americans died on September 17, 1862, than on any other day in the nation’s military history. Several generals died as a result of the battle, including Maj. Gens. Joseph K. Mansfield , Israel B. Richardson and Brig. Gen. Isaac P. Rodman on the Union side (all mortally wounded), and Brig. Gens. Lawrence O. Branch, William E. Starke on the Confederate side (killed). 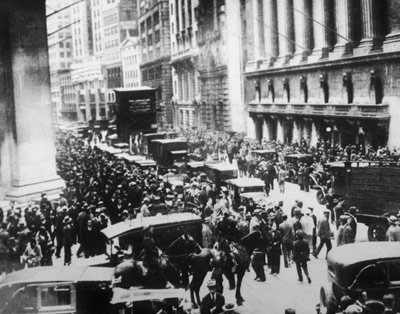 A massive drop in value of the stock market helped trigger the Great Depression which lasted until the increased economic activity spurred by WW2 got us going back in the right direction. The Great Depression had devastating effects in virtually every country, rich and poor. Personal income, tax revenue, profits and prices dropped, and international trade plunged by a half to two-thirds. Unemployment in the United States rose to 25% and in some countries rose as high as 33%. Cities all around the world were hit hard, especially those dependent on heavy industry. Construction was virtually halted in many countries. Farming and rural areas suffered as crop prices fell by approximately 60 percent. 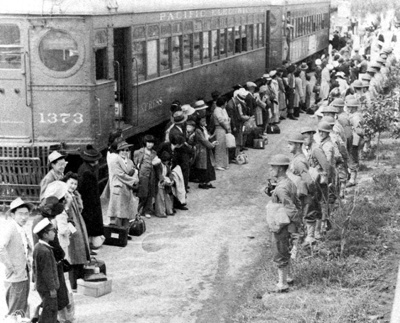 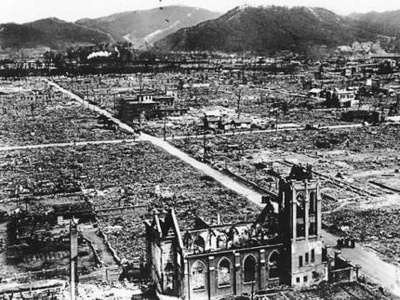 A decision was taken to drop atomic bombs on Japanese civilians killing roughly 200,000 people in total to ‘shorten’ the war. ( It completely ignored the fact that war is between armies, not civilians). On Monday, August 6, 1945, at 8:15 AM, the nuclear bomb ‘Little Boy’ was dropped on Hiroshima by an American B-29 bomber, the Enola Gay, directly killing an estimated 80,000 people. By the end of the year, injury and radiation brought total casualties to 90,000-140,000. Approximately 69% of the city’s buildings were completely destroyed, and about 7% severely damaged. On August 9, 1945, Nagasaki was the target of the world’s second atomic bomb attack (and second plutonium bomb; the first was tested in New Mexico, USA) at 11:02 a.m., when the north of the city was destroyed and an estimated 40,000 people were killed by the bomb nicknamed “Fat Man.” According to statistics found within Nagasaki Peace Park, the death toll from the atomic bombing totaled 73,884, as well as another 74,909 injured, and another several hundred thousand diseased and dying due to fallout and other illness caused by radiation. 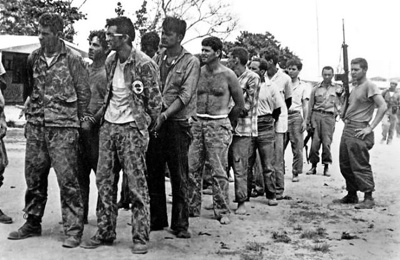 Kennedy’s decision to go forward with the invasion and then deny them air support doomed the entire enterprise to failure. Today, 44 years later, Fidel Castro, a diehard enemy of the United States, is still in power. The plan was launched in April 1961, less than three months after John F. Kennedy assumed the presidency in the United States. The Cuban armed forces, trained and equipped by Eastern Bloc nations, defeated the exile combatants in three days. Bad Cuban-American relations were made worse by the 1962 Cuban Missile Crisis. The invasion is often criticized as making Castro even more popular, adding nationalistic sentiments to the support for his economic policies. Following the initial attacks by 8 CIA-owned B-26s on Cuban airfields, he declared the revolution “Marxist-Leninist”. There are still yearly nationwide drills in Cuba during the ‘Dia de la Defensa’ (Defense Day) to prepare the population for an invasion. 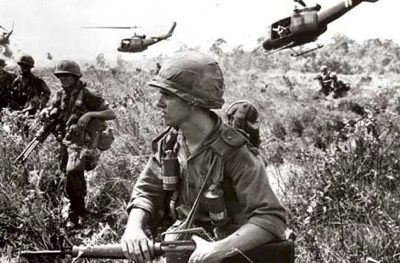 The United States entered the war to prevent a communist takeover of South Vietnam as part of their wider strategy of containment. Military advisors arrived, beginning in 1950. U.S. involvement escalated in the early 1960s, with U.S. troop levels tripling in 1961 and tripling again in 1962. The war exacted a huge human cost in terms of fatalities, including 3 to 4 million Vietnamese from both sides, 1.5 to 2 million Laotians and Cambodians, and 58,159 U.S. soldiers. The Case-Church Amendment, passed by the U.S. Congress in response to the anti-war movement, prohibited direct U.S. military involvement after August 15, 1973. U.S. military and economic aid continued until 1975. The capture of Saigon by North Vietnamese army in April 1975 marked the end of Vietnam War. North and South Vietnam were reunified the following year. 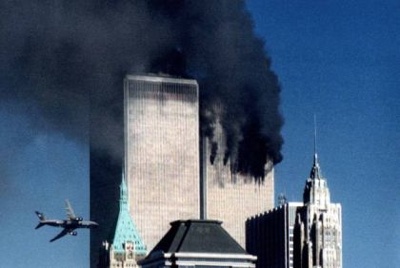 Terrorist madmen attack the Twin Towers and Pentagon, kill nearly 3000 Americans, and set off a war on terrorism. (Some accounts suggest it was an inside job, or a horrific case of neglect). Afghanistan invaded to destroy the groups (Taliban & al Qaeda) America itself made, trained & armed to fight the Russian invasion. The campaign is still going on and has spilled into neighboring Pakistan, India & Iran, highlighting the inability of American forces to contain the war. The initial attack removed the Taliban from power, but Taliban forces have since regained some strength. T he war has been less successful in achieving the goal of restricting al-Qaeda’s movement than anticipated. Since 2006, Afghanistan has seen threats to its stability from increased Taliban-led insurgent activity, record-high levels of illegal drug production, and a fragile government with limited control outside of Kabul 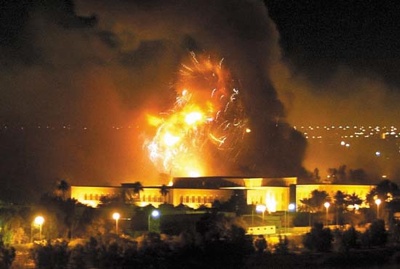 The ‘Invasion of Iraq’ on the basis of alleged reports saying Iraq possesses WMD’s. Nothing found but hundreds of thousands of lives shattered. Bush later admitted that “[my] biggest regret of the presidency has to have been the intelligence failure in Iraq. In 2005, the Central Intelligence Agency released a report saying that no weapons of mass destruction had been found in Iraq. The invasion of Iraq was strongly opposed by some traditional U.S. allies, including France, Germany, New Zealand, and Canada. Their leaders argued that there was no evidence of WMD and that invading Iraq was not justified in the context of UNMOVIC’s February 12, 2003 report. On February 15, 2003, a month before the invasion, there were many worldwide protests against the Iraq war, including a rally of three million people in Rome, which is listed in the Guinness Book of Records as the largest ever anti-war rally. According to the French academic Dominique Reynié, between January 3 and April 12, 2003, 36 million people across the globe took part in almost 3,000 protests against the Iraq war, but the decision remained & Iraq was invaded. 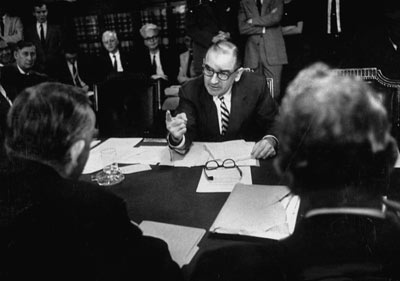 McCarthyism is the politically motivated practice of making accusations of disloyalty, subversion, or treason without proper regard for evidence. Originally coined to criticize the anti-communist pursuits of U.S. Senator Joseph McCarthy, “McCarthyism” soon took on a broader meaning, describing the excesses of similar efforts. During the post–World War II era of McCarthyism, many thousands of Americans were accused of being Communists or communist sympathizers and became the subject of aggressive investigations and questioning before government or private-industry panels, committees and agencies. Many people suffered loss of employment, destruction of their careers, and even imprisonment. Historian Ellen Schrecker wrote that “in this country, McCarthyism did more damage to the constitution than the American Communist Party ever did.”