The world is full of secret and exclusive places that we either don’t know about, or simply couldn’t visit if we wanted to. This list takes a look at ten of the most significant places around the world that are closed to the general public or are virtually impossible for the general public to visit. 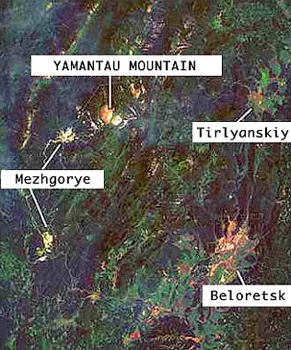 Mezhgorye is a closed town in Russia which is believed to house people working on the highly secret Mount Yamantaw. The town was founded in 1979. Mount Yamantaw stands at 1,640 metres (5,381 ft) and is the highest mountain in the southern Urals. Along with Kosvinsky Mountain (600 km to the north), it is suspected by the United States of being a large secret nuclear facility and/or bunker. Large excavation projects have been observed by U.S. satellite imagery as recently as the late 1990s, during the time of Boris Yeltsin’s pro-Western government after the fall of the Soviet Union. Two garrisons, Beloretsk-15 and Beloretsk-16, were built on top of the facility. Repeated U.S. questions have yielded several different responses from the Russian government regarding Mount Yamantaw. They have said it is a mining site, a repository for Russian treasures, a food storage area, and a bunker for leaders in case of nuclear war. 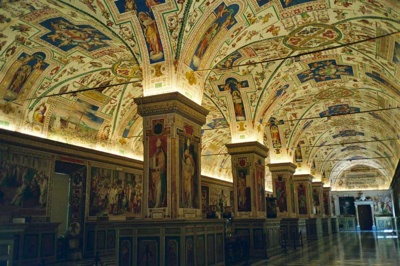 This has been mentioned on a previous list – the archives are not secret despite their names. You can view any document you wish. But you cannot enter the archive. You must submit your request for a document and it will be supplied to you. Despite the foolishness of the recent junk from Ron Howard and Dan Brown (Angels and Demons) the documents are all available and there are no copies of suppressed scientific theories or great works that were banned. The only documents you can’t access are those which are not yet 75 years old (in order to protect diplomatic and governmental information). Indexes are available for people who want to see if a document exists in the archives. The Vatican Secret Archives have been estimated to contain 52 miles (84 km) of shelving, and there are 35,000 volumes in the selective catalogue alone. 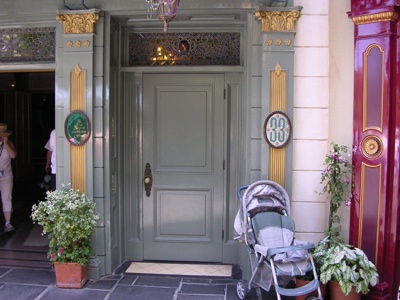 Contrary to popular belief, Disneyland has a full liquor license which is used when the place closes down to the general public to accommodate private parties. But there is one place in Disneyland that is always open to sell booze: Club 33. Club 33 is a private club located in the heart of the New Orleans Square section of Disneyland. Officially maintained as a secret feature of the theme park, the entrance of the club is located next to the Blue Bayou Restaurant at “33 Royal Street” with the entrance recognizable by an ornate address plate with the number 33 engraved on it. Fees for joining range from 10 – 30 thousand US dollars and membership comes with a car park. If you want to join the club, you have to go to the end of the fourteen year waiting list. 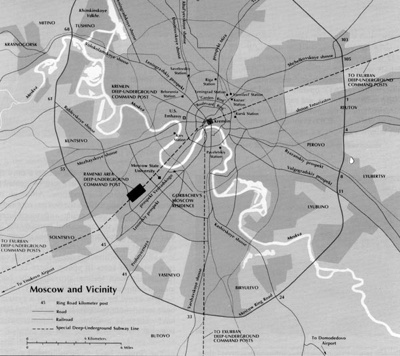 Metro-2 in Moscow, Russia is a purported secret underground metro system which parallels the public Moscow Metro. The system was built supposedly during (or from) the time of Stalin and codenamed D-6 by the KGB. Russian journalists have reported that the existence of Metro-2 is neither confirmed nor denied by the Federal Security Service of the Russian Federation (FSB) or the Moscow Metro administration. The length of Metro-2 is rumored to exceed even that of the “civil” (i.e. public) Metro. (It is said to have 4 lines and lie 50 to 200 m deep. It is said to connect the Kremlin with the FSB headquarters, the government airport at Vnukovo-2, and an underground town at Ramenki, in addition to other locations of national importance. Needless to say, the fact that no one confirms its existence makes it pretty difficult to visit. 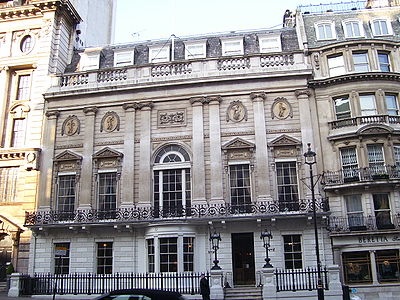 White’s is the most exclusive English gentlemen’s club. It was founded in 1693 by Italian Francesco Bianco (Francis White) to sell the newly discovered hot chocolate but eventually became a typical (but extremely private) gentlemen’s club. The club is famous for its “betting book” in which members make bizarre gambles. The most famous of which is a 3,000 pound bet on which of two raindrops would slide down the window first. So why is this club on the list? Women are excluded completely from membership, so that is half our audience out. Secondly, men who want to join this exclusive club can only do so if invited by a sitting member who has the support of two other members. Unless you are a member of royalty, or are extremely powerful in politics or the arts, you are unlikely to ever see the exclusive White’s invitation. 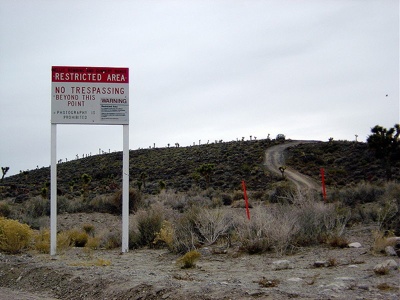 I have put this so high on the list because it is the one place most readers are likely to expect to see. Area 51 is a nickname for a military base that is located in the southern portion of Nevada in the western United States, 83 miles (133 km) north-northwest of downtown Las Vegas. Situated at its center, on the southern shore of Groom Lake, is a large secretive military airfield. The base’s primary purpose is to support development and testing of experimental aircraft and weapons systems. The intense secrecy surrounding the base, the very existence of which the U.S. government barely acknowledges, has made it the frequent subject of conspiracy theories and a central component to unidentified flying object (UFO) folklore. The sign above states that deadly force can be used if people enter the Area 51 zone. 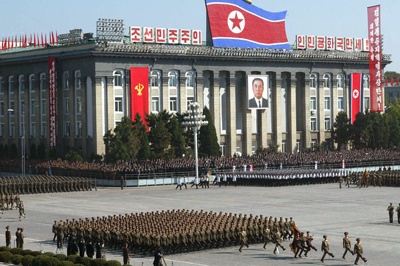 Room 39 or Bureau 39 is arguably one of the most secretive organizations in North Korea that seeks ways to obtain foreign currency for Kim Jong-il, North Korea’s Chairman of the National Defense Commission. Room 39 was established in the late 1970s. It has been described as the lynchpin of the North’s so-called “court economy” centered on the dynastic Kim family. It is unknown how the name originated. Very little is known about Room 39 due to the secretive nature surrounding the organization, but it is widely speculated that the organization uses 10 to 20 bank accounts in China and Switzerland for the purposes of counterfeiting, money laundering, and other illicit transactions. It is also alleged that Room 39 is involved in drug smuggling and illicit weapon sales. It is known, however, that the organization has 120 foreign trade companies under its jurisdiction and is under the direct control of Kim Jong-il. North Korea has denied taking part in any illegal activities. Room 39 is believed to be located inside a ruling Workers’ Party building in Pyongyang, the capital city of North Korea. 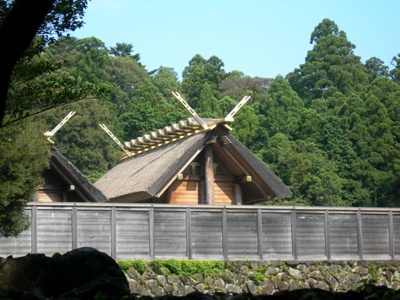 The Ise Grand Shrine in Japan (which is actually a series of over 100 shrines) is the most sacred shrine in Japan. It is dedicated to Amaterasu (the Sun goddess) and has been in existence since 4BC. The main shrine is alleged to hold the most important item in Japan’s imperial history: the Naik? (the mirror from Japanese mythology which eventually ended up in the hands of the first emperors). The shrine is demolished and rebuilt every 20 years in keeping with the Shinto idea of death and rebirth (the next rebuilding will be in 2013). This ranks very high on the list of places you will never go because the only person who can enter is the priest or priestess and he must be a member of the Japanese imperial family. So unless we have a Japanese prince or princess reading the site, no one here will ever see anything more than the thatched roof of the Ise Grand Shrine.

This is a place that is not only closed to the public, but it is a place that the public hope to never have to enter! In most “end of the world” films we see these days, there is always a highly classified area where US government officials and a chosen few get to go in the hopes that they can escape the impending doom. The Mount Weather Emergency Operations Center is the real thing. It was set up in the 1950s due to the cold war but continues to operate today. It is a “last hope” area. For obvious reasons its operations are highly classified. It is run by the Federal Emergency Management Agency (FEMA). The center is already functioning and even in small local disasters in the US, much of the telecommunications traffic is routed through it. 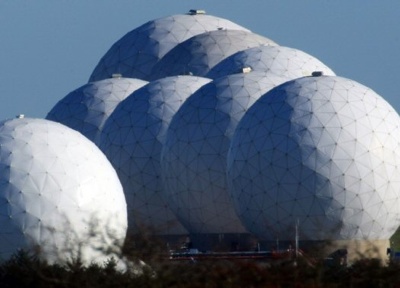 RAF Menwith Hill is a British military base with connections to the global ECHELON spy network. The site contains an extensive satellite ground station and is a communications intercept and missile warning site and has been described as the largest electronic monitoring station in the world. The site acts as a ground station for a number of satellites operated by the US National Reconnaissance Office, on behalf of the US National Security Agency, with antennae contained in a large number of highly distinctive white radomes, and is alleged to be an element of the ECHELON system. ECHELON was reportedly created to monitor the military and diplomatic communications of the Soviet Union and its Eastern Bloc allies during the Cold War in the early 1960s, but since the end of the Cold War it is believed to search also for hints of terrorist plots, drug dealers’ plans, and political and diplomatic intelligence. It has also been involved in reports of commercial espionage and is believed to filter all telephone and radio communications in the nations which host it – an extreme violation of privacy.