This is the second installment of the twenty greatest robberies in history. You can view the original list here. This final installment of the list includes a character who should be very well known on Listverse – DB Cooper; he has appeared on at least two lists in the past due to his mysterious disappearance after the heist. 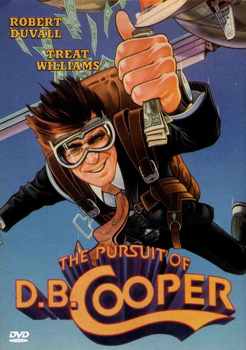 While technically not a robbery, nor overly large, it’s a crime that has captivated the American public for almost 30 years and no list would be complete without it. In November, 1971, Northwest Orient Airlines Flight 305 was hijacked with a briefcase “bomb” by a man who booked a flight under the name Dan Cooper. After handing a flight attendant a note outlining the situation, Cooper instructed the pilot to land at an airport where passengers were exchanged for $200,000 and 4 parachutes. Cooper then ordered the pilot to head for Mexico. Despite the fact that jet fighters were shadowing the plane, they never noticed the tiny figure of DB Cooper leap from the aircraft, due to the heavy rain at the time. Despite an extensive search, no trace of DB Cooper was ever found. The FBI believe that he did not survive the jump. In 1980, $5,880 of the ransom money was found on the banks of the Columbia River. 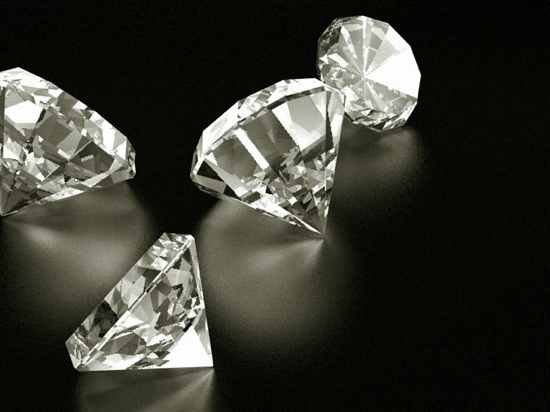 While there are certainly larger robberies that did not make this list, this is one of the most amazing robberies of all time, due to the fact that other than the missing jewels and one smashed window, there is actually no evidence of a robbery. The Museon was putting on an exhibition for the public to show the mining, cutting and polishing process of some of the world’s most historical stones, some of which belonged to royal families and dated back centuries. Despite 24 hour security guards, no one saw a thing. Video surveillance monitoring every square inch of the museum spotted nothing. Motion detectors placed throughout were never triggered. The cabinets were made from reinforced glass, yet showed no signs of tampering. Museum staff returned to work to find 6 of the 28 cases empty. While the haul was reported to be worth about $12 million, insiders say the stolen gems were priceless due to their historical significance. Detectives never got a single lead on the robbery and none of the stolen pieces have ever shown up. 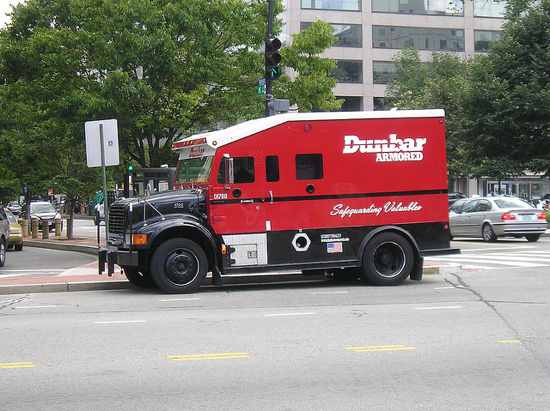 Allan Pace was the regional safety inspector for Dunbar Armored, and as such had key inside knowledge of procedures that he put to good, or rather ill, use. He recruited 5 childhood friends to assist him in the largest cash robbery on US soil. After timing the security cameras so that he knew when he could be invisible, he used his own keys to access the facility. After ambushing the guards one by one from the staff cafeteria, the gang rushed the vault guards and subdued them before any alarms could be triggered. They then spent half an hour loading millions of dollars into a U-Haul, loading only the highest value bags with non-sequential bills. After loading nearly $20 million, Pace then took the recording devices from the cameras, taking the evidence with him. Police soon figured out it was an inside job due to no signs of forced entry, but had no leads. It wasn’t until one of Pace’s partners in crime stupidly gave a stack of bills still wrapped in the original cash straps to an associate that police finally got their break. Pace was ratted out by one of his own men and sentenced to 24 years in prison. $10 million of the stolen money is still unaccounted for, suggesting Allan Pace may have a nice pay day awaiting him when he is released in 2021. 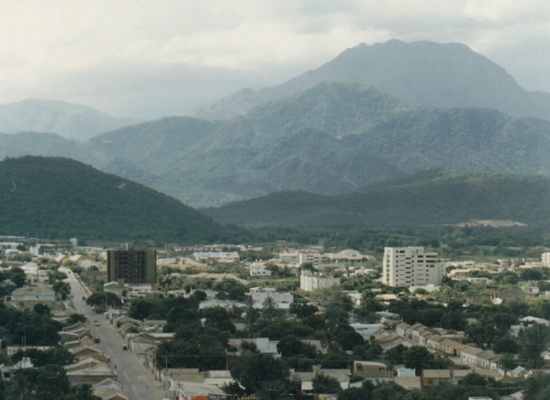 Unfortunately, I have been able to find very little on this robbery. On the night of 16th October 1994, 10 men broke into the Bank of the Republic in Valledupar, Colombia and made off with over US $28 million worth of pesos. The money was in non-circulating bills. If anyone has any further info, please add it in the comments below. 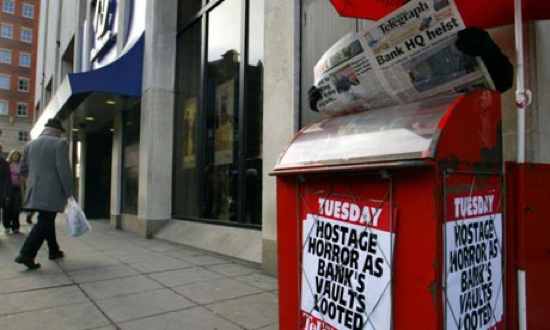 Police believe the IRA was responsible for a raid which netted over £26 million in 2004. A gang of men disguised themselves as police officers and then broke into the homes of two bank officials, taking them and their families hostage. While their families were being kept hostage, the two officials returned to work the next day as though nothing was wrong. After other staff had left for the day, they let the bank robbers in, where they plundered the bank and loaded the loot into a white van. They then returned for a second load some time later, because, as everyone knows, one van load of cash just isn’t enough. The bank recalled their notes from circulation and issued new ones in a different color, rendering about £10 million of the money useless. A number of people have been arrested in connection to the robbery, including suspected IRA members and even one of the bank officials whose family was taken “hostage.” 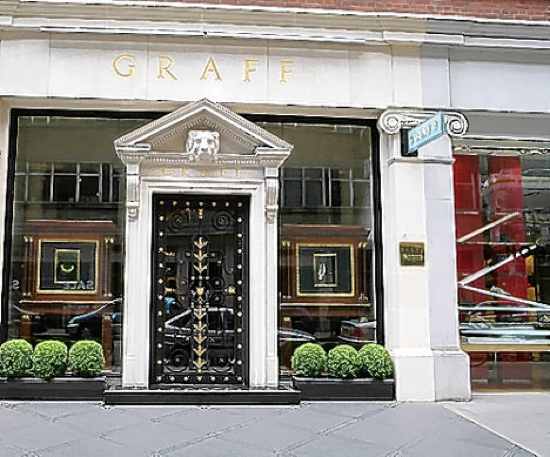 This same store has had two massive heists go down in the last six years. The larger of the two occurred this year, where two men posed as customers and made off with 43 items worth £40 million. After arriving by taxi, they entered the store and pulled two pistols on frightened staff. They had previously spent 4 hours with a make-up artist to disguise themselves. After exiting the store, they briefly held an employee hostage and then made off in a blue BMW. They switched vehicles another two times, and then disappeared without a trace. Four men have since been arrested in connection with the robbery. The other robbery occurred in 2003, where two men belonging to the international jewel thief network Pink Panthers, robbed the store of 47 pieces worth £23 million. The Pink Panthers have been responsible for at least 120 robberies around the world. 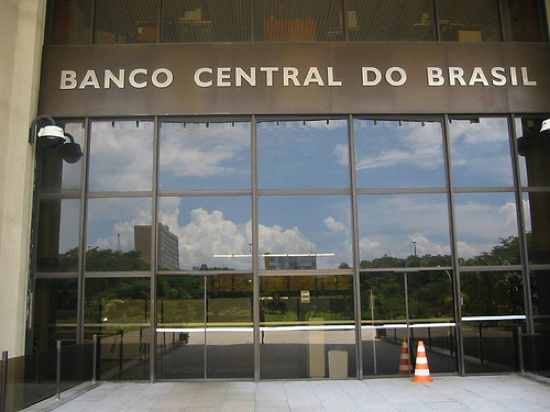 This is a plot that you would think only Hollywood could dream up. A gang of men tunneled 255 feet under 2 city blocks over the course of 3 months from a house they had rented earlier. The tunnel featured air conditioning and lighting, so the guys didn’t have to break a literal sweat. They covered their activities by setting up a fake gardening business from the rented house, and drove the soil away under the cover of legitimacy. When they had finally reached the vault, they disabled the banks sensors and alarms and then stole 5 containers of cash over the weekend (weighing 3.5 tonnes) at their leisure. The money was not numbered sequentially, making it impossible to trace. Numerous men have been arrested in connection to the robbery, while the mastermind, Luis Ribeiro, was found dead on the side of a road after being kidnapped by corrupt police officers. He was murdered after a ransom was paid for his release. 18 suspects remain at large and only $9 million has been recovered. The money was uninsured. 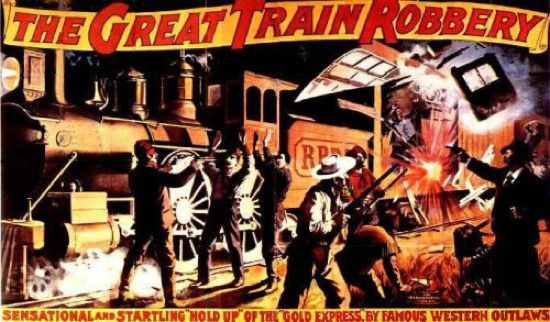 Ronnie Biggs is to the English what DB Cooper is to Americans. He was part of a 15 strong gang led by Bruce Reynolds, who robbed a mail train in 1963. The haul is the equivalent of about $74 million today. After receiving information from an insider, the gang donned ski masks and gloves and tampered with the track signal to stop the train. They made off with 120 mail bags, despite having no guns between them. They attempted to burn down the farmhouse they used as a hideout, but did such a terrible job that the police were able to get everyone’s fingerprints. 12 of the 15 were found and convicted, but Ronnie Biggs managed to escape prison in 1965, adding to his legend. He had plastic surgery and fled to Brazil via Paris and Australia, and remained on the run until his voluntary return to Britain in 2001. He was once again incarcerated but was released in 2009 due to ill health. 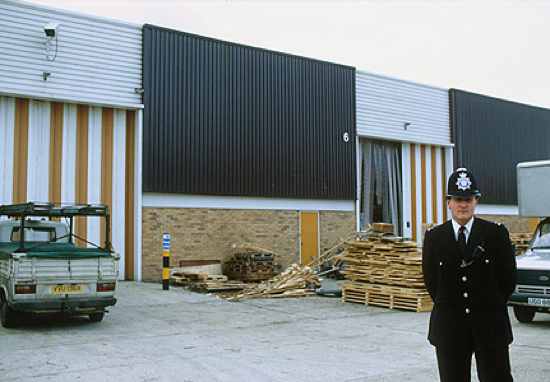 Six men hit the jackpot of a lifetime when they broke into the Brinks Mat Warehouse in 1983 expecting to find £3 million in cash. Instead, they stumbled across nearly 9 times that amount in gold bullion, which would be worth an absurd sum in today’s money. Brian Robinson, the mastermind of the robbery, used his brother-in-law, Anthony Black- a security guard at the warehouse- to gain entry and intel of the complex. It didn’t take Scotland Yard long to make the family connection, and Black confessed his role in the crime. He served 3 years, while Robinson was sentenced to 25 years in prison. 3 tonnes of the gold has never been recovered and is believed to be in circulation after being melted down. 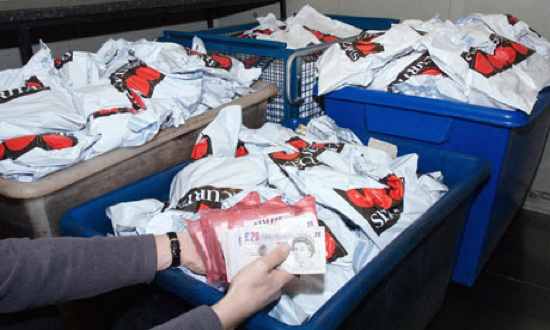 Amazingly, it wasn’t jewels, but over $92 million in cold hard cash. Colin Dixon, the manager of the Depot, was driving home after work when he was subsequently pulled over by an unmarked police car and placed “under arrest” where he was transferred to a white van. Simultaneously, his wife and son were taken hostage by uniformed “police officers” and then taken to the Depot the next day at gunpoint, where Dixon was informed that they would be killed if he did not cooperate. The 6 gunmen then took 14 more employees hostage before loading £53 million into their vehicles. They fled the scene, leaving the hostages unharmed. Over 30 people have been arrested in connection with the crime, one as far away as Morocco. Several have been convicted and are currently serving prison sentences. Almost £20 million has been recovered so far.