The National Socialist German Workers’ Party (Nazi party) is one of the most infamous political systems in the history of the earth, made famous by their severe acts of cruelty and completely inhuman behavior. Despite that, the Nazi government implemented a number of policies which were for the good of their people and those of the future; many of these policies are now implemented by our own governments.

Please note: this list is NOT an endorsement of the Nazi regime which is, clearly, one of the most evil in history – second only to Stalinist Russia. This list hopefully shows that even amidst great evil, the good of man is still able to shine through. This list is an homage to those men and women living in Nazi Germany who were able to make change for good whilst living under a severely corrupt and wrong regime. 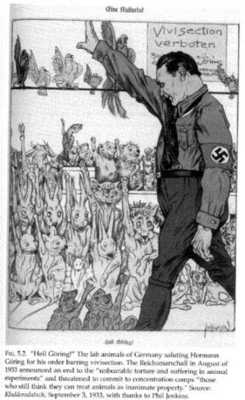 Nazi Germany was the first country to ban vivisection in the world, enacting a total ban in April 1933. The measure to ban vivisection was a huge concern and was put forth to the Reichstag as early as 1927. High ranking Nazis such as Hermann Goring, Heinrich Himmler and Adolf Hitler were very concerned about animal conservation, particularly pertaining as to how animals were butchered. Most current laws in Germany, and indeed the world, are derived from the laws put forth by the Nazi Party. This is, obviously, incredibly ironic as while on the one hand they defended the lives of brute animals, whilst on the other hand cruelly slaughtered Catholics, homosexuals, gypsies, and jews.

Hermann Goring, who was established as the Prime Minister of Prussia, had this to say:

“An absolute and permanent ban on vivisection is not only a necessary law to protect animals and to show sympathy with their pain, but it is also a law for humanity itself…. I have therefore announced the immediate prohibition of vivisection and have made the practice a punishable offense in Prussia.

Until such time as punishment is pronounced the culprit shall be lodged in a concentration camp.”

The above picture is a cartoon showing animals saved from vivisection saluting Hermann Goring. The sign in the window says “Vivisection Forbidden”. 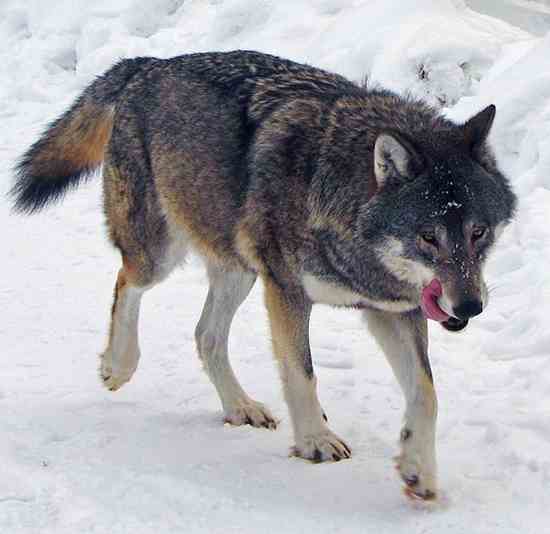 When the Nazis came to power in 1933, their concerns not only laid with the people, but with the animals native to Germany. In 1934, a national hunting law was passed to regulate how many animals could be killed per year, and to establish proper ‘hunting seasons’. These hunting laws have now been applied in most western countries.

This law was known as Das Reichsjagdgesetz, the Reich Hunting Law. The Reichstag also footed the bill for education on animal conservation at Primary, Secondary and College levels. Additionally, in 1935, another law was passed, the Reichsnaturschutzgesetz (Reich Nature Protection Act). This law placed several native species on a protection list including the wolf and Eurasian lynx. Additions were added later as to afforestation and the humane slaughter of living fish.

Without this law it is likely some species would have completely disappeared from Germany’s forests. 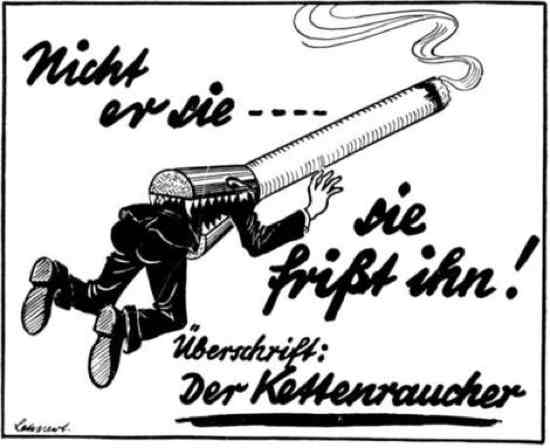 It is rumored that Adolf Hitler was so opposed to smoking in his later life that he couldn’t stand someone lighting up in the same room, and often felt obligated to object to it as a waste of money. Thus, he began one of the most expensive and effective tobacco movements throughout history. While during the 1930s and 1940s, other anti-tobacco movements failed fantastically in other countries, it was taken seriously in Nazi Germany.

The Nazis banned smoking in restaurants and public transportation systems, citing public health, and severely regulated the advertising of smoking and cigarettes. There was also a high tobacco tax, and the supplies of cigarettes to the Wehrmacht were rationed. Several health organizations in Nazi Germany even began claiming that smoking heightened the risks of miscarriages by pregnant women, now a commonly known fact.

The statistics of annual cigarette consumption per capita as of 1940 had Germany at only 749, while Americans smoked over 3,000.

The picture above says “He does not devour it, it [the cigarette] devours him!” 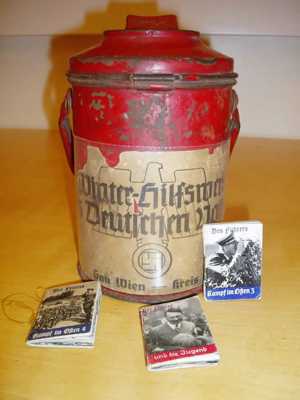 Nazi Germany had one of the largest public welfare programs in history, based on the philosophy that all Germans should share a standard of living.

One of the most famous of these was the Winter Relief program, where high ranking Nazis and common citizens both took to the streets to collect charity for the unfortunate. This was not only an extremely intelligent propaganda move, but also a ritual to generate general good public feeling toward those in need. Posters urged people to donate rather than give directly to beggars. Joseph Goebbels, himself a high ranking Nazi in control of Radio, Television and Propaganda, often participated in these events.

But how was the cost of this met? Largely from the stealing of belongings from those people considered enemies of the regime. The Nazi government stole immense amounts of money from their population and used it to fund a social welfare scheme that favored select members of society. Modern schemes modeled on this system are funded by taxes that steal from everyone.

Pictured above is a canister used for the Winter Relief Fund effort. 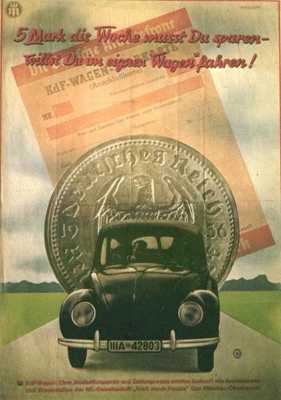 Literally meaning “People’s Car”, this vehicle was presented as a car that every German citizen could afford to buy. It was based on the advice of Hitler to the designer, saying that it should resemble a beetle. The car was a huge success (it was made available to citizens of the Third Reich through a savings scheme at 990 Reichsmark, about the price of a small motorcycle), but toward the end of the war resources were low and public availability declined. The Volkswagen emerged more as a military vehicle toward the end of the Third Reich.

However this has not stopped it from being one of the most popular vehicles in the world, known for reliability, stylish design (though some might question that!) and ease of use. 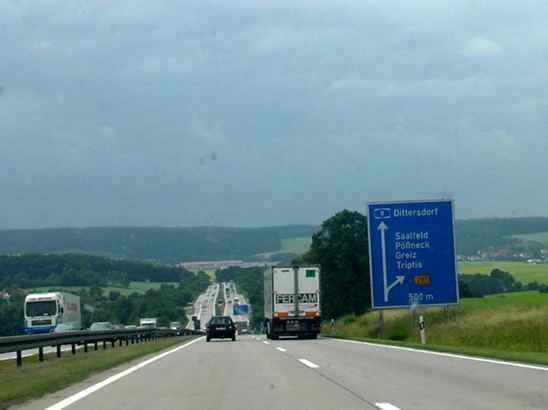 While not originally conceived by the Nazis, Hitler was an enthusiastic supporter of the idea and pushed for the largest network of roads to be built across Germany. Established as the first freeway system in the world, the autobahn was a revolutionary feat of engineering that forever changed the way humans travel. Thousands of countries have emulated the system Hitler put in place, including America and Britain. It is single handedly the largest network of roadways in the world, with roads stretching all across the country, even to other countries such as Austria.

The construction of this roadway wasn’t only revolutionary in itself, it provided over 100,000 workers with jobs necessary for the economic recovery efforts. It was a goal of the Nazi party to try and bring the country into a sense of unity through the roadway system, and for the most part it was successful. Aircraft was tested on the long, smooth, straight sections of road and Grand Prix racing teams are known to practice on them. 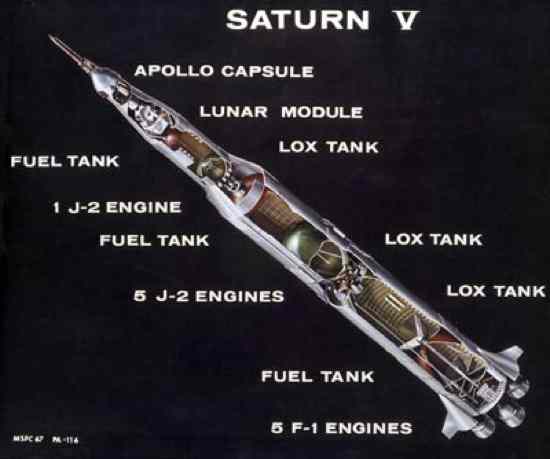 The man who invented rockets as we know them today, Wernher Von Braun, was a member of the Nazi party and commissioned Schutzstaffel Officer. He aided both Germany and the United States in the use of rockets during and after WW2, and eventually became a naturalized U.S. Citizen.

Although he pioneered many areas, including the installation of liquid-fueled rockets in aircraft and orbit to ground missiles, he is best known for his achievements in NASA.

His best achievement there was undoubtedly the development of the Saturn V booster rocket, that helped man to finally touch the moon, in July 1969. Von Braun officially opened the gate to space travel through his innovative inventions…as well as creating one of the most destructive methods of war known to mankind. 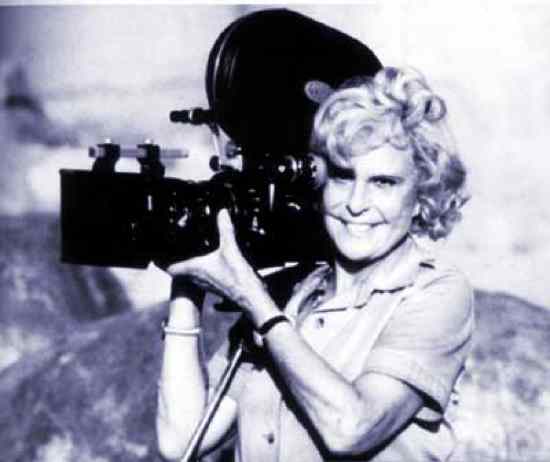 The Nazis were very interested in both film and music as propaganda techniques and essential cultural pillars. The first known magnetic tape recording was of a speech made by Hitler, and Joseph Goebbels pushed for more complicated methods of filming.

For example, the propaganda film ‘Triumph of the Will’, the sequel to the former propaganda film ‘Triumph of the Faith’, is regarded as one of the most important pieces of cinematographic history. The director, Leini Riefenstahl (pictured above) used an astounding thirty film cameras and over one hundred technicians to produce the two hour film. Since Triumph of the Will had an unlimited budget, the latest technologies were used. Cranes and track-rail filming were used, techniques still used today to make a smooth ‘traveling’ effect.

Ultimately, the propaganda films are dead, but the techniques developed at the time are seen regularly in the latest great Hollywood blockbusters. 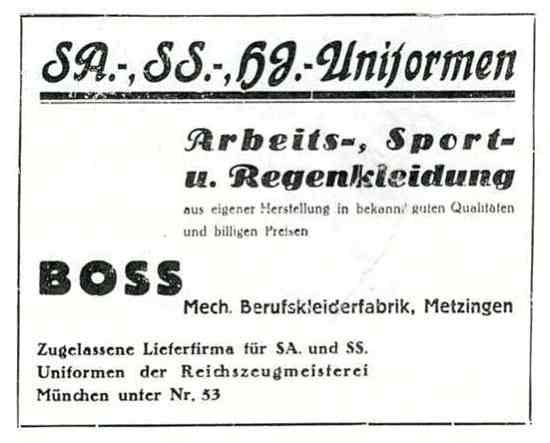 The Nazi style of uniform was as bold as their style of government. Thick-soled leather boots, slouch hats, cowhide coats, and peak hats were some of the staples in Nazi fashion, as well as muted color tones often in gray, tan and black. The SS Panzer military organization struck fear into the hearts of their adversaries, with black forage caps and leather coats which were later adopted by American rockers. Doc Martens closely resemble the jump boots that many Schutzstaffel officers wore. Look around at any rock, industrial or otherwise ‘edgy’ group and you see small traces of Nazi fashion sense. The American novelist Kurt Vonnegut once described the style as ‘mildly theatrical’.

Additionally, the founder of Adidas, Adolf Dassler (whose nickname was Adi), was a Nazi. He produced shoes for the Wehrmacht during the war, as well was providing American and Nazi athletes with his footwear during the Berlin Olympics. This created national acclaim when Jesse Owens won the sprinting event at the Berlin Olympics wearing Adolf Dassler’s shoes. Adidas is now a multinational company, supplying athletes all over the world with a supply of footwear and sports accessories.

His brother, Rudolf Dassler, was the more ardent Nazi of the two brothers and went on to found another proficient sports company…Puma. Oh – and Hugo Boss was a Nazi who, from 1934, was an official supplier of uniforms to the SA, SS, Hitler Youth, NSKK and other Party organizations (as evidenced in the advertisement above). 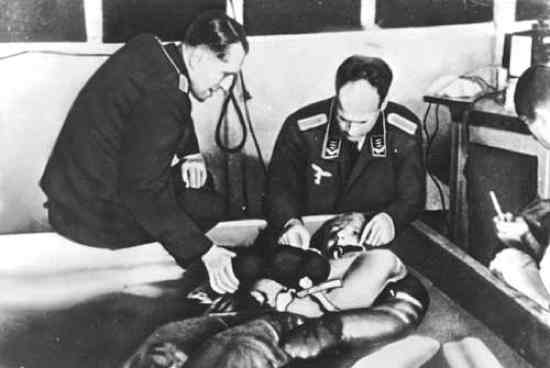 The death of ethics from medicine in Nazi Germany was a sinful, reckless, and dangerous decision, leading to untold atrocities; it has created one of the most extensive ethical controversies in history. Through the Nazi use of torture they discovered information that is discretely used by doctors and medical scientists today. For example, the Nazis extensively studied and monitored hypothermia, at Dachau concentration camp, by subjecting victims to severe torture. The Nazis immersed victims in vats of freezing water or left them out in the winter cold, all the while monitoring changes in body temperature, heart rate, muscle responses and urine. These tests were initially performed on volunteer soldiers, but the Nazis were not satisfied that they had all the information they could get and began to test on concentration camp victims. They attempted to formulate methods to bring the bodies back to a safe temperature, including the “Rapid Active Rewarming” technique that seemed to be the most effective method of revival – and is used today in the west. This research could potentially fill a gap in other researchers studying hypothermia.

A fascinating and extensive article on the ethics involved can be found here.