When Irish land agent Charles Boycott had to evict nonpaying tenants, he found himself an economic and social pariah. His employees stopped working in the fields, the stables, even in his own house. Local businessmen wouldn’t take his money, and the postman refused to deliver his mail. Boycott imported labor to tend the crops, but the added expense consumed the revenues generated by the harvest.

Boycott’s name quickly became the byword for economic ostracism in English, French, Dutch, German and Russian. We still use boycotts today for nonviolent protest and consumer activism. Submitted for your approval are 10 Famous Boycotts, escalating from silly to serious. 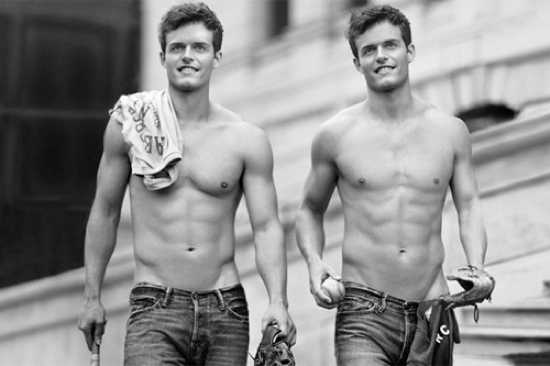 We’ll start light and get progressively heavier. So first, a stereotype: All teenage girls do is shop, right?

As if. In 2005, 24 teenagers started a “girlcott” against youth retailer Abercrombie & Fitch. While acknowledging the attempt at humor, the girls took offense at T-shirts with “Who needs brains when you have these?’ and “I had a nightmare I was a brunette” on the front. They claimed the slogans degrade women and contribute to unhealthy body images for young girls.

Sarah Gould, president of the Ms. Foundation for Women, concurred, saying the slogans “reinforce the message that girls are only as good as what their bodies are, and that’s very undermining to a girl’s healthy development”. Abercrombie & Fitch pulled the offending shirts a month later (likely after inventory ran out, and smirking at the free publicity). 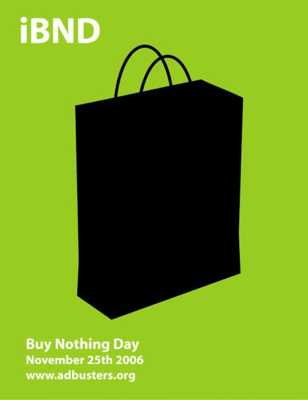 Since its origins in the nineties, the purpose of International Buy Nothing Day is to provide a moment of pause from the rampant overconsumption in western economies. IBND takes place in Canada and the United States on Black Friday (the day after the fourth Thursday in November—the busiest shopping day in North America). In the rest of the world the boycott happens the following Saturday, which begins their consumer run-up to Christmas. 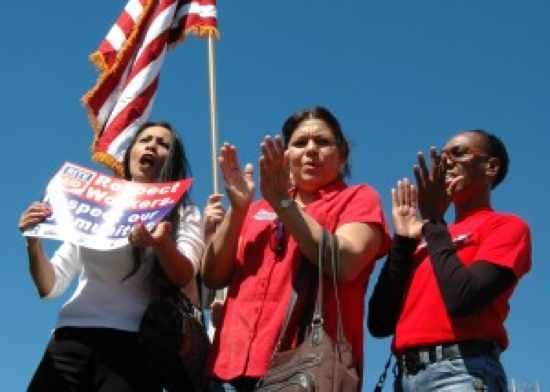 Some boycotts are logical, even noble, but there are also Pilates exercises in stupidity. Case in Point: striking RITE AID pharmacy workers in Cleveland, Ohio.

In March 2011, Rite Aid Pharmacy experienced a strike at six union stores in the Cleveland metro area. This strike is unusual because picketers were holding up signs saying “Don’t Shop Rite Aid”. That’s no longer just a strike: it’s a call to boycott. According to Ohio law, unions may not call for boycotts against businesses that force workers to join a union. By calling for consumers to shop elsewhere, the unions violated that law. Further complicating matters is that Rite Aid has both union and non-union stores in Cleveland.

And it’s not like the timing’s great, either. Rite Aid’s in pretty bad financial shape, and an illegal boycott probably puts union stores at the top of the store closure list. Sure, the unions may win loads of concessions in contract negotiations, but if the company can’t afford union stores it will just eliminate them and keep the non-union stores running.

Worse, aren’t the strikers sending career-limiting messages to their employer? Can you imagine interviewing for a promotion? “Oh. Karlson. I remember you. Weren’t you outside telling my customers to shop at CVS?” 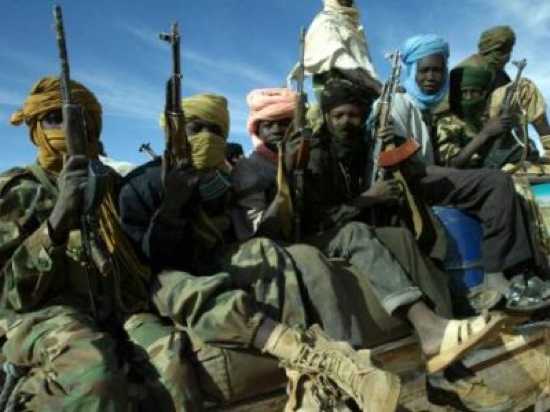 Lysistrata is one of the few surviving plays by Greek dramatist Aristophanes. Fed up with the Peloponnesian war, and after a LOT of effort, heroine Lysistrata convinces Athenian women to barricade themselves in the Acropolis and withhold sex until their lovers negotiate peace with Sparta. Far-fetched, funny, and definitely rated NC-XVII.

And life imitates art. In 2002, former professor Samira Ahmed launched an altar campaign in Sudan, encouraging wives to abandon sexual relations with their husbands until the second Sudanese Civil War ended. Thousands of Sudanese women answered the call, and the war dragged on until a peace treaty was signed in 2005. Coincidence? All we know for sure is that cigarette sales spiked 20 minutes later. 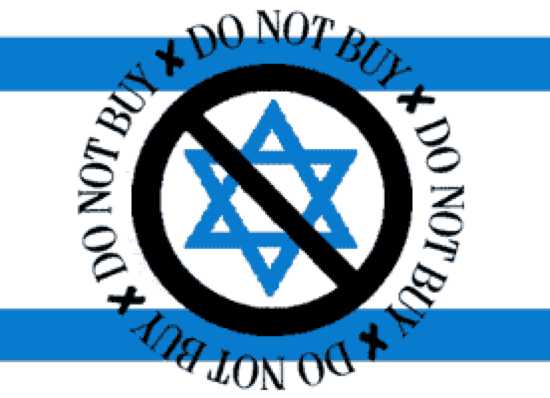 The Arab League has boycotted Israeli goods and services since the founding of Israel in 1948. Their stated goal is to isolate Israel economically, and discourage Jewish immigration to the Middle East.

Most Middle East merchants (anonymously) agree the boycott is mainly for show, and it waxes/wanes with Arab-Israeli tensions. It gets absurd in places –from Saudi border guards delaying tourists with “Israel” on their passport (they claim they don’t know where “Israel” is), to Iranian wrestlers withdrawing from competition prior to a match with an Israeli athlete.

Frankly, the boycott just isn’t that big a deal: since intra-region trade with Israel is so small, the impact of the ban is negligible. (When the boycott relaxed in the early 90s, foreign countries exported cars to Israel for the first time. A study found that, if the boycott had been enforced, the Israeli auto market would have been only 12% smaller. Ironically, to hurt Israel the Arab League would do better to first trade more with it).

Many Arab nations have since ended the charade. See? Greed conquers all. 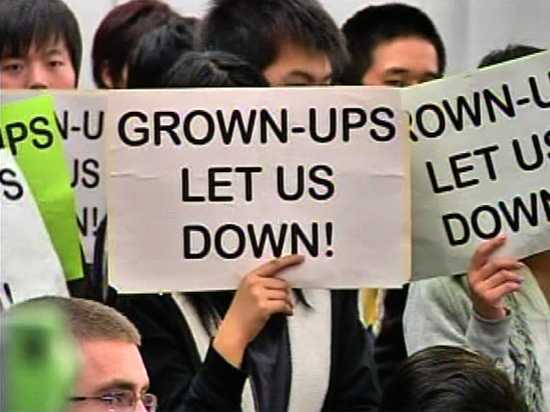 In 2009, after years of complaints about Black-on-Asian violence (and 30 separate attacks in a single day), 26 Asian-American students stopped attending South Philadelphia High School. Their boycott lasted over a week and publicly aired accusations that the school administration mishandled evidence, ignored eyewitness accounts, and even blamed Asian-American students for inciting attacks on themselves.

After news of the boycott went public, administrators transferred 10 students to other schools, and increased the number of security guards and surveillance cameras. But by then, it was too late. The public demanded a federal investigation, which quickly “found merit”; in the complaints and later ruled the school had been “deliberately indifferent” to ongoing harassment of Asian students.

The result? While never acknowledging any wrongdoing, the school agreed to state and federal oversight as it addressed racial violence at the school. A new principal arrived in July 2010, and the administration reports a 50 % decrease in attacks for 2011. 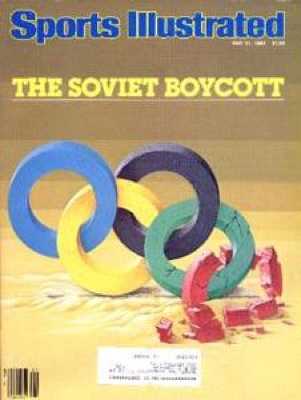 Following a series of foreign policy setbacks, US President Jimmy Carter issued an ultimatum that the United States would boycott the Moscow Olympics if Soviet troops did not withdraw from Afghanistan. When the USSR refused, Carter led over 60 nations to boycott the 1980 summer games.

Japan, West Germany, China, the Philippines, Argentina and Canada quickly joined in. The UK and France supported the boycott, but left the decision to the individual athlete. So Spain, Italy, Sweden, Iceland and Finland represented Western Europe, along with a few Americans with dual citizenship in other countries. Many athletes marched under the Olympic Flag in place of their national flag, and replaced their national anthems with the Olympic anthem (in some events, the medals ceremonies raised three identical Olympic Flags).

NOTE: Besides the athletes, do you know who the real loser of the 1980 boycott was? Broadcaster NBC, which paid $85 million for the TV rights. That price tag included $61 million to the Russians, who saw no need to give it back. Fortunately, some finance whiz at NBC thought to insure the project with Lloyd’s of London, and NBC only ate about $4 mil.)

The Soviets returned the favor in 1984, and passed on the summer Olympics held in Los Angeles. They issued a statement saying that the Soviet Union would boycott the 1984 summer games due to ‘chauvinistic sentiments and anti-Soviet hysteria being whipped up in the United States.” Thirteen Soviet allies joined the boycott.

NOTE: The real loser of the 1984 boycott was McDonald’s, which held an American promotion promising a free Big Mac for every gold medal the US won. With no ‘roided out East Germans or Russians around, the US breezed to over 90 gold medals, triple the amount McDonald’s budgeted for. (Guess they didn’t have a finance whiz –or a sports fan– in the Promotions department).


3
American Boycott of the Townshend Acts 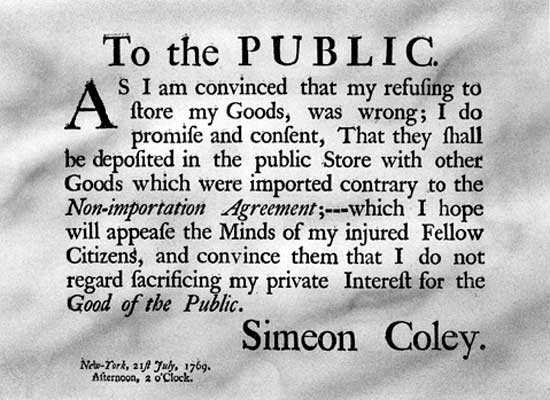 In June 1767, Parliament cut British land taxes, and tried to finance its troops in the Colonies by over taxing the colonists. So they passed the Townshend Acts, which taxed items like paper, lead, glass, paint and tea shipped from England. The Brits thought indirectly taxing imported goods would fare better than the repealed Stamp Act (a direct tax on printed materials). Sounds reasonable, right?

The Colonists were livid, and reacted in what passed for ‘immediately’ in Colonial times. New York and Boston boycotted all British goods in August 1768. Philadelphia joined in March 1769, and by that October the boycott spread to New Jersey, Rhode Island and North Carolina. Seeing the Colonists united in their opposition to the Townshend Acts, King George III sent more troops into the Colonies, insisting that you can put a fire out with gasoline, if you just throw it hard enough.

However, history shows the non-importation movement wasn’t as effective as the Colonists hoped. British exports to the colonies did decline by 38% in 1769, but some merchants never participated in the ban. The boycott sputtered in 1770, and quietly died in 1771. However, an indirect result of the boycott was that American women gained a greater place in society because they still had to provide many of the refined goods normally imported from Britain.

The Townshend Acts were repealed in March of 1770, except for the taxes on tea (and we all know how well that turned out). 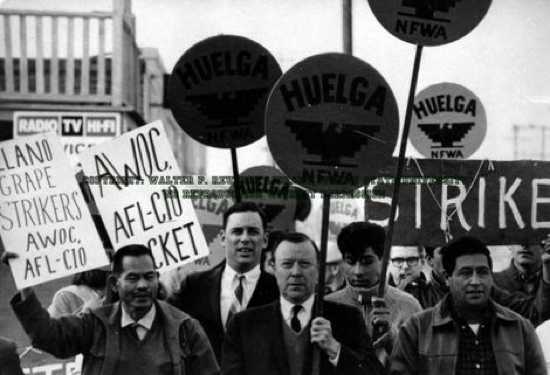 The Delano grape strike was a strike/boycott/protest led by Cesar Chavez and the United Farm Workers (UFW) against growers of table grapes in California.

The protest began on September 8, 1965 when Filipino farm workers in Delano, California, walked off the job. At the time, farm laborers were among the lowest-paid workers in the US, and all they wanted were wages equal to the federal minimums ‘enjoyed’ by other workers. A week after the strike began, Cesar Chavez’ Mexican-American National Farmworkers Association joined in, forming what eventually became the United Farm Workers of America (UFW).

The strike was noted for its grassroots organization: community marches, aggressive consumer boycotts, a little longshoreman sabotage, and steadfast non-violence. The public was especially attracted to the farmworkers’ peaceful protests, and consumers even helped identify fake labels used by grape growers seeking to bypass the boycott.

At its height, more than 14 million Americans were refusing to buy grapes. In 1969, the pressure became too much to bear, and Delano growers signed historic contracts with the UFW. 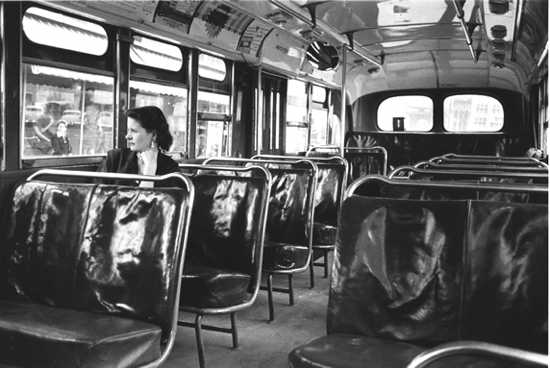 In 1955, Rosa Parks was riding a bus home from work and was ordered to yield her seat to a white passenger. This was Alabama law at the time, and some black men had already started toward the back to make room for her in the ‘Colored’ section. But Ms. Parks refused out of principle, and authorities arrested her.

News spread fast, and community organizer Jo Ann Robinson distributed a pamphlet stressing an overlooked economic point: blacks were ¾ of the Montgomery bus clientele. Blacks had more power than they thought, if they had the courage to wield it.

To make her point, Robinson implored blacks to not ride any buses the following Monday. Dr. Martin Luther King, Jr. noted the success of that Monday Boycott, and used his Montgomery Improvement Association to encourage all blacks to keep the boycott going.

Carpools emerged overnight, black taxi drivers charged only a dime for black passengers, and some white employers (ironically) drove their black servants to work. Lloyd’s of London even insured carpool vehicles when US insurers were pressured to drop them. The Montgomery Bus Boycott lasted until December 20, 1956, when a federal ruling (Browder v. Gayle) led the U.S. Supreme Court to declare that the Montgomery laws requiring segregated buses were unconstitutional.