Although the image of the tortured artist might seem like a stereotypical archetype, there seems no shortage of evidence that people of a creative bent often suffer from mental illness. The examples are manifold – Van Gogh, the painter who had, according to art critic Robert Hughes “…fits of despair and hallucination during which he could not work, and in between them, long clear months in which he could and did, punctuated by extreme visionary ecstasy.” He was known for cutting off his ear during one of his episodes and giving it to a prostitute. He died of a self inflicted gunshot wound. Beethoven was known for periods of melancholy and was likely bipolar. William Blake, scion of the Romantic Age, was considered a lunatic by his peers.

What precise facet of mental illness lends certain minds their ingenious spark will probably forever be open to conjecture. We do know that the pain involved often leads these people to the ultimate act of self destruction. Below follows a list of ten famous authors who either committed or attempted suicide. 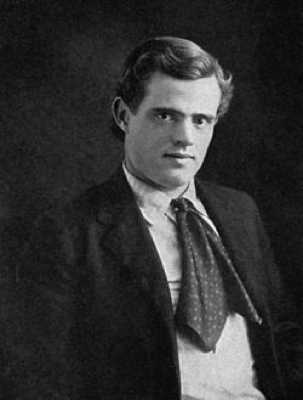 The author of such rugged tales as The Call of the Wild and White Fang, Jack London was a strange, fierce man of socialist ideals. When his mother was pregnant with him, she tried to commit suicide by taking an overdose of laudanum and shooting herself in the head. The pistol misfired. London grew up to be an oyster pirate, a gold digger, and a revolutionary – pushing for political assassinations and calling for the genocide of various races depending on his mood. It is believed London was bipolar – he was also an alcoholic, and frequently suicidal. He may or may not have killed himself with a morphine overdose. 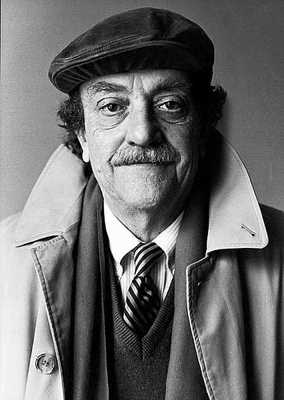 Perhaps best known for his book Slaughterhouse-Five, a satire about the author’s own experiences during World War II, Kurt Vonnegut was likely born with the seed of mental illness. His mother committed suicide in 1944, overdosing on sleeping pills. Vonnegut considered himself a humanist and eschewed religion for the most part. His writing was in the darkly humorous vein of Mark Twain, who he adored. He suffered from depression and attempted to kill himself in 1984. His own son Mark was diagnosed with bipolar disorder and some elements of schizophrenia. 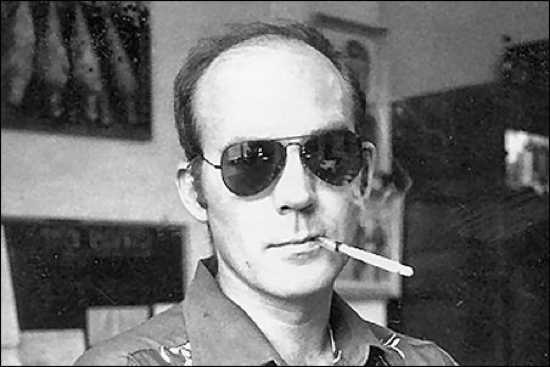 The founder of Gonzo Journalism, Thompson is best remembered for his book Fear and Loathing in Las Vegas, and a wild, irreverent lifestyle of guns, drugs, and hard drink. He was reckless to the point of suicide, indeed getting his start by riding with the Hell’s Angels and doing an expose. When they realized his intentions, they beat him down. In his later years, Thompson lived in a rural compound in Colorado. He succumbed to a self-inflicted gunshot wound in 2005. His suicide note read: “No More Games. No More Bombs. No More Walking. No More Fun. No More Swimming. 67. That is 17 years past 50. 17 More than I needed or wanted. Boring. I am always bitchy. No Fun – for anybody. You are getting Greedy. Act your old age. Relax – This won’t hurt.” 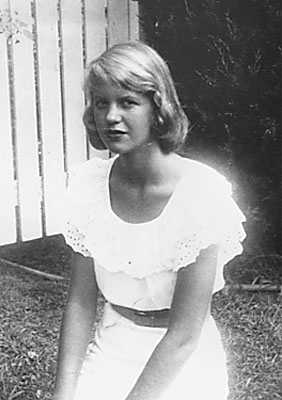 Plath suffered terribly from depression; during her college years she had both electroconvulsive and insulin shock therapy, and attempted suicide. She funneled many of these experiences into her semi-autobiographical novel, The Bell Jar. She attempted suicide again in a car accident, and left her husband after she caught him cheating with another woman. She finally succeeded in killing herself, inhaling carbon dioxide fumes from her oven. She was only 30, and left behind two small children. 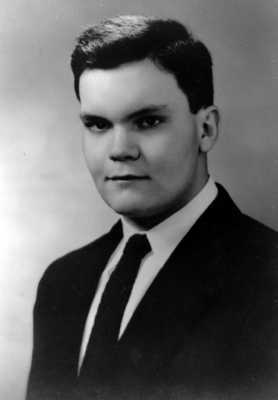 Toole was unique to this list in that all his work was released posthumously. A professor at Tulane University, he attempted to sell his novel, A Confederacy of Dunces to publisher Simon & Schuster. Despite its promise, the manuscript was not sufficiently plot driven to attract interest. Toole took his rejection dreadfully, gaining and enormous amount of weight, his wit and good humor vanishing. After an argument with his mother, he went on a road trip, culminating in his suicide. In Biloxi, Mississippi, he ran a garden hose from the exhaust of his car in through the window and died. Years later, his mother convinced novelist Walker Percy to read A Confederacy of Dunces. Percy was blown away by the enormous potential of the manuscript, and used his influence to have it published. The book, a comic masterpiece, won the 1981 Pulitzer Prize for fiction. 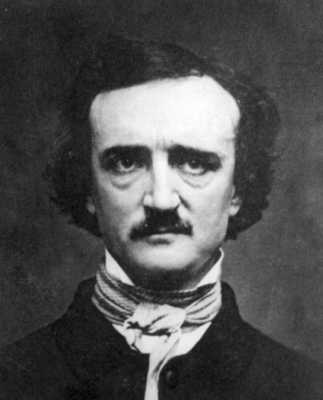 Poe was a tortured genius, having lived through a great deal of personal tragedy, including the death of his wife in her early twenties (she was also his cousin). He turned to drugs and alcohol, and his intense melancholy and obsession with death can clearly be seen in his work, especially perhaps The Raven, a dirge of lost love that brought him to national prominence. He attempted suicide in 1848. He was found delirious in a Baltimore tavern. He died on October 7, 1849. The cause of his death has remained a mystery to this day, with theories as unlikely as rabies considered. 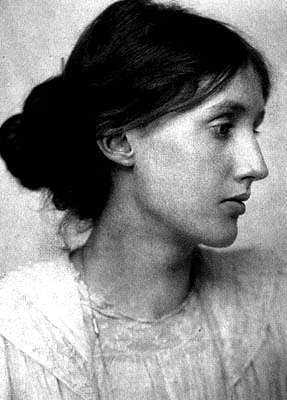 Woolf’s most famous work was Mrs. Dalloway, a well praised novel that explored themes of mental illness, homosexuality, and existence itself. She suffered a number of nervous breakdowns, and was briefly institutionalized in 1904, after her father died. She later reported sexual abuse at the hands of her half brothers that likely contributed to her psychological issues. World War II fueled her pain – her London home was destroyed by the Germans during the Blitz. On March 28, 1941, she drowned herself in the River Ouse, the pockets of her coat laden down with stones. Her body wasn’t found for nearly a month. She left a heartbreaking suicide note for her husband. 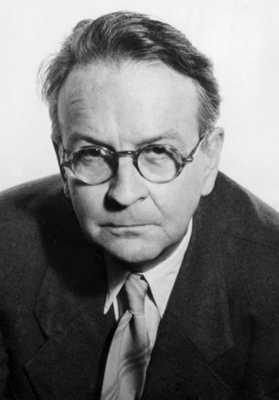 Chandler was the father of Philip Marlowe, the hard-nosed, wise-cracking private detective played by Humphrey Bogart in The Big Sleep. He didn’t publish his first novel until he was in his fifties. He was a hard drinking, somewhat irascible man who had a tendency toward clinical depression. When his wife, who was 18 years his senior, died in 1954, he went off the deep end, attempting suicide in 1955. His gritty, minimalist prose has long been celebrated since his death in 1959. 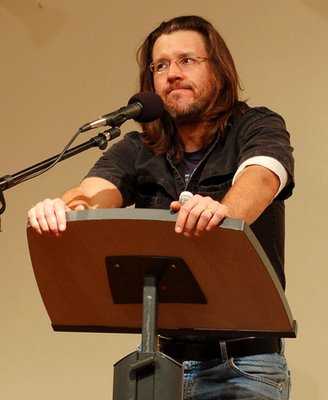 Wallace, a personal favorite, is best known for his novel Infinite Jest, a massive magnum opus of nearly half a million words, including wildly detailed and tangential footnotes. A college professor, he was adored by students and readers alike for his humble, self-effacing manner and incredible sense of empathy. His work is not easily approached, but his keen perception and understanding has the uncommon ability to make readers feel less alone. Wallace suffered from crippling depression his entire life, and it was only through use of medication that he was able to operate. After experiencing bad side effects from his antidepressant, he attempted to wean himself off the drug. Unfortunately, his depression returned, and despite electroconvulsive therapy, the pain was too much for him to bear. He hung himself on September 12, 2008. Fragments of a novel he was working on for years were assembled posthumously and published under the title The Pale King. 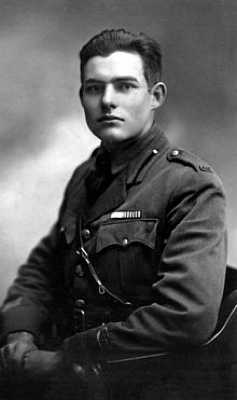 Beneath the brash exterior of the man responsible for The Old Man and the Sea and For Whom the Bell Tolls, Hemingway suffered from mental illness throughout his life. In retrospect, psychologists assert he may have been bipolar, with certain personality disorders. He may have also suffered from brain damage from his many brushes with violence. It is certain he had haemochromatosis, a rare hereditary disorder which causes iron overload in the body and has many devastating side effects. In the late 1950s, his health began to fail, and by 1960, he was lost. Electroconvulsive therapy failed to help him. He killed himself with a shotgun in 1961. Suicide ran in the Hemingway family – Ernest’s father, his sister Ursula, his brother Leicester, and granddaughter Mariel also succumbed.