War has been a major part of history. Independence has been won and lost through battle; revolutions subdued; different groups and denominations crushed. However, during these large-scale battles, several small operations are performed to help pile up victories for each respective side. Operations are held by police forces outside of warfare, as well (DEA, FBI, etc.). Each operation has a name to go along with it. Some of these names are quite interesting. This is a top ten list of the greatest military operation names of all time. Here we go. 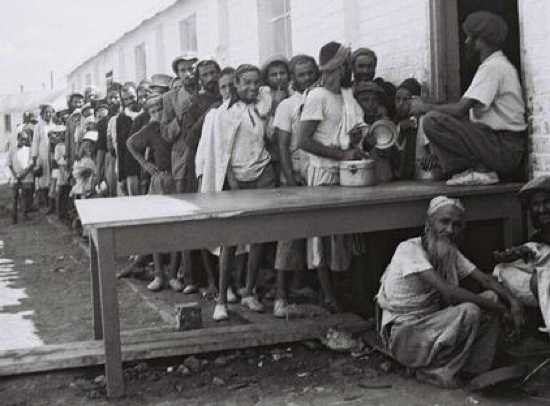 In June 1945, the United States of America launched Operation Magic Carpet to return over eight million Americans back to their homeland, and out of Pacific and European theaters that saw war. The name of the operation is rather simplistic, but it speaks volumes about the glory of leaving a devastated region of the world for your homeland, and how peaceful the idea can be. The men were being transported on a “magic carpet” back to their safe-haven of America, and this is truly an interesting operation name. A European variation of Operation Magic Carpet was launched in 1946 to rescue European soldiers in foreign lands. 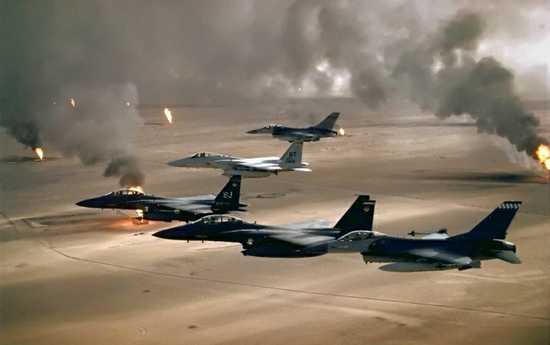 Taking place in 1991, Operation Desert Storm was the operative name for the Persian Gulf War. While the name may not be the most interesting of them all, it is quite intriguing. The title shows what the United States planned on doing in Iraq: unleashing a desert storm. Bombs, ammunition, and artillery would be deployed, and the sand in the deserts would create a massive storm as a result. That’s at least what I surmise from it. While I am fascinated with this operation name, there are a few others that I find to have a much better title. 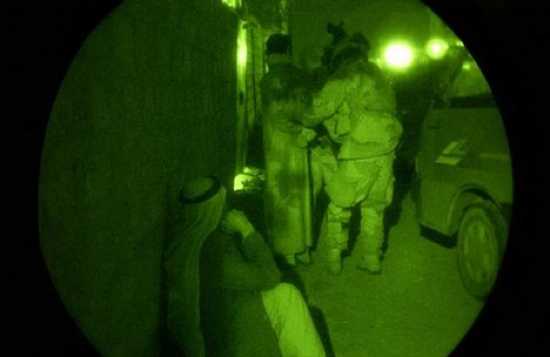 Lasting for only sixteen hours in December 2003, this operation was performed to seize any weapons or materials in certain villages in Iraq that could pose a threat to coalition forces during the War on Terrorism. This is one of those military operations that has quite an interesting title. I honestly could not imagine what this has to do with the actual actions the soldiers had to perform; the only idea I could conjure is if they were seizing these harmful weapons so quickly, it was like lightning. In warfare, operations have to be performed somewhat effectively. Putting “lightning” in the title may lead to some inspiration for the soldiers involved. Overall, this is one of the better operation names, and also one of the most recent. Kudos for a great choice of words. 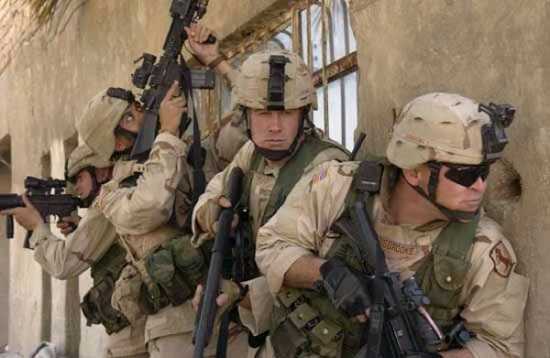 This may seem a little ridiculous, but this is yet again, another operation pulled from a conflict involving the United States, coalition forces, and Iraq. This operation was launched to uncover insurgents and weaponry to ensure the safety of soldiers fighting in Iraq. The idea of the people involved in this operation being known as “valiant guardians” gives insight into the purpose of the plan: to simply protect our troops. However, by using the term “valiant,” this also shows the true power of the forces that the Iraqi forces are fighting against; the battle that they are embroiled in will not be an easy one to win when your opponents believe they have a grand level of valiance. I digress. All in all, this operation name definitely ranks as one of the best in history. 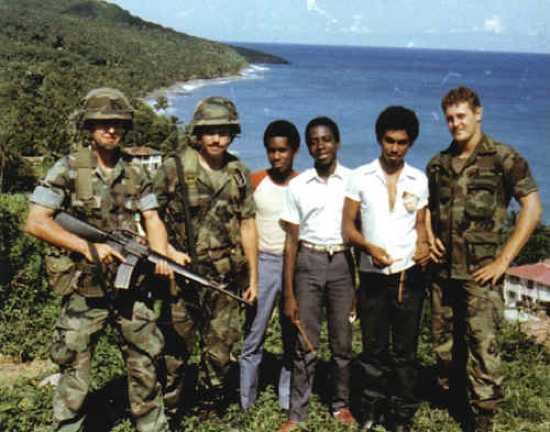 In 1983, the United States, supported by other Caribbean island nations, invaded the island of Grenada because of a military coup that had occurred in the country. This invasion was codenamed Operation Urgent Fury. Plain and simple, fast and furious aggression was needed to subdue the revolution in Grenada, and that is exactly what the United States did. It is tough to explain why this operation name caught my eye, but then again, it is a very interesting title. The “fury” portion of this name is what really intrigued me. Urgency is a given in any invasion, but fury is a totally different monster in itself. Fury is dangerous on all levels. When someone is furious, you know their anger/rage is at a near-maximum level. Anyway, Operation Urgent Fury definitely ranks as one of the best operation names of alltime. Don’t like it? Well, it’s not anything to get furious about. 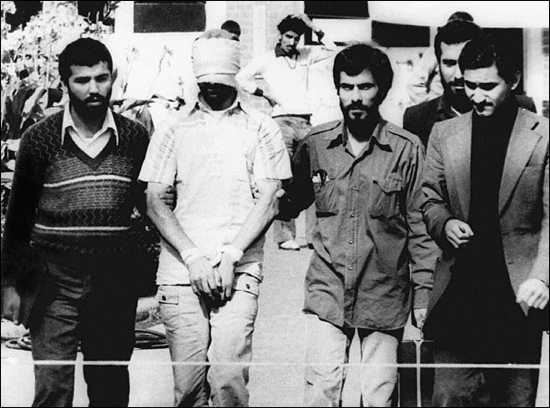 Leave it to Jimmy Carter to order an operation that would fail miserably. Operation Eagle Claw was performed to try and rescue the Americans that were being held amidst the Iran Hostage Crisis. Eight helicopters were sent out, and none of them returned. One crashed into the helicopter carrying fuel and supplies for the other six, and once that was downed, the remaining ones were left helpless in the air. Sure, Operation Eagle Claw was a failure. However, its title is one of the greatest of all time. The Americans, whose symbol is the eagle, were going to use their “claw” (helicopters) to rescue the innocent hostages. A very American name for an operation, yes, but that does not take away from its amazing quality. The only aspect that could have changed its position on the list? Perhaps, if it was actually a success… but it all worked out for the best anyway, so I think it is fine at number five. 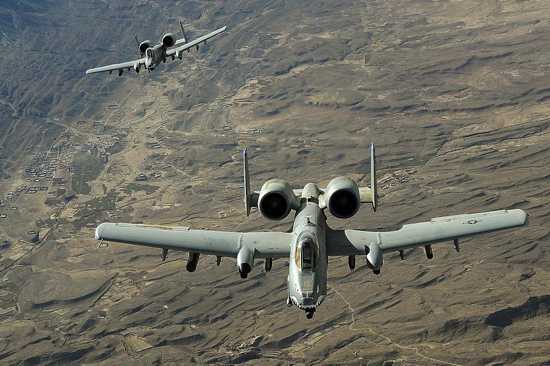 What better way to follow-up a miserable failure, then with a success. In October and November of 2001, almost immediately after the terrorist attacks on 9/11, British and American air forces led strikes in Afghanistan attempting to weaken the Taliban. This led the way for further ground campaigns that continually weakened the government and Taliban as well. The name of this operation? Operation Crescent Wind. The title of this operation is pretty incredible. The wind is created by the bombing from the skies; and the crescent not only applies to the crescent moon, a symbol of Islam, but also the fact that the area that Afghanistan is situated in was once referred to as the Fertile Crescent. A heap of historical references in one simple operation name. Stunning, is it not? Anyway, I am definitely a major fan of this operation title. A great way to kick-off a war that still continues to this day. 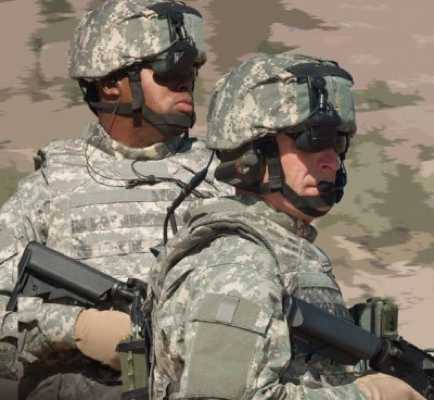 The “War on Terrorism” must be a topic that you are sick of by this point on the list, but there have been some pretty interesting titles from this time period. Operation Spartan Scorpion was launched in June 2003 to help clear the Iraqi countryside of remaining non-compliant forces and paramilitary groups that wanted to harm coalition forces. This title is a dynamic duo of harrowing power. A Spartan, in itself, is a terrifying creature. These ancient Greek soldiers were well-known for their propensity for fighting to the death, and a scorpion is an animal that can kill various other creatures in numerous ways. Essentially, this title was assigned to the operation to show that the forces fighting would be merciless in conducting their warfare. Two prolific death-bringers put into one operation name is sure to strike fear into the opponent. If I was fighting against an operation titled “Spartan Scorpion,” I would feel one thing coursing through my veins: terror. 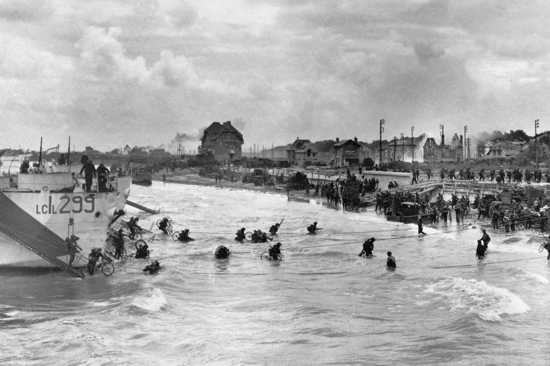 Nearly ever history buff has heard of this one. June 6, 1944: the largest amphibious invasion of all time. 160,000 troops crossing the English Channel to try and take back German-occupied western Europe for the Allies. Most people know this event as D-Day, or the Battle of Normandy. The official title for this invasion was Operation Overlord. An overlord, by definition, is someone who has authority over another person or group. This operation was most likely given this title to show the Germans who was the more powerful side during World War II. The French, who were a part of the Allies, were the rightful overlords of the land of Normandy and its surrounding areas, and were going to fight to take it back. This was truly a turning point in the war, and from here-on-out, the Allies really did appear to be overlords in almost every battle. Less than one year later, in April 1945, the Germans surrendered to the overlords, and this portion of the war had ended. “Overlord” is truly representative of how power and momentum was swung back in the Allies’ favor, and the war took on a different look from there-on-out. 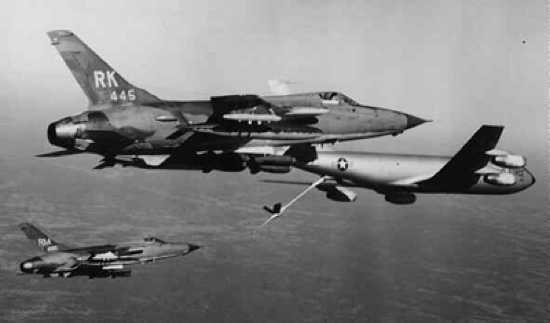 Lasting from March 1965 until November 1968, Operation Rolling Thunder was a lengthy, aerial bombardment performed by the United States on North Vietnam. Sure, it was much like “Operation Eagle Claw,” in the aspect that it was a colossal failure, but unlike the aforementioned plan, its title was much more indicative of its murderous intentions. Essentially, Operation Rolling Thunder was initiated to emaciate the Northern Vietnamese land, and to try and force the Viet Cong out of its holes and hills that helped them elude being caught. The idea of rolling thunder is terrifying, especially when the “thunder” portion of the term is a seemingly-endless bombardment that lasted for years. The operation was named as such because the bombs would just keep “rolling” and never stop. This gave a quality to the operation that made it seem as if it was perpetual. Again, while the bombardment was a failure, and did not accomplish its goals, the North Vietnamese land was completely destroyed as a result. Over three years of constant bombing is quite a bit for a small territory to handle, and it must have truly seemed endless during the time. Congratulations to Operation Rolling Thunder: while it was one of the biggest failures in the overall mistake that was the Vietnam War, it also has the greatest name for any operation in all of history.