In a time in which both Democrats and Republicans are busy condemning each other as radicals, I think it is true that neither parties know what constitutes radical in the grand scale of US politics. I think this list provides some perspective. The ten listed are based on a study conducted by Professors Howard Rosenthal and Keith Poole, titled “Is John Kerry a Liberal?” which lists all Congressmen, Senators, and Presidents that served from 1937 to 2002, from most liberal to most conservative. 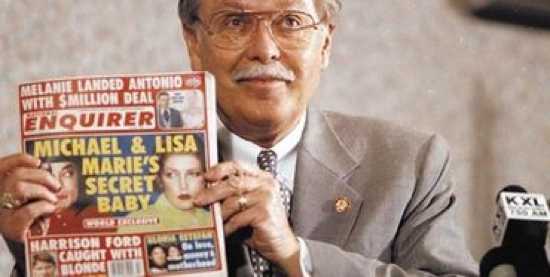 Wes Cooley was elected to Oregon’s 2nd Congressional district in the Republican Revolution of 1994 and proved to be its second most conservative freshman. He stood out as a private property rights activist and an advocate of tort reform but got a distinction in US history that no other has attained. Cooley is the only Congressman to ever be convicted of lying to voters. He lied in a 1994 voter pamphlet that he served in the Korean War. It is a felony in Oregon to lie on a voter pamphlet. He was fined and sentenced to two years probation. Cooley had other issues with the truth as well. According to the Portland Oregonian, Cooley lied about his residency in central Oregon, lied about his marriage (apparently so his wife could keep collecting widow’s benefits from a previous marriage), lied about having been elected to Phi Beta Kappa, and lied about having a law degree. He decided not to run for reelection in 1996. In 2005, Cooley was convicted of bilking investors of more than $2 million in an internet auction company scheme. 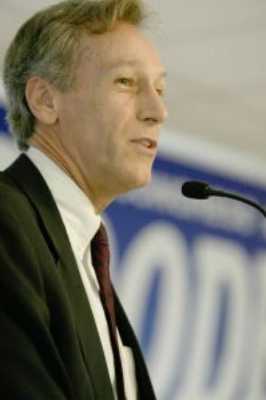 At one time a Virginia State Senator who had kicked off his career with support for the Equal Rights Amendment, Virgil Goode went from conservative Democrat to Independent to ultra-conservative Republican. Goode stood out in his advocacy for reducing immigration and building a border fence. He was also critical of Muslim Congressman Keith Ellison taking the oath of office on a Koran rather than a Bible. Goode was defeated for reelection in 2008. He is now running for President as the Constitution Party’s candidate. 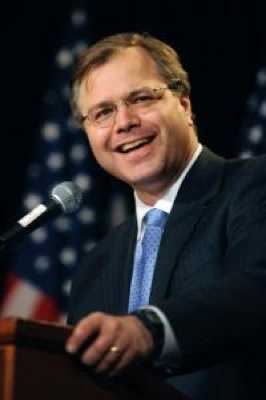 This three-term Congressman from Colorado did what few Congressmen do – keep their term limits promise. Schaffer’s Congressional term was marked by his intense social conservatism and often taking the lead in conservative one minute debates in Congress. He was also a staunch advocate of democracy in Ukraine, and publicly supported Viktor Yushchenko’s election in 2004. Schaffer ran for the Senate in 2008, but lost by 10 points in what was a terrible election year for Republicans. 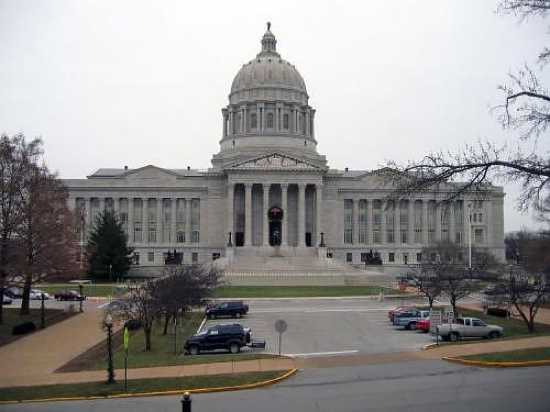 William P. Elmer was a one-hit wonder from Missouri. This Republican’s strong conservatism occasionally resulted in him voting with liberal Democrats for conservative reasons. The greatest example of this was his opposition to the Smith-Connally Act in 1943, which allowed the President to take control of industries vital to national defense in the event of a strike. Elmer was also one of the most extreme isolationists, even going as far as to vote against continuing Lend Lease aid to Britain during World War II. Elmer narrowly lost his bid for reelection in 1944. 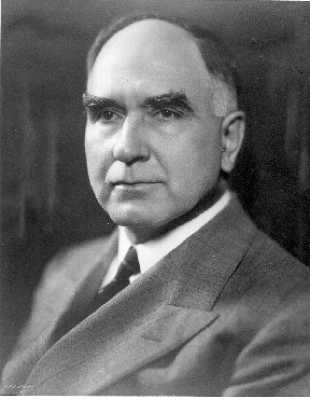 Frederick C. Smith was elected to Congress in the anti-Roosevelt backlash of 1938. Smith, an osteopathic doctor, was essentially the Ron Paul of his day. Smith was a staunch opponent of internationalist politics, voted against Lend Lease aid before and during World War II and did not support any foreign aid legislation after the war. Smith was also immovable in his opposition to New Deal programs. Economist Murray Rothbard, an advocate of the Austrian School of Economics, considered Smith to be one of his favorite Congressmen for his adherence to limited government and non-interventionism. However, Smith never achieved the notoriety Ron Paul has and remains an obscure figure in history. Speaker of the House John Boehner currently holds Smith’s old seat in Congress. 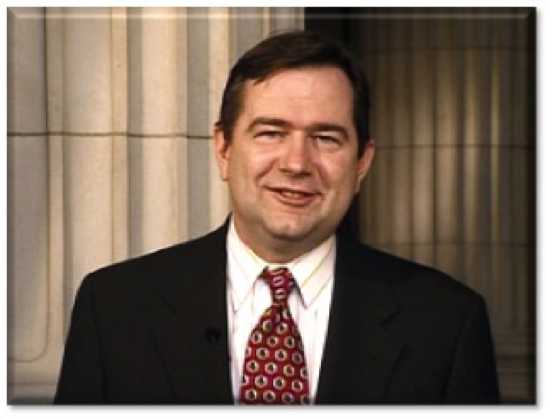 Steve Stockman was another one-hit wonder Congressman. Hailing from Texas, Stockman had an epic beginning in national politics by defeating 40-year Democratic incumbent Jack Brooks largely due to backlash from the enactment of the Brady Bill. He was the most conservative freshman of the 1994 Republican Revolution and co-sponsored two notable pieces of legislation during his term from 1995 to 1997, the Defense of Marriage Act and Megan’s Law.

Stockman’s term was even more notable for being mired in the bizarre. He penned an article (likely with a lot of influence from the NRA) in Guns & Ammo in which he suggested the Clinton Administration’s 1993 raid on the Branch Davidian compound in Waco, Texas, was to justify the Administration’s ban on assault weapons. Only 50 minutes after the Oklahoma City bombing on April 19, 1995, his office received a cryptic fax from someone in the militia movement that was turned over to the FBI. His admission of his past as a hobo who had a run-in with the law involving a controlled substance hidden in his underwear did not help his political career. Stockman lost re-election in 1996, and he has since unsuccessfully attempted a number of political comebacks. 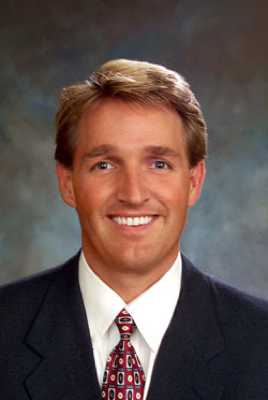 Jeff Flake is currently serving in Congress and has been notable for his libertarian leaning conservatism. He was one of less than a handful of Congressmen to vote against the Sarbanes-Oxley Act passed in the wake of the Enron scandal. Flake has been widely praised as a principled Congressman and did not hesitate to disagree with Republican leadership and the Bush Administration on matters he viewed as a betrayal of conservatism, such as Medicare Part D. He is also fairly pro-gay rights, a very unusual position for someone so far on the right end of the political scale. Naturally, Flake has been a consistent opponent of President Obama’s policies. He is currently running for the Senate. If he wins, this may make him the most conservative Senator in modern history (Kentucky’s Rand Paul, who was not included in the 1937-2002 conservative-liberal study, may be more conservative). 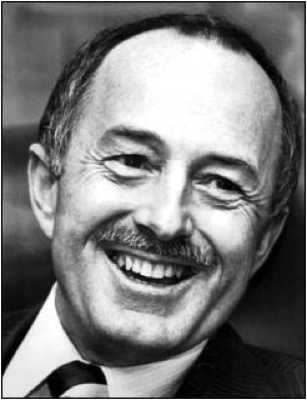 After a stint as a State Senator from Orange County, Schmitz was elected to Congress in 1970. There he became notorious for his sometimes witty quotes, his propensity to offend whenever he opened his mouth, his antisemitism, and his extreme (even by Orange County standards) conservatism. He was one of only seven votes in the House against the ABM Treaty in 1972, opposed sex education, viewed Joseph McCarthy as a hero, and strongly opposed the Equal Rights Amendment before abortion was an issue linked to the Amendment.

The one of his many quotes that really got him in political trouble was when he stated that “I have no objection to President Nixon going to China. I just object to his coming back.” This enraged Nixon, whose official residence was in Schmitz’s district. Nixon recruited Orange County tax assessor Andrew Hinshaw to run against Schmitz in the primary and defeated him. Schmitz, angered at his loss, ran on the Independent Party ticket for the Presidency against Nixon, and lost by “a mere 44 million votes.” However, Schmitz had the last laugh, with Nixon’s resigning in shame over the Watergate scandal and Hinshaw being convicted of accepting bribes as tax assessor.

Schmitz returned to the California State Senate in 1978, but soon got into trouble with his pro-life committee hearings that resulted in a costly feud between him and feminist attorney Gloria Allred. In 1982, Schmitz was hit with the ultimate career breaker for Mr. Family Values, the revelation that he had fathered two children with his German mistress. At around this time, he was also kicked out of the ultra-conservative John Birch Society for being too extreme. Schmitz is also the father of Mary Kay Letourneau, who gained infamy for the statutory rape of one of her students. 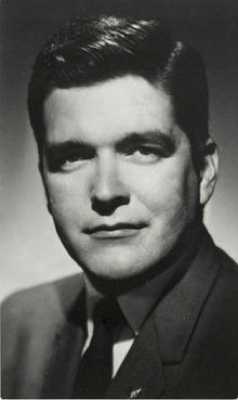 Wait… what? A Democrat at #2! Say it isn’t so! Elected in the aftermath of Watergate, McDonald’s conservatism went far beyond anything average Southern Democrats were willing to support, or for that matter the Republican Party was willing to support. McDonald was notable for proposing anti-homosexual amendments to legislation, and even attempting to nominate Rudolf Hess, Hitler’s former deputy and convicted Nazi war criminal, for the Nobel Peace Prize on the grounds “that even a Nazi war criminal was a useful asset in the struggle against Communism.” He was also an adamant opponent of making Martin Luther King Jr.’s birthday a holiday based on his belief that King collaborated with communists and was manipulated by them.

McDonald’s extremism made him for the most part an isolated figure in Congress and was one of the most ineffective legislators in history. McDonald didn’t view this as a bad thing, just a sign of his commitment against big government. In 1983, he was named the new Chairman of the ultra-conservative John Birch Society.

However, his time as Chairman was short. On September 1, 1983, McDonald was on flight KAL 007, headed to Seoul for a World Anti-Communist League meeting. This flight was shot down by the Soviets for going over Russian airspace. The Russians were unaware the flight was a civilian airliner. This means that McDonald, a man who idolized Joseph McCarthy, was the only Congressman to have ever been killed by the Soviets. While many had negative things to say about McDonald, one Congressman had something positive to say about him: Ron Paul stated he was the “most principled member of Congress.” 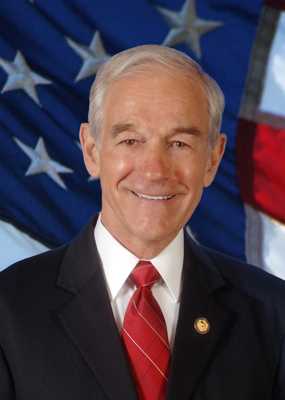 Yep… Ron Paul is #1! Some of you may be scratching your heads on this one. Isn’t this the guy who voted against the Patriot Act and the Iraq War? Yes he is! Although these votes may detract from his conservative image, in truth, his votes on so many other matters over-weigh the impact of those votes. His votes against the Patriot Act and the Iraq War have conservative justifications to them and score him points among the paleo-conservative crowd. Ron Paul’s start in Congress was in a special election for Texas’s 22nd district in 1976. As a new Congressman, Paul was one of the first to support Ronald Reagan for the Republican nomination for President. Paul lost his bid for reelection in 1976 but came back in the 1978 midterm elections. Paul was critical of the expansion of government as well as the military-industrial complex and has always voted against expansions of federal government power.

Contrary to Paul’s insistence that he was a loyalist to Reagan, he temporarily left the Republican Party in 1988 to run for President on the Libertarian Party ticket and apologized to libertarians for supporting Reagan. Since his failure to gain traction in the 1988 election, he learned it was best to operate within one of the major parties. Thus he rejoined the Republicans and returned to Congress in 1997. As we all know, Paul is an internet sensation as a man of conviction who supports peace and legalizing marijuana. He is without a doubt the most ideologically consistent and conservative man to have served in Congress since 1937, if not in the entire history of the United States.