When we find common fossils of seashells at the beach, they are instantly and easily recognized. However, fossils of creatures less familiar to us can be harder to identify. To compound the problem, a great number of fossils are incomplete or broken. It is no surprise that until good samples are found, the fossils of extinct creatures are often mistaken for the wrong type of animal entirely. Here are ten such fossils. 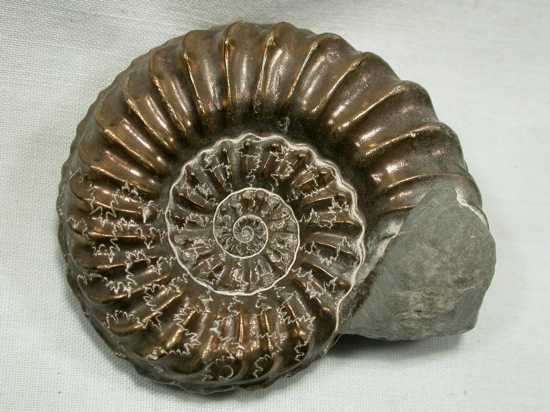 Ammonites are fairly common fossils and have been misidentified for thousands of years. The ancient Greeks thought they were ram horns, and named them after the Egyptian god Ammon who sported such horns. The ancient Chinese called them horn stones for a similar reason. In Nepal they are seen as a holy relic left by the god Vishnu. The Vikings regarded them as the sacred petrified offspring of the world serpent, Jormungand. In the Middle Ages, they were known in Europe as snake stones, as they were thought to be the hardened bodies of coiled snakes turned to stone by various Christian saints. Some industrious traders would even carve snake heads onto the ends of ammonites and sell them. Today, however, we know that they are merely the remains of a shelled squid-like creature that lived from four hundred million years ago right up until the demise of the dinosaurs. More complete fossils, although not as common as those of just the shells, show the imprints of protruding tentacles and an amorphous head, much like those of the modern nautilus. 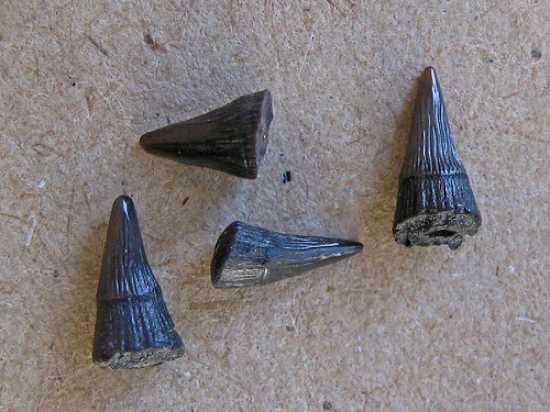 Fossilized fish teeth have been interpreted in many ways. Some ancient fish had hard, flat molar teeth for crushing shellfish. In Greece, and later much of Europe, the fossilized remnants of these teeth were thought to be magic jewels, and were often called toadstones, as a reference to the gems that were thought to be embedded in the heads of large toads. They were used in jewelery and thought to cure epilepsy and poisoning. In Japan, the fossilized flat and sharp teeth of sharks were identified as the discarded fingernails of a terrible monster, the tengu. In Europe, shark teeth were seen to be hardened devil tongues. It was not until the insight of the seventeenth century anatomist Steno that the many tongue stones were finally shown at a public dissection to be identical to the teeth of sharks, and thus came the idea that fossils did not spontaneously appear in the ground, but instead came from the remains of long dead ancient animals. 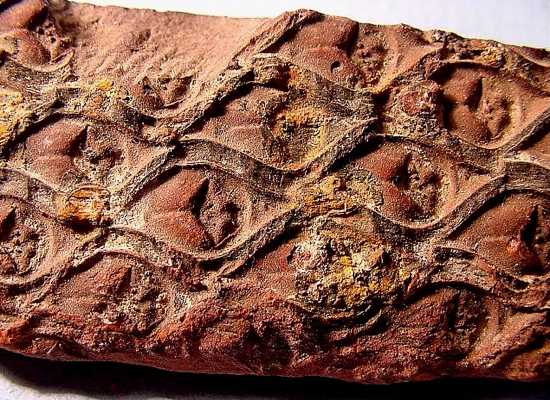 Lepidodendron is an ancient tree-like plant with bark rather like a pine cone – covered in large flat scales. These were merely diamond-shaped leaf scars. The leaves themselves were similar to blades of grass, and Lepidodendron was more closely related to a herb than a true tree. Much of Europe’s coal comes from their remains. Their fossils, however, can be spectacular. The long trunks of the trees were often fossilized whole, having grown up to thirty meters long and one meter wide. They were often exhibited at nineteenth century fairgrounds as the dead bodies of scaled serpents and dragons. People would pay a small fee to be shown the fossil and awed by an invented story of either the serpent’s life or a dramatic retelling of its fate. These often involved various Christian saints. More complete fossils show not only a tree trunk, but the branches, roots, leaves, and sometimes reproductive cone spores, confirming its true identity as a large plant and not proof of a mythical creature. 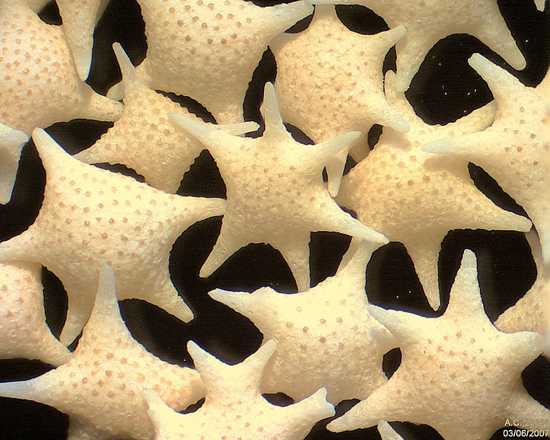 On the Pacific beaches of southern Japan, one might casually pause and look at the seemingly ordinary sand grains more closely. Many of them are shaped as tiny stars, less than a millimeter across. Local legends state that these are the remains of the unfortunate children of the heavenly union of two stars. These astral children died either by falling to earth or by being killed by a monstrous serpent in the sea near the Japanese island of Okinawa. Their delicate skeletons wash up along the shore and are all that is left of the poor creatures. Naturally, these tiny stars are actually the remains of a different type of life: amoeba-like creatures called foraminifera. These creatures and their modern descendants are single-celled, and build themselves a protective shell. When they die, the spiky shells remain behind, and upon inspection with a microscope, show many tiny chambers and detailed structures. 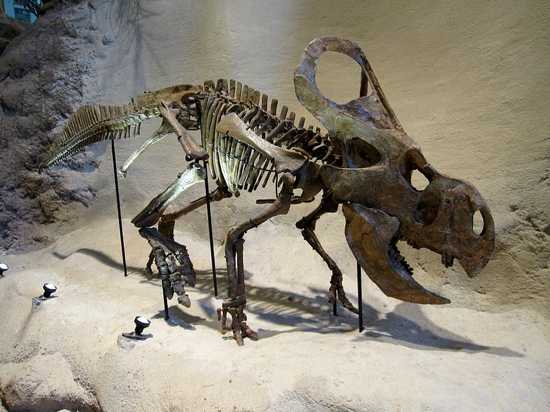 The dinosaur called protoceratops was a relative of the more famous triceratops. It walked on four legs and was comparable in size to a large dog, albeit much heavier. Most distinctively, it had a large skull with a bird-like beak and a bony frill sticking out from the back of the skull around its shoulders. Protoceratops lived in large herds which resulted in a large number of fossils being left behind. To people not acquainted with knowledge of dinosaurs, the many preserved skeletons resembled fantastical and bizarre creatures. Due to their size, they were mistaken for small lions. However, the distinctive skull lead to the idea of a lion with a hooked beak like that of an eagle. The front feet of protoceratops more closely resemble claws than lion paws, and so the skeleton was interpreted as that of a griffin: a mythical fusion of lion and eagle. According to legend, griffins were man-eating lions with the head and front legs of a giant eagle. Many believe that the legend itself was inspired by protoceratops fossils rather than merely reinforced by them. 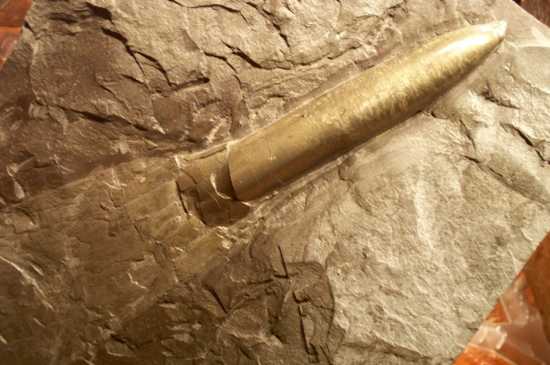 Belemnites were ancient animals which resembled squid. Unlike squid, they had ten arms of equal length which were covered in tiny hooks, and, most distinctively, they had a skeleton. Belemnites coexisted with the dinosaurs, and filled the seas. The most frequently found fossilized part of their skeleton showed the cylindrical, pointed bodies, but lacked softer structures such as tentacles. The fossils are long and bullet-shaped. In Europe, people thought these were thunderbolts – that is, objects which were hurled down from the heavens and created the sound of thunder as they crashed. They were associated with various thunder gods and were called thunder arrows or thunderstones. Many people kept them in various parts of their homes to ward off lightning strikes. Other people thought belemnites came from elves rather than gods. They considered them to be elf fingers, fairy candles, or pixie bolts. People used them in various superstitious medicines, including treating snake bites and headaches by tying the fossil onto the afflicted part of the body and chanting various incantations. 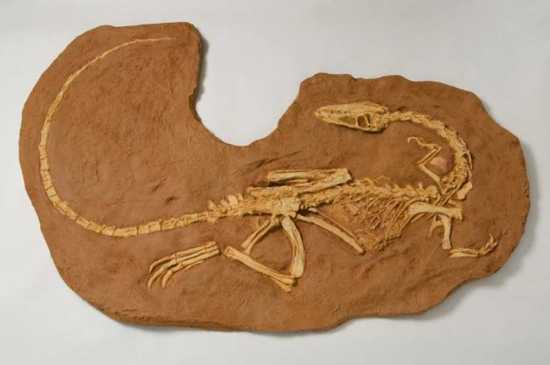 Anchisaurus was a type of early dinosaur. It was herbivorous, had a long neck and tail, and was related to the more familiar apatosaurus and diplodocus. Anchisaurus was smaller than its more recent relatives, and grew to only slightly over 2m long. It evolved from bipedal ancestors, and was not fully quadrupedal – although its front legs were better designed for walking, it could rise up on its hind legs when needed and use its front legs as makeshift hands. Anchisaurus is of historical interest due to the misidentification in its discovery. Anchisaurus was mistaken for the animal we should be most familiar with: humans. Its long neck, longer tail, lizard-like pelvis, reptilian skull, and other features were all overlooked. The sole fact that it was very approximately human sized was enough to convince people that it was the remains of a human. After finding more such fossils over several decades, the word ‘dinosaur’ was coined and people began to come to the conclusion that the bones were reptilian. Nevertheless, the very fact that such obviously inhuman fossils could ever be thought to be human speaks volumes of our ability to delude ourselves. 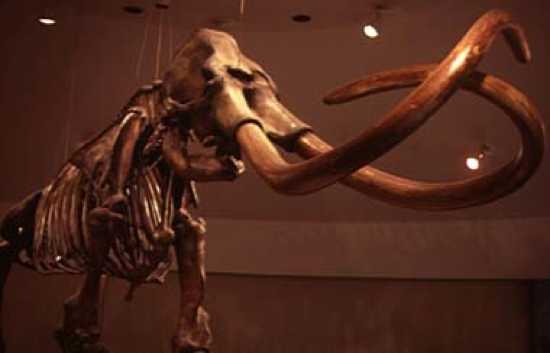 Until several thousand years ago, gigantic mastodons and mammoths roamed the icy earth. They resembled elephants with a hairy coat and tusks many meters long. A mass extinction, climate change, and over-hunting caused their eventual demise. Like modern elephants, these animals had more muscles in their trunk than in the entirety of the rest of their body. The trunk itself is the closest thing any land creature has developed to a tentacle, and it is capable of incredibly fine, delicate movements as well as immense brute strength. The many sophisticated trunk muscles require a large space to be attached to, resulting in a hole at the front of the skull. Modern elephant skulls demonstrate the same phenomenon. Although people living in the range of elephants might be familiar with this, to others, finding such an enormous fossilized skull with a gigantic hole in the front of it conjures up the notion of a giant human with one huge eye socket. The legend of the Cyclops is thought to have come from the skulls of the mastodons and mammoths found outside Africa. 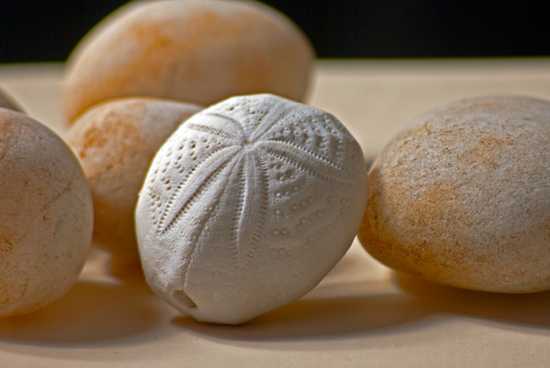 Sea urchins are spiky, spherical creatures commonly found along the seashore. They are in a group of animals called echinodermata, meaning ‘spiny skin’ in ancient Greek. Sea urchins have been around for hundreds of millions of years, and their ancient ancestors have left plenty of fossils. Although similar in appearance to modern sea urchins, the fossils have a long history of being misidentified. In England, they were thought to be supernatural crowns, loaves of fairy bread, or magical snake eggs. In Denmark they were thought to be thunderstones, and were said to sweat before storms, helping people predict foul weather. The five lines found on many sea urchins were thought to be lucky, and they were kept as good luck charms in India. The magical powers attributed to sea urchins reflected the way each culture interpreted them, and they were variably thought to cure snake poison, help bread cook, protect households from storms, and improve providence. 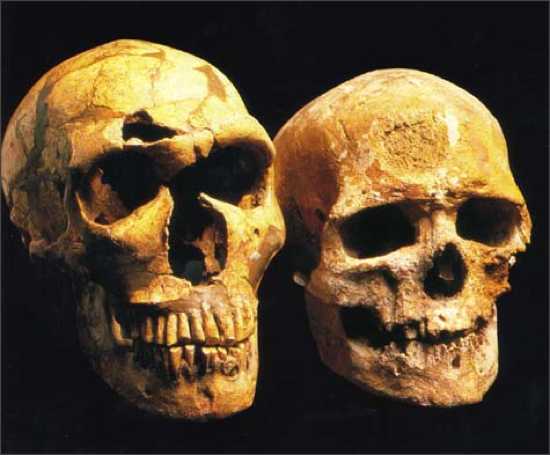 Our many ancestors and cousins have left fossils all over the earth. Due to their obvious disparity with ourselves, before people had deduced human evolution they often had trouble interpreting the fossils. Those found in Europe and the Americas were sometimes said to be proof of the various human-like mythical creatures mentioned in the Bible, such as giants and demons. Others were said to be modern apes, despite their clear differences from any such living primate. It was even suggested that the hominid skeletons were those of modern men – albeit ‘lesser’ men, meaning all excepting those who made the claims. In more modern times, hominid fossils have been attributed to aliens rather than mythical monsters. It is thought that hominid fossils in Asia may have inspired the many legends of yeti creatures. Some even suggest that as many hominids coexisted with us in the past, the legends were not inspired by fossils but by the living creatures themselves.