I have always been fascinated by futuristic architecture and seeing as it’s the weekend I was browsing around checking out some amazing designs today. I have picked out my favorite ten for your perusal – as a bit of a respite from text-heavy lists. So here you go – ten of the most amazing futuristic buildings – some which are actually in the process of being built or will be built. Click the images to see a larger version and tell us which one you like the most in the comments. 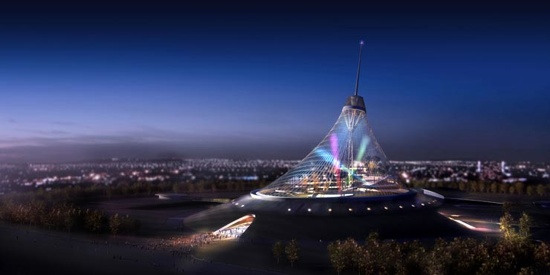 The Khan Shatyr is already a reality! It is an immense transparent tent in the centre of Astana – the new capital city of Kazakhstan. It serves as both a cultural center and a place for social interaction amongst the city residents. The climate in Astana is rather harsh with winter temperatures dropping to -35c (-31F). 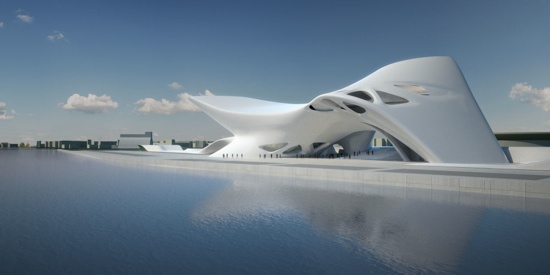 The Nuragic and Contemporary Art Museum in Cagliari, Italy, ran a competition for the design of their new building. Zaha Hadid architects won the bid with this incredible design which covers 12,000 square meters! 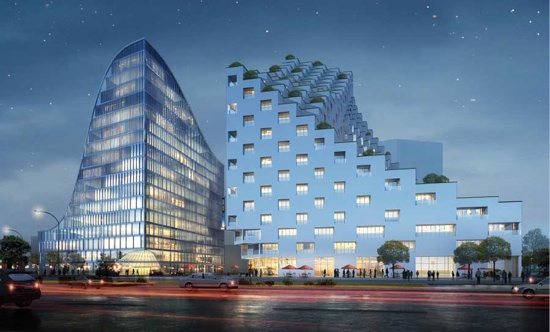 The Hangzhou Waves is a design for a five star hotel and office block in Hangzhou China. The design actually comprises two buildings which complement each other. A large number of other pictures illustrating how amazing this hotel is going to be can be seen here. 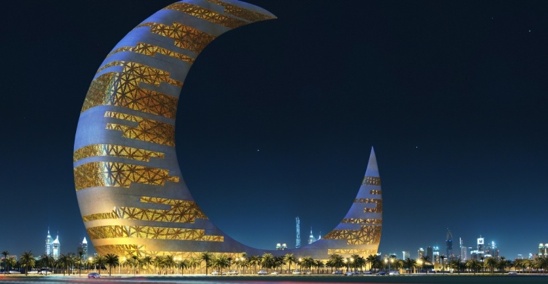 Of course Dubai couldn’t be left off the list. The Crescent Moon Tower is a design concept for a structure in Za’abeel Park which is to represent the modern face of Dubai. It will have a library, conference facilities, restaurants and an open air observation deck. Just watch out for the sandstorms! 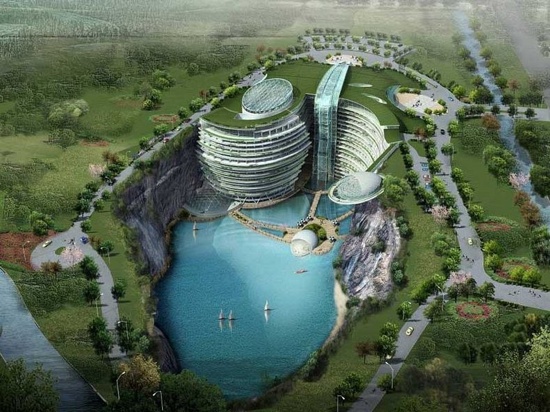 This truly amazing hotel is to be constructed in a flooded pit at the base of Tianmashan Mountain in Songjiang, shanghai. As you can see it is designed to fit right into the pit (which you can see here with other artist renderings of the end result) maintaining its original structure. 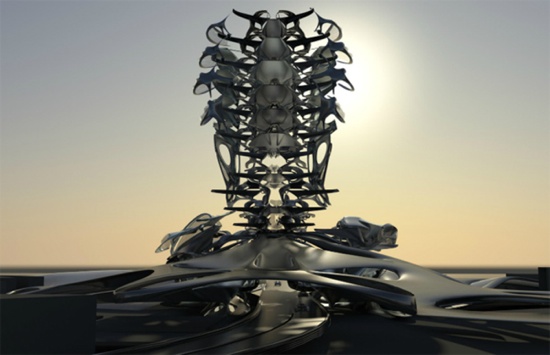 The Nexus Media Center is another concept design for the United Arab Emirates – continually at the forefront of advanced futuristic architecture. It will be essentially a data storage building but it will also contain a media center, exhibition spaces, offices, apartments and gardens. 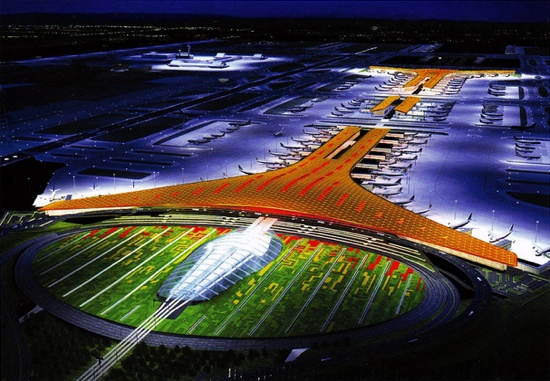 Beijing Capital International Airport is home to the stunning terminal three (above). It was completed in 2009 – a touch late for its main purpose: to serve the country’s needs for the olympics. It the largest airport terminal in the world covering 986,000 square meters!

3
Gardens of the Bay 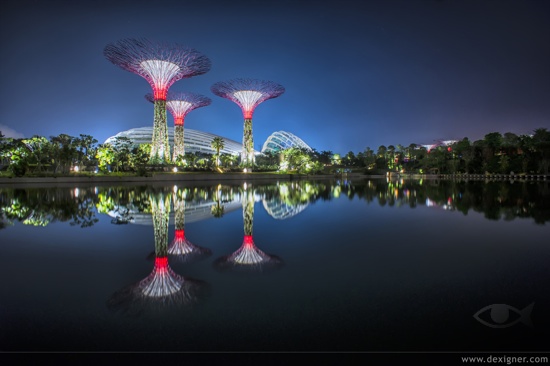 The Gardens of the Bay are an urban pard in Singapore. They already exist and you can visit right now. It was voted the world’s best building and if you follow this link to see some more pictures of it you will understand why. 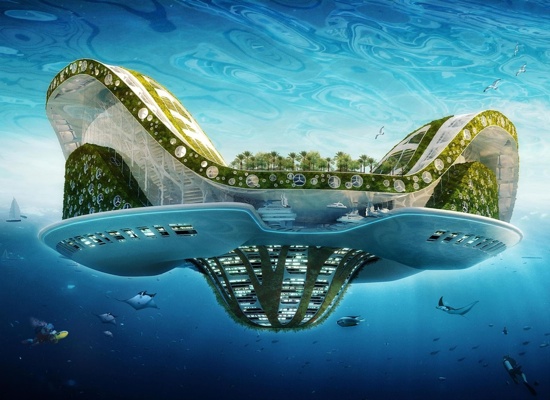 In an attempt to prepare for a future involving the doomsday scenario of extreme climate change, a Belgian artist has designed Floating ecopolis (also known as lilypad) which is to be a home for climate change “refugees”. It contains three mountains and it floats – it is able to house up to 50 thousand people (not sure what happens to the rest of us!) Its ability to float will help it cope with the loss of land due to melting ice at the poles. 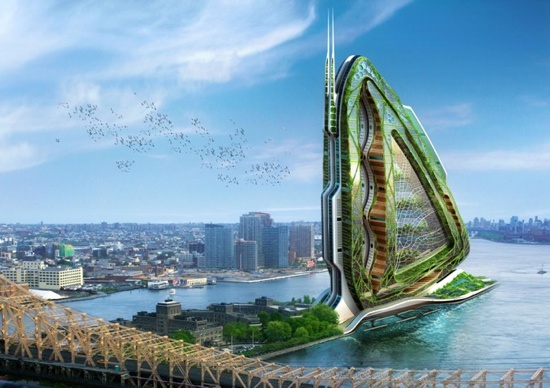 The same architect as above (Vincent Cellebaut) designed this concept for a vertical farm for New York. The 132 storey structure will contain two central cores which allow for office spaces and other social uses but the essential part of the building is the linking floors which would be used to house farms. Whether or not this project will ever exist I do not know – but it certainly makes for a damned fascinating concept.