When making decisions it’s best to have all the facts in front of you and to take your time and consider all the options carefully. You probably also shouldn’t have a full bladder. Science though, has other ideas. In fact there are other much stranger things you might consider when making decisions in future. 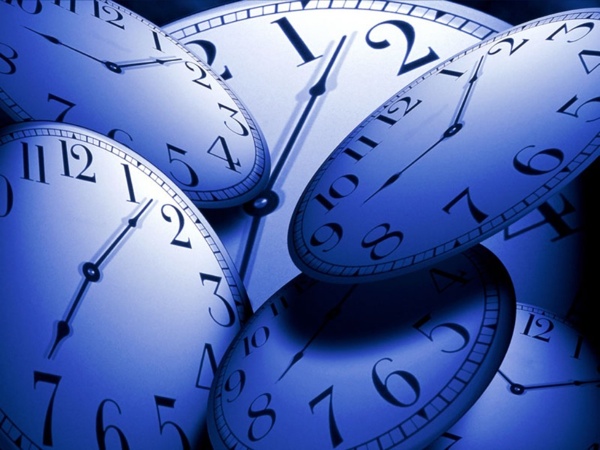 During the day we make dozens, if not hundreds, of simple choices: what clothes to wear, what breakfast to eat, what traffic lane to take, what music to listen to and so on. Each selection drains our decision-making ability that little bit more and by the end of the day we are about as good at decision-making as Elizabeth Taylor is at picking a life-partner. The crucial difference between physical fatigue and mental fatigue is you are not aware of being mentally drained.

A study in 2011 looked at what how judges’ decisions (1,100 of them) were influenced by decision fatigue and found that prisoner appeals heard earlier in the day were more likely to be successful than those heard later on due to how mentally tired the judges were.

The phenomenon hasn’t just been noted in judicial circles either; the White House is well aware of the phenomenon. Have you noticed Obama has worn the same couple of colored suits day in, day out for about five years now? This is a conscious decision on his part to limit the small choices he makes so he has the mental capacity to deal with the bigger ones. 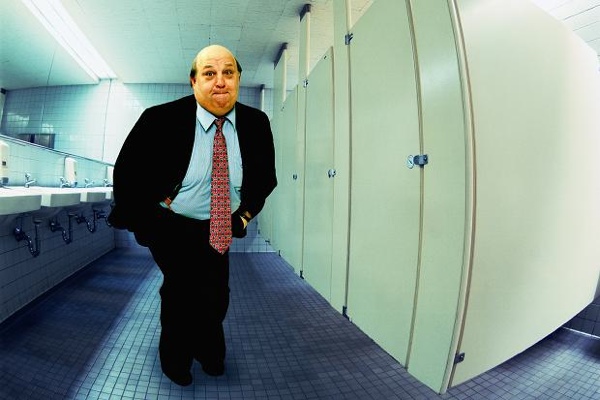 Have you ever been faced with a really tough decision? A decision that could make or break your career, ruin your relationship or change your life forever? Do you know what you need to do? Stop going to the toilet. But don’t take our word for it, that’s what science says.

Dutch scientist Mirjam Tuk won a Ig Nobel Prize for her study into how bladder control can positively influence how we behave. Her research showed that people who really need to pee “become more patient with money,” and are “better able to wait for a later, but larger reward, instead of the more impulsive, more immediate reward. And they can also control other, more cognitive, automatic impulses.”

In one specific experiment, a group of volunteers drank five cups of water while another group took small sips from five separate cups. After the forty minute mark (around the time it takes for the water to reach the bladder), the participants’ self control was assessed. They could choose to receive $16 tomorrow or $30 in 35 days time. On average those who needed the bathroom held out for the larger reward than those who were less urinary-challenged.

8
How Angry You Are 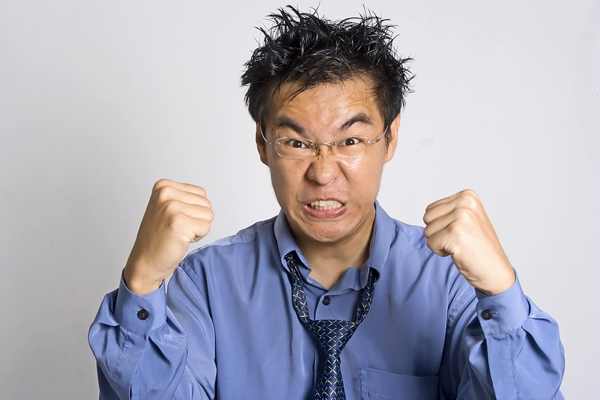 We all know that anger leads to hate and hate to suffering, right? Well, that might be true in a galaxy far, far away, but down here on Earth anger might just lead to more informed decision-making.

Wesley Moons, a psychologist at the University of California and colleague Diane Mackie conducted a number of experiments into exactly how anger affects decision-making. In the first test a group of students who were sufficiently angry (they were criticized by their peers and made to write about previous anger-inducing moments) were placed alongside a group of perfectly placid participants. They were then asked to read both compelling and weak arguments designed to convince them that students have good financial habits. The strong argument cited actual research, the weak one didn’t.

In a second test the participants were told who had made the arguments. One group was told the arguments were made by an organization with experience in financial matters another group was told that it was made by a medical organization with no relevant experience in the area. In both cases the angry students proved that anger makes you more an analytical, better decision-makers and, in a third experiment, even managed to prove that anger can turn people who are, ordinarily, not very analytical into more shrewd thinkers.

7
Having Too Much Choice 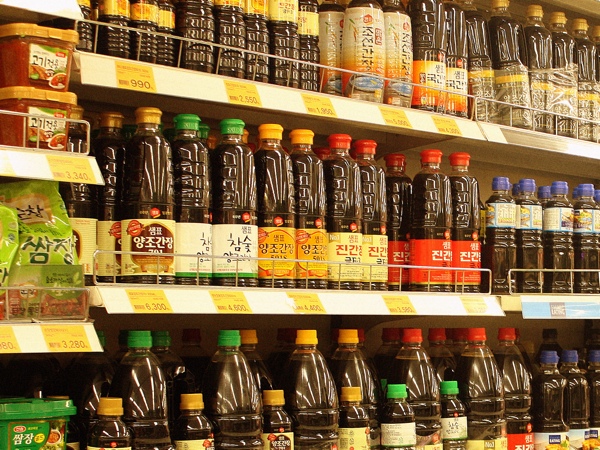 When making a decision it’s best to have all the options on the table, right? Well, not according to science. Apparently we are happier with the decisions we’ve made if we limit the options in front of us.

One particular study looked at how people reacted when faced with choosing chocolate sweets. People preferred to choose from thirty rather than six sweets (because having options is great), but after making their choice the people who picked from the smaller group of sweets were happier with their decision and were more likely to eat those chocolates again.

Barry Schwartz, the author of The Paradox of Choice, explains this odd paradox thus: “The more options there are, the more likely one will make a non-optimal choice, and this prospect undermines whatever pleasure one may get from one’s actual choice.” When it comes to big, life changing decisions—what college to go to, whether to have a latte or a cappuccino, which Middle Eastern country to bomb next—it is best not to make a snap judgement. Think it over? Yes. Sleep on it? Sure. But definitely don’t make that decision quicker than it takes to blink. Unless you listen to science.

In the academic journal Science, researchers came to the seemingly counter-intuitive conclusion that thinking things through inflates the importance of various aspects of your decisions at the expense of others and impairs overall judgement. Put succinctly: simple decisions are improved by conscious thought, complex decisions are not.

In a number of experiments the researchers discovered that conscious thought helped identify good cars when the features described were pretty simple. When it was more complex, the unconscious mind was better at choosing the more impressive car. The same held true for people’s shopping choices.

Science has yet to come up with a simple way for humans to recognize the difference between gut instinct, free will and a stupid decision. Just give it time though.

5
The Sex of Your Child 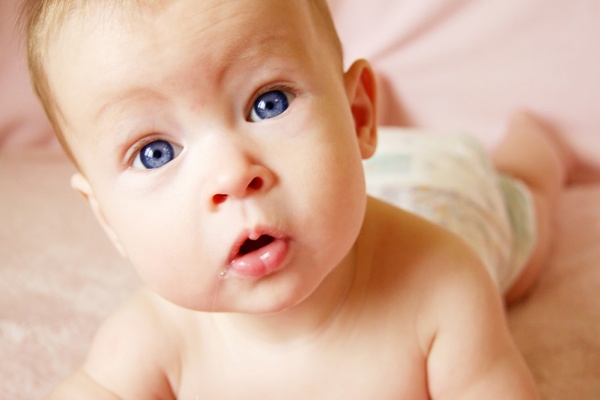 If political allegiances have always come between you and your partner then having a baby could turn your other half from a conservative to a liberal or vice versa. A 2008 study titled Daughters and Left-Wing Voting found that the sex of your child could affect your political decisions. For every additional daughter a couple has they become two percent more likely to vote liberal. The same holds true for boys and voting conservative.

And why does this happen? Well, the two theorists in question have, predictably enough, a theory, they speculate that, “because of wage discrimination and different female preferences over public goods, parents rationally tilt to the left if they have daughters, and to the right if they have sons.” 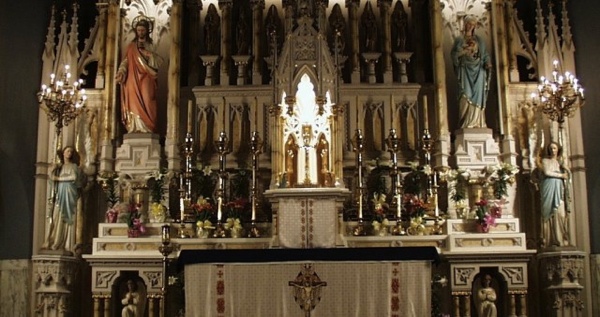 So we can be influenced by our mood and whether we have to go to the bathroom but we’re not naïve enough to be swayed by the room we are standing in, are we?

Well it turns out we are; we really, really are. A number of reports in the last few years have looked into how people vote and came to the pretty extraordinary conclusion that where people made their final decision had an impact on who and what they voted for.

For instance, if you voted in a church you were more likely to vote more conservatively than you actually were and perhaps decide that hot button topics like abortion or same-sex marriage were not for you. Another study found that if you voted in a school you became increasingly likely to respond positively to school initiatives on the ballot paper.

Conclusion, it’s probably best not to decide to have a baby while standing in a maternity ward. We would like to think we don’t make snap judgements on people. In reality we are all pretty aware that the clothes someone wears, their body language and how stunningly attractive they are (or are not) make a pretty big impact on how we respond to them. Perhaps not so obviously, so does temperature.

A study by psychologist John Bargh and marketing professor Lawrence Williams looked at how temperature affects decision-making. Participants were asked to hold either a hot cup or a cold one and then asked for their impressions of a hypothetical person. Those who handled the hot cup of coffee rated this fictional person as significantly warmer and more sociable than those who held the icy cold cup.

In a later experiment feeling a warm object also made the volunteers more generous and more likely to give away a gift certificate than keep it for themselves. The warmer the temperature the more likely we are going to trust a stranger, give tips to waiters and even make riskier investments. You should never listen to Nirvana while you study or dance to Deep Purple while trying to think. Never scream with Slipknot while doing research or rock with Rammstein when writing a speech. Or at least that’s the theory.

A study in January 2009 examined the effects of different tempos of music on performance and decision-making. The results were definitive. Participants who listened to faster music made better and more accurate decisions when it came to harder decision-making than those who had slower music on in the background. Although results were the same when it came to simple decisions. Video games get a bad rap at the best of times. When they are not being blamed for turning kids obese, they are blamed for turning them into psychotic gun-toting maniacs. While the scientific studies on the later, at least, are still up for debate, violent computer games have one definitive positive: they help gamers make better and more accurate decisions.

Scientists at the University of Rochester have discovered that playing action video games actually trains people to make the right decisions faster. People who played these specific types of games not only develop a heightened sensitivity to the world around them but are also better multitaskers, better drivers and have an improved sense of direction.

A study in the journal Current Biology looked at dozens of eighteen to twenty-five year olds who didn’t ordinarily play computer games. One group played the strategy game The Sims 2 the other the rather more action-packed Call of Duty 2 and Unreal Tournament.

In the tests that followed the participants were made to answer questions, analyze their surroundings and complete auditory tasks. The action-heads were twenty-five percent faster at coming to conclusions while answering just as many questions as their Sim-playing peers.

One of the study’s authors Daphne Bavelier stated: “Decisions are never black and white. The brain is always computing probabilities. As you drive, for instance, you may see a movement on your right, estimate whether you are on a collision course, and based on that probability make a binary decision: brake or don’t brake.”

In summation, action video game players’ brains were found to be much more efficient collectors and processors of visual and auditory information than non-gamers, thus making them able to make better and quicker decisions.