People love to play around with language. Wordplay describes a broad category of linguistic manipulation of sounds, words, phrases, and text. It can be intentional or accidental; it can be used for humor, offense, and much more besides. There’s really no limit to what can be done when you’ve got entire languages at your disposal.

So read on to discover the following: why are misheard song lyrics called Mondegreens? What’s odd or unusual about this particular phrasing? Do geese see God? What is it called when you say “darn” instead of “damn”? 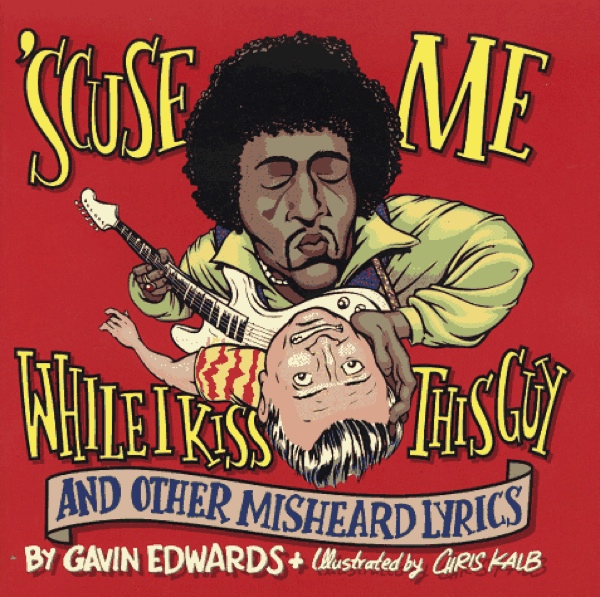 There is an old Scottish ballad called The Bonny Earl O’Moray, whose first stanza goes like this:

Ye Highlands and ye Lowlands,
Oh, where have ye been?
They have slain the Earl O’Moray,
And laid him on the green.

American writer Sylvia Wright heard this as a young girl, as read aloud to her by her mother, and misheard the last line as “And Lady Mondegreen.” Thus, a new term was born: Wright published an article in Harper’s Magazine in 1954, coining the word that eventually came to describe a misheard song lyric (or phrase in general). In a sense, they are a type of oral malapropism; instead of fudging what you said, you fudged what you heard.

“‘Scuse me while I kiss this guy” (“the sky”) – from Purple Haze by Jimi Hendrix.
“The ants are my friends” (“The answer, my friend”) – from Blowin’ in the Wind by Bob Dylan.
“She’s got a tick in her eye” (“she’s got a ticket to ride”) – from Ticket to ride by The Beatles.
“There’s a bathroom on the right” (“bad moon on the rise”) – from Bad Moon Rising by Creedence Clearwater Revival.

Linguistically, Mondegreens are usually a type of “oronym”—a pair of phrases that are homophonic. 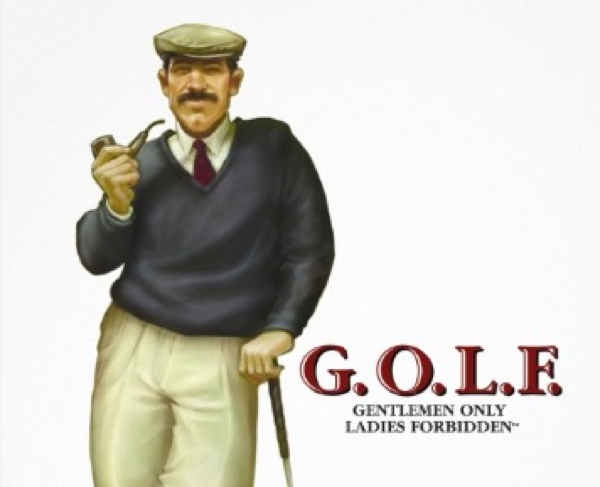 Backronyms are acronyms created to suit a specific phrase; essentially, they are acronyms formed in reverse. Whereas an acronym takes the first letter from a phrase and makes a new word out of it (as in scuba, which stands for “self-contained underwater breathing apparatus”), a backronym either takes an existing word and makes an acronym out of it, OR creates a phrase to meaningfully connect to a particular word.

The “Amber Alert,” for example, is a broadcast system used by the US Justice Department when a child goes missing; it stands for “America’s Missing: Broadcast Emergency Response,” which came from the name Amber Hagerman, a little girl who was famously kidnapped in 1996. Other backronyms include MADD (Mothers Against Drunk Driving) and “golf” as a backronym for “Gentlemen Only, Ladies Forbidden” (not a real acronym because golf doesn’t actually stand for anything). 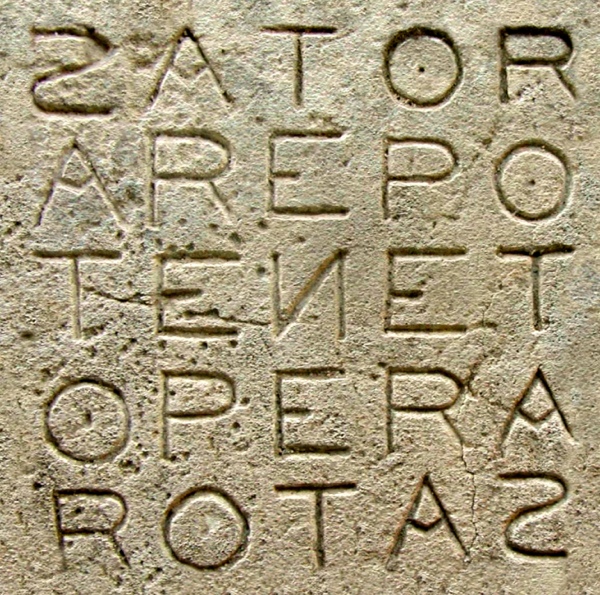 A palindrome is a word, string of words, sentence, or number that can be read backwards the same as it’s read forwards. The number 2002 is a palindrome; so are the words radar and racecar. The word derives from the Greek “palindromes,” meaning “running back again,” and was first used in the early Seventeenth Century.

The first known palindrome dates all the way back to 79 AD, in the form of a piece of graffiti in the former Roman town of Herculaneum (in modern-day Italy). The so-called “Sator Square” reads: “Sator Arepo Tenet Opera Rotas,” which means “the sower Arepo holds works wheels,” whatever that may mean. Ancient palindromes can also be found in the Quran, in ancient Sanskrit, and in Seventh Century Tamil poetry, of all places.

A great many palindrome enthusiasts challenge themselves to form lengthy, creative, and above all understandable (and grammatically correct) palindromes. Some examples:

No, it is open on one position.
Doc, note: I dissent. A fast never prevents a fatness. I diet on cod.
A man, a plan, a canal: Panama.
Anne, I vote more cars race Rome to Vienna.
Some men interpret nine memos.
Do geese see God? 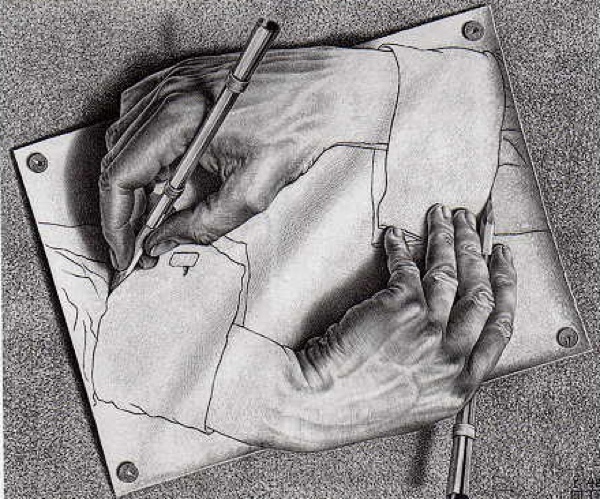 An autogram is a sentence that describes itself, specifically its linguistic content. It is also known as a “self-referencing sentence.” It can be fairly simple—just a few words describing its letter or word content—or it can get more complex by being lengthy and more descriptive, and by indicating other linguistic features like punctuation. A few examples: 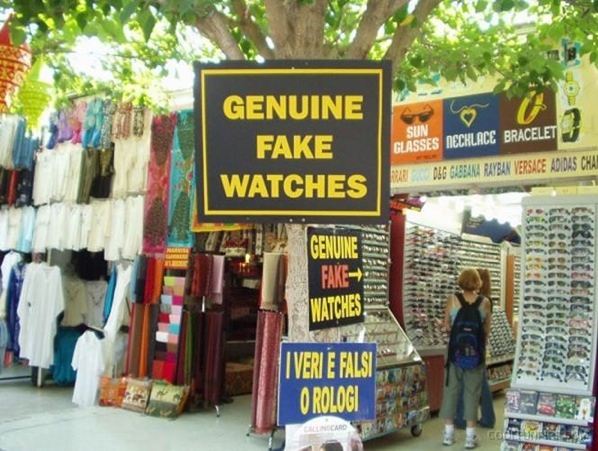 Oxymorons are combinations of words that appear contradictory or incongruous in some way. The word dates back to the middle of the Seventeenth Century, and comes from the Greek “oxymoron,” meaning “pointedly foolish.” The oxymoron is closely related to the paradox and to antithesis.

A true oxymoron is considered to be a phrase whose result is surprisingly true, stemming from an apparent contradiction. A humorous phrase like “military intelligence,” often cited as one of George Carlin’s oxymoron’s, technically isn’t one, given that there is no true contradiction between the two terms beyond the speaker’s opinion. Same goes for the phrase “business ethics.” The definition of oxymoron may, however, be broadening to include that type. 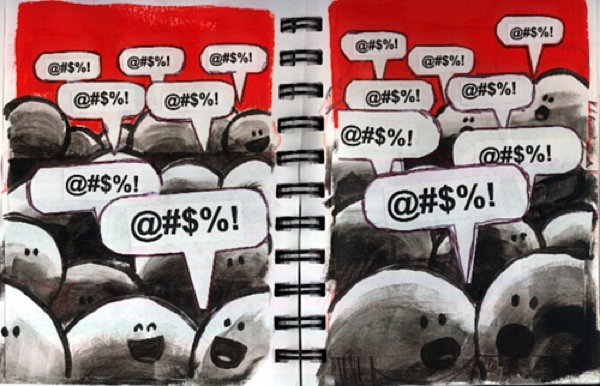 Dysphemism describes the substitution of a more offensive or disparaging word in a situation where a less offensive one would have been appropriate. It’s basically the opposite of a euphemism, a term used to soften the impact of a potentially offensive or hurtful term (saying “pass away” instead of “die,” for instance, or “Kiss my you-know-what” instead of “ass”). With a dysphemism, the speaker makes an active choice to use the more offensive of two terms.

Dysphemism often takes the form of a simple insult (calling a police officer a “pig,” or a man an “asshole”). It can also involve the use of a person’s first name in a situation that would call for him to be addressed as “Mr. [Last Name].” Many instances of dysphemism actually come about when a neutral word is considered “bad” and is referred to using a euphemism; for instance, the word “toilet” may be considered uncouth, so people use euphemisms like “restroom.” When “toilet” is used instead, it becomes an instance of dysphemism.

Oddly, there is a type of dysphemism known as “euphemistic dysphemism,” which on the surface would appear to be a sort of linguistic oxymoron. When you use a “minced oath”—saying “shoot!” for “shit!” or “darn!” for “damn!”—that’s euphemistic dysphemism because the expression as a whole is considered “offensive,” but has been softened through the use of euphemism. The relationship between dysphemism and euphemism can get muddled depending on the context of an utterance, specifically the relationship between the speakers and the listener. 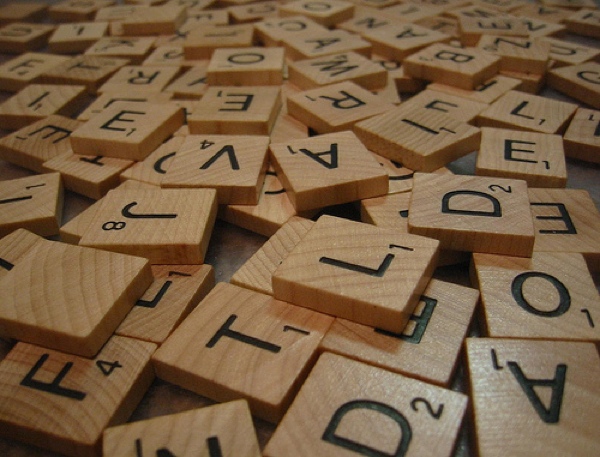 What do you grok about this paragraph? Is it odd? What’s missing? Look it up and down. I am almost undoubtful you’ll spot it, this oddity I am talking about. Did you catch sight of it?

The above paragraph, as you may have noted, is missing the letter “e”—making it a lipogram, which means “missing letter” in Greek. A lipogram is an example of “constrained writing,” a literary technique where certain conditions are imposed on the writer. Lipograms can be written with the omission of any letter (or group of letters), but the more common the letter, the harder, which is why “e” lipograms are the most common.

Perhaps the most remarkable achievement in the lipogram world is the 1939 novel Gadsby by Ernest Vincent Wright, a 50,000-word book without a single instance of the letter “e.” Wright wrote the book on a typewriter with the “e” key tied down. While a paperback version can be bought on the cheap, hardcovers are extremely rare and will set you back at least a thousand dollars. 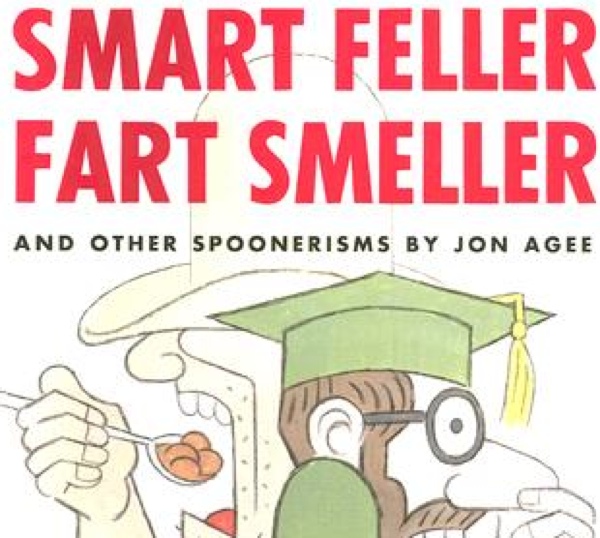 Spoonerisms are among the best-known types of wordplay, due in no small part to the fact that we spout them unintentionally all the time. A spoonerism is when corresponding consonants, vowels, or syllables are swapped, either in a two-word phrase (most common) or in a longer sentence. They were named after the Reverend William Archibald Spooner, who was apparently prone to spoonerisms—though it’s worth noting that only a few substantiated examples exist, and that many of his attributed spoonerisms are likely apocryphal.

Spoonerisms can result in nonsense (”runny rabbit” for “bunny rabbit”), or a new phrase entirely (”crooks and nannies” for “nooks and crannies”). Some other amusing examples include: 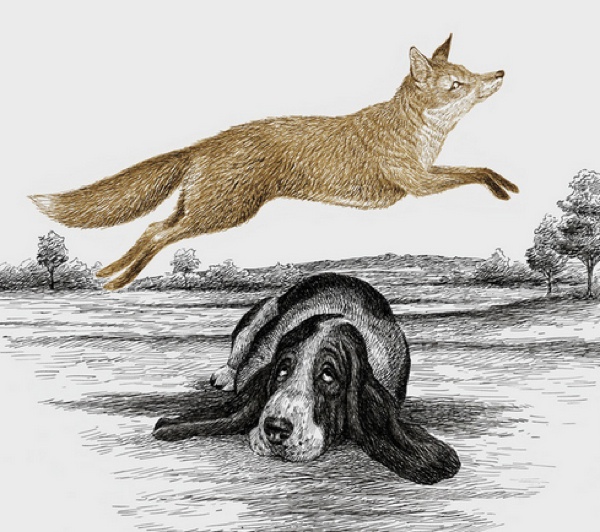 A pangram is a sentence that uses every letter of the alphabet. The classic example is “the quick brown fox jumps over the lazy dog”—a phrase often used to show differences in fonts, and to test typewriters and computer keyboards.

The ultimate challenge, however, is to create a pangram in which each letter is used exactly once, and no more. You can imagine the difficulty in this, not least because of the paucity of vowels at one’s disposal. Unsurprisingly, most “perfect pangrams” make little sense, use obsolete words, and/or rely heavily on acronyms and abbreviations, as in the following cases:

There’s also a famous Latin pangram known as “lorem ipsum,” which you may well find familiar as a text placeholder used to demonstrate the range of fonts and characters. Here is one version: “Lorem ipsum dolor sit amet, consectetur adipiscing elit, diam nonnumy eiusmod temper incident ut labor et doll…” It’s nonsensical, though it represents fragments of a passage from Cicero written in 45 BC. Certain versions of lorem ipsum are much longer. 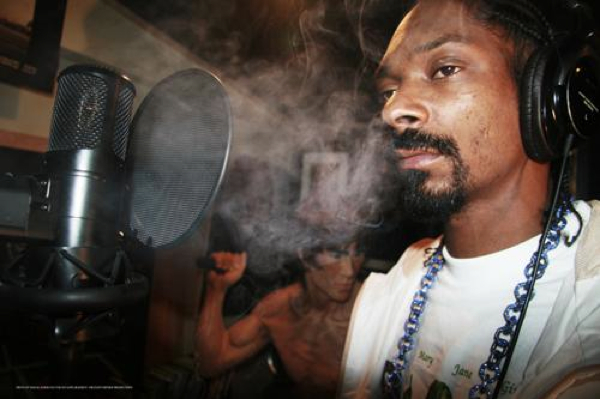 Most of us are familiar with Pig Latin, an invented “language” that involves moving the first consonant (or consonant cluster) of a word to the end and adding the sound “ay.” To write in Dog Latin, however, you must take a word in English (or another language) and add Latin endings. Scientists do this on occasion, as in the elements “Berkelium” and “Californium,” named after “Berkeley” and “California,” respectively. Bart Simpson used Dog Latin when he called Lisa a “dorkus malorkus.”

Of note is the “izzle” suffix popularized by Snoop Dogg (currently Snoop Lion), which—though it doesn’t appear to have a formal linguistic name as yet—is known as “Dogg Latin” in certain circles.