Death is terrifying to most people. For many, the idea of living forever and attaining immortality is a much better alternative than death. This list includes ten human beings declared to be immortal during their life (and sometimes after—despite death) and as with every story of mystery, myth and legend gets mixed with facts and history, making things even more complicated for us.

Common sense tells us that everything dies. But rather than face that dark truth, humankind continues to believe in alternative sources of infinite life and these ten stories are no exception to this rule. 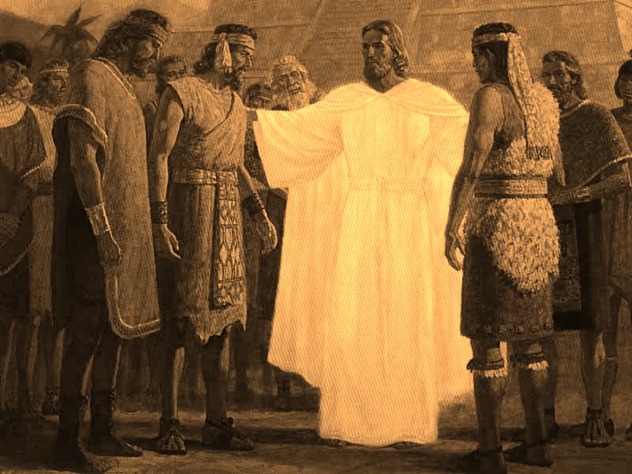 The stories of the Three Nephites comprise one of the most striking religious legends in the United States. Bearing some resemblance to stories of the prophet Elijah in Jewish lore, or of the Christian saints in the Catholic tradition, the Three Nephite accounts are nevertheless distinctly Mormon. The members of the Church of Jesus Christ of Latter-day Saints, known as Mormons, believe that Jesus Christ visited America after his resurrection and chose 12 apostles from among an ancient group of people there called the Nephites to help spread his Gospel message in the new world. Three of those apostles asked Jesus to change them from human beings into angels and let them remain on Earth until the end of the world so they could help people in need wherever they traveled on the planet, according to the Book of Mormon. Those three translated beings (people who have become angels) are known as the Three Nephites, and stories about their appearances have become a popular part of Mormon lore. 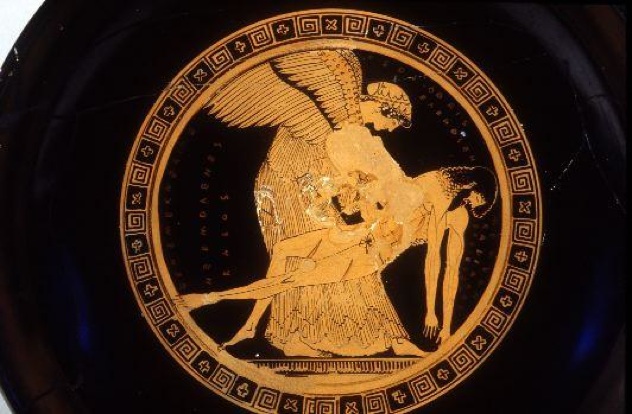 In Greek mythology, Memnon was an Ethiopian king (probably the most popular figure of African heritage in Greek mythology) and son of Tithonus and Eos. During his life he was thought to be an immortal, while as a warrior he was considered to be inferior only to Achilles. At the Trojan War, he brought an army to Troy’s defense but he was killed by Achilles in retribution for killing Antilochus. The death of Memnon echoes that of Hector, another defender of Troy whom Achilles also killed out of revenge for a fallen comrade, Patroclus. Memnon’s death is related at length in the lost epic Aethiopis, composed after The Iliad around the 7th century B.C. Quintus of Smyrna records Memnon’s death in Posthomerica. His death is also described in Philostratus’ Imagines. Memnon’s story might not be very popular, but it’s definitely one of the most intense to read if the chance is given. 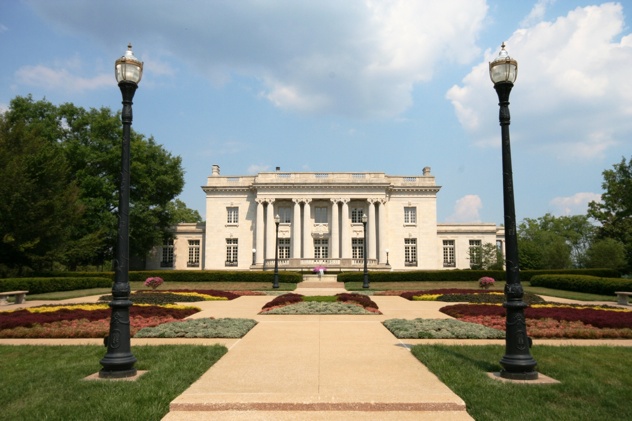 Leonard Jones wasn’t an immortal of course and he knew it very well. He was not a very successful politician either, but like most politicians he had the power of convincing others. No matter how unbelievable it might sound to us now, the fact is that he ran his political campaign on the platform of his immortality, and what’s even more odd is that he convinced a lot of people who subsequently voted for him.

The eccentric American who was born in Kentucky in 1797, repeatedly ran for President of the United States and Governor of Kentucky, citing his self-proclaimed immortality as his main political argument. According to Mr. Jones immortality could be achieved through prayer and fasting. He obviously didn’t do enough of these two, because he died from Pneumonia on August 30, 1868 at the young age (for an immortal) of 71. 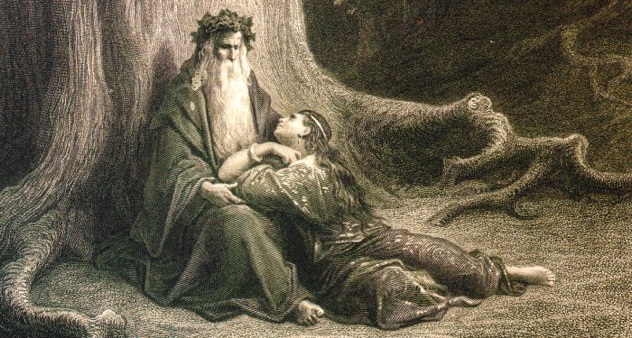 Most people think of Merlin as an elderly man with a long white beard and a tall pointed hat, who was a magician at the court of King Arthur. But the question is, did he really exist? His father according to legend was an incubus, a demon in male form, who had sexual intercourse with his mortal mother. Merlin was an infamous immortal, who has appeared in various folklore, fairy tales and films. The eternally ancient warlock originates in Old English history, and is most popularly associated with King Arthur, the Lady of the Lake and the Knights of the Round Table. Some fans, even to this day believe that as an immortal he’s still around and protects the royal family of England. As every mythical human figure, Merlin the man behind the myth, probably existed, but like so many other “immortals” before and after him, he probably died too. 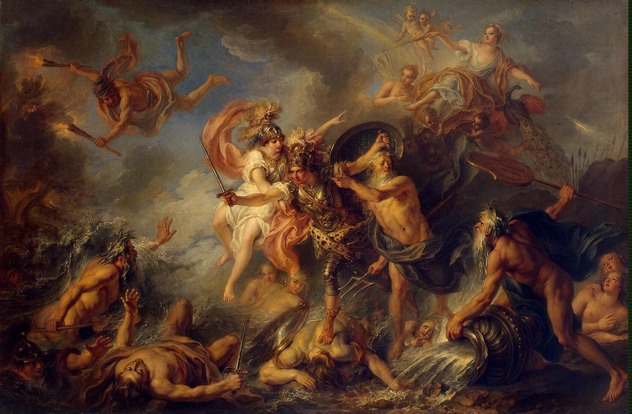 Many historians today would agree that Achilles existed and Homer just exaggerated his warrior-skills and accomplishments. Most scholars nowadays believe that Troy itself was no imaginary Shangri-la but a real city, and that the Trojan War indeed happened. Archaeologists who have been digging into the myth of Homer’s poem, believe the legendary war may have been a process rather than a single event and most (if not all) figures mentioned by Homer, indeed existed.

Back to our topic, according to the myths, Achilles was dipped into the river Styx as a baby by his mother to gain impenetrable skin against any weapons, so he was practically invincible . . . Until the moment that Paris decided to poison his heel, which his mother held onto him by. It is generally believed that Achilles was shot in the heel with an arrow and the tendon of the heel has become known as Achilles Tendon and the term Achilles’ Heel has become a metaphor for vulnerability of any sort, after the story of the great epic warrior. 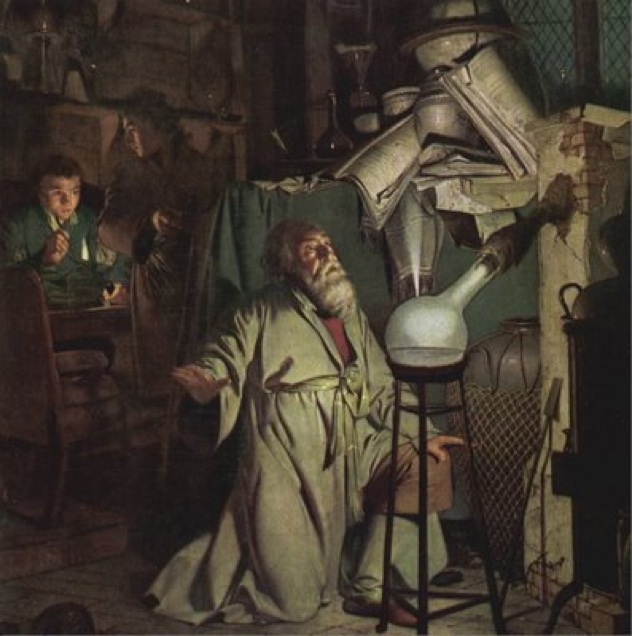 If you’re into mysteries, magic and adventures, then you should definitely check out the story of Nicolas and Perenelle Flamel. In Harry Potter and the Philosopher’s Stone, Nicholas Flamel is featured as the creator of the “Philosopher’s Stone.” Because this stone allows its owner to live forever, it must be protected from falling into the hands of the evil Lord Voldemort.

Although Harry Potter is fictional, Frenchman Nicolas Flamel lived during the late 14th and early 15th centuries. A scholar and scribe, Flamel devoted his life to understanding the text of a mysterious book filled with encoded alchemical symbols that some believed held the secrets of the Philosopher’s Stone. Many myths surround Flamel, including the belief that he successfully created the Stone. His death in 1417 didn’t hurt that myth, and his quest for the Philosopher’s Stone lives on in his writings. Although modern scholarship has cast doubt on the authenticity of alchemical texts ascribed to him, he remains an important figure in the alchemical world. 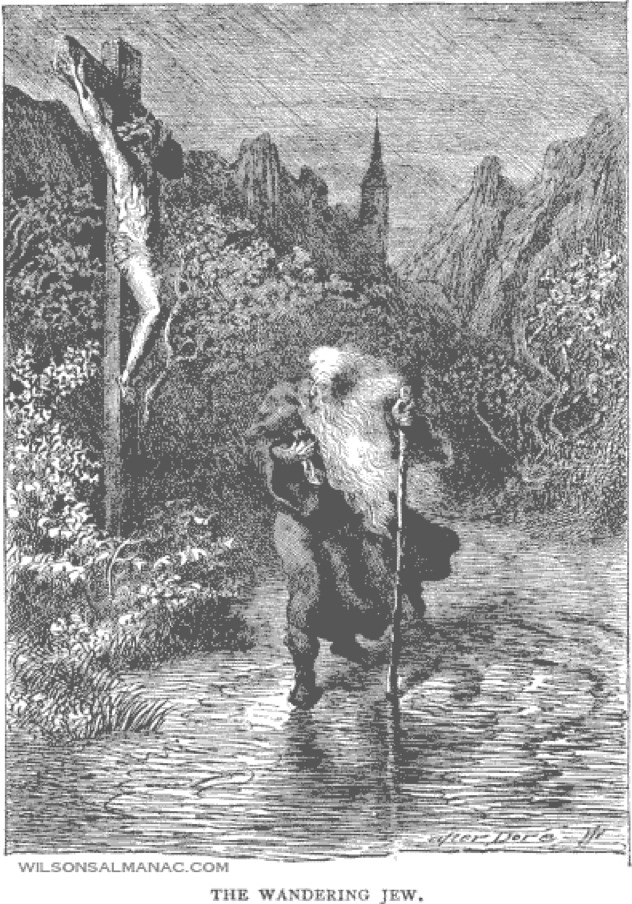 As Christ was carrying His cross to Golgotha, He stopped for a moment to rest outside the house of a shoemaker named Ahasuerus. When Ahasuerus saw this, he jeered at the Savior, asking Him why He was dallying. Christ then looked at Ahasuerus and pronounced the curse: “I will stand here and rest, but you must wander the Earth until I return”. The Wandering Jew many centuries later would become a very popular figure all over the medieval Christian world that spread widely in Europe in the thirteenth century and became a fixture of Christian mythology and literature. The legend of the wandering Jew is founded in part on Jesus’ words given in Matthew 16:28: “Verily I say unto you, There be some standing here, which shall not taste of death, till they see the Son of Man coming in his kingdom.” The story has endless variations. Sometimes Ahasuerus is an old man; sometimes he remains forever young; sometimes he ages and then returns to youth. Ahasuerus is condemned to remember all his past lives according to the myth, but for some reason I tend to believe that the real person Ahasuerus lived only one life and he has been long gone since then. 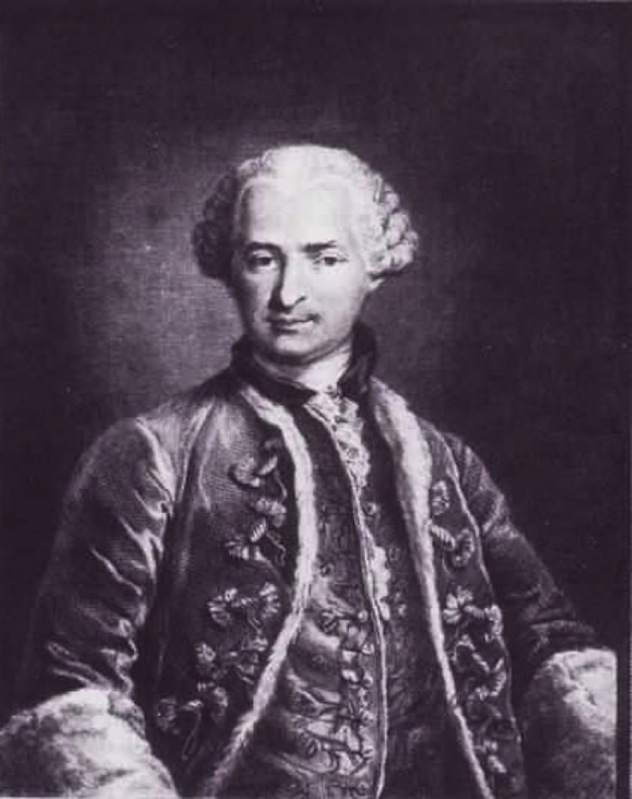 Enigmatic and attractive, the young count’s skin seemed not to have experienced the passage of time. He used to move from one place to another every moment, taking with him the great secret of his personality, as captivating as it was mysterious. Myths, legends and speculations about St. Germain began to be widespread in the late 19th and early 20th centuries, and continue today. They include beliefs that he is immortal, the Wandering Jew, an alchemist with the “Elixir of Life”, and that he prophesied the French Revolution. The Count of St. Germain has been variously described as a courtier, adventurer, charlatan, inventor, alchemist, pianist, violinist and amateur composer, but his story remains one of the biggest mysteries to this day.

After a charmed life of meeting leaders and dignitaries from around the globe, in 1779 the mysterious count arrived in Eckenförde, Germany, where—according to some official records—he passed away in his residence there in the year 1784; however, there is no tombstone in that town bearing his name. Almost 200 years after his death, Richard Chanfray, a French magician and singer claimed to be the Count of St. Germain, but unfortunately he died too. 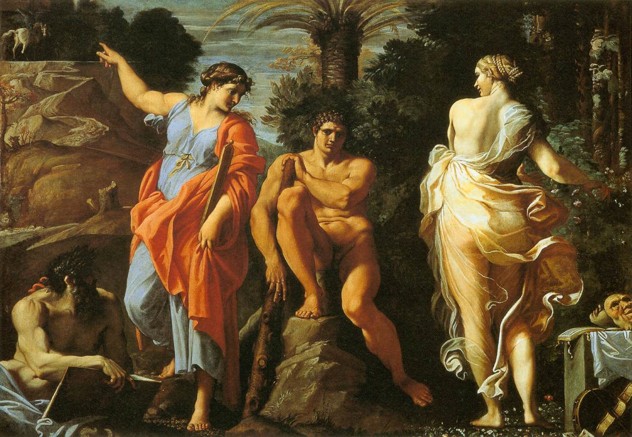 Heracles’ story is one of the most famous around the world. No other individual has achieved so much glory on a universal level, for so many centuries. The stories and labors of Heracles, a man who was so strong and courageous, whose deeds were so mighty, and who so endured all the hardships that were given to him, eventually and according to the legend made him an immortal (metaphorically for sure).

Was there a real Heracles, a man behind these stories? We can’t know for sure. The only certain thing is that just like with the discovery of the city of Troy, archaeologists, fired up the curiosity of historians and the imagination of people around the world, when in 2010 they claimed that evidences showed that the tomb they found in the state of Peloponnese, could be the one of the great mythical hero. The only certain thing is that Heracles, the man who probably existed behind the myth, never achieved real immortality of course, but he managed to become the most famous hero of ancient times and probably the most beloved one too. More stories have been told about him than any other hero and his name has indeed remained immortal in time. 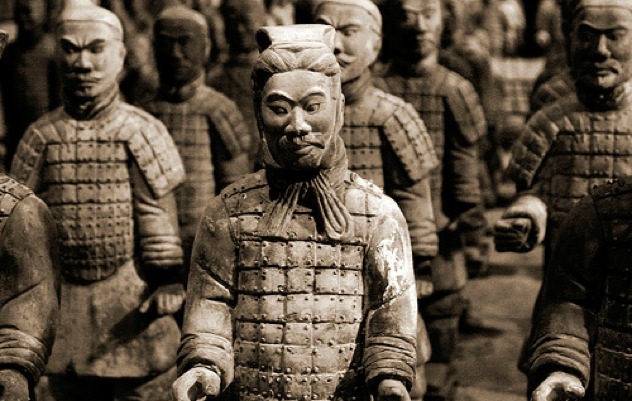 Qin Shi Huang, the founder of the Qin dynasty, is until this day best remembered as the person who gave China a face. His marvelous construction of the Great Wall and the famous Terra cotta Army are both known to everyone in the world. He was one of the most significant Chinese emperors, shaping the country’s history and culture. The people around him, heavily influenced by his great accomplishments started to believe that he was immortal and he tried to make it come true.

According to legend, in his search for eternal life, Qin Shihuang sent one of his servants to find the secret of immortality. The servant, Xu Fudong set sail eastward with thousands of young boys and girls. They never returned to China, perhaps because they feared punishment for failing the mission. Legend says that they found and populated the island we now know as Japan. Qin Shihuang died at the age of 50 in 210 B.C. He died of a quick and lethal disease and proved to his dedicated followers that he was as mortal as every other human being.