One of the great things about the internet is the way it opens up debate. Now we don’t just read a news story, we actively get involved below the line—broadcasting our opinion to millions. At its best, this sort of ‘below the line’ activity can throw up more interesting points than the article itself. At its worst… well, you only have to look at stories on any of these topics to see how opinions can polarize. For instance, good luck finding a rational debate on:

10
The Existence of God 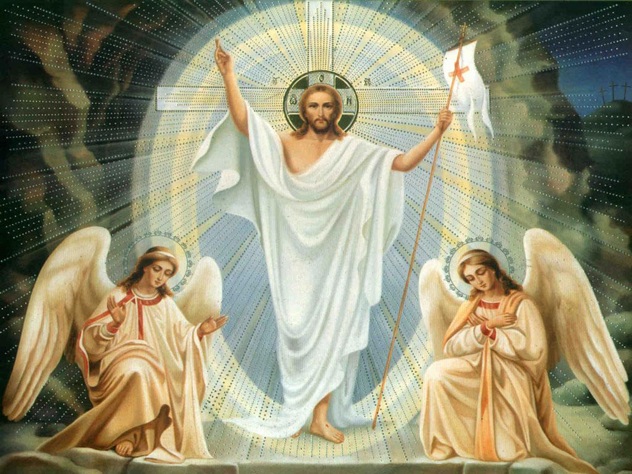 One of humanity’s most-enduring questions is: ‘is there a God?’ For millennia, people have fought and killed each other over the issue and wasted a ton of ink justifying their opinions. So you’d think by now we’d have learned to debate the question sensibly. In reality, nothing could be further from the truth.

The trouble is, both sides (atheists and believers) have their minority of fundamentalists who will do their level-best to ‘win’ the argument by being as condescending as possible. Atheists accuse their religious counterparts of ‘believing in sky fairies’ and compare religious upbringing to child abuse; while the religious faction simply resort to attacking the concept of science.

The weird thing is, most of us have probably met plenty of atheists and believers and never encountered a single lunatic. From personal experience, I know my Christian and atheist friends largely respect each other’s opinions and never try to ‘convert’ others to their side. In fact, watching a debate between these guys would likely be genuinely informative—so why is it only the diehards who ever make it onto message boards? 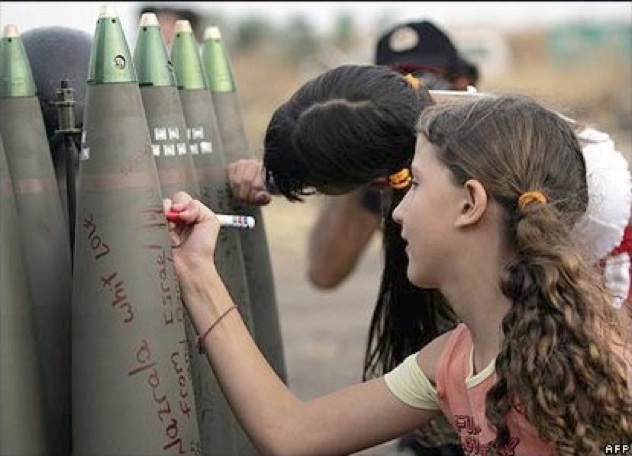 Around the world, there are dozens of ‘contested’ territories: Northern Ireland, Kashmir, the Falklands, Gibraltar and the Western Sahara, to name a few. Many of them have long, turbulent histories, periodically spill over into violence and one of them (Kashmir) nearly triggered a nuclear war. So why is it only the disputed Israeli/Palestinian border that whips up such emotion?

Let’s be clear here: I’m not saying there’s nothing to get worked up about. The situation is undoubtedly tense, not-helped by such things as rocket attacks on Israel, Israeli airstrikes, the seizure of Palestinian land and the violently anti-Semitic propaganda prevalent in the region. If you have to deal with it on a daily basis it’s only natural you’d form a strong opinion. But what’s puzzling is how the entire internet has chosen this specific land-dispute to jump onto—and invested it with such emotion that rational argument becomes impossible. 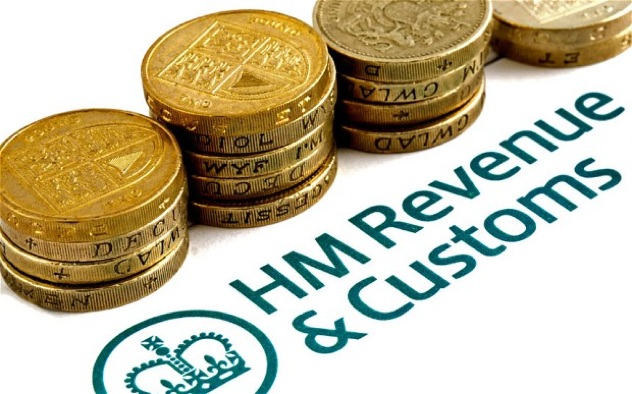 Tax is more-or-less a fact of life: none of us want to pay it, most of us don’t like what it gets spent on, but most of us use some of the stuff it buys—so we begrudgingly pay up. If we think about it much beyond that, it’s probably because we’ve either heard about some company refusing to pay a single cent; or some dumb government introducing a ridiculously unfair rate. But mention taxation on a message board and watch the lunatics come crawling out the woodwork.

Now, to be fair, I’ve voiced some strong opinions on tax on these very pages. So feel free to call me a hypocrite. But I’ve never argued for a one hundred percent tax rate or literally equated taxation with slavery—which is what you’ll hear on any forum devoted to the topic. Like everything else on this list, it seems to be only the extremists who leave comments on these articles: the beret-wearing Che Guevara wanabees and Ayn Rand worshippers. 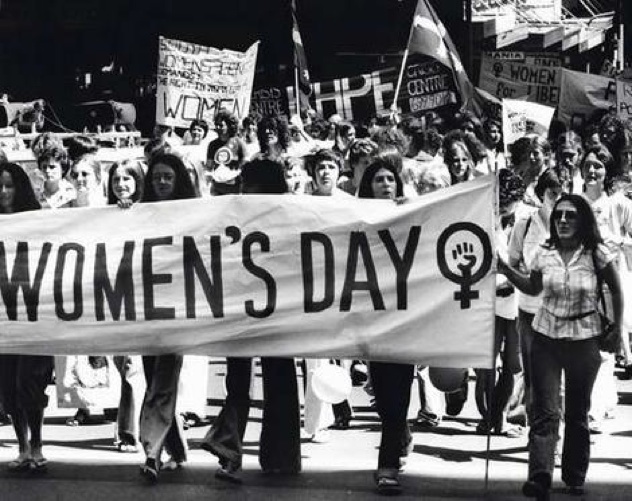 As much as people like to get their hackles up at the thought of atheists and Christians or that chunk that comes out their paycheck each month, nothing compares to the vitriol evoked by feminism. Simply put: a good deal of the population seem to see the term as an invite to either spew violent misogyny or get into an oppression competition. And that’s before we even get onto the various strands of feminism that spend more time attacking each other than the patriarchy.

Now, if we’re being honest, there are some forms of feminism that really do suck. Equally, a lot of serious articles about ‘men’s issues’ often get shouted down under sarcastic calls of ‘lolz what about teh menz?’ But the sheer hatred feminism seems to stir up is way out of proportion to any of this. After all, the basic concept is something we should all be able to get behind. For example: do you think everyone deserves equal pay for equal work, the freedom to make their own life choices and to live without the threat of violence, no matter what type of genitals they have? Then congratulations: you’re a feminist. 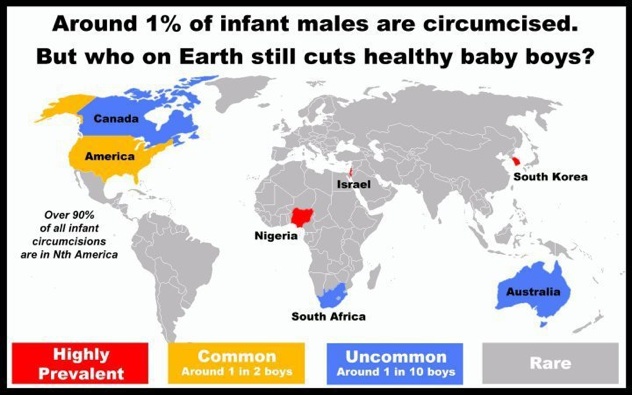 There are two types of circumcision: male and female. Female circumcision is better known by its more-truthful name ‘female genital mutilation’ (fgm) and everyone pretty-much agrees it’s a really bad thing. Male circumcision, on the other hand, is an absolute powder keg.

That last link, by the way, goes to a representative article on the subject—if you have time, follow it and check the comments. That’s how most discussions about circumcision look: a whole mass of people screaming child abuse, threatening to call the police and comparing the practice to witch burning. To clarify: I’m not trying to take sides here. If you have a particular bugbear about this issue, that’s your opinion and I’ll respect that. But for the life of me, I can’t see why this particular issue might drive people into a howling frenzy. Yet venture below the line on any article mentioning it, and that’s exactly what you’ll see. 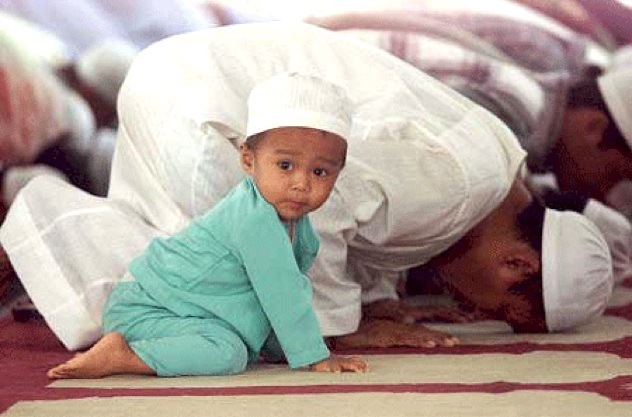 Sticking the word ‘Islam’ in an article is like lobbing a hand grenade into a hornet’s nest. Simply put: a lot of people have some very strong opinions on the subject—and they’re not afraid to let you know it. Unlike some of the entries here, the reason is pretty clear: a decade of news stories linking radical Islam to bomb attacks, assassinations and violent riots have left most of us in no doubt that we need to tackle religious extremism.

But debates on Islam rarely focus on ‘extremism’. For whatever reason, a vocal minority of our online community have gotten used to speaking about it as a monolithic entity: as if there’s no difference between, say, a moderate Indonesian leading a regular life and a Sudanese extremist. What’s weird is how this rarely applies to any other religion. Can you imagine someone seriously being unable to differentiate between Oprah and Fred Phelps because they’re both Christian; or between Jerry Seinfeld and a member of Israel’s Ultra-Orthodox community? Well, apparently that’s how some people view 1.6bn of their fellow human beings. 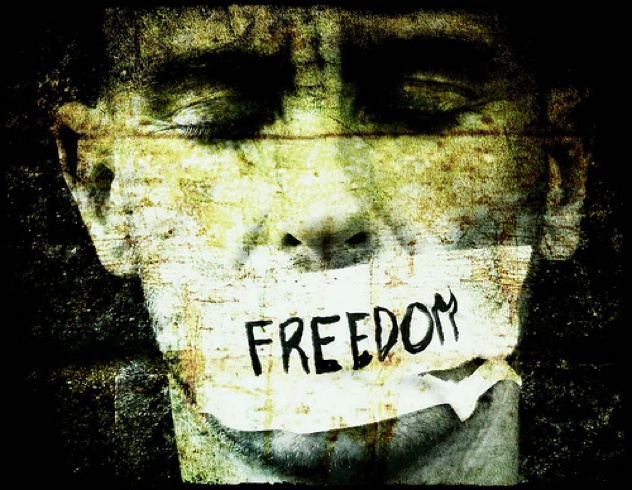 If there’s one thing the internet loves, it’s freedom of speech. We’re kinda libertarians in that respect: there’s little more likely to invoke the wrath of Anonymous than a serious attempt to curtail our right to it. However, it’s often taken as read that this freedom extends to anything and everything; and not everyone agrees.

See, although freedom of speech may be enshrined in American law—to the extent that even scum like Westboro Baptist Church are constitutionally protected—the same logic does not apply elsewhere. In Germany, for example, it’s a criminal offense to display a Nazi flag and you WILL do time for it. In France, denying the holocaust can get you a prison sentence. The online clash usually comes when American ideology crashes up against European—with neither side willing to accept their system isn’t ‘best’. So let’s be honest here: free speech may be an idea worth fighting for, but just because parts of Europe have taken a different route on certain subjects does not make them any less ‘free’. Minor restrictions do not automatically make an Orwellian dystopia—any less than total freedom automatically results in the anarchic Wild West. 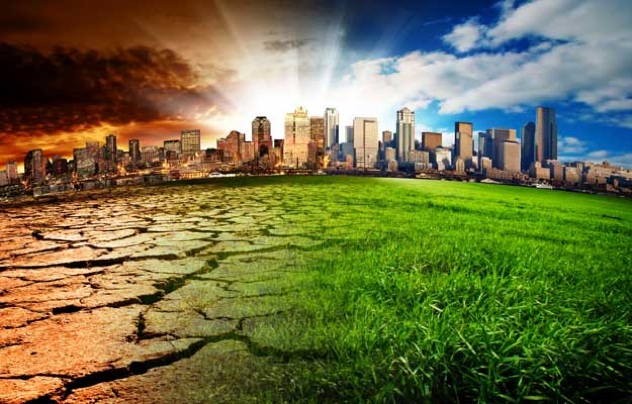 Most scientists wish the public would get excited about their chosen field. Mention awe-inspiring concepts like string theory, Hawking radiation or gravitons to the man on the street and he’ll probably go out of his way to avoid you. For climate scientists, however, it’s a case of ‘be careful what you wish for’.

Thanks to decades of programs, books and blogs written on the subject, just about everyone now considers themselves an expert. And part of that expertise apparently involves shouting down the other side—bizarrely enough, for the exact same reason. Those who don’t believe in it see a vast conspiracy by scientists, liberals and other boogeymen to put us all in FEMA prison camps, while those who do see a vast conspiracy involving the Koch Brothers and big oil to manipulate the ‘sheeple’ into believing otherwise. It’s a perfect storm of paranoia centered around an issue most of us aren’t qualified to understand—and, every time someone brings it up, the sparks are sure to fly. 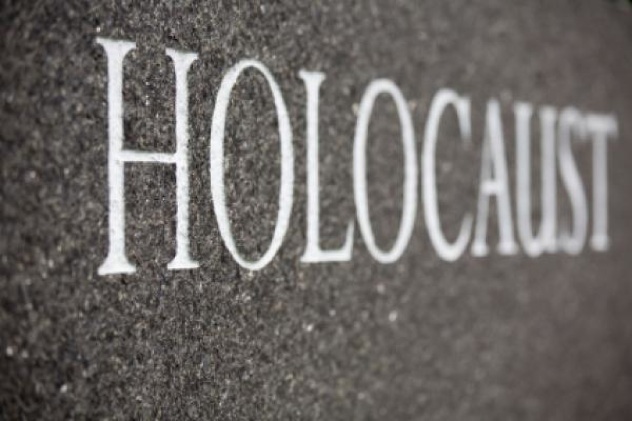 As you may have noticed, I’ve tried to maintain a largely neutral tone on most of these. That won’t happen here. For whatever reason, despite the mountains of evidence and eyewitness testimony proving otherwise; there are still people out there who honestly believe the holocaust was either exaggerated or simply didn’t happen. And their brand of mental sickness is virulent enough to infect the comments section of any article that cares to mention it.

There are a few things in the world that mark you out as a bad person; and denying the holocaust is one of them. It’s not just the extent of human suffering that occurred in moral blackholes like Auschwitz and Treblinka; or the sheer hatred required to send millions of Jews, gays, Poles and disabled people to certain death. It’s all that plus the stubborn refusal to learn from history—to pretend genocide never happened. And trust me, if there’s one mistake we never want to repeat from history, it’s this one. 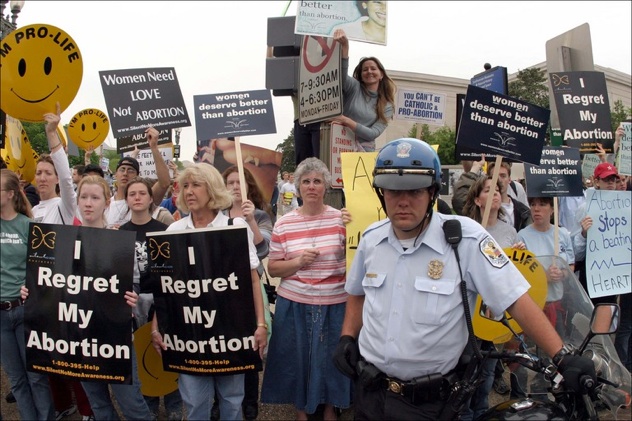 Here it is: the most-divisive issue you will ever encounter. With feelings running so high on both sides, it’s impossible to take any sort of stance on abortion without seeing the entire comment section explode in your face—so I’m remaining one hundred percent neutral on this one.

You’re probably aware of the basic arguments. Pro-lifers believe with the utmost intensity that killing a fetus is as bad as killing a child. Pro-choice supporters believe with an identical passion that criminalizing abortion is State intrusion into women’s bodies, and completely incompatible with a free society. Politicians meanwhile try to search for a middle ground—a point where termination remains acceptable and a point where it unequivocally isn’t. But this is one argument that’s never going away: so long as there’s a human race it will continue to rage—and nowhere is this more apparent than on the internet. Now, I’m not going to make any value judgement on this, and I appreciate that people have strong feelings about it. But wouldn’t it be great if both sides could debate this and other issues—just once—without resorting to hysterical name-calling? I guess we’ll find out in the comments.