There’s an old saying that pizza is like sex. When it’s good, it’s really, really good. And when it’s bad, it’s still pretty good. One of the world’s most popular foods, approximately three billion fresh and one billion frozen pizzas are sold in the US every year, more than 12 pies per person. Below are ten strange tales about pizza, from maggots and bombs to war criminals and gremlins. 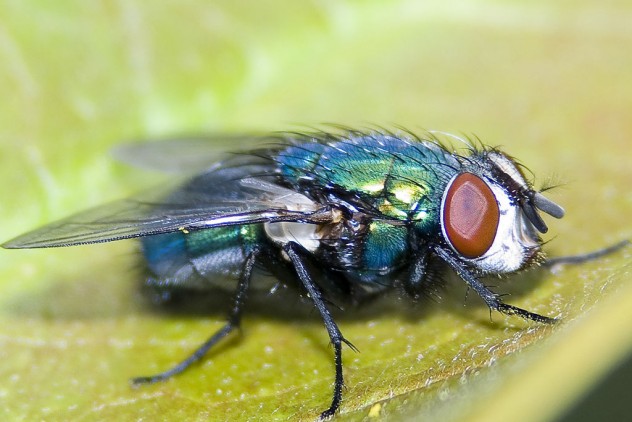 Being one of the most popular food items in the world, you’d think the government would keep a careful eye on the pizza trade. Except that if you ever saw a list of the contamination levels the United States Food and Drug Administration (FDA) found acceptable, you might go on a hunger strike. Tomato paste and pizza sauce can be pretty funky, with an allowance of 30 fly eggs per 100 grams, or 15 or more fly eggs and one or more maggots per 100 grams. When you consider the crust and toppings, you’ll most certainly be tasting mold, mildew, insect fragments, aphids, rodent hair, and what the FDA politely calls “mammalian excreta”. 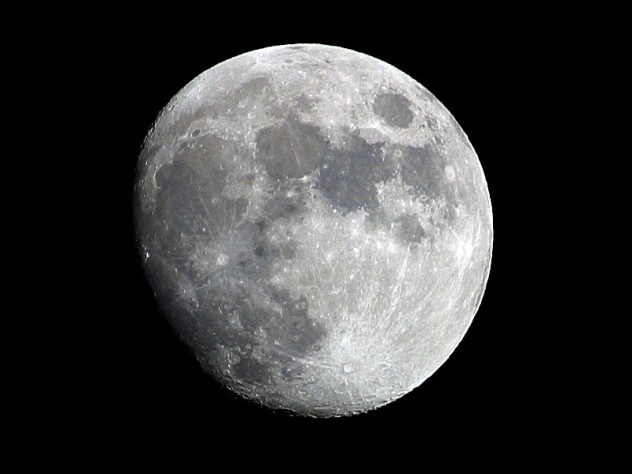 As mentioned in a previous list, Pizza Hut is no stranger to wild marketing stunts. In 1998, they had the idea to burn their logo into the surface of the moon with high-powered lasers. Luckily, common sense prevailed. Upon consulting experts, they learned that the necessary technology was still some years off. Moreover, for earthlings to be able to see the logo with the naked eye, it would have had to be the size of Texas. In the ensuing years, Pizza Hut has made several deals with the cash-strapped Russian space program, including emblazoning their logo on a rocket and delivering a pizza to the International Space Station. 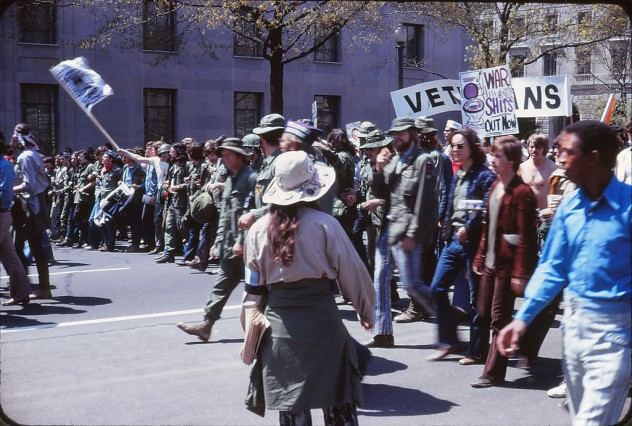 On February 1, 1968, perhaps the most enduring image of the Vietnam conflict was captured when photographer Eddie Adams snapped a shot of South Vietnamese national police commander Nguyen Ngoc Loan executing an unidentified Viet Cong prisoner on the streets of Saigon. The photo (which would later go on to earn Adams the Pulitzer in 1969) is an unflinching study on the horrors of war—the bullet from Loan’s pistol can actually be seen exiting the man’s skull. While the Vietnam War was hardly popular, this incident in particular helped fuel antiwar sentiments. Three months after the incident, Loan was wounded in action (he would eventually lose his right leg). Originally transported to Australia, he was so reviled there that he was moved to the US. Although there was talk of deporting Nguyen back to South Vietnam as a war criminal, he and his family were allowed to stay in the US.

After the war, he opened up a pizzeria in a Virginia suburb of Washington, D.C. He operated the restaurant, called “Les Trois Continents” for some 15 years, until he was identified. Business fell off, and Loan reportedly found threatening graffiti in the bathroom. He was forced out of business in 1991. Loan died of cancer on July 14, 1998, aged 67. 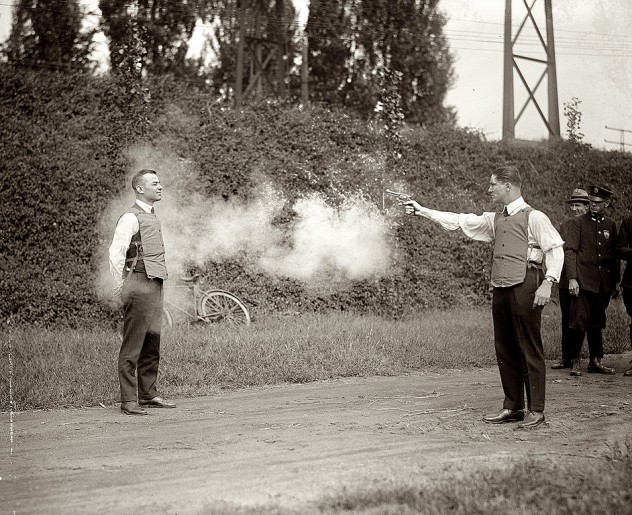 In 1969, former Marine Richard Davis was delivering pizzas in Detroit when he was held up. In the ensuing shootout, he wounded two of his attackers, but he was shot twice. While recovering, Davis came up with the idea for a bulletproof vest. Bullet-resistant vests have been in use at least since the 1500s, but up until about 45 years ago, they were bulky and ineffective, composed of heavy sheets of metal. Davis sought to create a vest that could be concealed beneath clothing. He designed a vest made from nylon and called his body armor Second Chance. Davis so believed in his product that he marketed it by bringing his vests to individual police stations, putting one on, and allowing an officer to shoot him in the chest with a sidearm. By the mid ’70s, the nylon was replaced with Kevlar, a synthetic fiber originally developed for use in tires. It is estimated that bulletproof vests have saved the lives of over 2,000 police officers in the United States alone. 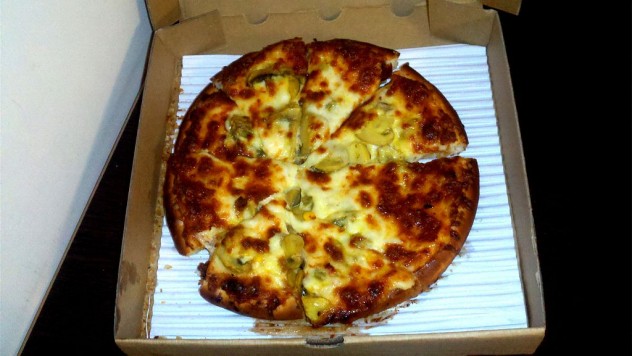 Richard Davis survived his brush with muggers because he was an armed ex-Marine. Other drivers aren’t nearly as fortunate. Although it might seem like an innocuous profession, often performed by teenagers, delivering pizza can be extremely dangerous. Robberies and beatings occur on a weekly basis. Drivers are often lured with fake orders and addresses into places where they can be attacked. In the most extreme cases, drivers have even been raped and murdered. Worse still, the major pizza chains do not allow their drivers to carry concealed weapons. In 2004, when a Pizza Hut driver shot and killed a robber while on the job, he was fired. 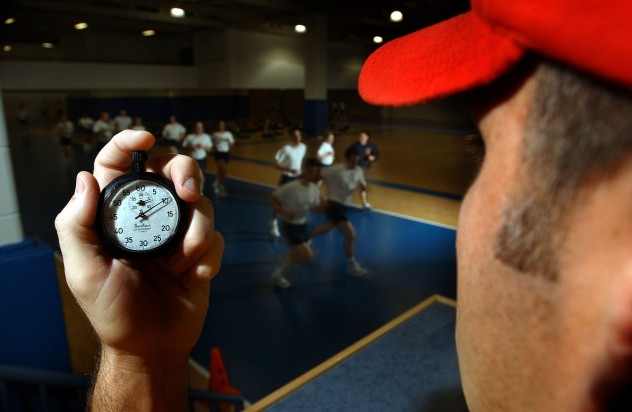 Domino’s Pizza got its start in University of Michigan college town Ann Arbor in 1960. Today, this multi-billion-dollar company is controlled by the controversial Bain Capital (co-founded by ex-US Presidential hopeful Mitt Romney). Domino’s has largely stuck to more orthodox advertising strategies than its competitor Pizza Hut. In fact, the company’s greatest claim to fame was their guarantee to deliver in 30 minutes or less, or the pizza would be free.

Unfortunately, the policy put them in some pretty damning legal crosshairs when their drivers got into accidents. Lawsuits alleged that the drivers were forced to drive recklessly to meet their deadlines. In 1992, Domino’s paid $2.8 million to the family of an Illinois woman whose van was struck by a vehicle delivering pizza. But then in 1993, a court awarded $78,750,000 to a Missouri woman stemming from injuries she’d received in a 1989 crash. They settled out of court for a sum believed to have been approximately $15 million, but the policy was scrapped. 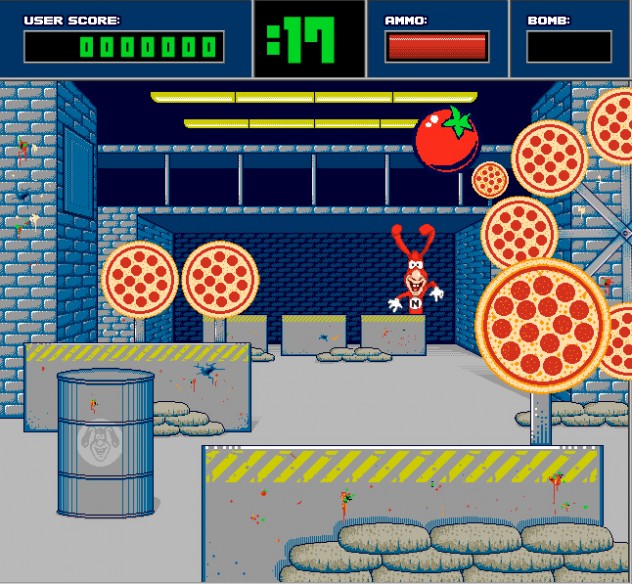 As advertising icons go, Domino’s Noid was particularly unappealing—a monosyllabic gremlin-like character in a red rabbit suit meant to manifest the difficulties in delivering a pizza in the 30-minute deadline. The Noid would do anything in his power to make the driver late, including shooting the pizzas with a gun that turned them ice cold. Much like the Trix rabbit, the Noid was constantly foiled. The gimmick was popular enough to roll it into its own video games for computers and the Nintendo.

The story of the Noid took a truly bizarre turn on January 30, 1989, when a deranged customer named Kenneth Lamar Noid burst into a Domino’s in Atlanta, Georgia, taking a pair of employees hostage. Kenneth Noid actually believed the ads were an attack on him. The siege lasted five hours, with Noid making outlandish demands for $100,000 and a getaway car, among other things. He forced the employees to make him pizza during the ordeal. After they escaped, Noid turned himself over to police. He was charged with a laundry list of felonies, but he was found not guilty by reason of insanity. 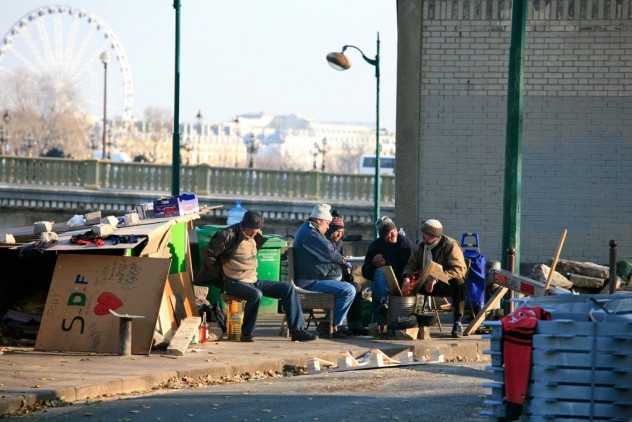 While binging on cocaine, Workman robbed a Wendy’s. An employee triggered a silent alarm, and Workman fled when the police arrived. What happened next remains contested to this day. Workman alleged that he fled, but when the officers caught up with him, he attempted to relinquish his firearm, but it accidentally discharged when they hit him with a flashlight. The police returned fire, wounding Workman.

In the melee, Lieutenant Ronald Oliver was killed. The trial, which many regard as a sham, eventually condemned Workman to death. There was some evidence that Lt. Oliver died from friendly fire, and Workman was briefly granted a stay of execution, but a judge ruled that the evidence did not warrant an entire new trial.

Perhaps as some kind of last-minute act of martyrdom, Workman requested that a vegetarian pizza be delivered to any homeless person living near the prison in lieu of his last meal. His request was denied. When the story went public, there was an outpouring of support for the cause, and hundreds of pizzas were delivered to homeless shelters throughout the country. 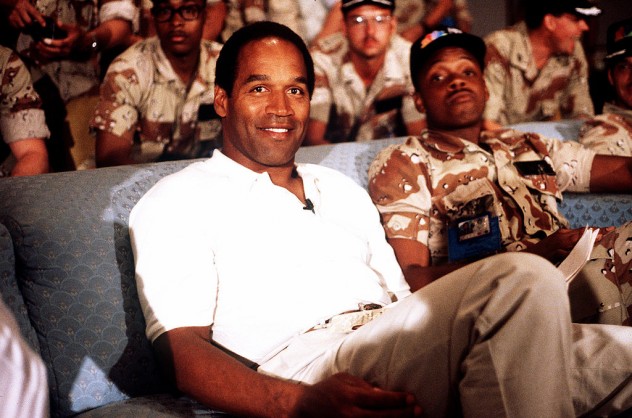 In America, the day of the year when the most pizzas are sold is Superbowl Sunday. But remarkably enough, some other odd events have caused spikes and drops in pizza sales. One such phenomenon was the OJ Simpson saga; on June 17, 1994, the nation was glued to their television sets, watching as the former football hero fled from police with friend Al Cowlings in a low-speed chase. Domino’s reported a huge increase in sales as the white Bronco crept down the highway.

Several months later, the pizza chain would notice another bizarre trend when sales skyrocketed in the moments leading up to the verdict in the case. According to company spokesman Tim McIntyre, things slowed down considerably a little after noon, when the decision was finally read out. McIntyre said “We could barely believe it, but not a single pizza was ordered in the United States for five minutes between 1 o’clock and 1:05.” 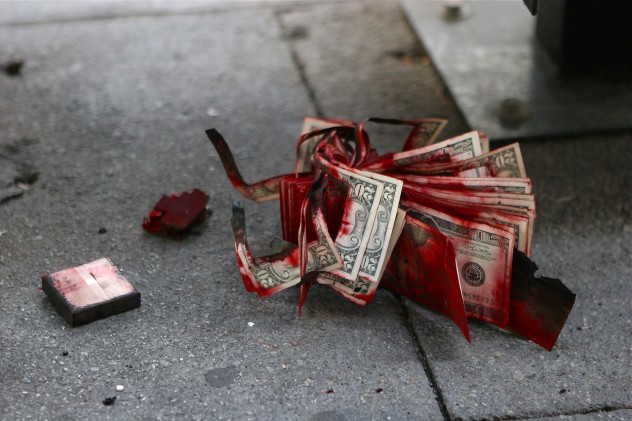 The case of the pizza bomber is one of the most bizarre crimes in American history. On August 28, 2003, pizza delivery man Brian Wells burst into a bank in Erie, Pennsylvania. He was armed with a shotgun and had a bomb attached to his neck. Wells requested $250,000, but he received only $8,702 and was intercepted by the police in the parking lot. From there, he proceeded to tell a weird story—that he was delivering pizza when some men forced him to put on the bomb. Unless he pulled off the robbery for them, it would explode and kill him. While negotiating with the police, and minutes before the bomb squad arrived to disarm the device, it detonated, killing Wells.

The case remained a mystery for years, but was solved in 2007, when several people were indicted for the conspiracy. It is believed that Wells was in on it the entire time, but did not know that a live bomb was going to be used. When he found out the bomb was real, his co-conspirators forced him to strap it on at gunpoint. The money from the robbery was to be used to hire a hitman for prostitute Marjorie Diehl-Armstrong, who wished to kill her father, whom she believed to be wealthy. Diehl-Armstrong was sentenced to life plus 30 years, and another another man involved in the plot, Kenneth Barnes, received 45 years.

The story would go on to be used as the plot point in several television shows, as well as the basis for the largely forgettable comedy 30 Minutes or Less. In his review of the film, critic Roger Ebert said “Moral of the story: If you occupy the demographic that this film is aimed at, Hollywood doesn’t have a very high opinion of you.”