Though it proved very controversial in the Islamic world, Saddam Hussein commissioned a copy of the Quran written in his own blood. But there are plenty more fascinating (if less creepy) pieces of knowledge centering around this book. Muslims make up over 1.5 billion of the planet’s population, so it stands to reason that there’s a lot of Quran-based knowledge out there. 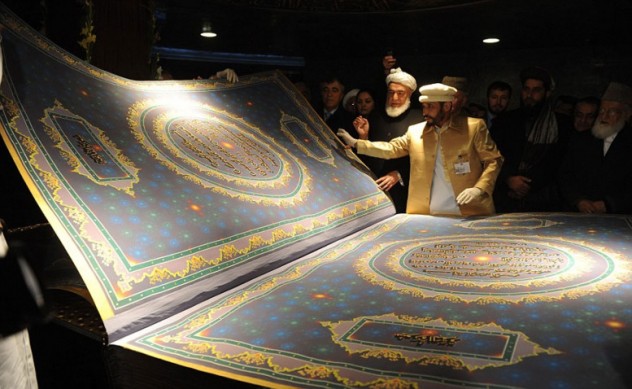 In 2008, Sayeed Najmul Hasan Chishti from India took the world record for creating the largest handwritten Quran. Then in 2009, the record was being eyed by a teenager writing for 12 hours a day to produce a Quran 3,000 meters (about 1,000 ft) long. If she finished, no one noticed because the world record was taken in 2011 by a Quran in Russia. Weighing 1,763 pounds, this massive book was encrusted in gold and silver and a smattering of precious stones.

After all that effort, it probably hurt when the new world’s largest Quran was unveiled in Afghanistan a couple of months later. Clearly, the quest to have the world’s largest is hard-fought, and a lot of people are putting a lot of effort into claiming it (someone should probably tell them about the 18-meter (60 ft) Quran that is part of a building in South Sumatra). There are a lot of large Qurans, is what we’re saying. 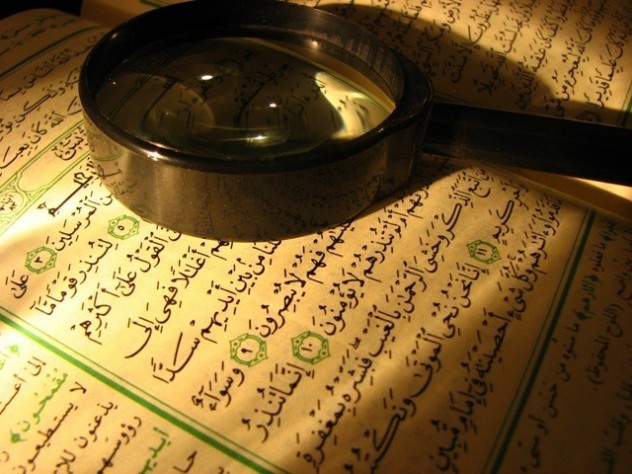 The Quran is believed to be the exact word of Allah, so leaving a paragraph out when copying it is quite frowned upon. It’s also typically best not to alter words here and there. An even bigger no-no is printing 120,000 copies of your bad copy-paste job and distributing them internationally, as happened with state-issued copies of the holy book in Kuwait in 1999.

The minister for justice and Islamic affairs was the unfortunate person in the firing line when this came to light. He was accused of “trying to disfigure the faith of Muslims” and the result was that the entire Kuwaiti parliament was dissolved. Members of the government’s opposition claimed the misprints were created intentionally to provide an excuse for parliament to be broken up and a new election called. 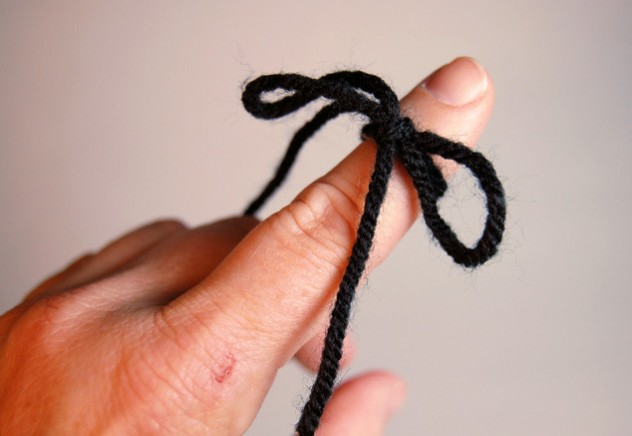 Seventeen million people around the world watched the Dubai National Quran Awards this year, a contest in which children recite the book from memory in pursuit of 250,000 UAE dollars ($70,000). As well as the top prize, there’s also an award for most beautiful voice. Like many competitions between children, there’s a hint that this is about the parents: This year’s beautiful voice said, “My father who has worked hard in training me is really happy and I’m proud that I didn’t let him down.”

Putting pushy parenting aside, memorizing the scripture is a big thing. The term “hafiz” is used to describe those that have learned the Quran in full, and the hafiz are well regarded among their fellow Muslims. 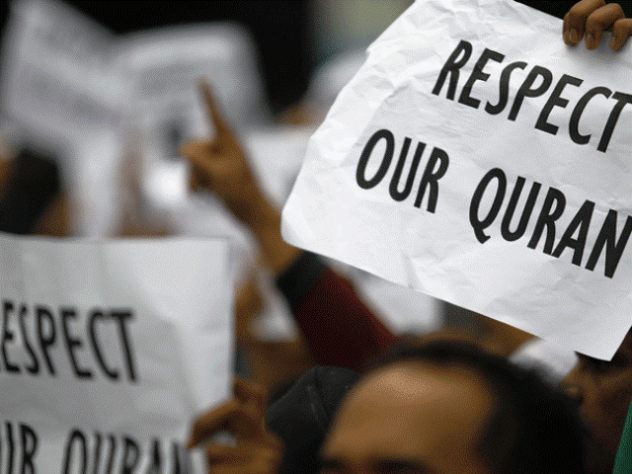 Banning books has enjoyed a long and successful history of being a very bad idea. All holy books, the Quran included, were banned in Soviet Russia from 1926 to 1957. In recent years, the infamous Dutch politician Geert Wilders led an attempt to have the Quran banned in the Netherlands. The motion didn’t come close to passing. Imran Firasat, a former Muslim, lodged a petition in Spain for the Quran to be banned but was met with similar success.

One of the most popular English interpretations of the Quran is “The Meaning of the Holy Quran.” Shortly after 9/11, the Council on American-Islamic relations began donating copies of this version of the book to schools. References in the book to Jews as apes and pigs led the LA school district to ban that edition of the book for a time in 2002.

Ultimately, the banning of books, any books, is an extremist position not many people are likely to take. Atheists are as likely as anyone to encourage the reading of holy books: The faithful and faithless are generally united in each thinking that actually reading sacred scriptures will lead people to agree with their position. 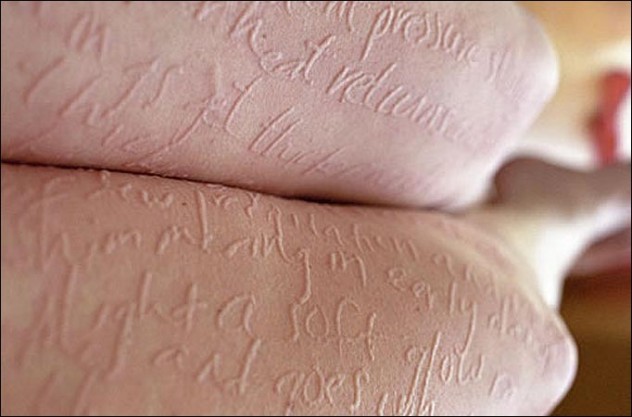 In 2009, Muslims in the Russian Republic of Dagestan flocked to see a nine-month-old boy. Reports claimed that verses on the Quran were appearing spontaneously on the skin of young Ali Yakubov. Thousands visited his home to witness the miracle. Skeptics were keen to point out the fact this may actually be child abuse but with wider implications.

Ali’s father is a policeman in a region heavily impacted by Islamist extremism. The police and security services are a popular target for terrorist groups in the region, and the local mayor was quick to suggest that the writing was a sign from Allah that religion shouldn’t be taken too far. As his mother put it, “Allah is great and he sent me my miracle child to keep our people safe.” Unfortunately, four years on, the Islamist insurgency in Dagestan continues.

5 Swearing On The Quran 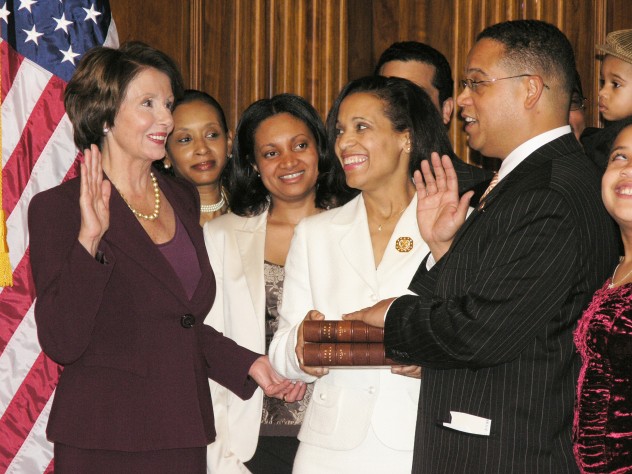 If you want to make it in US politics, but you’re not a Christian, then you’d better be prepared for a rough ride. It’s probably going to be quite a number of years before a president offers his or her morning prayers to anyone but Jesus, yet people of other (and no) faiths are making inroads. In November 2006, Democrat Keith Ellison became the first Muslim to enter congress, an event that normally involves a ceremonial swearing on a Bible. Eagle-eyed readers will have spotted the inevitable conflict in that last sentence.

While the swearing-on-a-holy-book event is basically a photo op and not part of the official ceremony, Ellison’s choice to use a Quran drew inevitable criticism from traditionalists. In Australia, MP Ed Husic faced abuse online after he swore in on a Quran for the first time in the country’s history, in much the way that everyone faces abuse online for everything. He also received a lot of support, and remained pragmatic about the events, saying, “The important thing is that mainstream Australia wants everyone to work together.”

4 Rules For Handling The Quran 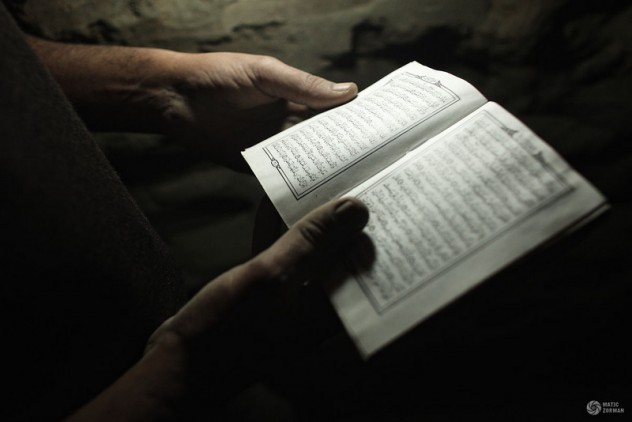 Muslims revere the Quran above all other books (and most other things in general). Many people know the Quran is supposed to be kept on the highest shelf in the house to represent its place above other books, but that’s not nearly everything you need to know to handle a Quran properly. You shouldn’t leave it open when you put it down, never wet your fingers with spit to turn the pages, and don’t read with the Quran on your lap.

There are dozens of requirements, and if remembering them all makes you tired, then be careful—yawning when reciting scripture is also frowned upon. 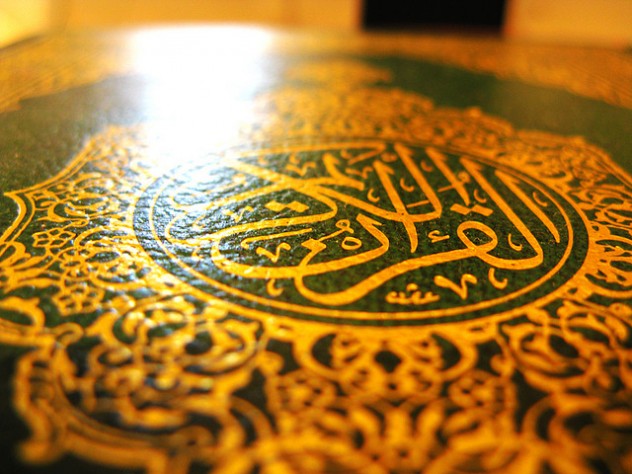 The most expensive Quran sold for over $2.3 million in 2007. While that doesn’t make it the most valuable holy book (one volume of the two-part Gutenburg Bible sold for $5.5 million in 2008), it’s still a substantial amount of money. The Quran in question is dated June 1203 (17 Ramadan 599 on the Islamic calendar) and is the oldest complete and dated copy known.

As with anything, big money attracts crime. Three men were arrested in May 2000 for trying to smuggle a stolen copy of the book out of Turkey. The 11th-century Quran, stolen from Topkapi Palace in Istanbul, would’ve been worth around $50,000 on the UK black market. 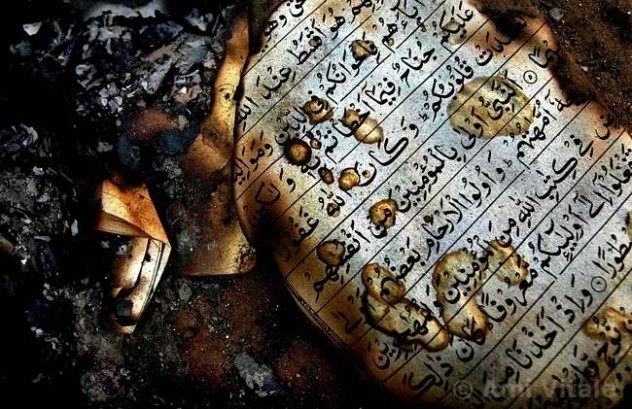 Infamous pastor Terry Jones became known around the world in 2010 for his plans to create “International Burn a Quran Day.” He’s still at it, but his plans to burn 2,998 Qurans on September 11 this year were cut short when he was arrested for illegally transporting kerosene to the burning site, along with a trailer filled with Qurans and a grill. It’s understandable that authorities would be nervous about Qurans being burned—in 2012, American soldiers in Afghanistan mistakenly threw several Qurans, intended for storage, into a waste fire. This sparked days of rioting that left dozens dead.

In Bangladesh, 160 people were arrested last year following riots that destroyed centuries-old Buddhist temples and several homes. The riots were prompted not by a Quran burning, but by a local Buddhist man being tagged in a picture of a Quran burning on Facebook. After being subject to the worst Facebook tagging ever, the man at the center of it all was escorted to safety by police and unharmed by the mob, estimated to consist of 25,000 Muslims. Houses, shops, and Buddhist artifacts were targeted. A local journalist described the post-riot villages as looking “as if they were hit by a major cyclone.” 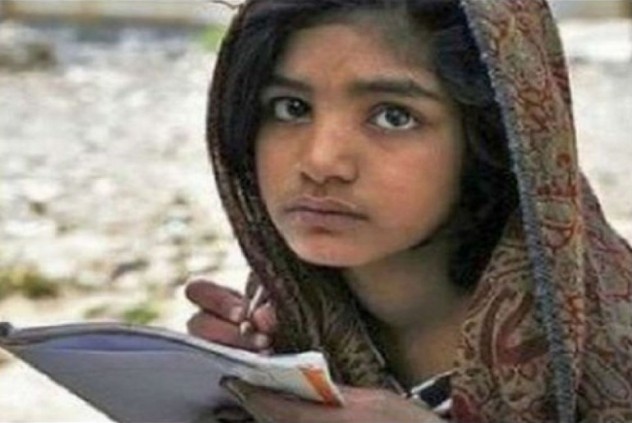 Pakistan is one of several Muslim nations with laws against damaging a Quran. As a nation with a 97 percent Muslim majority, religious minorities are often on the wrong end of these laws. One of the saddest examples in recent times is the story of Rimsha Masih, a 14-year-old, disabled girl from a Christian family. In August 2012, Rimsha was accused of damaging a Quran after she was found in possession of singed pages. Under pressure from a threatening mob, police arrested the girl while 600 Christian families from her village were forced to flee their homes.

A local Muslim cleric, Khalid Jadoon, was later accused of planting the evidence. He had called for the Christians to be burned alive, adding horrible implications to his alleged crime. He was due to be tried at the high court in Islamabad, but the case was dropped following witness statements changing. Jadoon accused the police of placing people under duress to obtain the original statements. Those on the other side have accused Islamic extremists of threatening the witnesses into retracting their stories. Whoever is correct, it remains a tragic case that the authorities handled very badly.