Fukushima’s nuclear plant disaster still produces disturbing news of problems with radiation containment. Pripyat is still a rich source of creepy images as a result of the Chernobyl disaster. Semipalatinsk has hundreds of thousands of people suffering the poisoning of nuclear tests in their region. So the fear of nuclear horror still lingers in the back of many people’s minds even without the threat of mutually assured destruction hanging over us at all times. But there are many more stories of nuclear power being one of humanity’s great self-inflicted terrors that are the shadows of these horrible events, some of which may well become appallingly relevant to us in the uncomfortably near future. 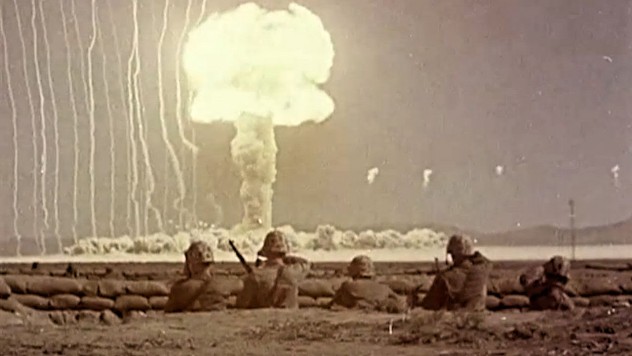 On September 14, 1954, the Soviet Union performed a test that revealed that their combat equipment would operate well in an area that just been the site of nuclear fission. But they were not merely concerned with whether the equipment would function after the electromagnetic interference. They wanted to see how their equipment would perform in near-combat conditions. They sent 45,000 soldiers into ground zero of a recent nuclear detonation in the rural locality Totskoye (about 650 kilometers, or 400 miles, north of the Caspian Sea, close to the border with Kazakhstan). They were lied to about the nature of the experiment—told that the explosion was a non-nuclear simulation of a nuke. As a result of this direct exposure, thousands of them developed cancer and other diseases related to massive radiation poisoning. The exact numbers were unknown, as the information was suppressed by the government. General Zhukov, a hero of World War II in charge of the exercise, rated it a major success. 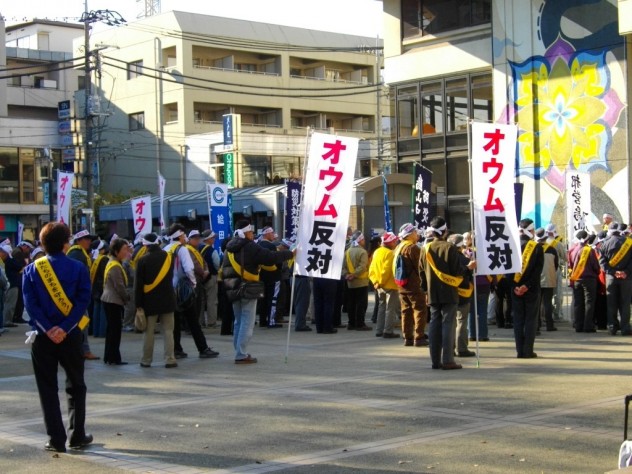 Aum Shinrykio was a Japanese death cult that became famous in 1995 when they released sarin gas in a Tokyo subway and killed nine people. At the time, it was discovered they also had $1 billion and had recruited two ex-Soviet nuclear physicists who were tasked with making a bomb to destroy Tokyo.

Now imagine how horrifying it was when reports started surfacing about a massive explosion with a bright flash on land owned by Aum Shinrykio—land used for mining uranium. The fear subsided when it was determined in 2001 that what became known as the “Banjawaran Event” was only a meteor strike in the Australian outback. Still, the threat of these people proved very real when they released gas into the subway.

8 A Nuclear Reactor Used As A Murder Weapon 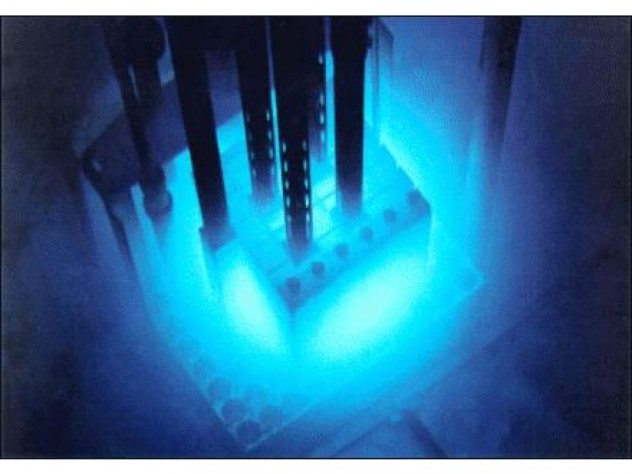 In 1961, a nuclear plant 65 kilometers (40 mi) from Idaho Falls underwent the first reactor core meltdown in American history, and the only American reactor failure that ever directly killed anyone. Jack Bynes and Richard Legg were killed on-site (Legg was pinned to a ceiling by flying metal), and Richard McKinley died shortly after. The event was instrumental in tightening regulations and procedures for nuclear energy production, and the information gained saved many lives since the failure happened in an isolated desert area.

Analysis of the plant revealed some unsettling peculiarities, such as the fact the reactor’s central control rod had been raised close to twice what would be expected to cause a meltdown. There was a theory that the three had been deliberately killed by Jack Bynes due to marital strife he was undergoing at the time. It may have just needed a disgruntled employee to cause a nuclear meltdown.

7 Radioactive Waste In The Former USSR 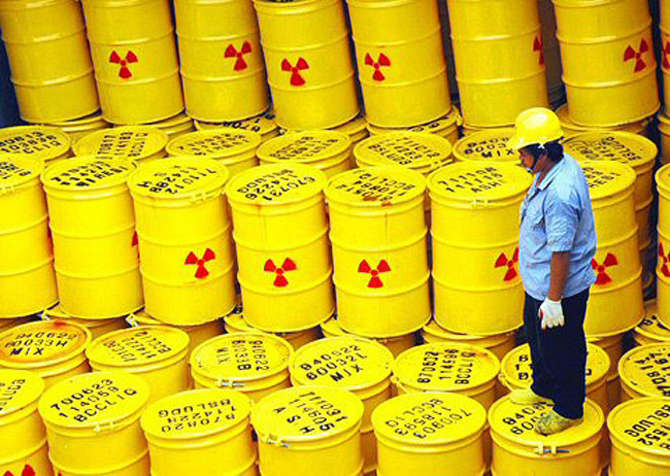 As we’ve seen, the Soviet Union could be staggeringly lax with their treatment of nuclear byproducts and citizen safety. Even in 2000, three lumberjacks in the former Soviet satellite of Georgia were driving down a dirt road when they came across some abandoned barrels of radioactive waste. Because the barrels released heat, they took them and slept with the containers at night. Within days, they were hospitalized, and even the team that was assigned to dispose of the waste afterward suffered from radiation poisoning.

In March 2002, a deposit of contaminated lead from a nuclear battery casing was found in a cottage in Liya, Georgia. It was being converted into bullets. So in essence, we have nations where vast amounts of nuclear waste is scattered about in locations where it can be found by any unsuspecting person who might go just a little bit out of his way. (And that’s nowhere near the worst of it.) 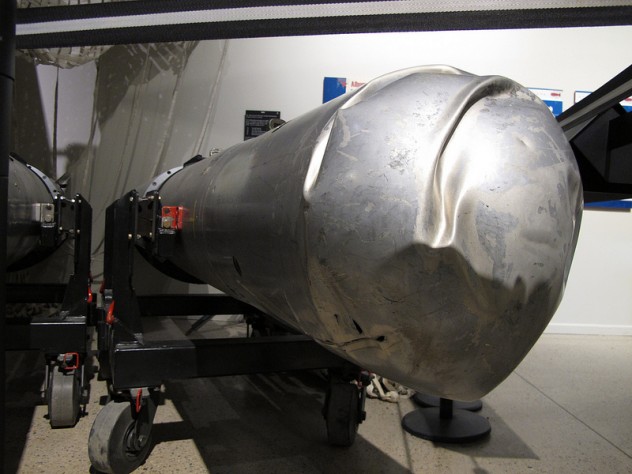 A nuclear weapon being dropped to the ground usually doesn’t start an explosion (there are multiple safeguards in place), but it still releases dangerous material. By far, the most severe instance of this occurred in Spain in 1966. A B-52G bomber carrying four nuclear weapons dropped them in the Palomares region on the southern Mediterranean Coast after a midair collision from a routine refueling. In all, seven American crewmen were killed.

Two of the bombs hit the ground and ruptured, leaving a large area dangerously contaminated. One stayed intact, and the final one landed in the Mediterranean. The international incident led to the banning of all American nuclear cargo over Spanish airspace. Spain got an agreement from America to clean up the tainted soil: The American armed forces agreed to a joint effort on the deal until 2010 (at which time the deal expired, and much of the job remained to be done). Local Spanish citizens weren’t treated well either. After much of the radiation was carried by wind into residential areas and farmland, they had to start a massive protest in 1967 to get any compensation. 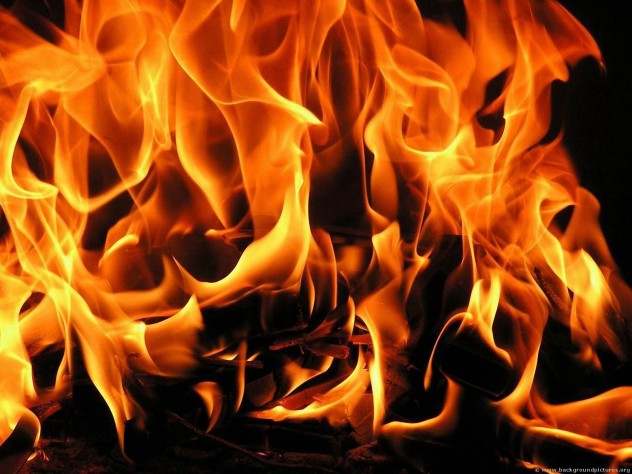 The worst nuclear disaster in British history occurred in October 1957, when two obsolete reactors with a design that would later be called “dodgy” caught fire. The reactor initially failed to warm up at the expected speed, so a second heat source was applied and proved untenable. The fire was a nightmare to contain because it was on top of 11 tons of uranium and heated to 1,300 °Celsius (about 2,400 °F). At that temperature, it was feared that water wouldn’t just evaporate, but would split and cause an explosion.

It required a combination of smothering with CO2, fans, and then water to put out. The amount of radiation released was estimated to be so severe that it gave cancer to 200 British citizens, which proved fatal for half of them. The radiation spread to Belgium, Norway, and even parts of Eastern Europe. The facility was sealed off, and plans to eventually attempt to dismantle it are still under discussion. 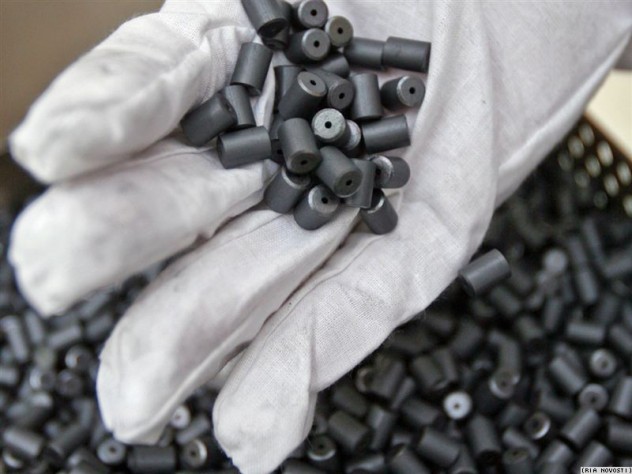 Aum Shinrykio’s attempt to create a nuclear weapon was hardly the last effort by a terrorist organization to do so, and it seems likely some organization’s plans to do so may come to fruition soon. For example, as recently as 2010, an undercover police effort revealed an effort to smuggle 1.38 kilos of uranium-238 out of Russia. Rather unsettlingly, a police spokesperson said that such exchanges in the Soviet Union took place “regularly but have tailed off in the past decade.” That would indicate that it is within the power of any terrorist organization that can accumulate over 7 million euros (the price of the confiscated uranium) to make dirty bombs of their own. Of course, they’d have to smuggle it out afterward.

3 An Explosion Caused By A Wrench 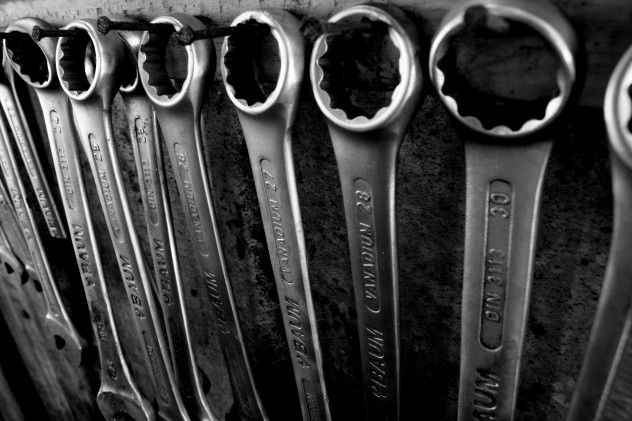 On September 18, 1980, a worker at a nuclear silo for a Titan II missile dropped a socket wrench that punctured the missile’s casing and ignited the rocket fuel. Although it didn’t result in a massive radiation leak, it was very nearly positioned to do so, and the resulting blast injured 22 personnel (one of whom ultimately died). The threat was severe enough to evacuate everyone within a 16-kilometer (10 mi) radius of the site. As a result of this near miss, the base, which would cost than $20 million to clean up, was simply sealed up.

The January 24, 1961 loss of two nuclear weapons reportedly came the closest of any to actually initiating a blast. In the wake of a loss of fuel pressure, a B-52 crashed into some farmland near Goldsboro, North Carolina with three crew members perishing. One of the hydrogen bombs it was carrying broke apart and portions were presumed to have sunk into swampland. The other parachuted out of the plane and landed mostly intact. This easily could have been disastrous. The release of the parachute was one of the steps necessary for the bomb to detonate, and one of the six it ultimately went through. 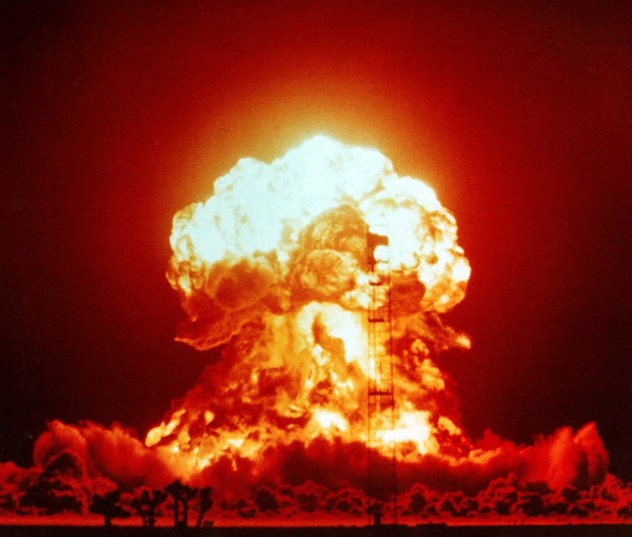 There may not be any known detonations of a dirty bomb, but that doesn’t mean the threat level is exaggerated. Take Argun, Chechnya in 1998, for example. This was the site where a terrorist organization connected a uranium mine to a rail line. It didn’t explode, but a deposit of material worth millions of dollars on the black market was collected and positioned to kill a large number of civilians. This was suspected to be the same group that had placed cesium-137 in Moscow’s Izmailovsky Park. There are many of those out there with the will and means to create and detonate dirty bombs, and their arsenal will remain radioactive for a long time.

Dustin Koski is also the author of Six Dances to End the World.