On April 12, 1961, Soviet cosmonaut Yuri Gagarin became the first human in space. But he was far from the first living creature to journey outside Earth’s atmosphere. In the past century, humanity has celebrated a grand tradition of strapping rockets onto animals and firing them at the stars. Some of them were meant to be recovered, but others were never intended to see Earth again. 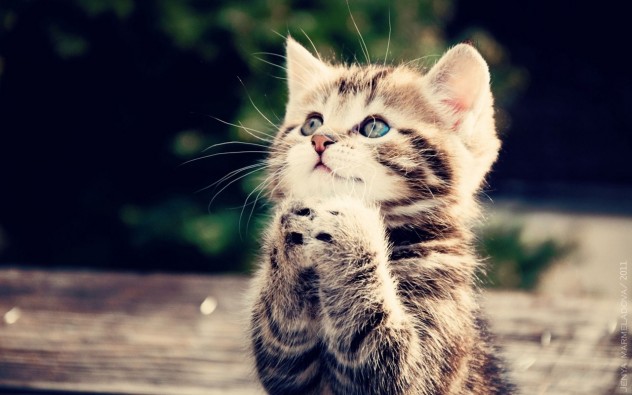 Housecats were a bit late to the space party compared to some other animals; the French first sent a cat into space on October 18, 1963. Whether it was a stray named Felix or his female equivalent Felicette remains a matter of contention. Felix’s (or Felicette’s) journey went well, but a subsequent flight a week later spelled doom for the poor kitty. Fifty years later, the government of Iran, which has begun to expand its horizons into space, has claimed they want to launch a Persian cat into space in the first few months of 2014. 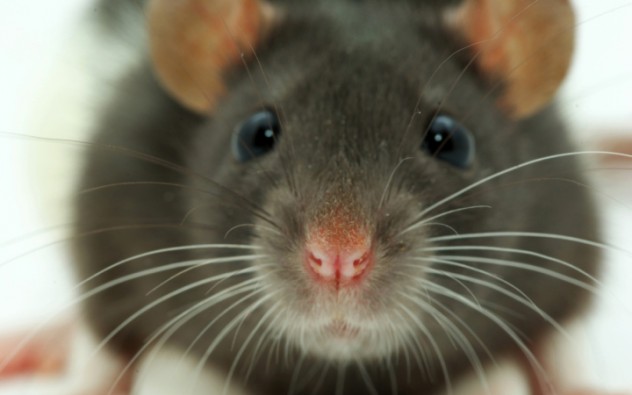 Rodents have a long history in space: Mice, rats, hamsters, and guinea pigs have all been sent up over the years. Several experiments have been undertaken with rodents in space. In 2001, biomedical engineer Ted Bateman, working in conjunction with NASA and biotech company Amgen, used mice to test a protein called osteoprotegerin. They believed the protein might be useful in halting bone loss associated with aging, and since space accelerates the aging process, it was the perfect environment to conduct the study. Sure enough, the protein worked, and subsequent experiments may go a long way toward preventing bone diseases like osteoporosis in the future.

Another experiment, which featured rats, was conducted by Jeffrey Alberts, a professor of psychology at Indiana University. By subjecting pregnant rats to zero-gravity conditions and studying their offspring, he was able to observe the behavior of animals that had never experienced the limitations of gravity, which displayed a vastly more complex range of movement. 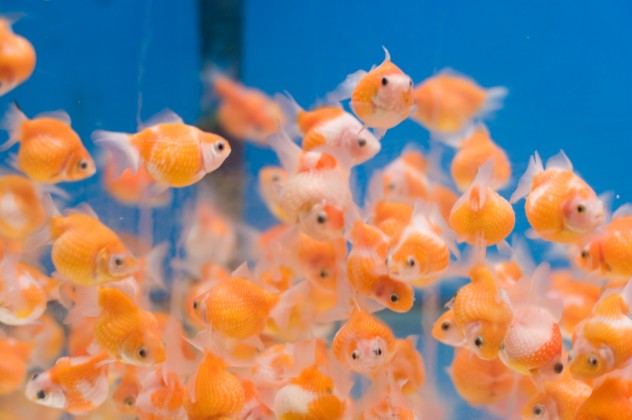 In 2012, the Japanese HTV-3 supply ship docked with the International Space Station. They had an aquarium filled with fish called “medaka” onboard. They conducted various experiments on the fish, which were ideal for this purpose due to their quick breeding habits and transparent skin. This allowed the researchers to observe their organs with ease. Like other animals, they were checked for bone degradation and muscle atrophy. Although they are in water, the fish are also subjected to microgravity and behaved oddly in it, swimming in loops instead of straight lines. 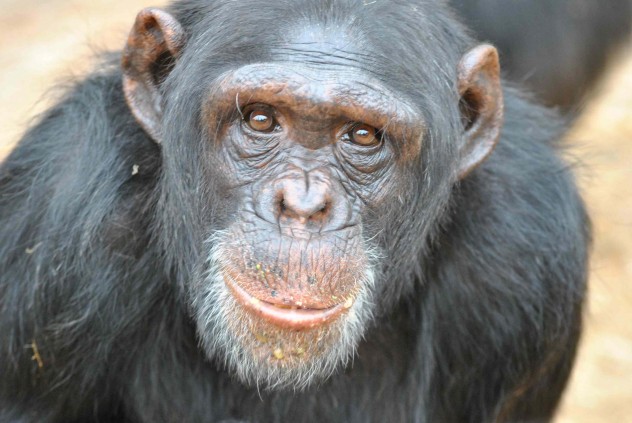 As the closest living relative of humans, the contribution of chimpanzees to the space program has proved invaluable. The first chimp in space was Ham, a wild ape caught in Cameroon in 1959. He was trained in brutal fashion at Holloman Air Force Base through a system of positive and negative reinforcement. If Ham did what his trainers wanted, he was given a banana pellet. If he defied commands, he received mild electric shock.

Ham’s test flight was dubbed Mercury-Redstone 2 and took off from Cape Canaveral, Florida on January 31, 1961. There were several malfunctions during the flight, but Ham performed well, and his space suit protected him. He would go on to live at Washington, D.C.’s National Zoo and the North Carolina Zoo. He died at the age of 26.

Ham was succeded by Enos, a better-trained animal who went on to orbit the planet twice. He returned to earth alive, delighted to see his human friends. Unfortunately, his story had a sad ending. Enos died of dysentery (almost assuredly unrelated to his space adventure) about 11 months later. 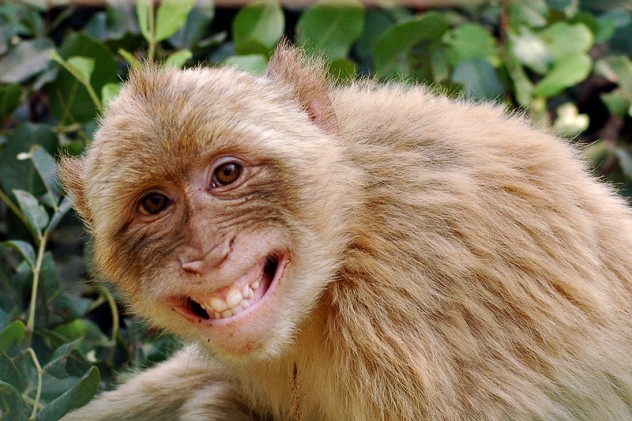 Several species of monkey have been sent into space, including squirrel monkeys, macaques, and rhesus monkeys. Well-known for their contributions to medical research, the rhesus is highly intelligent and received the honor of being the first primate ever cloned.

Albert II, a rhesus, was the first monkey in space after his predecessor (Albert) suffered a grim fate when he suffocated during a flight. The subsequent line of Alberts—III, IV, V, and VI—also died (Albert IV died a couple of hours after his return to Earth). Several other nations, including Argentina, France, and Russia, have also used monkeys for spaceflights. Unfortunately, many of them did not survive.

Amphibians, such as frogs, toads, and newts, have been used by scientists for a long time to gauge the health of an environment. Occupying both water and land, amphibians are almost always the first to succumb to even the most subtle developments, including climate change, pollution, and the introduction of disease.

Dozens of frogs have been sent to space, and at least one poor frog was caught in the (likely deadly) crossfire of a flight he didn’t even get to go on. Pictures of NASA’s Minotaur V rocket blasting off in Virginia made headlines, an airborne frog in the foreground. Iberian ribbed newts have also made several space flights, beginning with the USSR’s Bion 7 in 1985. Scientists were interested in how the environment of space might affect the newt’s ability to regenerate. 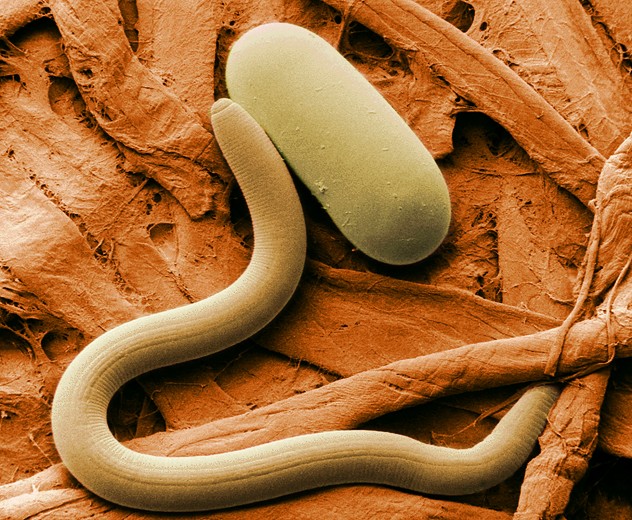 Nematodes, or roundworms, are mostly parasitical (they’re responsible for the trichinosis disease and infest our pet dogs as heartworms) and attract little sympathy—even from otherwise-dedicated animal lovers. These little buggers have also made several trips into space, and they accompanied the Apollo 16 mission to the moon.

In 2003, the space shuttle Columbia disintegrated when it re-entered Earth’s atmosphere. The seven astronauts aboard were killed, but all was not lost. A locker containing a nematode experiment was recovered from the wreckage, and despite insurmountable odds, the worms were still alive. These nematodes revealed that their species suffered some of the same effects as humans when traveling in space, including muscle deterioration and diabetic symptoms. 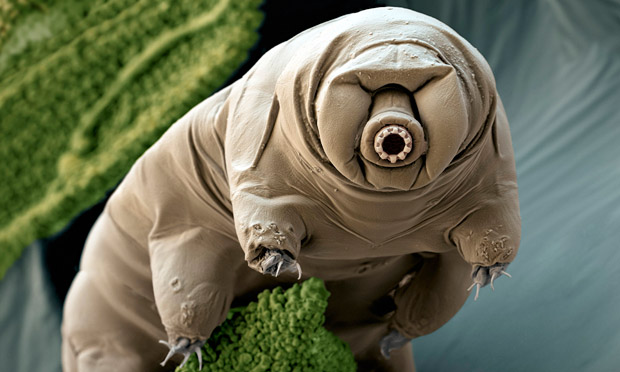 It’s almost impossible to comprehend how hostile an environment space can be: a near vacuum devoid of oxygen, alternately blistering hot and glacially cold, and with enough radiation to melt your bones. Without the benefit of a space suit, a human could endure no more than a few seconds before losing consciousness. But passing out would be merciful, since you wouldn’t be awake to feel yourself freeze to death or your lungs rupture from the pressure of that last lungful of air you took.

Water bears are some of the toughest creatures on the planet, capable of surviving conditions that would destroy almost any other living thing. Resembling microscopic, bloated caterpillars, water bears seem nearly invulnerable. When confronted with harsh circumstances, the water bear enters a stasis where its biological functions almost entirely shuts down, allowing it to live for years without eating or drinking—in temperatures both broiling and verging on absolute zero. In 2007, about 3,000 of these creatures were taken on the European Space Agency’s Foton-M3 mission, and were shown to be able to withstand the vacuum of space. 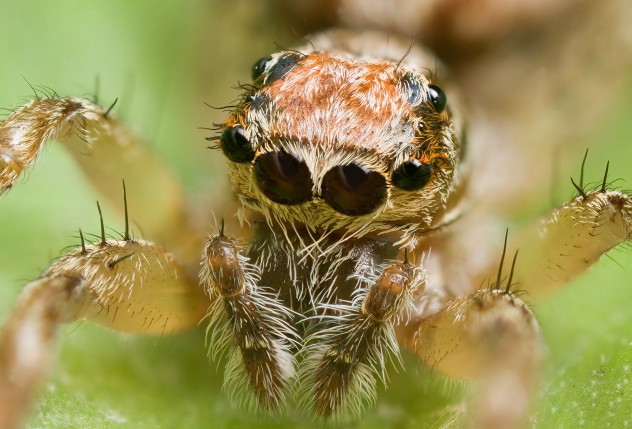 Although they’re easily among the most hated and feared creatures on Earth, spiders have been the subject of several space projects. In 2011, two golden orb spiders, named Gladys and Esmerelda, were housed on the International Space Station where they spun webs and hunted in microgravity. The golden orb was used because it has a habit of dismantling its web every night and building a new one (this would allow the scientist to study more web constructions, if nothing else).

A jumping spider named Nefertiti also lived on the ISS during 2011. She didn’t spin a web, instead choosing to pounce on her prey. Zero gravity seemed to have little effect on her hunting technique. Nefertiti was retired to the Smithsonian National Museum of Natural History’s insect zoo upon returning to Earth. 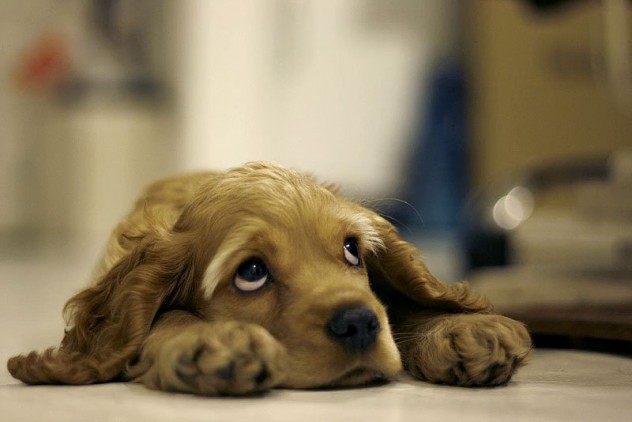 The USSR was well-known for sending a series of dogs into space. The natural assumption would be that the Soviets used purebred, laboratory-raised specimens, but the dogs were actually stray mutts, chosen because the scientists believed that they would have tougher constitutions than lab animals or house pets. Canines were selected because of the ease in training them and their comfort with confined spaces. All of the dogs used were female, as it was easier to design a space suit to collect waste from females.

The most famous space dog was Laika, a stray found on the streets of Moscow. Laika was the first animal ever sent into orbit, a suicide mission aboard Sputnik 2. While most of the animals sent into space were intended to be later retrieved, Laika was never meant to survive. After a set period of days, they would feed her a meal of poisoned food to avoid the agonizing fate of starving to death. However, the craft took on excessive heat, and Laika’s vital signs ceased between five and seven hours after the launch.

In 1960, two dogs named Belka and Strelka became the first animals to survive a trip into orbit. The next year, Strelka had puppies. As a gesture of goodwill, Soviet premier Nikita Khruschev gave one of the puppies, named Pushinka, to John F. Kennedy’s daughter Caroline as a gift. Pushinka would go on to have a litter of her own with Kennedy’s Welsh terrier, Charlie, and JFK would jokingly call their offspring “pupniks.”