For some people, research means nothing more than completing a short experiment in order to learn something simple. Other people attempt groundbreaking research just for the sake of bringing up a new idea. And then there are the type of people who get way more involved with a project than a normal, or even sane, person would. 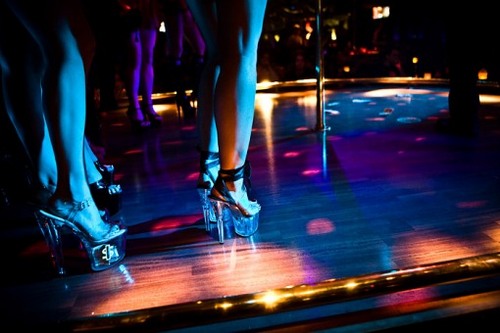 Katherine Frank, who received her Doctorate in Anthropology from Duke University in 1999, specializes in sex-based research. Many researchers prefer the comforts of a lab when conducting studies, but Dr. Frank took things to a new level and went out into the field to conduct some of hers. There’s a common lie told at strip clubs that some of the dancers are “just trying to pay tuition.” For Frank, it was only partially a lie. For her 2002 book G-Strings & Sympathy, Frank drew from her experiences posing as an exotic dancer at five different strip clubs and her interactions with around 30 regulars.

Frank’s goal was to study the complexities behind why men visit strip clubs in the first place, despite knowing that they’re not going to leave with the stripper. Her conclusions were largely that there’s a lot of gray area. Her research showed that while next to nobody would say that his wife, girlfriend, or significant other would approve of their presence at a strip club, the men felt a sense of satisfaction that they could not achieve from their marriages, despite the rules and regulations imposed by strip clubs that prevented them from reaching a sexual climax. Interviews outside of the club revealed varying viewpoints, though each had a similar core belief in monogamy at its base. Dr. Frank seems to conclude that, rather than focus on how strippers can be destructive to our culture of monogamy, we should be spending more time researching how commodified pleasures can actually enhance overall marital satisfaction. 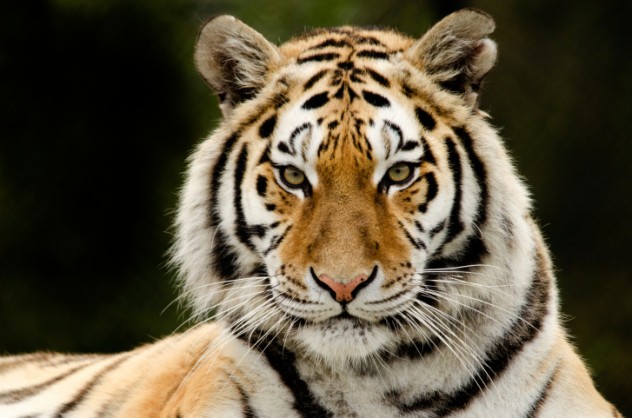 Sooyong Park grew up in Korea fascinated by tigers. As there aren’t a ton of Siberian tigers left in the wild, it’s been exceedingly difficult to get any footage of them in their natural habitat, and Park made it his goal to get as close to them as possible. Spending nearly five years with close to zero human contact, Park effectively made himself part of the landscape in order to get the best possible footage.

Digging himself a small pit, he made enormous personal sacrifices to stay down there in the freezing Siberian temperatures. Eating just a small packet of precooked rice twice a day (with some preserved almonds every so often as a treat), Park did a lot to minimize his environmental impact. The low quantities of food meant he didn’t need to produce much “waste,” but when he did need to go, he double-sealed it into bags so that his scent never got into a tiger’s nose. The result of his dedication was the honor of being the first man to obtain footage of three generations of Siberian tigers in the wild.

8Wearing The Same Jeans For Months 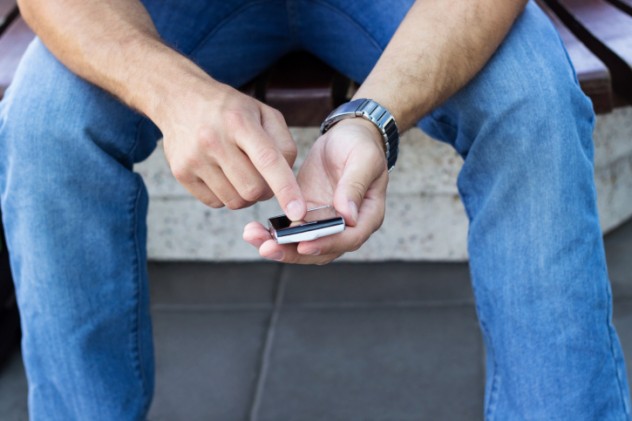 While a student at the University of Alberta, Josh Le decided to make college students everywhere look bad and not wash his jeans for 15 straight months. Working alongside Professor Rachel McQueen, Josh wore the same pair of jeans every single day, and sometimes overnight as well. In order to maintain a good general appearance, he’d wipe food off with napkins and brush dirt away as best he could. If the jeans got too smelly, he found that putting them in the freezer every couple of weeks would eliminate odors.

After the 15-month trial ended, the jeans were examined for bacterial levels, washed, and then worn every day for another two weeks. At the end of those two weeks, the bacterial levels were measured again, and discovered to be similar to those found at the end of the 15 months. According to Le and McQueen, a normal person with good hygiene shouldn’t be worried about wearing jeans for multiple days impacting their health. 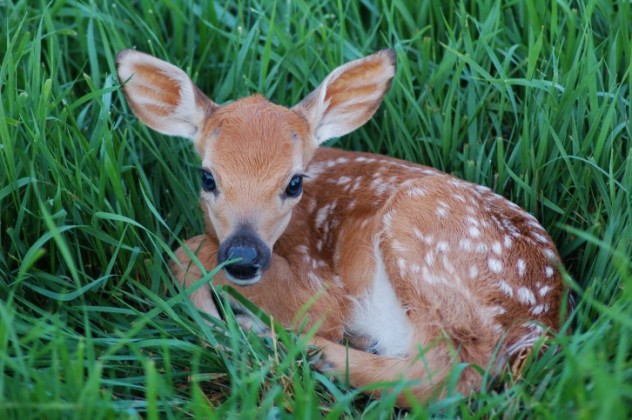 Dr. Allen Rutberg is a biologist who spent the majority of the ’90s focused on a study of birth control. This wasn’t just any birth control, it was a chemical designed to work remotely on female deer. The first part of the study was spent testing whether it was possible to get the chemical (abbreviated PZP) into a significant population of female deer, and Dr. Rutberg and his team spent nearly five years working on the delivery of PZP to a population. Then, for about another three years, they tracked the does to see how many of them were producing fawns. Sure enough, the number of baby deer was down in the group that got the PZP. Now, Rutberg might have the opportunity to implement the experiment in a real-world setting, as a suburb of New York City is experiencing an extreme deer overpopulation problem. Because hunting in suburban neighborhoods isn’t smiled upon, Dr. Rutberg’s contraception is being looked at as a good substitute. 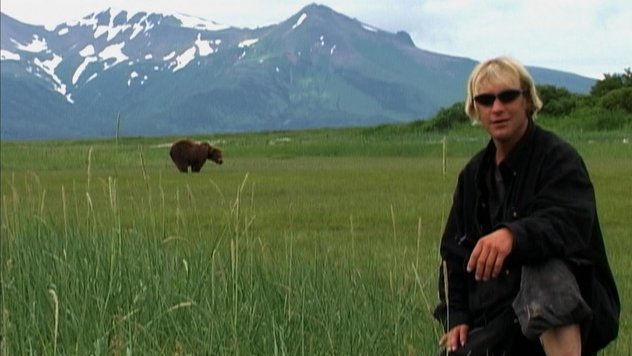 Timothy Treadwell was a nature documentary filmmaker who focused the majority of his adult life on working with Alaskan grizzlies. After college and failing to find work as an actor, Treadwell fell into drug abuse and was in pretty bad shape. But after a visit to Alaska, Treadwell became inspired by a couple of near-death experiences with bears and decided to devote his life to filming them in the wild. Every summer for 13 years, Treadwell would go out and live among the bears, getting exceptionally close to many of them. However, one summer he must have gotten a little too close: He was mauled to death along with his girlfriend. Later examination of footage revealed that Treadwell had likely filmed the bear that killed him weeks before. Though his hours upon hours of bear footage were never released formally, Treadwell did manage to write a book, and some of his original footage was used in Werner Herzog’s documentary about his life. 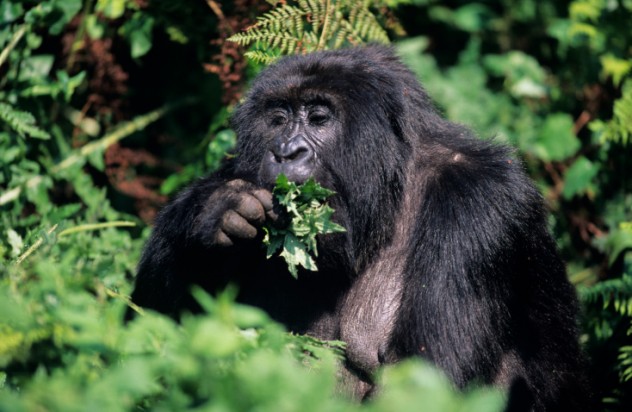 Dian Fossey is widely known as a contemporary of Jane Goodall, and she was no less dedicated. After spending the earlier parts of her career in occupational therapy, Fossey went out and began studying gorillas in the wild. What started as a three-year program escalated into a 20-year labor of love. Fighting, sometimes literally, for the conservation of gorillas and their habitats, Fossey became an important figure both locally and on a global scale. At 182 centimeters (6 ft) tall, she was a physically imposing woman, and was known to forcibly interrogate poachers, going so far as to pierce their genitals with sharp plants. Sadly, in 1985 Fossey was found murdered in her hut. The case has attracted a great deal of speculation, but nobody is totally sure what happened. 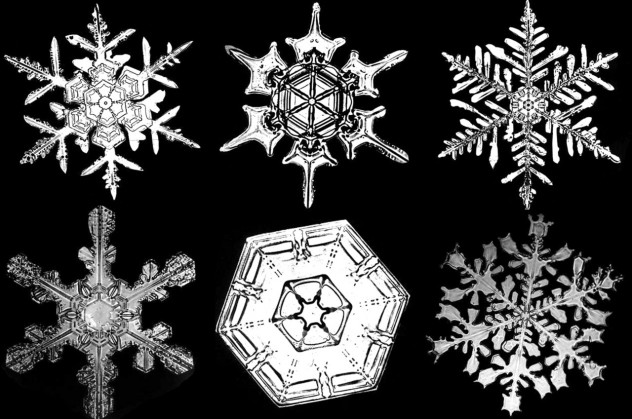 Wilson Bentley’s nickname was “Snowflake,” and that was not without reason. Beginning when he was a teenager, Bentley became fascinated with snowflakes. He wanted to be able to capture the uniqueness of each one, but this was a difficult task, as the snowflakes would often melt before they were photographed. Bentley went on to pioneer a photography technique that involved attaching a bellows camera to a microscope so that the snowflakes could be captured before they melted. Throughout the course of his life, Bentley would capture around 5,000 unique prints. He died in 1931 after catching pneumonia in a blizzard. 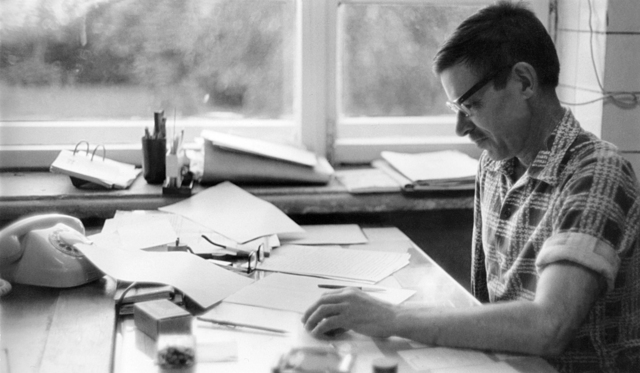 Yuri Struchkov was a crystallography expert based in Moscow, who produced much of his work in the latter half of the 20th century. Many people who go through higher education will get a paper published at some point. It’s always the result of hard work and research, and they’re usually a big deal. This is what makes Yuri Struchkov an exceptional researcher. Between 1981 and 1990, Struchkov is listed as an author or co-author on 948 different papers. We’ll help you out with the math—that’s an average of one paper every three to four days. It was estimated in his 1995 obituary that he produced over 2,000 academic papers over the course of his lifetime. After his death, it was theorized that a large part of why he pushed himself so hard to publish was to prove to the Soviet Union that he was in fact too busy to get involved with the Party. 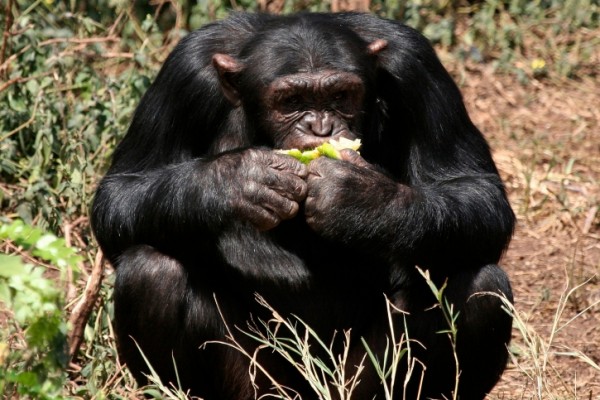 Ilya Ivanov was a pioneer in the field of artificial insemination, and took his research to a whole new level. Beginning his career with horses, Ivanov was among the first to successfully artificially inseminate a horse. Later on, he extended his work to other farm animals, and then continued to work on developing animals that could work well in the frigid Russian winter environments. His obsession with hybrid animals then took a bizarre turn. After successfully hybridizing a wild horse and a zebra, he spent the latter half of his professional life focusing on human-chimp hybrids, even going so far as to get a volunteer human female (who remained unnamed) who would have served as a surrogate for a baby “human-zee.” Unsurprisingly, Stalin didn’t like this very much, and Ivanov was purged. 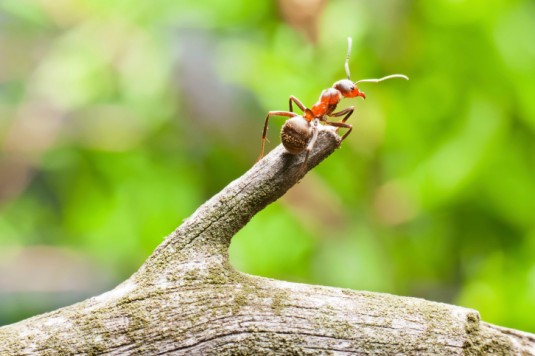 Ed O. Wilson is known as the “Ant Man” in some scientific circles, because he has dedicated such a large portion of his life to some of the world’s smallest creatures. Throughout the course of his career, Wilson has been responsible for an insane amount of the world’s knowledge of ants. Working by himself, he was the first to observe over 300 of the 600 known species of one particular genus of ants. In publishing a book of his observations, he drew over 5,000 unique and original pictures documenting the differences in the ants.

Wilson was also a prolific author, who thoroughly researched the social aspect of the life of an ant. Astonishingly, his writings led to accusations of racism and misogyny, even provoking someone to attempt attacking him at a symposium. His mental stability would also come into question when he ordered an entire mangrove island to be tented, gassed, and cleared so that he could observe how an ecosystem would start from scratch. Today, Wilson is a professor emeritus at Harvard and an honorary curator in entomology.

Isaac is a Workshop Moderator over at Cracked.com, and you can find his other work here or send him an email.