Romania may not be as well-known as other European countries, but that doesn’t mean it’s an insignificant part of the world. The country is culturally rich and holds historical significance that most people are unaware of. 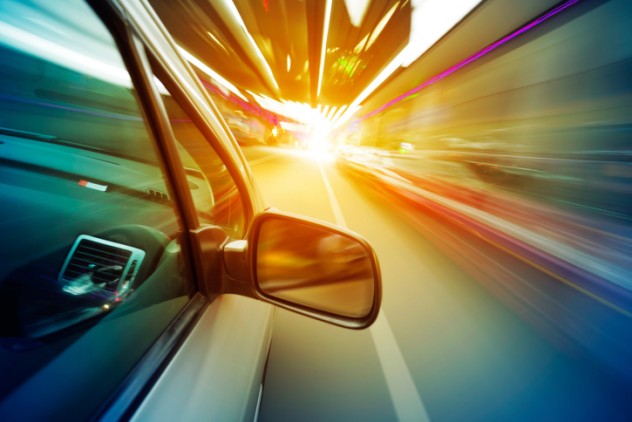 A 19-year-old Romanian student named Ionut Budisteanu has just designed an AI system to drive your car while you sit there, chill, and maybe toss back a few Bud Lights in traffic (please do not toss back Bud Lights in traffic). He won first place at Intel’s International Science and Engineering Fair for his efforts. His system would only cost around $4,000, and rivals the self-driving car that tech juggernaut Google is developing—with their billions of dollars and nearly infinite resources. Budisteanu’s version uses webcams, and his invention managed to complete 47 out of 50 trials without incident. Upgrading it to perfection would simply involve increasing the cameras’ resolution, as the three failed trials were due to the inability to identify smaller objects in the environment. 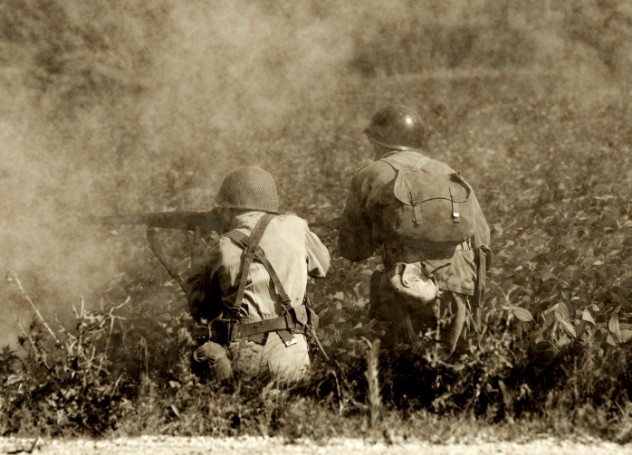 Romania’s entry into World War I initially panicked Kaiser Wilhelm: The Central Powers were already being beaten into submission by the British and Russians on two fronts. When Romanian troops entered the fray, they opened up a new line of offense along the Transylvania border. Sadly, the Romanians were outmatched and would soon start to incur greater and greater losses. To make matters worse, the Russians were facing internal turmoil—with the Bolshevik Revolution flaring up domestically, the support disappeared, and Romania was forced to surrender after incurring a loss of over 300,000 soldiers. The country also surrendered its land along the coast, which was now under the control of of Austria-Hungary until the end of the war. Once the war was over and the Central Powers were left smoldering, the allies recompensed Romania with several former Hungarian territories, including the notorious, vampire-infested region of Transylvania.

Romania didn’t fare any better in World War II, and the modestly sized nation was actually bombed by both the Allies and the Luftwaffe at different points. This was due to former Romanian general Ion Antonescu operating under Nazi influence—until he was deposed by King Michael. 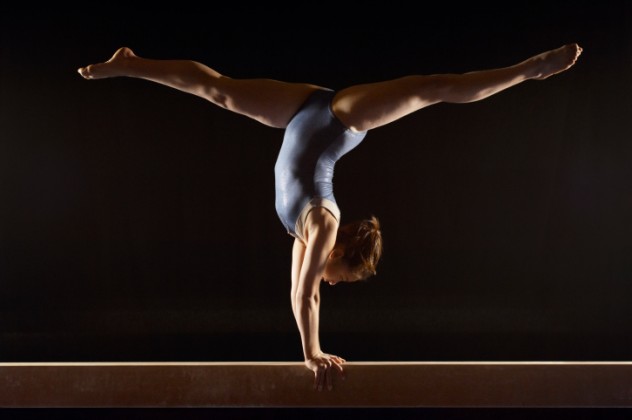 Romanian gymnast Nadia Elena Comaneci instantly became a sporting icon when she earned the first perfect score in gymnastics. She made history at the 1976 Olympics in Montreal, where she won a total of 3 gold medals. The judges’ computers were not programmed to display a perfect score—because it wasn’t assumed that anyone could achieve such a feat. But Nadia did, and her score was initially displayed as a “1.” Confusion turned into elation a few moments later, when the crowds realized she had actually been awarded the highest possible score, a “10.” For an encore, she went on to record 6 more perfect scores before the competition ended. She was 14 years old at the time. 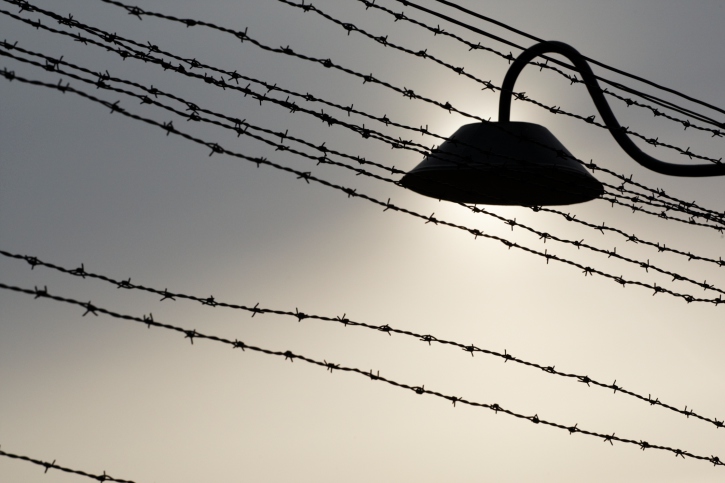 Oskar Schindler, a globally recognized hero, has been immortalized for his efforts. He’s seen as one of history’s most benevolent figures, yet a Romanian lawyer played the same role, saved many more lives, and is virtually unknown. He was born near the town of Suceava, which became part of Romania after World War I, but during the second war, it was under Austrian control. Horrified by the prospect of sending thousands of innocent people to their deaths, Popovici argued to the current Romanian military leader (and Nazi-appointed general) Ion Antonescu that Jewish workers are necessary for the economic integrity of his town. He risked his neck, but it worked, as mayor, the higher-ups gave him an allotment of exemptions for the Jewish population. Could you think of a better place to spend Halloween than Dracula’s Castle? Probably not, because nothing is better than a world-famous, historically-creepy castle tucked away in a Transylvanian forest. Visitors receive a hearty serving of bread and brandy, as traditional practice dictates. You’re also treated to a show, can participate in knighthood games, and you get to witness the crowning of a new Miss Transylvania. But the true history of the castle, is a little less glamorous: It’sbunlikely that the actual person we associate with Dracula, Vlad Tepes, was ever present at the site. He might have dropped by once or twice, but his palaces were located elsewhere. The association was made later on, after Bram Stoker set a Transylvanian castle as the count’s residence. The Romanians realized that Vlad and Dracula were two different, distinct personages, yet looked to capitalize on their landmark’s new infamy. Today, the castle is a museum. A new law in Romania has the country’s “black mages” furiously protesting over a new tax that seeks to give the government a cut of the money made through witchcraft and sorcery. Not limited to simple witches, the new tax looks to draw in revenue from all practitioners of the occult, including fortune tellers, who, having failed to see this coming, have proven themselves to be less than adept at their jobs. The new labor laws were made official on January 1st, 2011, and now the services offered by these black-magic afficionados are considered professional trades. The witches and fortune tellers are incensed about this attempt to syphon their profits and have been busy casting spells and placing curses on the Romanian government. A seemingly inconspicuous cave in southwestern Romania ended up an anthropological treasure trove of early human history. The 2002 discovery shows that humans were present in the area earlier than previously thought, as the remains are almost 40,000 years old. Most interestingly, the bones share characteristics of earlier and later hominid “species.” It was a great stroke of luck to discover such a combination, and it further muddles our understanding of when and where modern humans came into prominence. For example, a mandible found in the cave features the type of morphology associated with neanderthals. And while scientists still aren’t sure about the exact relation between our more recent ancestors and neanderthals, some of these bones could suggest that members of these two different groups did indeed make prehistoric cave-love.

3 Top Gear And The People’s Palace The Top Gear boys raced down the Transfagarasan Highway, a twisting, contorting road with an abundance of hairpin turns and S curves, flanked by idyllic scenery. In other words, the perfect road for letting loose and burning some rubber, regardless of what kind of automobile that rubber is attached to. Not content with cruising down one of the world’s most race-friendly highways, the crew then headed to the People’s Palace, one of the largest structures in the world. The Palace conceals a labyrinth of dusty, now-unused tunnels beneath its foundation, which also served as a perfect backdrop for a supercar showdown.

The palace used to be Ceausescu’s personal residence and headquarters, and today it’s used by Parliament—because it would be a shame to let such an imposing building go to waste politically. It’s one of the largest buildings in the world, and the largest administrative building (as well as heaviest and most expensive). Paradoxically, Ceausescu spent billions to build this behemoth while the people he claimed to represent starved in the streets.

2 Day Of The Bear It’s no secret that Romania is home to a large population of bears. Some people even get (not very) rich hosting tours, where they take you out to the woods and parade you through bear country. The love for this majestic animal manifests itself in many ways, including a unique but familiar holiday enjoyed nowhere else. Some parts of the world (excluding North America) celebrate a holiday called Candlemas on February 2nd. In the States, millions of people watch a small rodent in Philadelphia get scared of its shadow and scurry back underground. In Romania, Groundhog Day is actually Groundbear Day. While you won’t find many groundhogs roaming the abundant forests, the country is stupid with bears, and they usually wake from their hibernation for a quick bathroom break around this time. The bear’s behavior dictates whether spring breaks through or winter dredges on. Cigarette smuggling is an incredibly lucrative business, as a single hand-rolled cigarette coming in from neighbor Ukraine could retail for up to half a Euro in Romania (about 70 cents). Law officials have already cracked down on over 30 smuggling operations and confiscated almost 10 million packs in 2012 alone. They’ve invested a lot of money in technologies to trump smugglers, including shelling out millions of dollars for “seismic sensors to detect footsteps.” Some of the methods used to smuggle the cigarettes are straight out of the Wile E. Coyote playbook: A recent shipment was found packed into hollowed-out logs.