Dreams have always been one of the prevailing enigmas of humanity. As early as 5,000 B.C., Mesopotamians made a habit of recording their dreams on clay tablets, and every culture in the world has their own interpretation of the realm that lies between wakefulness and sleep. In some legends, dreams are sent from the gods; in others, terrifying monsters lurk at the fringes of consciousness, waiting for their chance to creep into the shadows of our minds. These 10 legends encompass the dreams and nightmares of various cultures scattered across 7,000 years of human history. 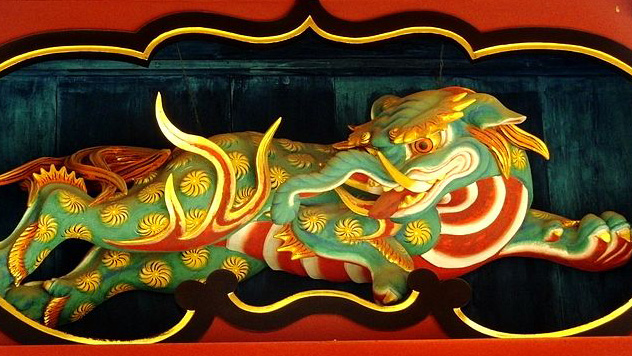 In Japanese legend, a Baku is a dream-eater—a spirit animal that visits homes in the middle of the night and devours the nightmares of people who are sleeping. It’s usually described as a tapir, sort of pig-shaped with a long snout. In the realm of dream spirits, the Baku is a benevolent spirit who protects people from the terrors of bad dreams.

The story of the Baku actually began in China, but was taken to Japan in the 14th century. From there, the description of the beast changed over time. By the 17th century, the physical form of the Baku had become a chimera—it had the legs of a tiger, the head of an elephant, and the piercing eyes of a rhinoceros. Its name changed to Mo, and the belief arose that in order for it to protect you, you had to draw a sketch of the beast before you fell asleep. 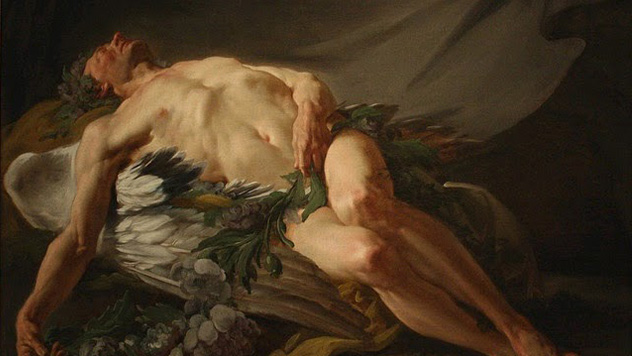 Few cultures delved as deeply into the world of dreams as the Greeks. As with most facets of life, they had a god that personified the dream world: Morpheus. He was the son of Hypnos, the god of sleep, and had the power to enter the dreams of mortal men to deliver messages from the gods.

Morpheus first appeared in the epic poem Metamorphoses, which was written by the first century poet Ovid. Though he could take the shape of a human when he was delivering dream messages, his true shape was a demon-like figure with massive black wings that allowed him to pass quickly through the dream world. Morpheus was chosen as a messenger because, out of Hypnos’s thousands of children, he was the best at disguising himself as a human. 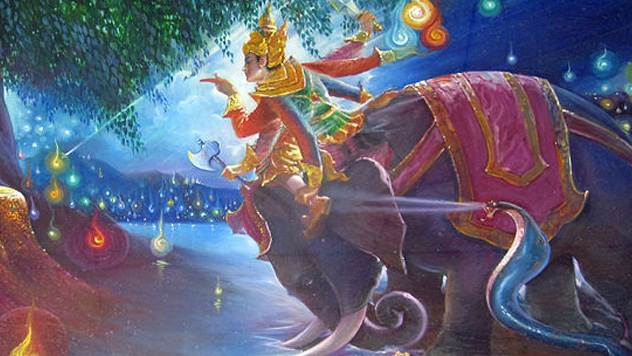 In Germanic folklore, a mara is an evil spirit that sits on your chest while you sleep, constricting your air supply and turning your dreams into nightmares. It appears in some form or another in all the Germanic cultures, although the specific name and description change with each language.

Most notably, the English word for the mara is “mare,” which is the origin of the word nightmare. Croatians believe that the mara takes the form of a beautiful woman at night. She visits men in their sleep to torture them and slowly suck away their life force over the course of a decades. In other cultures, a mara is a thick-skinned goblin. 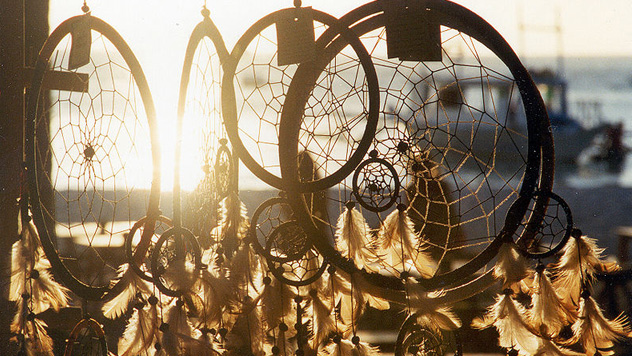 The Ojibwe are a Native American tribe who originally lived near the shores of Lake Superior in the northern United States. According to their own legend, however, their people began on the mythical Turtle Island. There, the Spider Woman, or Asibikaashi, watched over the Ojibwe people. Every morning, she builds a lodge that captures the sun and brings it to her children. Since she’s a spider, the lodge is a spider web, and the morning dew reflects the morning sunlight, “capturing” it.

As the Ojibwe people spread, Asibikaashi was no longer able to watch over every individual, so she allowed the people to build their own lodges—dreamcatchers—through which she would protect them from nightmares. According to the legend, if you hang a dreamcatcher over your bed at night, the good dreams will filter through the holes, but the nightmares will get stuck before they reach your head.

6 Phobetor And The Oneiroi 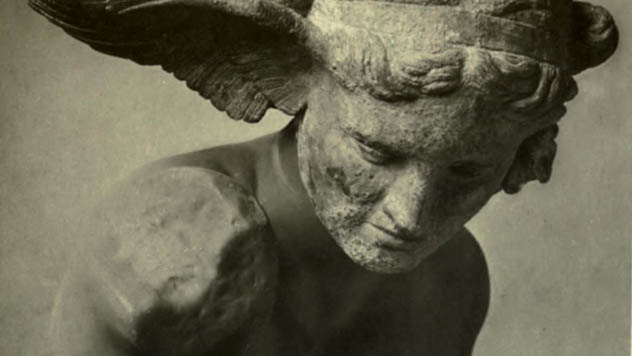 The Greeks had many different gods to portray different aspects of dreams. And while Morpheus served as the dream messenger, his brother Phobetor was the bringer of nightmares. His name translates from Greek as “to be feared.” Every night, he emerges from the land of eternal darkness as a winged demon to infest the dreams of the living.

The poem Metamorphoses describes Phobetor as a shapeshifter who “forms the beasts and birds and long sliding snakes.” He is the son of Darkness, and is one of the most important figures of the Oneiroi. The Oneiroi are the pantheon of dream gods who live in Erebos, which was part of the Greek underworld. Phobetor’s children are the shapes of nightmares themselves, allowing him to extend his reach to all the sleeping people of the world. 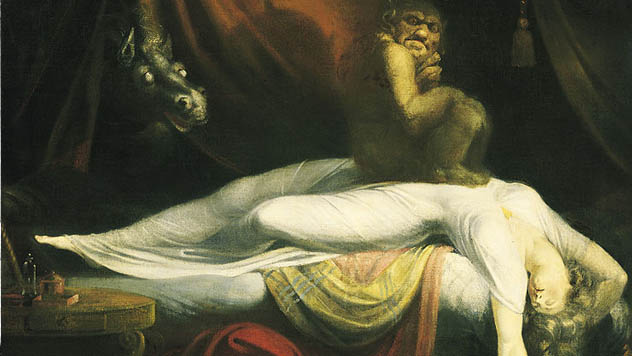 This strange phenomenon of sleep paralysis occurs when you wake up suddenly and are completely unable to move or speak. For some reason, most people who experience it also have a feeling of being “watched,” and it’s usually terrifying. People describe demons, alien visitors, and spirits in the dark room with them. Even though it’s really just a trick of the mind, the idea of a stranger watching you in the middle of the night is definitely unsettling.

It makes sense then that nearly every culture in history has had their own personification for sleep paralysis. The mara, which we mentioned earlier, were created to explain the phenomenon. In Kashmir, it’s caused when a pasikdhar—an invisible demon—attacks you in the night. In Turkey, a djinn sits on the sleeper’s arms, covers their mouth, and strangles them. The Pakistani legend is that Shaitan (Satan) himself has possessed the sleeper. 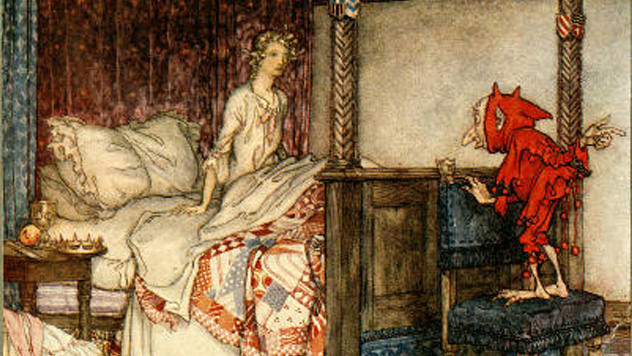 In the Scottish Lowlands, there’s a legend about tiny men called brownies who come into your home at night and do chores for you while you sleep. They’re similar to hobs, which traditionally live on farmland and, as long as they’re appeased, will help out around the farm. But God help you if you offend a hob, because their capacity for good is only outmatched by their mischievous appetite for destruction. They’ll knock over pitchforks, spook the sheep, or even, if you’ve really upset them, steal pies from windowsills.

The brownies, on the other hand, are usually good-natured. They don’t like to be seen by humans, so they’ll wait until you’re fast asleep and dreaming before coming inside. They’ll work even harder if you leave them some food, and they’re particularly fond of porridge and milk. 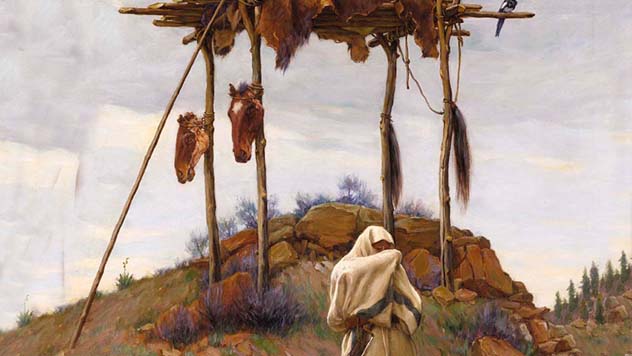 The Abenaki are a Native American tribe who lived around the New England area of the United States, with villages that reached up into Southern Quebec. Their greatest dream legend is also their creation story.

According to the myth, the Great Spirit initially lived in a void, a world with neither form nor function. So he summoned the Great Turtle to form the lands of the world, and he piled clay onto the Turtle’s shell to create mountains. But then he came to a moment of indecision: What kinds of creatures would live on this world? As he thought about it, he drifted off to sleep and began to dream. In his dream he saw all the animals and people that fill the world today, and thought he was having a nightmare.

When the Great Spirit woke up, he discovered that his dreaming had created all the animals of the Earth, and the more he looked at it, the more he saw how everything in nature worked together towards a beautiful purpose. 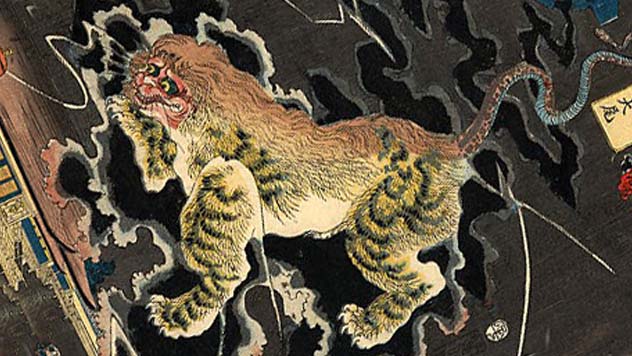 The nue is a chimera from Japanese folklore that serves as the harbinger of sickness and bad luck. It has the paws of a tiger, the face of a monkey, and the body of a tanuki. Its tail is a long, venomous serpent.

Nue are some of the oldest creatures in Japanese legend, most prominently appearing in The Tale of the Heiki, the story of a 12th century war between two opposing clans. In the story, a nue took on the form of a black cloud and visited the Emperor of Japan. The emperor soon became ill, besieged with nightmares every time he closed his eyes. The emperor grew sicker and sicker, until a samurai fired an arrow into the black cloud and killed the nue. To this day, there is a mound at the shore of the Sea of Japan which is said to be the grave of the nue from the story. 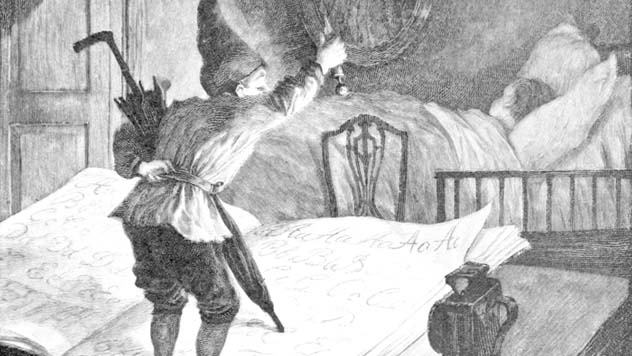 Every young child knows the story of the Sandman, a benevolent being who sprinkles sand into the eyes of sleeping boys and girls to make them dream. When you wake up with crusty residue around your eyes, it’s because the Sandman visited you the night before.

The Sandman was first introduced in literature in a Hans Christian Andersen story, Ole Lukoje. But it was the 1816 story Der Sandman that tortured the minds of young children for years to come. In that rendition, the Sandman visited only children who wouldn’t go to sleep. His sand made their eyes fall out, which he gathered up and fed to his demonic children in his iron fortress on the Moon.