Pirates are insanely popular today. Everything from infant onesies to restaurant walls bear the Jolly Roger and images of pirates on the high seas. Pirate “facts” cover the Internet, but many of these are unsubstantiated and come from tall tales and modern movies. The actual “Golden Age” of piracy may have been a lot different from what you think. 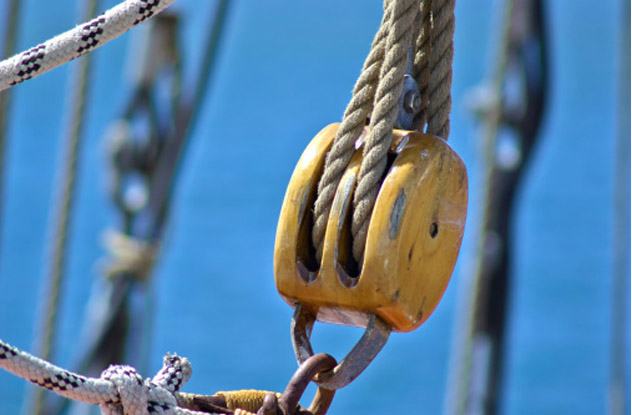 Pirates really did have their own nautical lingo, and we still use many of these rebellious seafarers’ phrases today. “Learn the ropes” is a phrase that today means “become familiar with the way something should be done.” This comes directly from needing to literally know the complex network of pulleys and ropes that controlled a ship’s sails. Being able to tie the proper knot and pull the correct rope to open or close a sail was important know-how for any sailor.

We can find pubs called “Three Sheets to the Wind” all over the English speaking world. Today it means to be drunk, but the phrase doesn’t come from drunken pirates. The sheet is the rope which controls the sails. If multiple lines ran loose, the sails would flap at the wind’s mercy and pirates would lose control of the ship. This is why the phrase now refers to a drunk—an out-of-control drunk.

Not only did pirates integrate nautical jargon into their cultural language, they also mixed languages. Pirating was a multinational and borderless culture of the sea.

Read more about the swashbuckling lives of real pirates in Under the Black Flag: The Romance and the Reality of Life Among the Pirates at Amazon.com! The lasting mythology of pirates has painted them as a special breed of man who were sexist, womanizing, bearded hooligans with a taste for strong liquor and gold. Ever hear of the idea that sailors have a woman at every port?

The truth may be more interesting than the fiction. Pirates rejected puritan society and were socially very liberal. They openly welcomed homosexuality and even had their own form of gay marriage. Matelotage was a civil partnership between two male pirates. Matelotage partners openly had sex with each other. The men shared their property, had the other as their named inheritor, and lived together. It just wasn’t always a strictly monogamous enterprise.

Just as today, sexuality is a spectrum, and the relationships were sometimes bisexual. When the French sent hundreds of prostitutes into Tortuga in the mid-1600s, they were trying to counter matelotage. The result was not what they expected. The fluid sexuality of the pirate community welcomed the prostitutes and many engaged in threesomes with the women. The freedom in economic pursuits and movements allowed among pirates is a powerful example of how their social progress was ahead of its time. Piracy was a challenge to the systematic oppression that allowed slavery to be a legal enterprise. We can’t forget the stark inequalities that blacks faced, holding the lowest positions on mixed race ships and being “shipped off” by slave owners to make money for them, but other pirates lived by a different code. They judged people based on their skills, because they didn’t live under the same flag as the colonists. Free black men served aboard pirate ships.

Black Caesar was one notorious such pirate. His tale began in Africa, where he was a chief. He was tricked onto a slave ship, but during a tumultuous hurricane, he escaped in a longboat. He escaped with a friend—one he later killed because the two vied over the same woman. Eventually, Black Caesar became a seasoned pirate, capturing and controlling multiple ships.

He joined up with Blackbeard and was working alongside him when Blackbeard’s ship was attacked in 1718. Black Caesar almost evaded capture, but his life ended in Williamsburg, Virginia at the end of a hangman’s rope. Contrary to popular belief, pirates were not anarchists who just wanted to rebel against any kind of order. The truth is, pirates were big fans of democracy. Those cast out by those sects of society were welcomed into a different social order, that of the pirates. Ships were egalitarian.

In order to maintain a good lifestyle while at sea for months, pirates realized the best conditions came via democratic channels. Most of the time, crews elected their captains. This practice of democratic elections guaranteed that the crew liked their leader and reduced the chances of mutiny. The quartermaster was also an elected official. The captain did have total power in certain situations, such as battle, but he otherwise had little unchecked control over the ship. 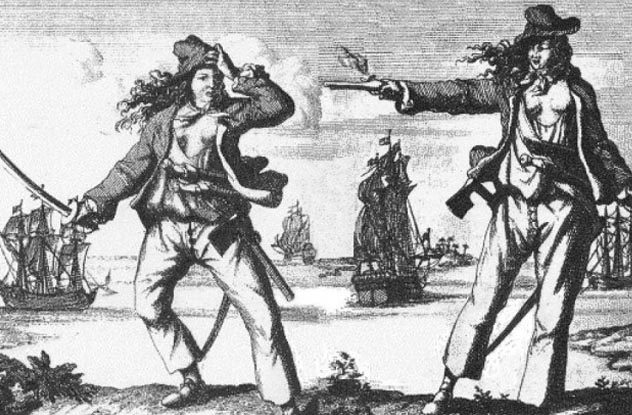 On the sea, you could freely cross culturally and historically constructed gender boundaries, and a great many female pirates fought on ships. Yet to first join a crew, many women had to crossdress. For some, passing as a man was most certainly an integral part of their personal identity, but for others it was a gender barrier they had to cross in order to fulfill their desires to be a sailor.

Many female pirate stories mirror that of Mary Lacy. She left her home of Portsmouth at the age of 19 and dressed as a man, assuming the name of William Chandler. She had an intimate relationship with another young woman living aboard her ship. When she finally returned home, she told her parents about her adventures. Later a family friend told the world that William Chandler was actually a woman, and she was allowed to continue working, though she eventually abandoned the seafaring life because of its physical demands.

The lives of these women were externally defined by a male dominated society, and the fables that came from their experiences warned against attempting to go against the grain. Mary’s story ended with a supposedly happy marriage to a hardworking man named Mr. Slade. This happy ending may well have never happened and was just added by the publisher of her autobiography. They also embraced disabilities—pirate costumes include an eye patch, a wooden leg, or a hook for a hand for a reason. The macho persona of piracy encouraged pirates to continue working with debilitating physical disabilities. They, like war veterans, were elevated above having problems and instead were seen as courageous. At the same time, pirates did not live in an individualized society, so codependency was a part of life. Therefore, losing a limb did not necessarily change your status aboard the ship.

The disabilities of pirates celebrated in stories by the likes of Robert Louis Stevenson were groundbreaking. They presented powerful and relatable disabled people in literature—and history. 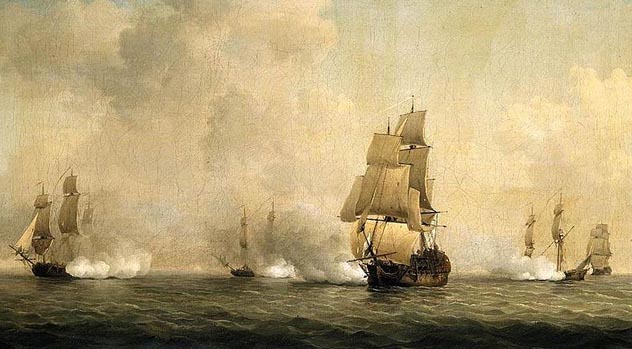 A job at sea is unruly and dangerous even now, and it was far more so in the age of sails and no electronics. Four main groups of people earned a living by sailing the high seas: merchants, naval crew, pirates, and privateers. Privateers received licenses from their governments to raid and pillage enemy ships, making them legal pirates. Merchants traded and sold goods, and naval forces were part of the military. Everyone at sea had to make major sacrifices and that combined with deplorable conditions created a dissatisfied working force.

Many people believe that pirates were just criminals on ships, but the truth is that many people turned from legally sanctioned work to pirating. Pirating was a much more lucrative and democratic career. Booty was equally distributed amongst the crew and the living and working conditions for pirates were significantly better than merchant and navy ships.

Rather than deserting their ships to become pirates, many merchant sailors got the opportunity when their ships were captured by pirates. The pirate captains had a tradition of asking merchant sailors if they’d like to join their ranks. Even though the Golden Age is considered at time of sea war, the situation for people who worked as pirates was much better than previous time periods.

Arrgh! Drop the mainsails an’ deck out yer own schooner with a scurvy Jolly Roger Flag at ye olde Amazon.com shoppe! Pirates of the Caribbean starts off with one of the main characters invoking the right of parley. This is a real term, but not one used among pirates. Yet pirates did have a code. Pirate ethics were born from a collective and diverse culture influenced by an egalitarian life at sea. The basic ethics included equal distribution of wealth, democratic group decisions, honesty to comrades, and loyalty.

The other side of pirate code was revenge. It mainly involved vengeance against people and places of authority that dominated others through violent means. We all know that pirates partied hard. Boozing was such an important part of pirate culture that alcoholism was the norm and social pressure forced every single pirate to imbibe. For some, the promise of unrestricted drinking was more enticing than the riches they might get.

Alcohol was the connecting tissue between pirates, and anyone who wouldn’t drink was looked at suspiciously. It was considered the cure for many ailments, from food poisoning to scurvy. Rum was an important commodity in the Caribbean and when a pirate ship looted a merchant ship that held boozy cargo, it was near impossible for the captain to persuade his crew to not get wasted right away.

Gambling was a related favorite pastime. Although some ships banned gambling while at sea, it was a huge part of life on land. The biggest port city aside from Boston was Port Royal, Jamaica, where 20 percent of buildings housed either gambling, pubs, liquor stores, or brothels. A sad ending for more than a few former sailors was a lonely homeless life as a beggar in Port Royal. Excessive drinking and gambling could drive hard working men into despairing situations. Pirate partying wasn’t all fun and games—it was an addiction-fueled lifestyle that left survivors in squalor by the end of their lives. Volunteers made up the bulk of pirate crews. It was a dangerous and unpredictable life, desertions and death were common, and ships constantly needed new people. As with any jobs, recruitment meant showing potential members the glamor of the job. Current pirates had to dress sharply and be clean to put on the external appearance of a life well lived. And if they couldn’t get enough volunteers, pirates weren’t above using force to get new crewmembers.

Pirates saw an increase in the number of people seeking work after 1713, when privateers turned to pirating. When European nations were fighting at sea, privateers were able to work and earn a significant income. In 1708 they were even allowed by the English to keep everything they stole from other ships. A mere five years later, the Treaty of Utrecht brought relative peace to the ocean and thousands of privateers lost their jobs. Instead of turning to the land and becoming thieves, most joined pirate crews where they could put their skills to use.

Kristance is a freelance travel writer, editor, and researcher. When she’s not compulsively traveling the globe, she’s looking up weird facts and writing about them. An avid culture geek, she’s a trained anthropologist and archaeologist. Connect with her on Twitter and read about her adventures at diggingtoroam.com.