Few people in history have been the target of conspiracy theories as often as the Jews. From well-poisoning to take-over-the-world plots, the Jews have it all planned—according to racists and conspiracy theorists. Yet in the vast potpourri of already-crazy Jewish conspiracies, a few have stood out due to their sheer insanity. These are conspiracies so insane that even the most fanatical believers would find them hard to believe. 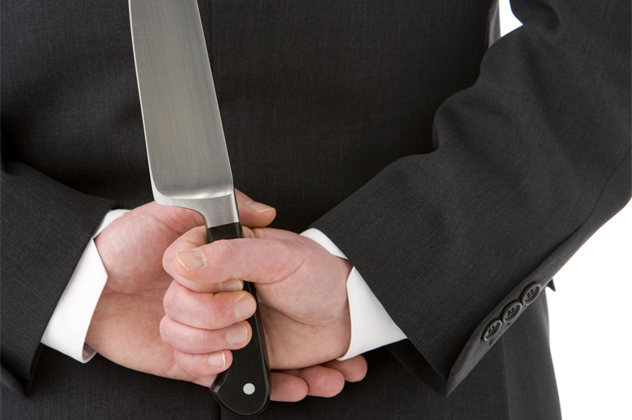 According to this myth, Germany lost World War I not because of the lack of soldiers and resources, but because the nation had been “stabbed in the back” by conspiratorial organizations at home. Militarists and right-wing groups—and, later, the Nazis—maintained that these organizations effectively broke the fighting will of the people and caused the Germans to accept the humiliating terms of the armistice. The ones who singlehandedly engineered the collapse of the German war effort were none other than the Communists, Jews, and various defeatists. The Jews were particularly vulnerable—for the Germans they exemplified the perfect traitors, just like Judas Iscariot.

Of course this legend was just a ruse to find a scapegoat for Germany’s impending military defeat. Although the German army remained highly organized and even occupied large swaths of enemy territory near the end of the war, they lacked enough reserves and material to defend it. Conversely, fresh American troops were reinforcing Allied lines and were in the process of retaking German-held areas. Rising casualties, a flu epidemic, and an economic blockade also added to the German woes—simply put, they were just in no shape to continue the war any further. 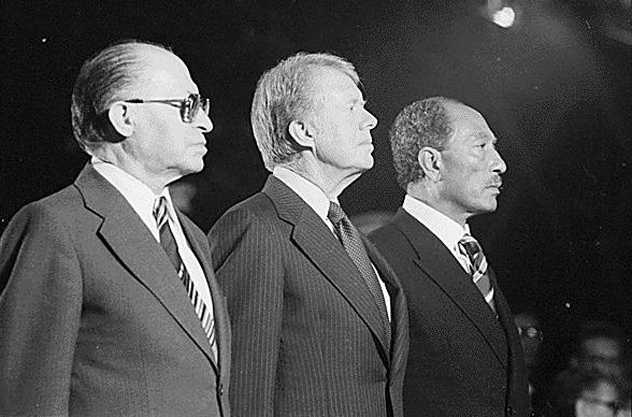 Remember when a Saudi cleric announced that women who drive risked destroying their pelvises and ovaries? As it turns out, he wasn’t the only one who excelled at putting his foot in his mouth. Back in August 2012, a spokesman for the Muslim Brotherhood named Ahmed Subei stated in an interview on Iranian television that Egypt’s Camp David Accords and the resulting peace treaty with Israel increased the incidence of diseases among the Egyptians. Since the peace treaty of 1979, more Egyptians have been afflicted with “endemic diseases, such as various types of cancer, hepatitis, and kidney infections.”

Subei attributed this to the influx of pesticides from Israel to Egypt, which he believed led to the gradual deterioration of the country’s agriculture and the current trend of diseases. To solve this dilemma, he recommended that the Egyptian government review and amend the “unfair” provisions of the treaty.

In spite of their regular anti-Semitic slurs, the Muslim Brotherhood itself isn’t immune to such conspiracies—the group itself is alleged to be an Israeli front. 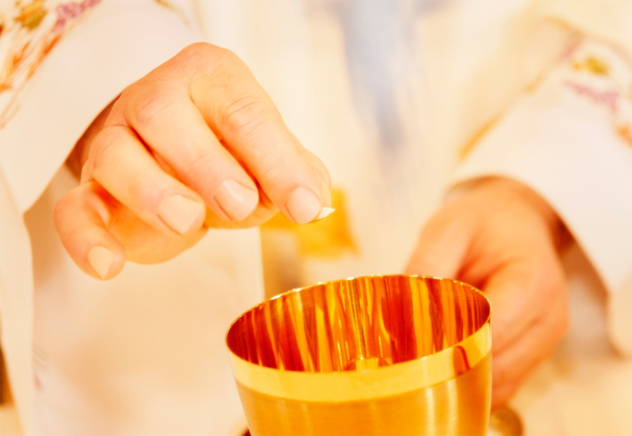 Host desecration—one of the oldest (and most serious) accusations against Jews—refers to the alleged Jewish practice of desecrating the host (or bread) used by various Christian groups that represented the body of Jesus Christ. The Jews would mutilate the host in a manner similar to Jesus Christ’s torture and crucifixion. Accusations against the Jews began after the Catholic Church established the doctrine of transubstantiation in 1215. Afterward, Jews were frequently charged and persecuted for this practice. Later on, the accusation became the perfect excuse for people to kill and expel the Jews from the community.

The Reformation of the 16th century alleviated the suffering of the Jews somewhat—when the Protestants denied the doctrine of transubstantiation, the whole thing became moot and academic. However, isolated cases of host-desecration accusations continued well into the 19th century—the last known incident happened in Romania in 1836. 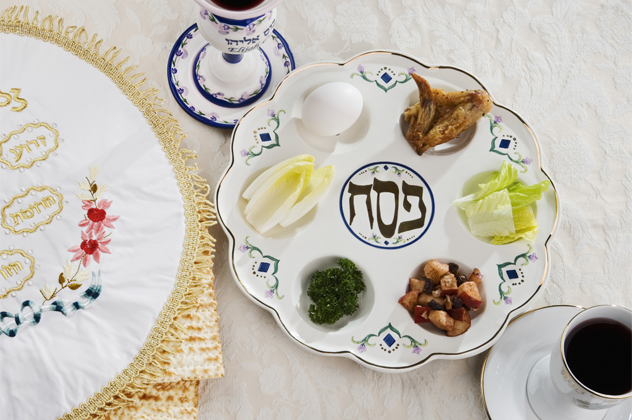 According to believers of this conspiracy, kosher-certified foods are one way the Jews collect money from unwitting consumers around the world. Proceeds then go to Israel and various Jewish organizations for their nefarious purposes. In the West, the belief in a kosher tax took root during the 20th century, when Jewish organizations gave out kosher certifications to food manufacturers. And since kosher-certified foods are priced higher than non-kosher ones, well, that extra money has to go somewhere.

Unfortunately for conspiracy theorists, the truth couldn’t be any more mundane. While kosher-certified foods are indeed expensive, virtually all the profits go to the manufacturer. A small portion goes to the salaries of the kosher-accrediting organization’s members (most groups work as non-profit).

Historically speaking, a kosher tax has existed before—on the Jews themselves. Several European states imposed different variations of the kosher tax on the Jews. The Russian Empire in particular established the Box Tax—so called because the Jews had to put their money in a collection box. 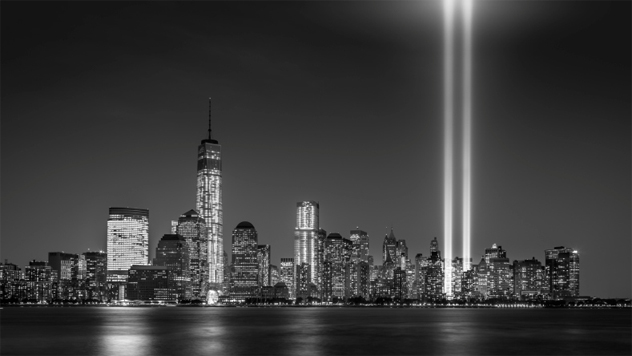 No, it wasn’t the US government who attacked the World Trade Center in New York; it was Israel—or at least that’s what a good number of Muslim conspiracy theorists believe. According to them, Israel initiated the attacks with the hope that the West would launch a military intervention against what they perceived to be rogue Islamic states.

Rumors of the Israeli connection began shortly after the attacks when Middle Eastern newspapers cited a report that said some 4,000 Israelis did not go in to work at the Trade Center on that fateful day. They also pointed out the extremely low casualty rate the Israelis took in comparison to other nationalities in the attack.

In reality, the 4,000-person figure represented the number of Israelis believed to be in the vicinity of the attacks. Also in stark contrast to the low-casualty rumor was the fact that hundreds of the dead or wounded during the attack were of Jewish origins. Sadly, the figure became subverted by some Muslims who did not want to face the fact that it was Islamic terrorists who spearheaded the attack that took thousands of innocent lives. 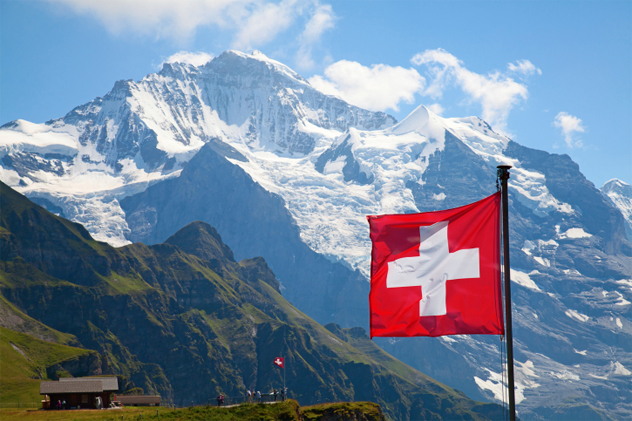 Ever wondered how Switzerland has managed to remain neutral, avoid major wars, and still remain such a rich and powerful country? Apparently, it’s all thanks to the Jews. A Saudi journalist named Fahd ‘Amr Al-Ahmadi wrote that the Jews were the moving force behind Switzerland’s centuries-long neutrality. He contended that Switzerland provided the perfect place for the Jews to hoard their wealth and plan their next move for world domination. Through their machinations, Switzerland became a neutral and extremely wealthy country while the rest of the world burned around them.

As with most conspiracy theorists, Al-Ahmadi left out a few important notes, most notably the fact that Switzerland connived with the Nazis during World War II in order to remain neutral. That collaboration included harsh laws against Jewish refugees and the storage of ill-gotten Nazi loot. 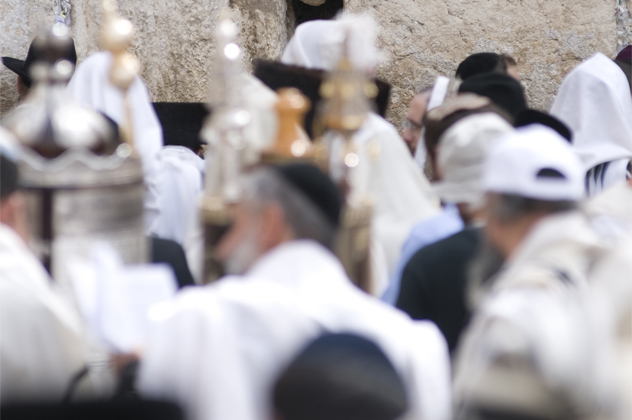 Will there really be a future Jewish homeland in Poland? In a book written by Polish writer Julian Niemcewicz in 1858, by the year 3333 A.D., the Jews will have total control over Poland through deceit and treachery. Judeopolonia—as it will be known—will consist of Jews ruling over the Gentiles from their capital of Moszkopolis (formerly Warsaw). The bottom of the new social order of Judeopolonia will consist of the rest of the Polish population. The aristocrats especially will be forced to serve the Jewish ruling class. Judeopolonia will be run like a dystopian wasteland—all buildings and structures will either be defaced or destroyed, while the streets will be littered with dirt.

The book sparked great paranoia against Polish Jews for several years. A similar fear rose up during the pre-World War II years with the belief in “zydokomuna,” or a Jewish-Soviet collaboration—a fear made more realistic after the Soviets fought and occupied several parts of Poland in the 1920s and ’30s. 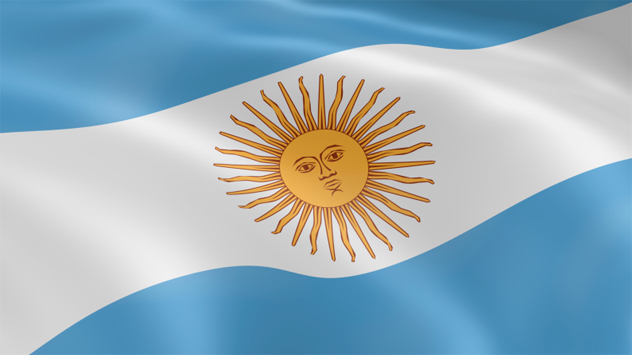 Argentina is another alleged preferred destination for a Jewish state. According to the Andinia Plan, the Jews mapped out Patagonia in Argentina for the creation of an independent Jewish Republic of Andinia—effectively, a state within a state. The main author of this belief—an Argentinian politician named Walter Allende—alleged that during the 1970s, the Israelites were searching for a second Jewish homeland far away from the turmoil in the Middle East. Argentina, with its large Jewish population, would have been the perfect settlement.

During the reign of the military junta, large numbers of Jews were often abducted and tortured because of their supposed invasion plan. As Jews, they were subjected to greater physical and psychological abuse than usual—one form of torture involved the jamming of small animals into the bodily orifices of Jewish prisoners. All told, more than a thousand Jews disappeared, along with several thousand dissidents, during that time period.

2 Jerry The Mouse Is A Jewish Invention 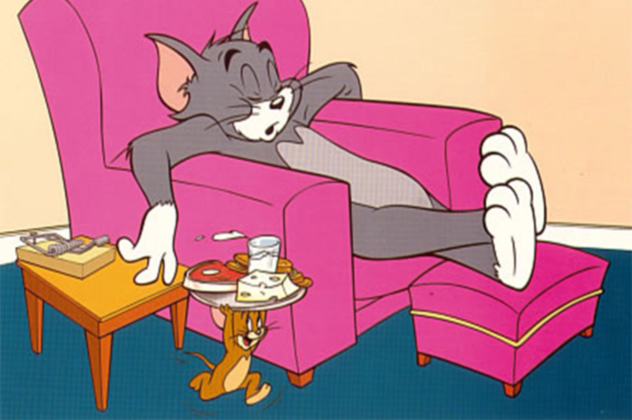 At some point in our childhood, most of us have watched at least one episode of Tom And Jerry. Although the show did have its fair share of controversies (including some politically-incorrect episodes), the lighthearted cat-and-mouse capers have remained a hugely popular (and relatively harmless) show for generations of children. Enter Iranian professor Hasan Bolkhari, who basically ruined it for every kid on the planet when he implicated Jerry as nothing more than a tool for the Jews.

In a lecture he gave in 2006, Bolkhari outlined his belief that Jews created Jerry for the purpose of changing how Europeans perceived mice. According to him, Europeans began calling the Jews “dirty mice” during the Nazi era. To counter this, the Jews created the show and have been using it ever since to flip the common perception of the “stupid” mouse. Maybe this revelation also justifies the totally insane fatwa issued by a Saudi cleric that called for the killing of not only Jerry, but Mickey Mouse as well.

1 The Jews Dominated The Slave Trade 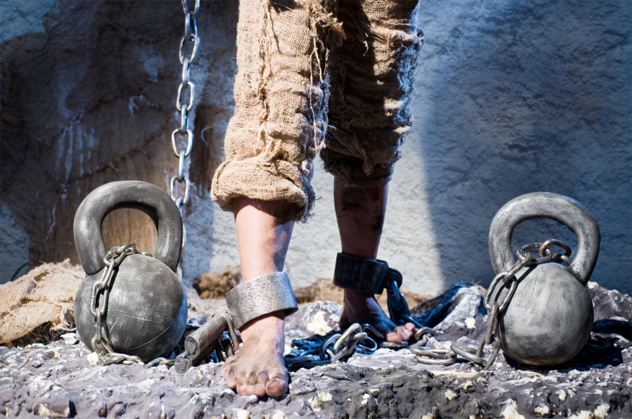 Were the Jews responsible for New World slavery? The Nation Of Islam seems to think so. In their book, titled The Secret Relationship Between Blacks And Jews, it was the Jews who financed the operations that saw millions of African natives shipped from their homes to the Americas up until the Civil War. From the ports to the ships, the Jews were in control of everything—not only that, but they also personally owned thousands of slaves and vast plantations. Accordingly, the NOI contended that without support of the Jews, the vast slave network would have essentially collapsed on itself.

Several scholars disputed the NOI’s assertion and stated that the participation of the Jews in the slave trade was “minimal” at best. While some Jews did own slaves and engaged in the trade, their involvement paled in comparison to that of the Europeans. Also conveniently forgotten was the fact that the Jews themselves were subjected to slavery multiple times throughout their history. Conclusively, while the Jews were guilty of slavery, they were not the only ones—virtually everyone was in on this horrid practice at some point in time.