Throughout history, we have attributed mythological stories and magical abilities to just about everything under the Sun. However, trees are perhaps one of the most logical things to ascribe such powers to. After all, trees are filled with vitality, live much longer than humans, and tower over nearly every living thing on Earth. 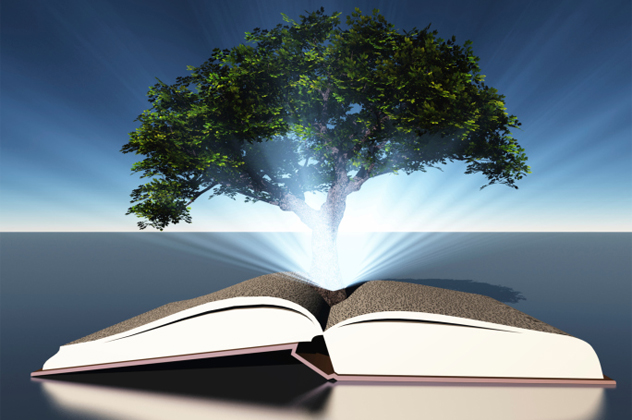 The Kalpa Tree, also known as the Kalpavriksha, is known as a wishing tree, but its mythology is actually much more complex than that. The Kalpa Tree isn’t just one specific tree in Indian mythology—it’s an entire spiritual concept. Wish-fulfilling may not be the most direct translation, however, because the point of the tree is not to be a genie that can give you whatever you want. Kalpa Trees are prayed to because people believe they have a connection to the divine.

Even Alexander the Great went searching for these trees in the hopes of having his wishes fulfilled. Like many people, he was drawn to the idea of gaining all the earthly pleasures he could ever desire without any effort. There are many trees in India that are considered more or less sacred, depending on claims that have been made by people who said their wishes were granted. Many of these trees still receive a great deal of visits from people, and offerings are often left for the trees in the hopes of gaining favor with the gods. One tree in India is believed to have the power to help people in court, and those who go to the nearby courthouse will often pray to the tree beforehand. 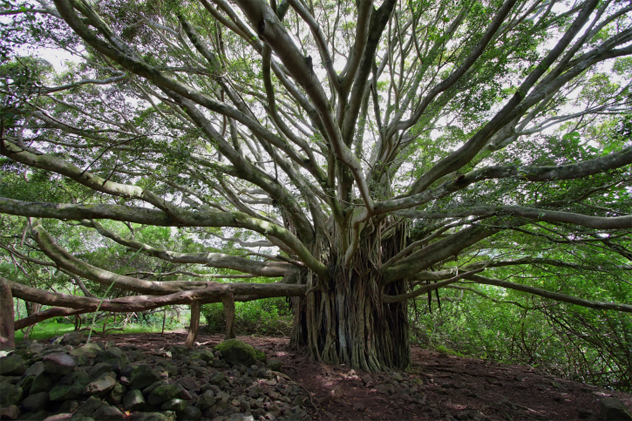 The banyan tree is the type of tree that the Buddha sat under, according to some legends, but its mythological significance goes even deeper. While banyans are real trees, there are many beliefs that persist to this day regarding their magical nature. One story tells of a father who had his son take a fruit from the tree and look at the seeds inside. The boy was then told to open one of the seeds and tell his father what he saw inside. He explained that he saw nothing, and his father explained that from that nothing, the banyan tree sprang forth.

In the story, he uses this as a lesson to explain how so much life and greatness can come from so little. However, the tree has truly mythical powers beyond just its prodigious size. The belief persists among many today that the banyan’s roots never stop growing; they continue down into the Earth and lead to a truly eternal tree. Much like a phoenix arising from the ashes, if a banyan tree is hacked down, the legends say it will use its powerful roots deep below the ground to return to its former glory. 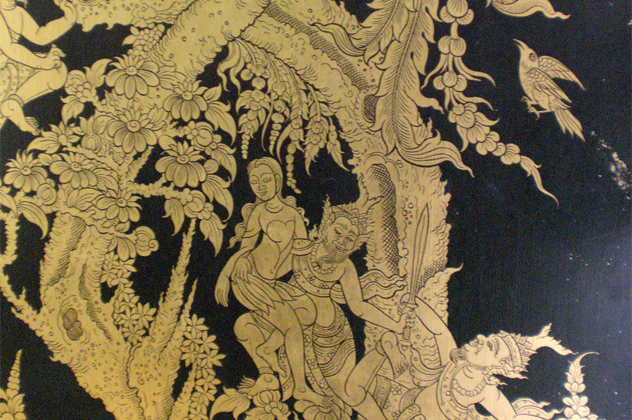 One of the strangest folk tales ever told comes from Thailand and involves something called the Nariphon. The legend goes that the wife of a princess was exiled in the Himvanti forest, where she came across trees growing a very strange fruit—miniature women. According to the stories, the purpose of these trees was to protect our heroine as she traversed the forests, because women were immune to their charms. However, these trees were said to be very dangerous for men.

If a man were to pluck a Nariphon, or fruit maiden, and then have intercourse with her, he would become sterile. If he had any magical abilities, those would also be lost to him. The strangest part of the tale is that these fruit maidens are described in many of the stories as only being about 20 centimeters (8 in) long, so even if you use your imagination, it’s a little difficult to figure out how that would work. 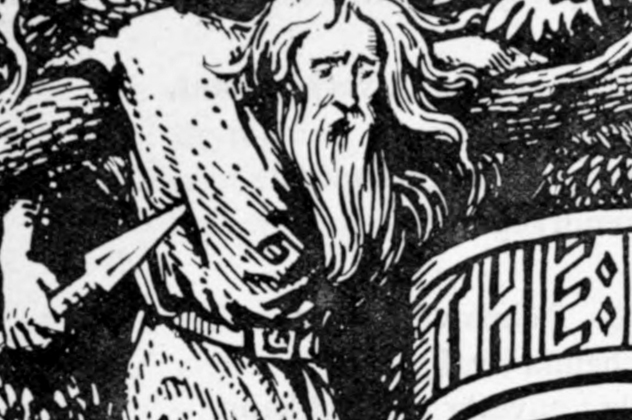 Yggdrasil is the ancient Norse tree of life, and it is a very important part of the tales of the god Odin. According to the myths, Odin was looking to obtain further wisdom, so he went on a journey with his horse, Sleipnir. In an action that draws several parallels to the Christ story, Odin hanged himself on the world tree for a total of nine days and nine nights. Odin was also pierced by a spear, although in this myth he exacts the injury upon his own body. It is said in the myths that after his long ordeal, Odin was able to gain the wisdom that he was seeking from magical runes.

In some tales, the tree of life is more than just a symbolic tree upon which Odin hanged himself—it’s also most likely an interpretation of the heavens themselves. It is sometimes described with an eagle at the top, which would be associated with Odin, and a serpent at the bottom, which would represent the underworld. 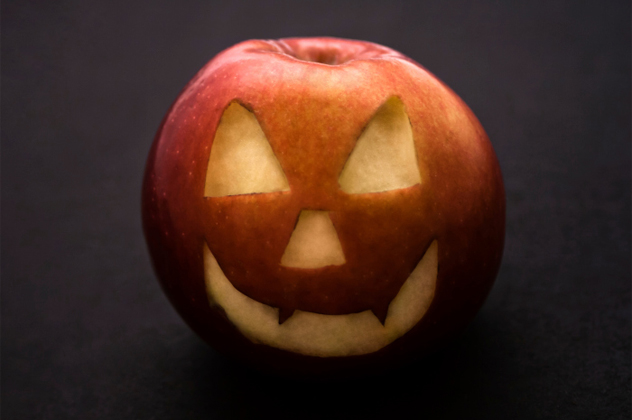 While the fruit maidens of Thai folklore are a bit odd, they still have a certain innocence to them. However, their Japanese cousin, the Jinmenju, is much, much harder to cope with. In the myths, these trees are said to grow in mountainous areas, usually very rarely and far away from where anyone could verify their existence. The unique part of these trees is that their fruit is actually human faces. These faces laugh as people walk by, and would probably send the average person running in the other direction as fast as their legs could carry them.

Fortunately, the Jinmenju isn’t really known to attack humans, and if you laugh at the tree, the fruit will shake and drop to the ground. If you have a hankering for human face and you can find one of these mythological trees, you’re in luck, because according to the legends, the heads taste just like citrus fruits.

5The Tree Of Zaqqum 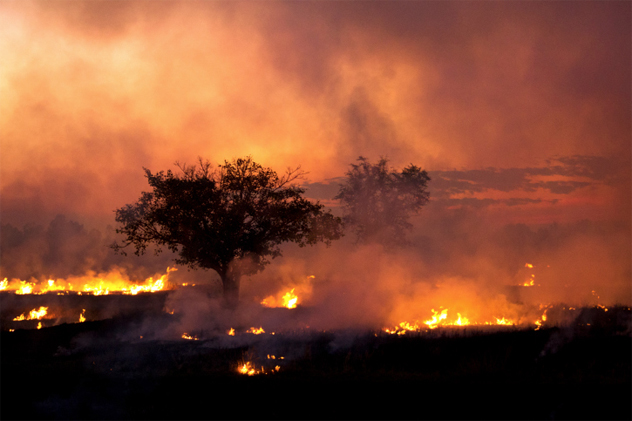 The Tree of Zaqqum is mentioned multiple times in the Quran and is said to exist only in hell. It contains extremely bitter fruit that is fed to those in hell who beg for something to eat. This demonic tree is said to gain its sustenance from the flames of hellfire itself. Passages in the Quran explain that as the denizens of hell are starved mad with hunger, they will have no choice but to eat the foul-smelling fruit from the Tree of Zaqqum.

But it gets worse: After the damned eat the fruit—which causes their faces to fall off—they are given a horrible concoction of boiling liquid to drink. This causes their bodies to disintegrate into a melted heap of flesh and bone. Then they go straight back into the hellfire and repeat the process. It really doesn’t matter which religion’s mythology tells the story: Hell sounds pretty terrifying.

4The Whispering Oak Of Dodona 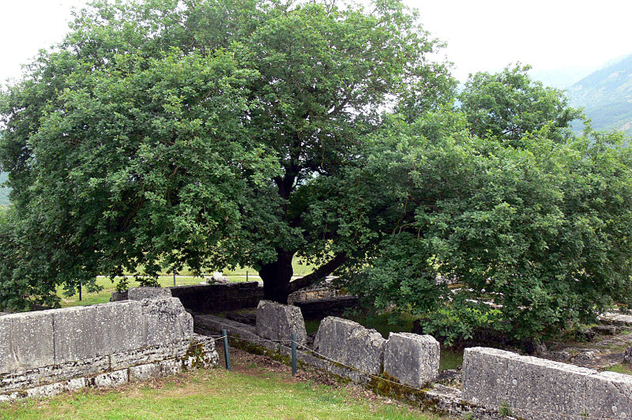 This mythical oak tree comes from Greek mythology and was one of the first oracles of Zeus in the ancient days. The tree itself could not speak in a human tongue, but like any tree out there, its leaves would rustle in the wind and make noise. While it’s hard to say for sure who first came up with the idea, some accounts say that the first oracle of Dodona was likely an Egyptian priestess who was kidnapped and brought to the area.

While the tree did have an actual history to it, it has also appeared in mythology. In the story of the Argonauts, Jason is told by the gods to use a branch from the tree as part of the construction of his ship, to make his journey safer. Achilles also goes to Dodona for guidance in the Iliad. Unfortunately, the real tree was cut down after Christianity became the dominant religion in the area. 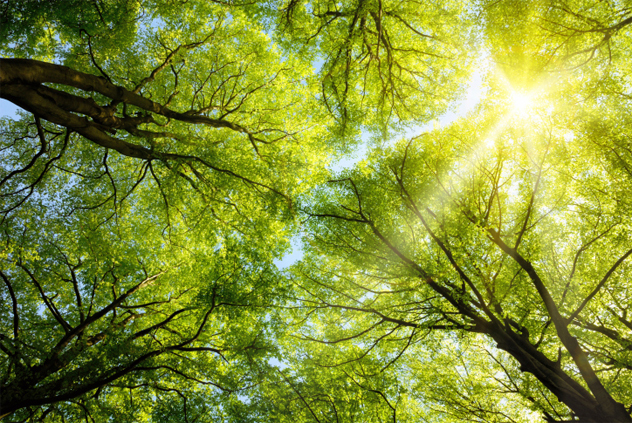 This folk tale from Hungary begins with a shepherd boy who snuck into the king’s garden. He saw a magnificent tree and decided that the only reasonable thing to do would be to climb it. As he went farther up, he was met with some of the most fantastic things he had ever seen. Way up in the sky, at the top of the tree, he found entire churches, castles, and beautiful landscapes. The Hungarian people, though, are not the only ones who have a Sky-High Tree in their mythology.

In Siberian myth, the legend of a tree that reaches to the heavens is quite popular. In these legends, the tree has a more important job than simply being a place of wonders—it quite literally holds the sky up. According to the ancient myths, the sky needs something to support it. There are, however, some differences among the legends. Some believe that the tree doesn’t necessarily hold up the sky and actually slips through it, but other legends state that the tree bends when it reaches the top of the sky. However, both tales do support the tree as being a sort of portal to other worlds. If you can reach the very top of the Sky-High Tree, you should find the entrance to some version of heaven. 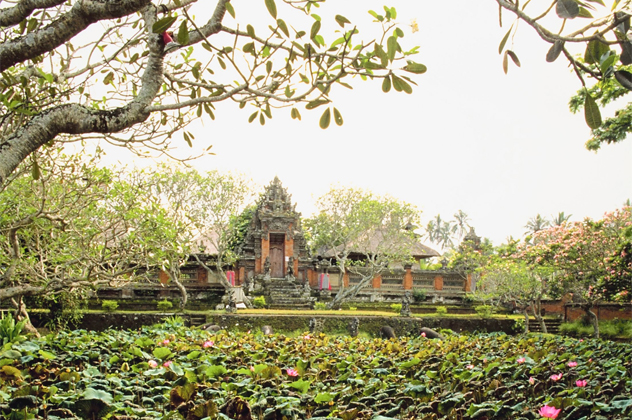 While the lotus flower is certainly a real thing, the lotus tree has been appearing in various mythologies for a long time. And considering it has passed through multiple cultures, the stories about the tree vary wildly. The Greeks had perhaps one of the strangest versions. In the Greek myth, there’s a young goddess named Lotus, and she ends up turning into a tree to protect herself from the unwanted sexual advances of another a god named Priapus.

The fruit from the lotus tree also appears in Homeric legends when Odysseus and his men happen upon the land of the Lotus Eaters. When these men ate the fruit from the tree, it was so good that it made them forget everything that was important to them in life. This myth led to the creation of the term “Lotus Eater” to describe people who live a decadent lifestyle, but otherwise have vapid and meaningless lives.

The lotus name itself has a lot of significance in many religious beliefs, and has been mentioned in conjunction with God as well. Some myths claim that there is a lotus tree at the right hand of God in heaven. Additionally, some myths attribute symbolic importance to the idea of the tree and the presence of the divine—essentially, the symbol of God above a lotus shows how the divine can overcome the material world. 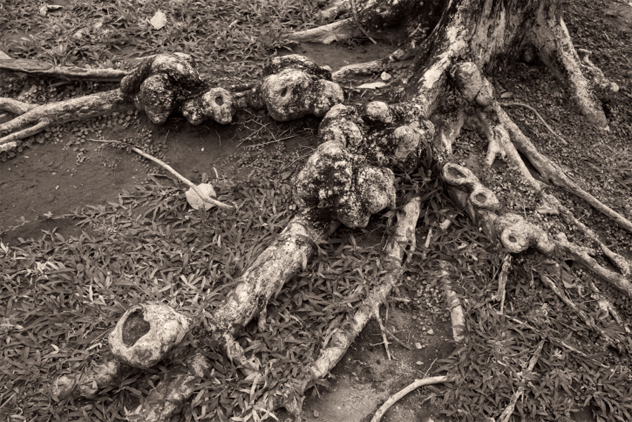 According to folklore, if you’re ever in Japan, you may want to look twice before going anywhere near a tree, because it might be a Jubokko. This tree is extremely deceptive, and from a distance it looks like an innocent tree. If you look closely enough, you may notice that the branches look strangely capable of grasping things, and if you pay attention to the base of the tree, you might notice the human remains that have piled up. If you do encounter anything like that, you should run away before you become the vampire tree’s next victim.

Jubokko trees were once normal, law-abiding trees, until one day the land they lived on was soaked in blood. When the trees’ roots were drenched in blood, they transformed into otherworldly, malevolent spirit trees that get their only sustenance from blood. If you get too close to one of these trees, it will snatch you up with its long arms, forcefully jam its appendages into you, and then remove all that lovely red stuff from your body. Your body will then be left as bloated carrion for the birds of prey, and no, the Jubokko won’t call you the next day.