When someone is so famous that we think we know them, we assume we know their interests, too. Wouldn’t it be silly to insist that, say, Mozart is much better than polka music only to find out that Mozart himself was a big fan of that style? As absurd as that might sound, it actually wouldn’t have been too much more surprising than some of the entries on here. 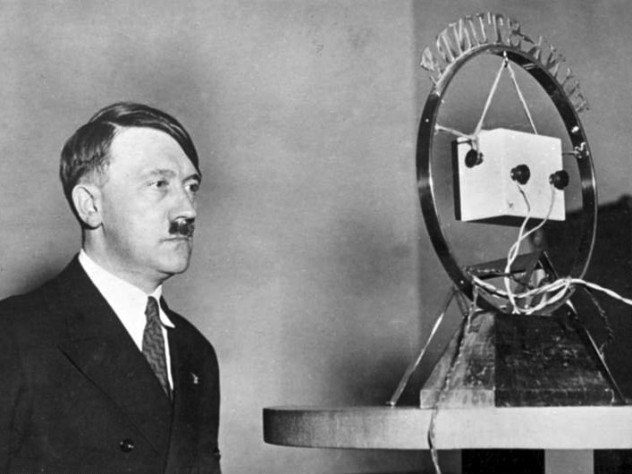 The Fuhrer, like any person so famous and scrutinized that they cast a shadow over their century, has been found to have some odd quirks. Still, his German nationalism (despite his Austrian origins) is so well established that you would expect that to completely dominate his childhood, right?

A Surprising Fan Of: American Westerns

Hitler wasn’t alone in his love of the genre in the Third Reich, as it was very popular in Austria and Germany during his childhood. But no one loved westerns like Hitler. He also enjoyed the pseudo–American West stories of Karl May, who was himself German, such as Ride Across the Desert. It’s easy to imagine Hitler thinking of himself as a superhuman, a Teuton destined to lead his adopted country to Valhalla, and imagining that he was a great general. But wanting to be a cowboy? That’s a bit more difficult. 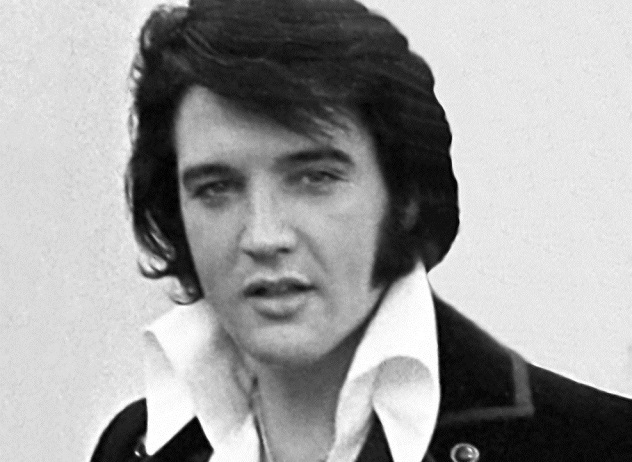 Thirty-seven years after his death, Elvis Presley is still so popular that he has the most number one songs in the United Kingdom, to say nothing of his influence in his home country. He’s so rabidly adored that someone once bought one of his warts. He’s held up as the essence of Americana, with his energy, swagger, and tackiness.

A Surprising Fan Of: Monty Python

While Elvis’s later years were marked by erratic behavior, it doesn’t seem like it quite meshes with the controlled chaos of Python sketches and films. Nevertheless, the infamous “Nudge Nudge” sketch of Eric Idle’s seemed to be a particular favorite of The King’s, as he often casually quoted it and called people “Squire.” As far as America went, Presley was a particularly early fan. Robert Plant of Led Zeppelin described Presley as “the first Python fanatic I ever knew.” It’s a shame then that his passing in 1977 meant he didn’t live to see Life of Brian, widely considered to be Monty Python’s magnum opus. 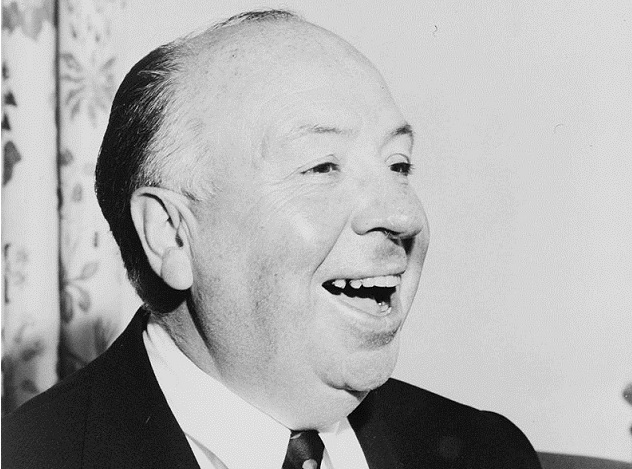 They say Alfred Hitchcock was one of the few directors from his time who could sell a movie on his name alone. Such is the enduring relevance of Hitchcock’s body of work that a remake of his movie The Birds was announced with Michael Bay as a producer in March 2014. His films Vertigo, Rebecca, North By Northwest, and Psycho are where class, directorial skill, and intelligence meet visceral thrills.

A Surprising Fan Of: Russ Meyer

Russ Meyer was a notorious exploitation B-movie maker of films like Faster, Pussycat! Kill! Kill! and Supervixens. His movies were full of over-the-top violence and ridiculous sexuality. John Waters said that the women in them acted like “female female impersonators.” Nevertheless, Hitchcock was said to have been a huge fan of his. He loved Supervixens in particular so much that, after a screening of the film, he ordered star Charles Napier to his office to offer him a deal with Universal Studios and cut him a $5,000 check on the spot. Have any of you fanboys ever done so much for someone out of love for a movie? Even during his earliest work, Walt Disney was a traditionalist. His greatest successes were family-friendly adaptations of works decades or even centuries old. He was, in short, as square as a major media mogul could be.

A Surprising Fan Of: Salvador Dali

Disney was not just a casual fan of Salvador Dali. Like Hitchcock, he was ready to provide his object of admiration some cash. In 1945, well after Dali had already proven himself the sort of artist who went to art exhibitions in a diving suit or with glass cases attached to his chest, Disney commissioned a short film from Dali called Destino. As he said on the subject, “I want to give big artists such opportunities.” Unfortunately, Destino was scrapped due to legal problems, effectively ending the collaboration before it began, but a later production of Destino was released in 2003. 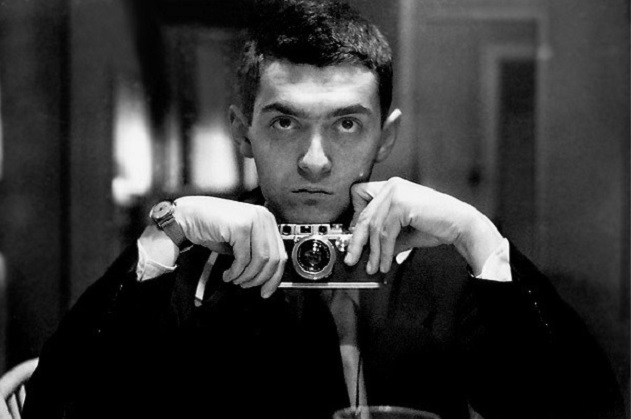 With 13 films across a variety of genres to his name, many of which are considered timeless classics, Stanley Kubrick is one of the most celebrated filmmakers of our time. He is noted for an intellectual, detached style of filmmaking that has endured remarkably well half a century later. His standards for film were high, and he enjoyed the work of other masters of the craft.

White Men Can’t Jump, for those of you who aren’t nostalgic ’90s kids, was an unremarkable 1992 buddy comedy probably best remembered for Dave Chappelle’s reference to it in Robin Hood: Men in Tights. What the director of Dr. Strangelove and Full Metal Jacket saw in this film about basketball hustlers breaking color barriers has been lost to history. This mystery makes spotting this title on his list of favorite movies among such high-brow fare as Cries & Whispers and Rashomon all the more endearing. 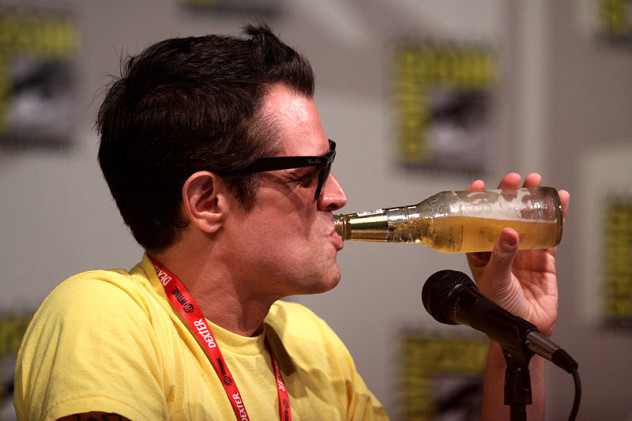 Star of Jackass, Jackass: The Movie, Jackass 3D, and Bad Grandpa, Johnny Knoxville is one of the world’s most profitable famous faces. The mental image we have of him involves tightrope walking over alligators and being a bad grandpa. He’s no Kubrick, but that’s show business.

A Surprising Fan Of: Cinema Paradiso

Winner of the 1989 Academy Award for Best Foreign Film, Cinema Paradiso is about a Italian child developing a love of movies by getting to know the local theater owner. It’s best known for a montage of kisses from classic films spliced together because they’d been cut by order of the local priest in the film. It’s about as far removed from Knoxville’s highest-profile work as Kubrick’s is from White Men Can’t Jump, but he names it as one of his favorite movies. 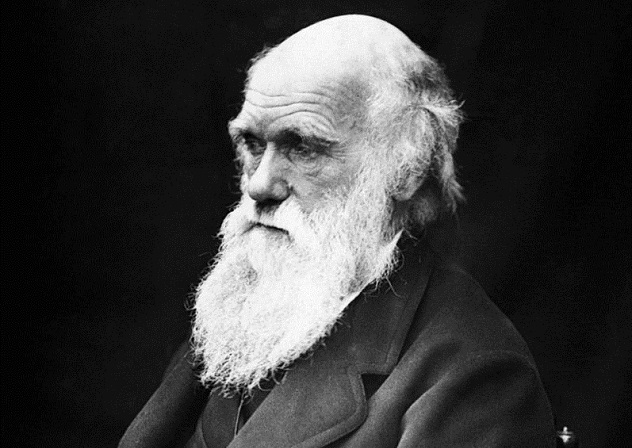 Charles Darwin’s thesis of descent with modification made him one of the most controversial figures of the 19th century, despite having been a person of a rather reserved nature who wrote books about barnacles and earthworms. Presumably, his interest in science was dispassionate and scholarly.

A Surprising Fan Of: Wanderings in South America

Wanderings in South America is a book by Charles Waterton about his bizarre exploits and experiences on that continent. He describes trying to entice a bat to bite him by sleeping barefoot and made up a Sasquatch-like monster based on the legend of the “Nondescript” for his party to encounter. It was, in short, a surprising inspiration for Darwin’s scientific expeditions in South America.

As it happened, Waterton was not a believer in Darwin’s theory of evolution. In fact, he went so far as to mock the theory by using taxidermy to create his “Nondescript” as a parody of the “missing link.” 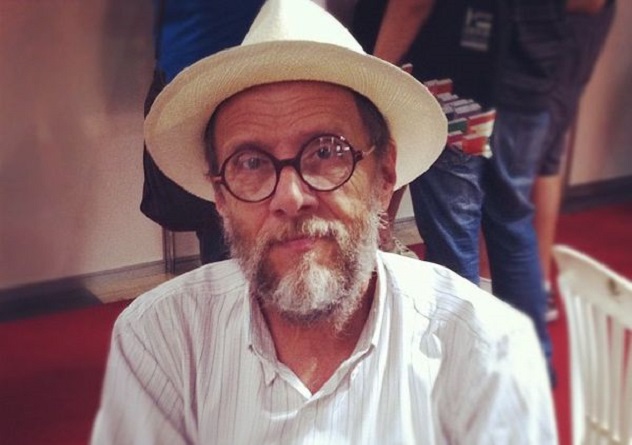 Robert Crumb was the lowest of low artists who many today nevertheless insist be exalted as one of the great artists of the 20th century, at least as far as comics go. He’s notorious for art full of a combination of Carl Barks–era cartoons, autobiographical pornographic fantasies, and misanthropy. His life has been the subject of numerous documentaries, his work sells for tens of thousands of dollars, and he produces bestselling graphic novels.

A Surprising Fan Of: Titanic

Yes, that Titanic, the 1997 James Cameron film most counterculture types love to hate. While it’s understandable that someone who can’t help but growl “God, I hate people” while on camera would enjoy seeing a thousand of them killed in their giant hubris machine, you still wouldn’t think such a sappy PG-13 movie would rub him the right way. Apparently, he was still talking about it for days after he watched it, and Terry Zwigoff, the director of a documentary about Crumb, was still scratching his head about that more than a decade later. 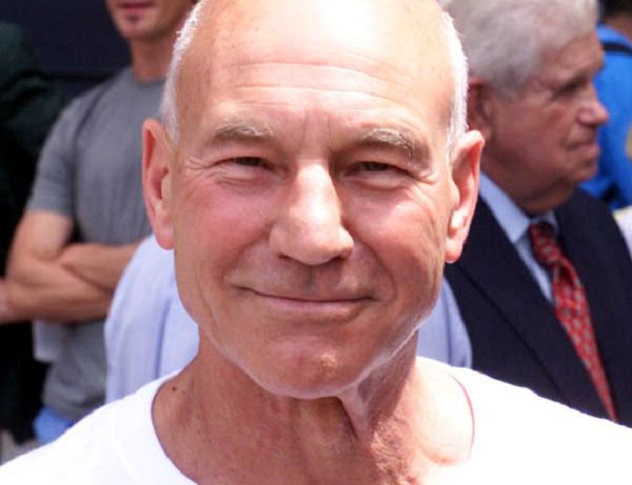 Patrick Stewart is the professional go-to for providing class in productions like X-Men and Conspiracy Theory. To watch his portrayals of Claudius in Hamlet or Sejanus in I, Claudius is to witness great portrayals of ambitious villainy. Even when playing fairly flat roles like Gurney Halleck in Dune, he manages to make an impression.

A Surprising Fan Of: Beavis & Butthead

To be sure, Beavis & Butthead is a cartoon often appreciated as much for its satire of the MTV generation as it is by the people it parodies, but Stewart’s affection for it seems to go beyond just appreciating its cultural commentary. As he’s said in interviews, he loves the show and owns the entire series. He has even been seen doing an impromptu impersonation with Liam Neeson that mere words cannot do justice to. 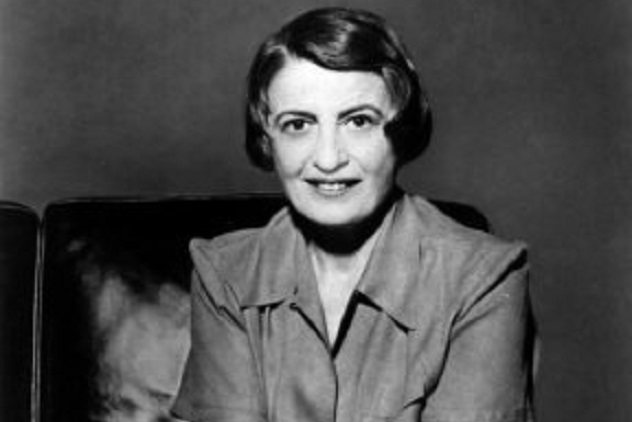 Ayn Rand may well be the most hated modern writer who otherwise held no power of note. Her theories of Objectivism have, through their influence of figures like Alan Greenspan, been blamed in part for the recession that happened to America in 2008. Her books are dismissed as leaden, tedious screeds with terrible characters. Most notorious is a speech that messianic figure John Galt gives in her 1958 opus, Atlas Shrugged, that goes on for dozens and dozens of pages as a tribute to the merits of self-interest.

A Surprising Fan Of: Charlie’s Angels

Rand’s love for schlocky ’70s cop show Charlie’s Angels wasn’t a closely guarded guilty pleasure—she actually admitted it on network television. Her given reason was that “it’s not realistic . . . it’s about three attractive girls that are better than so-called real life.” These personal preferences seem to explain some of Rand’s more questionable stylistic choices. So great was Rand’s admiration that she believed Farrah Fawcett would be ideal to star as Dagny Taggert in a film adaptation of Atlas Shrugged. She even spoke on the phone to the actress about the possibility, a conversation even Fawcett seemed to find surreal.

Dustin Koski is the author of Six Dances to End the World. If it turned out any of these people became a fan of that book, it wouldn’t be the least bit surprising.