Nazis have been held up as paragons of evil, the epitome of the worst in humanity. Therefore, in the eyes of many, it was seen as a good deed, a mitzvah if you will, to hunt down suspected Nazis. While the methods and actions may have varied, the people on this list did what they thought was best to avenge the deaths of over six million Jews. 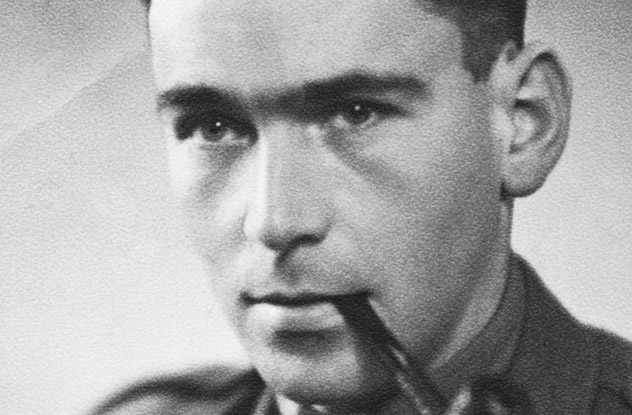 Hanns Alexander was born in Germany during World War I. His father was a popular doctor who would often throw parties attended by the social elite, including people like Albert Einstein. After Hitler began his rise to power, Alexander and his Jewish family fled to Britain, where he joined the British Army’s Pioneer Corps. At the end of the war, he was also one of the first volunteers to investigate war crimes, a role he took to heart. Fueled by an intense anger, Alexander was sometimes a loose cannon, going as far as to drive around Europe with the body of a dead Nazi strapped to his car.

The most notable man he ever tracked down was probably Rudolf Hoss, the commandant of the Auschwitz concentration camp. After tricking Hoss’s wife into revealing his location (by threatening to have her son sent to Siberia), Alexander and a group of soldiers set off to capture the man. The exact details of his capture are up for debate: He was either beaten by the Jewish soldiers accompanying Alexander or forced to walk naked through a snowy road. Either way, he was taken into custody and hanged a short while later. 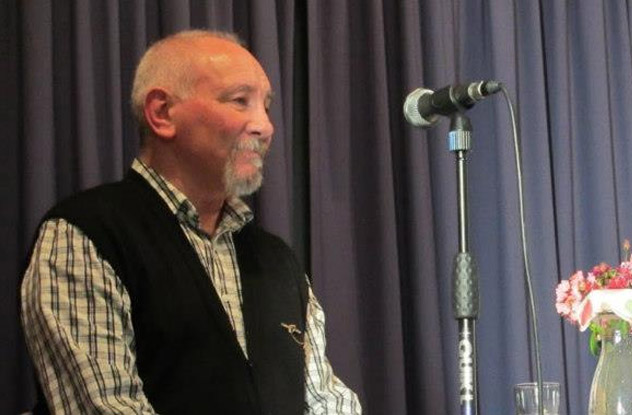 In 1992, the Simon Wiesenthal Center (a noted Jewish human rights organization) asked New Zealand ex–police officer Wayne Stringer to investigate 47 war criminals who may have fled to his country. For over a year, he worked tirelessly, traveling from New Zealand to Australia to Canada to the Baltic. Given access to records from the KGB, Stringer managed to come up with a list of suspects who might actually still be alive, even going so far as to interview many of them.

The most notorious of those men was Jonas Pukas, a Lithuanian living in Australia since the 1950s. He was suspected of being a member of the 12th Lithuanian Police Battalion, a group responsible for murdering Jews throughout Eastern Europe. When Stringer interviewed him, Pukas said that the Jews who had been rounded up “screamed like geese” when they were shot, laughing at the memory. He denied any involvement, though, claiming he only heard the executions.

Unfortunately, no one was ever charged as a result of Stringer’s investigation. Pukas died a few years after the interview. 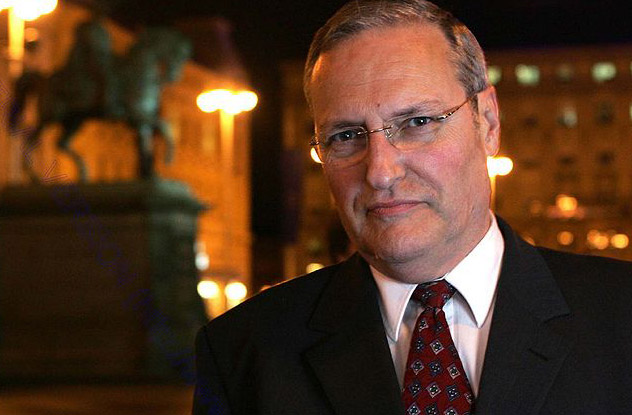 Sometimes referred to as “the last Nazi hunter,” Efraim Zuroff has spent more than 30 years tracking down ex-Nazis as the Israeli director of the Simon Wiesenthal Center. He also manages the Center’s annual “Most Wanted Nazi War Criminals” list.

With a job more like a desk sergeant than a bounty hunter, Zuroff doesn’t spend his time traipsing through the Argentinean wilderness like the Nazi hunters of years ago. However, he does have to deal with something most of them never had to: critics. Because the Holocaust happened decades ago, many surviving Nazis are in their eighties and nineties. Feeble, elderly men look less than intimidating, engendering pity from many people.

A historian who helped research one of the latest cases said of the man eventually arrested: “He is 97 after all . . . What Zuroff is doing is simply a circus act.” Zuroff and the Center see it differently, stating: “The passage of time should not afford protection for Holocaust perpetrators.” So he soldiers on, knowing that the end of his job is creeping ever closer.

Deportation from Vienna to Ghetto Riga in January 1942. Testimony of Elliot Welles.

Born in Vienna in late 1927, Elliot Welles and his mother were deported by the Nazis after the war started. The pair was separated, and his mother was placed on a bus. The Nazis then drove the vehicle into the woods and shot everyone aboard. Two days later, they brought back the stripped corpses’ clothes; Elliot recognized his mother’s dress.

Eventually, Welles was sent to the Stutthof concentration camp in Poland, where he remained until the war’s final months. Then, he was sent on a forced march to Magdeburg, Germany, which is where he made his escape.

After the US Office of Special Investigations was founded in 1979, Welles took advantage of their records to find the SS officer who had ordered his mother’s execution. He succeeded, and even managed to get a conviction for the man, but the sentence was only two to three years in prison.

Welles decided to hunt more Nazis. For more than 20 years, he was the director of the B’nai B’rith Anti-Defamation League’s task force on Nazi war criminals, responsible for the arrest of many long-missing criminals, including Boleslavs Maikovskis and Josef Schwammberger. 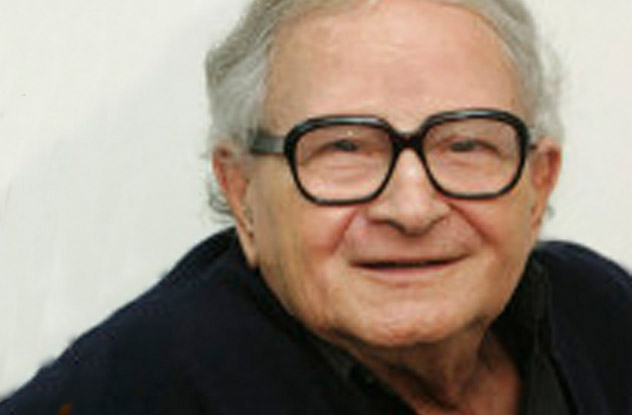 Born in 1926, Rafi Eitan jumped at the chance to join Mossad, serving as the leader of several missions aimed at capturing suspected Nazis. On May 11, 1960, their greatest capture took place in Buenos Aires, Argentina, when they kidnapped Adolf Eichmann and brought him back to Israel. Eitan led the agents involved, and the move set off a firestorm of controversy due to its illegality—Argentina actually demanded that Eichmann be returned.

Lesser known, however, is that the group also nearly captured Josef Mengele, the infamous Nazi doctor known as the “Angel of Death.” After agents in Argentina received information detailing Mengele’s location, Eitan personally vetoed going after him. He considered Eichmann a more valuable target, and he worried the loss of focus would compromise both operations. Unfortunately, that was as close as they ever got to capturing the doctor, who died years later, a free man.

Tuviah Friedman was imprisoned by the Nazis in a labor camp, along with much of his family. Every person in his immediate family, save his sister Bella, was killed as a result of their imprisonment, but Friedman escaped in 1944.

Immediately after the war, he was tasked with helping Soviet and Polish authorities discover evidence of the Holocaust. Described as “the Merciless One,” Friedman hunted, captured, and killed several Nazis, occasionally whipping them before death.

Disguising himself as a captured Nazi officer, he would go into prisoner-of-war camps to find suspected SS members. Eventually, he joined up with Simon Wiesenthal and let the courts take over, content with prison as a final punishment for many of the ex-Nazis.

Friedman’s top target was Adolf Eichmann, one of the major organizers of the Holocaust. Even though Mossad and Rafi Eitan handled the operation, Friedman’s work in pressuring the Israeli government to increase their efforts in chasing Nazis resulted in the man’s capture. 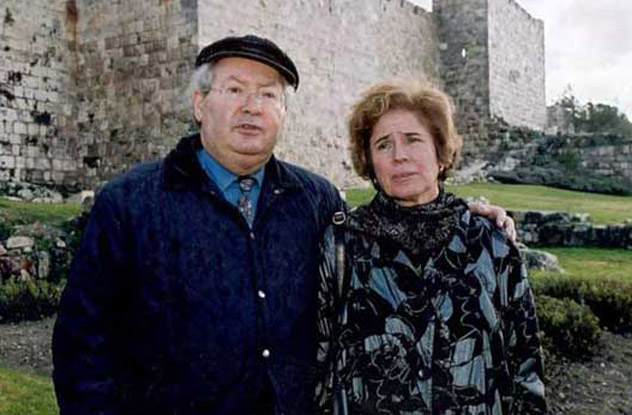 A husband-and-wife duo, this pair of Nazi hunters met in the 1960s and began tracking down criminals shortly after. Serge is a French Jew who lost his father to Auschwitz, and Beate is a German Protestant. Their first target was Kurt-Georg Kiesinger, a former Nazi propagandist and German Chancellor during the 1960s. Beate famously slapped him in the face in protest, for which she served four months in prison.

Not content with merely embarrassing former Nazis, the Klarsfelds began trying to bring them to actual justice, setting their sights on Kurt Lischka, a former Gestapo chief. Serge put a gun to his head when they first captured him, but she relented and got him arrested and sentenced to 10 years in prison. Their most famous capture was Klaus Barbie, another former Gestapo chief, whom they’d earlier tried and failed to kidnap. He was later extradited to France and was convicted, dying after eight years in prison.

Today, they no longer hunt Nazis, content with striving to commemorate those who lost their lives during the Holocaust, as well as protesting other examples of genocide and persecution. 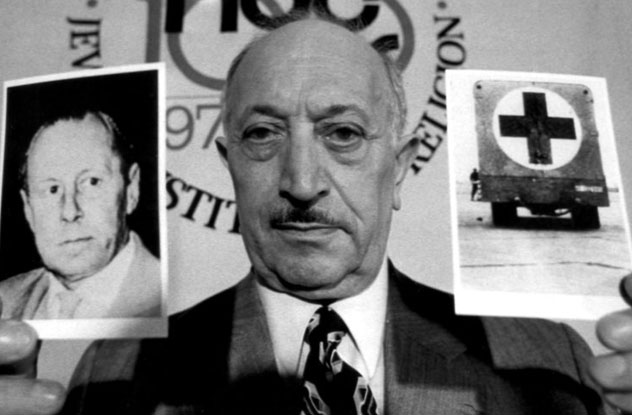 Born in 1908, Simon Wiesenthal was an Austrian Jew who spent time in five different concentration camps during the Holocaust. Afterward, he aided American intelligence by supplying information about Nazi war criminals while also helping Jews emigrate from Europe to Palestine. After Israel was created, Wiesenthal went to work with the predecessor of the Mossad, tracking down ex-Nazis such as Adolf Eichmann. Wiesenthal then went to work for Israel’s intelligence agency, tracing criminals as well as former missile scientists.

Involved in the identification of thousands of ex-Nazis, Wiesenthal was responsible for bringing hundreds of them to justice, including Franz Stangl, the commandant of the Treblinka and Sobibor death camps. Firmly against vigilante justice, he insisted that each suspect go through a trial, maintaining that it was an exercise in morality.

He rejected the idea that all of Germany was responsible for the Holocaust, a perception known as collective guilt. But when it came to individuals known to be guilty, Wiesenthal had no qualms about treating them as such. He was once brought to a mortally wounded SS officer who asked him to forgive him so he could die in piece. Wiesenthal refused.

One of the youngest Nazi hunters on this list, Eli Rosenbaum was born in 1955 to Jewish parents who refused to discuss the Holocaust. His first encounter with the Nazis was second-hand as a child, when he switched the television to a dramatic reenactment of the Auschwitz trial. He saw a woman testify about being experimented on, and that moment changed his life.

In 1979, he began interning at the Office of Special Investigations, a US Department of Justice division. In 1995, he became the chief. Initially, the agency only pursued war criminals of the Axis, but in 2004, they also began investigating modern crimes against humanity.

Rosenbaum was once embroiled in controversy when he discovered that Kurt Waldheim, the fourth Secretary-General of the UN, had been an intelligence officer in the Wehrmacht. Waldheim later went on to become the president of Austria, showing the country had no qualms about electing ex-Nazis. 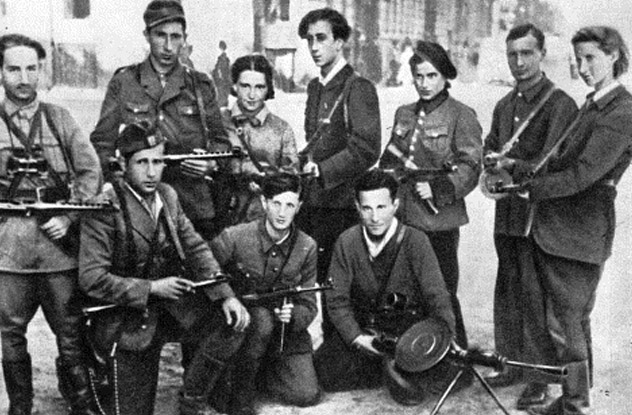 The founder of the Jewish group Nokmim (“The Avengers”), Israel Carmi lost much of his family during the Holocaust. Immediately following the war, politicians were not very concerned with hunting Nazis, so it was left up to individuals to bring them to justice.

Nokmim, with help from the British military, would travel throughout Europe, searching for proven Nazis. When they came across one, they would take the person, usually pretending to be police who wanted to interrogate them. During the next stage of “Operation Judgment,” they would inform the Nazis of who they really were and what they were going to do. Carmi later said: “Some admitted guilt. Others kept silent.”

They would drive the Nazis somewhere secluded and execute them, with strangulation being the preferred method. One of several death squads operating throughout Europe, Nokmim was responsible for executing hundreds of Nazis. In addition, Carmi helped tens of thousands of Jews immigrate to Israel.