Is humanity really that bad? While there are countless tales of people exhibiting kindness and doing good, we can’t help but feel downhearted to know that, sometimes, we are our own worst enemies. As proof, here are some experiments that show just how dark and dismal our nature can really get. 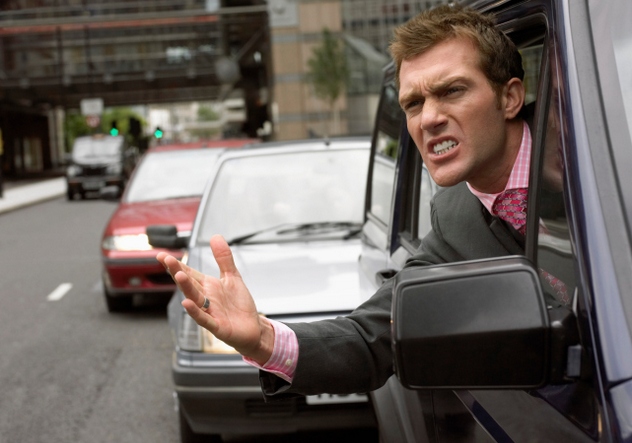 There are plenty of stories about rich people willingly sharing their wealth with the less-fortunate folk. However, a US study conducted in 2012 confirmed that the rich are more ruthless in their everyday dealings. Researchers from the University of California, Berkeley, and Toronto observed that drivers of fancy car brands cut off their fellow drivers a whopping four times as often as those who drove cheaper cars. They were also seen cutting off pedestrians who had the right of way three times more than their less-moneyed counterparts.

In addition to the field observations, the researchers conducted a series of lab experiments. They found that rich people had a bigger tendency to lie and cheat to get what they wanted. Last but not least, it was also proven that rich people would actually be more willing to take candy from a baby. The researchers concluded that wealth can distort an individual’s moral and social norms, thereby making them more prone to engage in what the rest of us deem unethical behavior.

9People Eat With Their Eyes

Our eyes really can deceive us, especially when it comes food. Brian Wansink, a psychologist and nutrition expert at Cornell University, demonstrated the power of visual stimuli in a series of food experiments he conducted on unsuspecting consumers. In his most famous experiment—which incidentally won him an Ig Nobel Prize—Wansink made his 54 subjects eat from four bowls of soup in a typical restaurant setting. Unbeknownst to them, Wansink rigged two of the bowls with a hidden mechanism so that they would keep on refilling.

As expected, those who ate from the bottomless bowls ingested 73 percent more soup than those who ate from the regular ones. Amazingly, they also said that they didn’t believe they ate more nor felt any fuller than the rest of the participants. The experiment confirmed Wansink’s theory—the more food there is on our plate, the more we tend to overeat.

8Some People Intentionally Run Over Animals On The Road 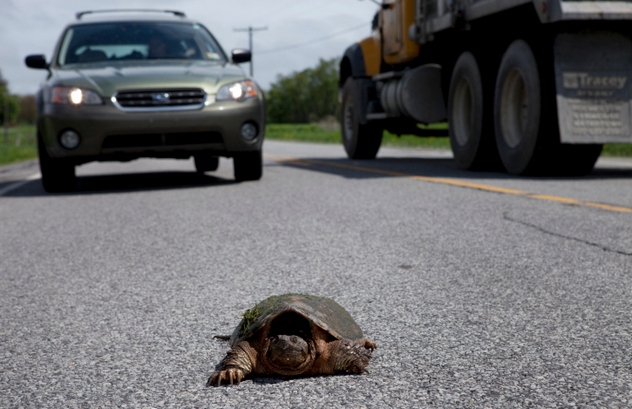 How many human beings in their right mind would run their car over a poor, defenseless turtle? Apparently a lot, as Clemson University student Nathan Weaver found out during his study. His experiment—originally conceived to help endangered Eastern box turtles safely cross South Carolina’s roads—took an ugly turn when he saw that 1 in 50 drivers would intentionally hit a plastic (thank goodness) turtle he had placed on the road.

To make sure this wasn’t just a fluke, Weaver placed the plastic turtle on another road and got the same results. Although the discovery came as a shock to many, some veteran scientists weren’t so surprised. Hal Herzog, a psychology lecturer at the Western Carolina University, explained that some people occasionally feel they must prove that they are at the top of the food chain. What better way to prove their dominance over the rest of the animal kingdom than by running over some turtles?

7Another Obedience Experiment With Dismal Results 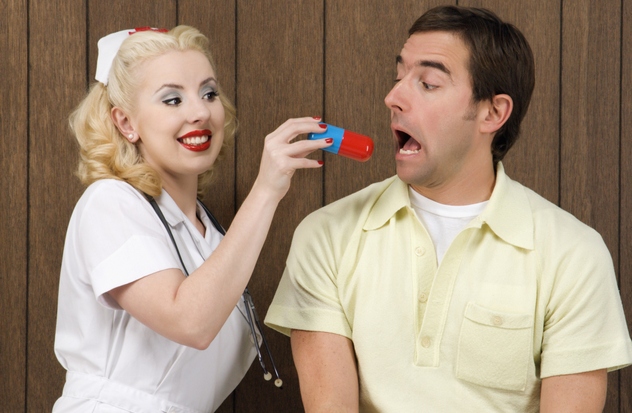 In a more realistic variation of the infamous Milgram obedience experiment, psychiatrist Charles Hofling conducted an obedience study on 22 unsuspecting nurses in 1966. He had one of his colleagues pose as a doctor. The “doctor” ordered the subjects over the phone to administer a fictitious drug called “Astroten”—actually harmless sugar pills—to one of his patients, at twice the normal dosage. Although the nurses were initially assured of the drug’s extreme toxicity, all but one of them followed the order.

In the aftermath, the nurses defended themselves by saying that it was normal procedure for them to follow doctors’ orders given over the phone. What made the findings more intriguing was the fact that during the experiment, another group being interviewed said that they would not follow such an order. According to Hofling, this represented a paradoxical behavior among nurses—a conflict between their professional commitment to their patients and their willingness to follow doctors’ orders. 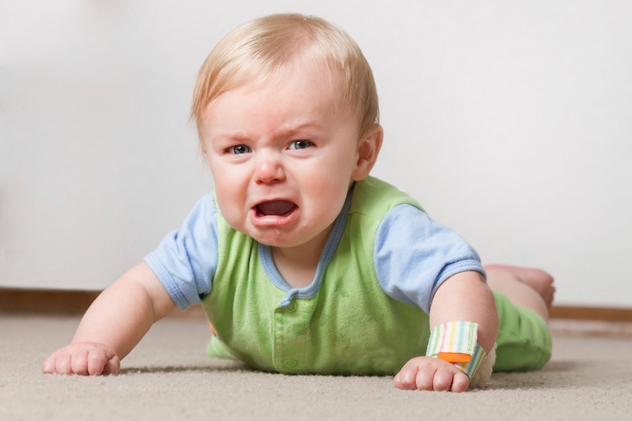 We may think that only adult-sized people display manipulative behavior; as it turns out, so do our little bundles of joy. Japanese psychologist Hiroko Nakayama found that babies will often fake a cry to get their guardian’s attention. Her team observed two babies and found that while both subjects usually cried because they really were upset, there were also instances of manipulative crying. The most telling episode came when one of the babies was 11 months old. The mother reported that her baby cried at first but then immediately smiled and laughed after getting the mother’s attention.

Although this seems like proof of babies’ manipulative nature, Nakayama states that this behavior is actually beneficial. It allows the babies to better interact with their caregivers, which ultimately contributes to their emotional and social growth.

5We Are All A Bunch Of Conformists 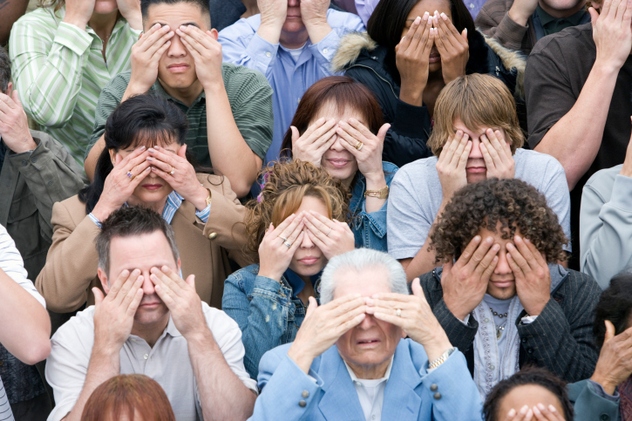 People have bouts of non-conformity every now and then, but the truth is that we are very willing to bend our individuality and principles to fit in with a group—no matter how wrong the group may be. In 1953, American psychologist Solomon Asch demonstrated this in his famous Conformity Experiment. He showed a set of vertical lines to a group of five students and asked them one-by-one which of the lines was longer. Unbeknownst to the fifth student, his fellow participants were actually in league with Asch and were given prior instructions to answer the question wrongly.

Asch repeated his experiments with several groups of students. He found that one-third of them gave the same answer as their peers, even though the answer was clearly wrong. Only few defied the other four students and gave a correct answer. Even then, Asch discovered that those who gave the right answer showed more signs of stress than those who went along with the group.

4We Can Be Blind To Things Right In Front Of Us

Let’s face it, we are all sometimes guilty of inattentional blindness—failing to see the unexpected because our attention is focused elsewhere. In 1999, American psychologists Daniel Simons and Chris Chabris demonstrated this in a humorous fashion with their now-famous Invisible Gorilla Test. The two psychologists asked participants to watch a video of people in white and black shirts passing a basketball to each other. The participants were then asked to count the number of passes each white team member made.

As this was being done, a person in a gorilla costume made his way to the middle of the group, beat his chest, and walked out of view. After the experiment, the psychologists found that half of the participants failed to see the gorilla because they were so engrossed in counting the passes. This experiment has conclusively proven that attention is a vital factor that affects our perceptual and visual fields.

3We Will Lie To Ourselves In Order Maintain Harmony 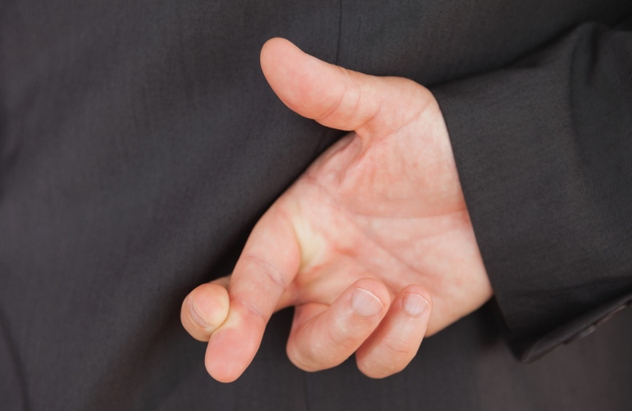 In their landmark 1959 experiment, American psychologists J. Merill Carlsmith and Leon Festinger found that people were willing to lie to themselves in order to eliminate cognitive dissonance—a stressful condition brought on by the clash between an individual’s two opposing beliefs. For the test, Carlsmith and Festinger assigned male university students the boring task of turning pegs continuously for an hour. When a subject’s allotted time was up, he was asked by the psychologists to lie to the next participant (who was really part of the research team) that the task was enjoyable. The students were paid either $1 or $20 to participate.

2People Will Anonymously Invest Their Resources To Bring Each Other Down 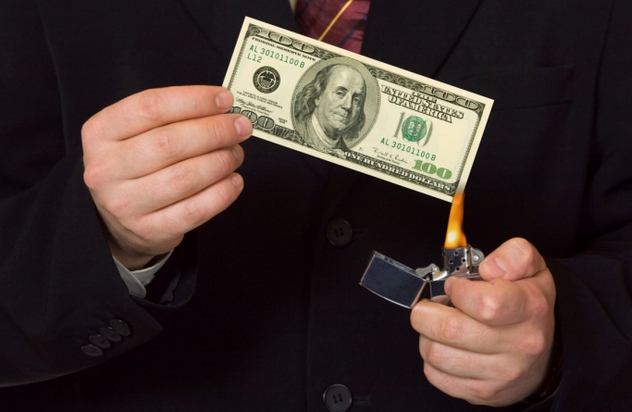 It’s okay to get a little envious once in a while—it’s a normal human emotion, after all. However, a study has found that many would actually dedicate their time and money to see their targets eat dirt—as long as they aren’t found out. Researchers from the Universities of Oxford and Warwick learned this bitter truth after they had 116 participants play against each other in a betting game with real money over a computer. During the experiment, the researchers discovered that two-thirds of the participants willingly gave their money away just to burn their competitors’ winnings. Even when the cost of burning someone’s winnings went up, it still didn’t matter: The participants kept on doing it.

The researchers also noted that while the winners burned at random, those who lost specifically targeted the winners. One of the researchers, Andrew Oswald, speculated that this dark side of human nature may be attributed to status. He explained that people care about their status so much that those in the upper-tier guard it jealously while those at the bottom will do anything to bring them down.

1We Are All Potential Fascists

It’s sad to admit, but there may be a Hitler in all of us waiting to burst out, as proven by this highly controversial 1967 study done in a California high school. In response to a student’s question about how the vast majority of normal German citizens could have abetted Nazism, history teacher Ron Jones turned his class into a mini-fascist state called “The Third Wave”—with the goal of making them realize that even democratic societies can fall prey to the allure of authoritarianism. He initiated strict discipline within the classroom, ordering the students to perform drills and give curt replies.

By the next day, the class already had its own motto and salute, and students were monitoring their ranks for insubordination or non-membership. Soon, students from other classes tried to join The Third Wave as well, arousing the suspicion of the faculty and parents. With his experiment spiraling out of control, Jones decided to terminate it. Under the pretext of an announcement by their national leader, Jones corralled his students into an empty auditorium on the fifth and last day. There, Jones played a video of Hitler during a Nazi rally, instead of the awaited announcement. He then explained to the visibly shocked students that they had essentially become Nazis themselves during the experiment.

Well that was depressing! Restore your faith in the world with a Baby Animals Photo Book at Amazon.com!