Here’s a hypothetical scenario for you: You’re walking along a street, just minding your own business, when suddenly you come across an adorable little kitten. What do you do?

If you’re European, chances are you just shouted “smash its head open!” That’s right: While we tend to see the old continent as a bastion of tolerance and sophistication, the truth is that Europeans harbor a secret hatred for animals so deep it borders on the pathological. Don’t believe us? Then how do you explain the following “traditions”? 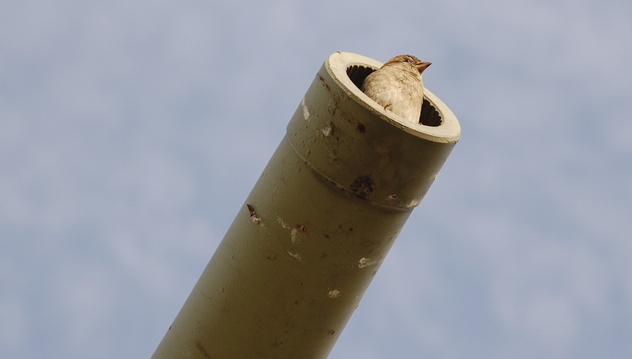 Quick: What’s the difference between a quail and a cannonball? If you answered anything other “there’s a difference?”—congratulations: You’re more observant than the residents of Valencia, Spain.

Every year, ordinary people living on Spain’s Mediterranean coast gather up armfuls of quail, load them into a cannon, and blast them into the sky. As the icing on this gigantic cake of indignity, they then shoot at them with shotguns, blowing the already bruised-and-battered babies into tiny little pieces. And no, that’s not a typo: We mean “babies.” According to Der Spiegel, the average age of these pint-sized cannonballs is only “a few weeks old.” And this isn’t just some fringe sport played by one or two nutjobs. There are whole clubs dedicated to quail catapulting, and hundreds of people turn up to watch each match. Because nothing says “good time” like fluffy little babies being blown to bits, right?

Read hundreds of other bizarre lists with The Ultimate Book of Bizarre Lists at Amazon.com!

Krakelingen and Tonnekensbrand, end-of-winter bread and fire feast at Geraardsbergen

A small town of barely over 30,000 people, Geraardsbergen in Belgium is the sort of place no one would have ever heard of were it not for their annual Krakelingen festival. Essentially a parade just like any other, Krakelingen has one important difference. After all the marching and singing is done with, the townspeople gather together at the bottom of a nearby hill to watch their mayor swallow live fish.

Allegedly dating back to 1393—although more reliable sources claim 1600—the tradition involves first submerging the tiny fish in a goblet of wine, before knocking it back in one go. According to Flemish animal rights experts, this is kind of “like a human being thrown into a container filled with toxic waste” (and then presumably eaten by a giant). If you think that’s bad, it used to be even worse. Prior to a 2001 court ruling, roughly the entire population of Geraardsbergen used to swallow at least one fish during Krakelingen. Now it’s just the mayor and a handful of his buddies with fantastic beards.

In most countries, manly men like to show off their testosterone by taming wild horses. In Spain, they wrestle them.

Every year, the citizens of Galicia get liquored up, climb into the nearby mountains, and drunkenly chase hundreds of the region’s wild horses down into the town, where they then fight and shave them. No, we can’t believe we just wrote that, either.

According to locals, this “Rapa das Bestas” tradition stretches back over 400 years and was originally intended as a way of keeping track of the horses, as well as improving their hygiene. Then at some point booze got involved, and the whole thing descended into a sort of annual anarchic mess—one that continues to this very day. Despite protests from a number of animal welfare groups, the Rapa is still going strong. In fact, according to the Spanish government’s official tourism site, all this negative publicity is only ensuring a wider audience.

Twice a year, the residents of Siena, Italy gather together for a little event known as the “Palio.” And while that may sound innocuous enough, a more accurate name might be “the deadliest horse race in history.”

A 90-second sprint around a tiny, tiny track jam-packed with cheering tourists, the Palio is infamous for its mortality rate. According to Italy’s animal protection association, the twice-yearly course has killed 49 horses since 1970—which works out to about one horse killed for every two and a half minutes of racing. Although this in itself is mind-boggling, it’s got nothing on some of the behavior surrounding the race. Right up until 2009, it was totally legal for the jockeys to ride their horse as drunk as a skunk, which probably didn’t help with that whole “mortality rate” thing we mentioned earlier.

However, things have improved. In 2011, the Italian government declined to include the race on its list of official cultural heritage events, specifically to acknowledge the furor all these horse deaths were causing—not that this has stopped the race from going ahead or further fatalities from happening. 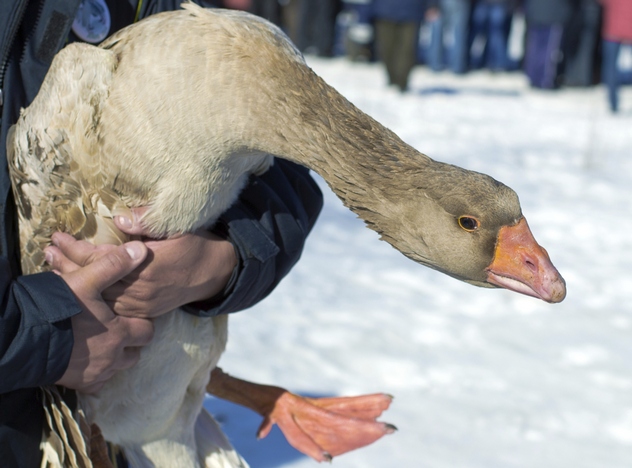 Along with horses, quail, and bulls, it turns out there’s another animal the Spanish really hate: geese. At least, that’s the case in Lekeitio. For 350 years, residents of this tiny Basque town have celebrated their patron saint’s festival by stringing a goose up over the harbor and having people pull at its neck until its head comes off.

Bizarrely, no one really knows who started this tradition or why. All we know is that, at some point in the past, the residents of the Basque region decided to kill a goose every year in the most horrific way possible. Or at least, that used to be the case. Luckily for animal lovers, changes to the law mean the bird is now killed before it’s decapitated; this may be undignified, but at least it doesn’t sound like the setup to an Eli Roth movie. As a bizarre postscript, the townsfolk now also cover the dead goose in grease before hanging it up—meaning the whole decapitation thing now takes roughly forever.

5Stuffing Ferrets Down Your Pants
England

What’s the most revolting thing you can imagine happening to you? Unless you’ve been spending too long on gore sites, you’d be hard pressed to imagine a fate worse than that awaiting the participants of “ferret legging.” A “sport” that originated in England’s rough and tough Yorkshire, it involves a very hungry live ferret being stuffed down a man’s pants and kept trapped there for up to five and a half hours.

According to the Telegraph, the tradition started as a way for manly coal miners to show how manly they were “by doing something that no sane person would dream of doing.” At some point it evolved into a popular pastime, until the UK’s 2006 Animal Welfare Act put it on dicey legal ground. That hasn’t deterred some from keeping the old ways alive, although judging by articles like this one, it’s hard to tell who suffers most: the ferret, or the lunatic who put him down there.

4Throwing A Goat Off A Building
Spain 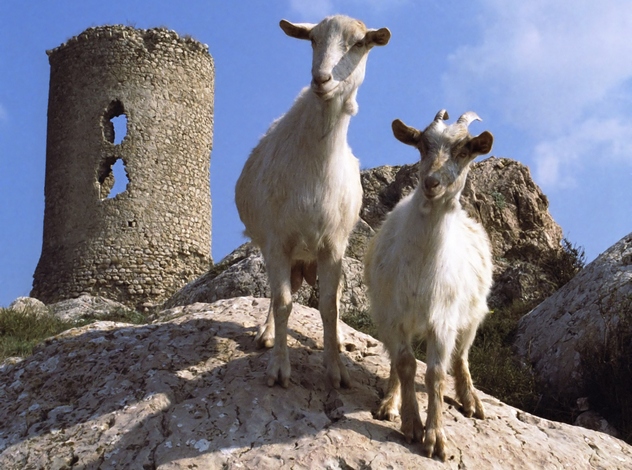 Look, we honestly don’t intend to single out any one country, but the mere existence of Spain kind of makes it hard to do otherwise. Not content with routinely killing more animals than Ernest Hemingway in a steroid rage, the citizens of Iberia’s biggest nation love to traumatize them, too. Hence the existence of the San Vicente de Martir festival: a celebration where, for many years, the villagers of Manganeses de la Polvorosa gathered to throw a goat out of a tower.

Unlike some of the other examples here, goat throwing never had much legitimacy as a tradition. Although locals claim it dates back over 200 years, a report by the BBC suggested it could have started as recently as 1978—although “why” is another issue altogether. On the plus side, it’s no longer around. In 2002, the Spanish courts decided this particular tradition was even more illegal than the country’s other blood sports and banned it outright. Today, die-hard fans have to content themselves with throwing a stuffed toy. 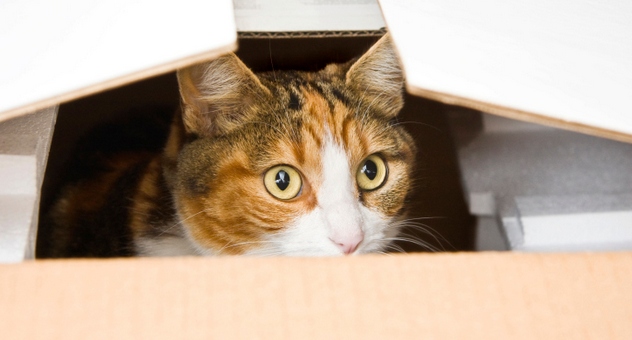 Ever hear the expression “madder than a sackful of cats”? Well, in certain parts of Germany it’s more than just a figure of speech: It’s part of an ancient tradition.

Known as “tomcat poking,” this particular “sport” used to be popular in swathes of the rural East, although it’d be hard to find anyone playing it now. And with good reason: Tomcat poking involves nothing more than sticking a cat in a sack, then sticking the sack in a box, then hitting the box with sticks until the cat starts screaming.

According to Der Spiegel, the custom originated way back in the Middle Ages as a kind of party game for lunatics, because even animal cruelty can be fun when the alternative is sitting around waiting to die of the plague. Although it was made super illegal a while back, and even ardent traditionalists aren’t exactly lining up to defend it, there are still isolated cases. In 2004, residents of the tiny town of Wiednitz were cautioned for playing the game at a local bachelor party, of all places. 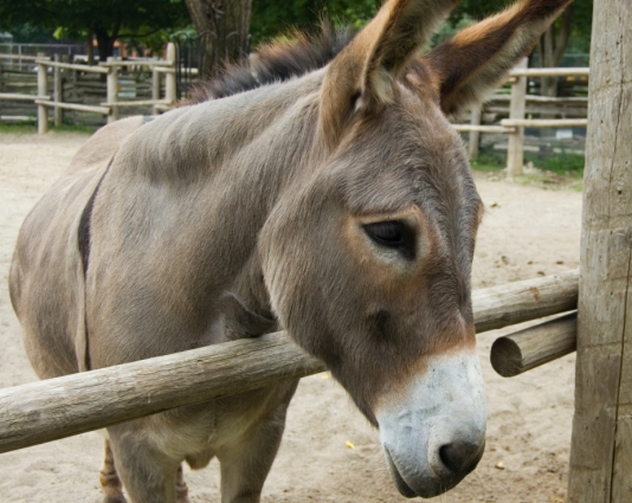 The origins of Pero Palo in Spain are almost as dark as the festival itself. Some years ago, a rapist who had been terrifying the community of Villanueva de la Vera was captured, tied to a donkey, and paraded round the streets, then led outside the village and executed. Today, villagers reenact this unknown rapist’s last ride every year, with one major difference. Nowadays, it’s the donkey who suffers.

Caution: The video contains scenes of violence and animal cruelty.

We all know that the Spanish have a strange relationship with bulls; one that frequently involves killing them while dressed in ridiculous outfits. But the residents of the tiny village of Medinaceli take things further than simple bullfighting or even bull lancing. Instead, every year, they lather a bull up with tar and proceed to set fire to its face.

Yes: its actual, honest-to-God face. Known as the “Toro Jubilo,” the event involves setting the bull alight, then releasing it to charge freely around the town square, crashing into walls and terrifying anyone with a phobia of either bulls, fire, or ungodly combinations of the two. According to animal rights groups like PETA (admittedly not the most unbiased source), this can go on for hours and usually leaves the bull disfigured and blinded. On the other hand, supporters of the practice claim it’s all superficial and the bull rarely suffers lasting damage. Whatever the truth, it’s not something we’d personally be willing to try out anytime soon.

Need something heartwarming after this list? Get Unlikely Loves: 43 Heartwarming True Stories from the Animal Kingdom at Amazon.com!