Being original is hard, and sometimes, being first doesn’t even matter. Some of our favorite books and films share a little too much in common with their less-successful predecessors. 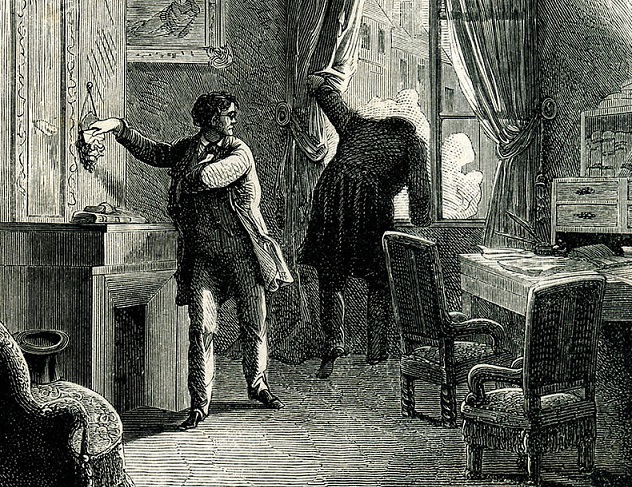 Sherlock Holmes is perhaps the most beloved fictional detective of all time, but Sir Arthur Conan Doyle was inspired by a strikingly similar character. C. Auguste Dupin was a French genius created by Edgar Allan Poe who shares Holmes’s predilection for consulting with the police on crimes. Dupin’s methods are extremely similar to Holmes’s as well, and any Holmes fan would be familiar with the layout of a Dupin story, all of which are narrated by an unnamed Watson-like sidekick.

Poe more or less invented the detective mystery genre with Dupin, so it’s understandable that Doyle drew inspiration from these stories, but he went much further than that. Doyle all but rewrote the most popular Dupin story, “The Purloined Letter,” not once but three times. “The Purloined Letter” is the tale of a cabinet minister who attempts to blackmail a royal woman with a stolen letter, and it’s Dupin’s job to locate it. Doyle would use this idea in his Holmes stories “The Adventure of the Naval Treaty,” “A Scandal in Bohemia,” and “The Second Stain.” Dupin is even mentioned by name in A Study in Scarlet, the first Sherlock Holmes novel.

9The Lord Of The Rings 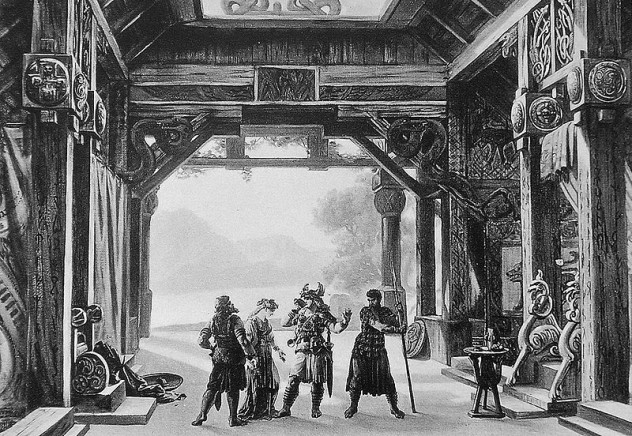 Tolkien denied them, but it’s hard to ignore the similarities between his masterpiece epic, The Lord of the Rings, and a lesser-known German play called Der Ring des Nibelungen (“The Ring of Nibelung,” also called “The Ring Cycle”) by Richard Wagner. The play, which premiered in 1869, revolves around Norse and German mythology, while The Lord of the Rings takes place in Tolkien’s own mythological world of Middle-earth, but that’s about where the differences end.

Tolkien has been famously quoted as saying, “Both rings were round, and there the resemblance ceases,” but he had to realize that wasn’t true. For example, both titular rings grant their wielder great power and invisibility, drive him or her mad, and have been taken after the defeat of their original owners. Though the works follow different storylines, they both include family members murdering each other over the ring, the reforging of an important broken sword, and an immortal losing immortality.

Kimba the white Lion vs The Lion King

The Lion King is considered by many to be Disney’s greatest film, but it’s also commonly criticized as derivative. For a long time, The Lion King has been regarded as a modern retelling of Shakespeare’s Hamlet, with which it shares strikingly similar plot details.

A much more controversial accusation is that the creators of The Lion King plagiarized a Japanese manga and anime story called Kimba the White Lion by Osamu Tezuka. The storylines and artistic styles are different, and the respective African and Japanese influences are apparent, but the two do share a striking number of visual and conceptual similarities. Ghost-cloud fathers, hyena henchmen, and even elaborate sequences in which all the animals of the savannah acknowledge the birth of lion cubs are featured in both stories.

Even before Hamlet, Kimba, or The Lion King, there was already a popular lion king epic in Mali, a formerly powerful country in West Africa. Mali’s founder, the “Lion King” Sundiata, was forced into exile before returning to reclaim his throne.

8A Fistful Of Dollars

Yojimbo re-dubbed with A Fistful of Dollars Score

The Man With No Name is one of the most enduring cinematic characters of all time. Variously called Joe, Manco, and Blondie, he appears in Sergio Leone’s Dollars Trilogy, a series of loosely connected spaghetti westerns that launched Clint Eastwood from small-time nobody to stardom.

The final movie in the trilogy—The Good, the Bad, and the Ugly—is widely renowned, but it would never have been made if the first film in the trilogy, 1964’s A Fistful of Dollars, hadn’t been lifted wholesale from a Japanese film called Yojimbo that was released three years earlier. A Fistul of Dollars is nearly scene-for-scene reshoot of the samurai epic. Many camera angles were copied, and the overall storylines are incredibly similar. The theft was so obvious that the production company behind Yojimbo, Akira Kurosawa’s Toho Company, won a lawsuit against Leone. 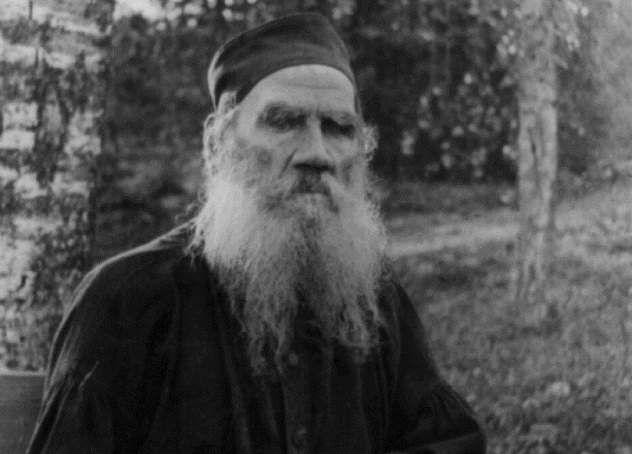 If there’s one tale that really stands out in Stephen King’s body of work, it’s Rita Hayworth and Shawshank Redemption, later shortened to The Shawshank Redemption for the acclaimed film adaptation. Featured in the Different Seasons anthology, the novella lacks King’s usual supernatural horror elements, which is likely because it’s not really a King story.

Rita Hayworth and the Shawshank Redemption shares a suspicious number of elements with Leo Tolstoy’s short story, “God Sees the Truth But Waits.” In Tolstoy’s story, a man named Aksionov is framed for a murder he didn’t commit. He is jailed for 26 years, and during that time, he meets another prisoner named Makar Semyonich, who is building a tunnel. Semyonich turns out to be the murderer, and when Aksionov refuses to tattle about the tunnel, Semyonich confesses his crime. Askionov dies before the plan to free him reaches fruition.

Eragon is the first book in the Inheritance Cycle series by Christopher Paolini. Many readers noted that it had numerous plot points in common with the first Star Wars film, with some Lord of the Rings thrown in for good measure.

Eragon is a farm boy living with his uncle, removed from the ongoing conflict between a large, menacing empire and a group of rebels. One day, Eragon finds a dragon’s egg that was sent to his village by a princess, leading to the death of his uncle and destruction of his home. Eragon flees his village with an elderly “dragon rider” named Brom, unaware that he himself possesses the same supernatural powers. Brom trains Eragon along with his new dragon, Saphira. Eragon eventually decides to rescue the rebel princess, Arya, a journey that costs Brom his life. Arya, Eragon, Saphira, and a rogue named Murtagh then defend the rebel base from an imperial attack. Switch around a few events, plug in a few names, and you more or less have the plot of A New Hope.

Just as with Eragon and A New Hope, changing a few names and the order of events instantly transforms James Cameron’s Avatar into Disney’s Pocahontas. In Avatar, Jake Sully arrives in the world of Pandora to join a large-scale unobtainium mining operation, much like the colonists in Pocahontas arrive looking for gold. It isn’t long before Sully meets Neytiri, a chief’s daughter who has been arranged to marry a powerful warrior she doesn’t love. As Neytiri teaches Jake about respecting nature and the culture of her people, they fall in love. When Jake is sentenced to death, his execution is interrupted by a battle between the humans and the native people of Pandora. In the end, they make peace.

Fans have also accused Cameron of plagiarizing FernGully: The Last Rainforest and Dances With Wolves. In fact, Cameron has admitted to drawing upon the latter as well as a film called At Play in the Fields of the Lord.

George Lucas has openly admitted that the many parallels between the Star Wars universe and a 1958 Japanese film by Akira Kurosawa set in feudal Japan called The Hidden Fortress are no coincidence. The storylines are only vaguely similar, but a great deal of the cinematography featured in the Kurosawa film found its way into Star Wars, such as the iconic screen-wiping during scene transitions. George Lucas even considered Toshiro Mifune, who starred in The Hidden Fortress, for the part of Obi-Wan Kenobi.

The most obvious parallel between the two films is the use of lowly, traditionally unimportant characters to significantly impact the plot. In The Hidden Fortress, two peasants accompany a princess and a general on their journey home in the midst of a war. These “peasants” show up in the Star Wars films as robots R2-D2 and C3P0.

Suzanne Collins’s The Hunger Games, the first installment of a trilogy by the same name, became a runaway success in 2008, eventually becoming the basis of an even more successful film franchise. But some readers noted similarities between The Hunger Games and a 1999 novel by Koushun Takami called Battle Royale. Both books are set in the future and involve tyrannical governments forcing children and teenagers who are chosen by lottery to fight to the death in a jungle setting. Even many of the smaller plot points, such as romantic relationships that form during the competition and survive to the end, are similar.

The film version of Battle Royale that was released in 2000 differed from the book in many ways, such as the program that is more or less kept secret in the book being surrounded by fanfare in the film. These changes, which are also present in The Hunger Games, have earned Collins accusations of ripping off both media. 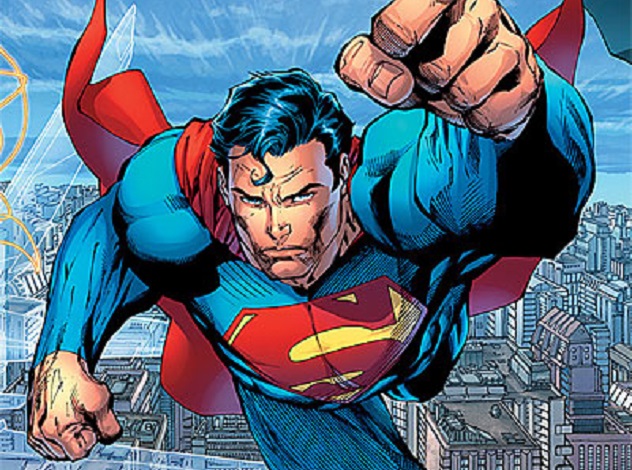 Captain Marvel isn’t as popular as some of the superheroes that have recently made it to the big screen, but he still has plenty of fans. He was also shamelessly designed as a Superman rip-off. Fawcett Comics owner Roscoe Fawcett is quoted as saying, “Give me a Superman, only have his other identity be a 10- or 12-year-old boy instead of a man.”

The physical similarities and superpowers shared by the characters actually spurred DC Comics to sue Fawcett over copyright infringement in 1950. DC might not have been able to win today, as saturated as the superhero market is, but back then, the similarities were obvious. It was ruled that Fawcett was no longer allowed to use the Captain Marvel character. In 1972, DC licensed the character, but since Marvel Comics had trademarked the name, DC rebranded him as Shazam.

Garcia has also contributed to KnowledgeNuts.