An image that has a specific meaning today needn’t have always symbolized the same thing. Many symbols have existed for centuries, so their connotations evolved significantly over time. Conversely, other symbols simply fade away into obscurity until they are brought back with a different meaning entirely.

10The Star Of David 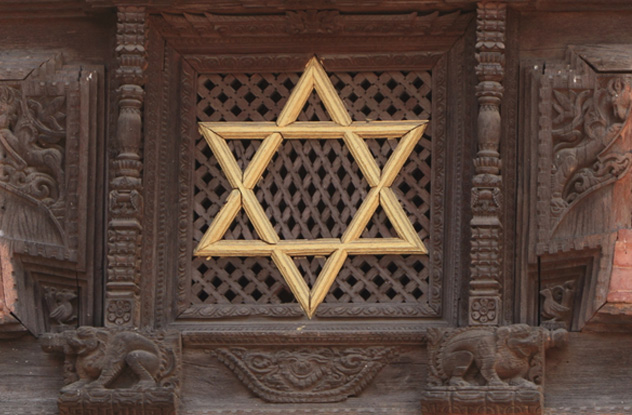 The Star of David is the most identifiable symbol of Judaism. However, unlike items such as the menorah or the shofar, the star is not uniquely Jewish. Before it was a Jewish symbol, it also appeared in Buddhism, Hinduism, and Jainism. It appears that Hinduism has used the star the longest; for Hindus, it represents the Anahata, the fourth primary chakra, an energy point of the body.

It is not known if these symbols share a common origin or, more likely, were conceived by multiple people independently of each other due to the design’s basic nature. It’s a simple hexagram, a shape where equilateral triangles interlock into a six-pointed star with a hexagon in the middle.

Even though its use by the Jewish people dates back centuries, it was not officially adopted as a symbol until 1897. 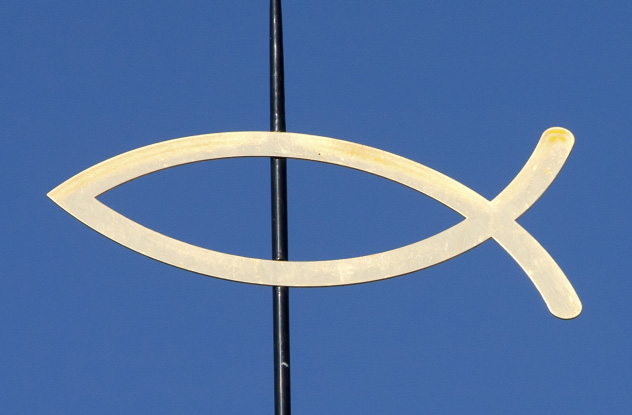 Most people recognize the ichthys, although possibly not by name. The “Jesus Fish” is a common, strong Christian symbol. You’ll often find it on bumper stickers and similar items, which is appropriate considering its history. Back when Christians were persecuted by the Romans, they would often use the ichthys as a secret symbol to identify one another as Christian. Supposedly, when two strangers were meeting for the first time, one of them would draw the symbol’s first arc. The other person, if Christian, would know to draw the second one.

However, various pagan cultures used the symbol before Christianity even existed. It took on many different meanings, most prominently an association with fertility. The symbol belonged to the “Great Mother,” and some say that the shape symbolized her womb.

For Christianity, the fish actually disappeared from common use after the rise of the early church. It only became popular again a few decades ago thanks to parodies, such as the “Darwin fish,” which has legs. 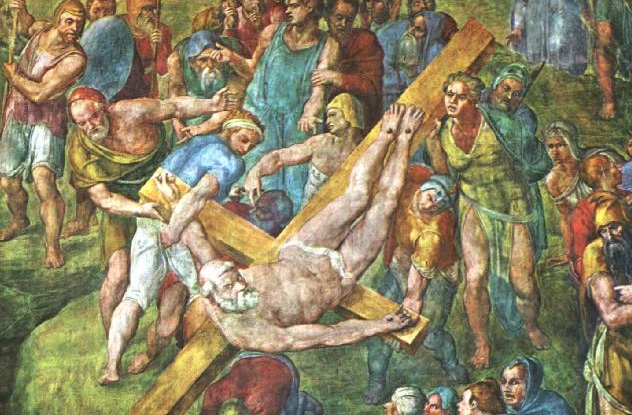 It’s also known as the Cross of St. Peter. When Peter was crucified, he felt that he was unworthy to die the same way as Jesus Christ. He asked to be crucified upside down. After that, the Petrine cross became a symbol of humility. You can still find the inverted cross on various churches, which doesn’t imply that people worship Satan there.

The inverted cross has only recently been used as an anti-Christian symbol. It was featured in horror movies such as The Exorcist and Rosemary’s Baby, and it was also incorporated into the punk and heavy metal movements, where it connotes antiauthoritarianism.

7The Skull And Crossbones 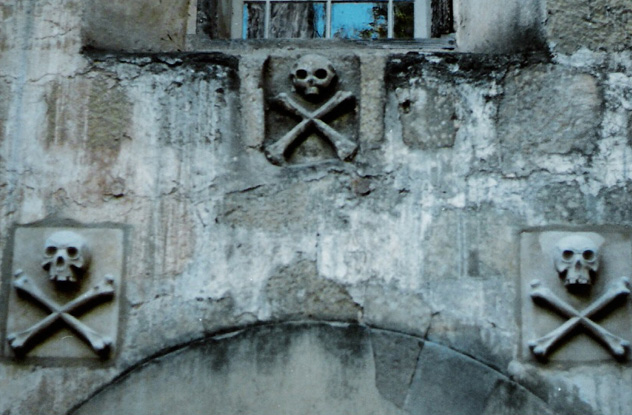 This symbol has two well-established meanings that most of us know today. First, the modern meaning: poison. The symbol is placed on chemicals and other harmful substances so people know not to drink them. The other symbol is a historical one—that of pirates. The Jolly Roger, the flag of the pirates, is usually depicted with a skull and crossbones on it, even though most pirates actually had their own personal design.

However, the Spanish earlier used the symbol to label cemeteries. Today, you can still find old churches and missions with the skull and crossbones on them. In fact, pirates adopted the symbol because it was already so known and feared for its association with graveyards. 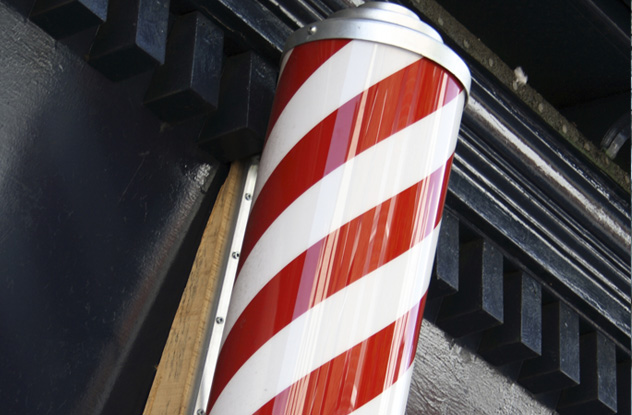 The traditional design of the barber pole is a helix of red and white colored stripes. The red stripe is meant to symbolize blood—specifically, bloody bandages.

For much of history, barbers were expected to do a lot more than just cut hair and shave beards. Many were also surgeons, and their number one procedure was bloodletting. People thought they could relieve themselves of sickness by bleeding the illness away, and the technique was just as messy as you might imagine.

The barbers sopped up the blood with clean bandages or towels. Afterward, they’d often hang the bandages outside as a form of advertisement. If it was windy outside, the bandages would wrap themselves around a pole, and that’s how we got the symbol. 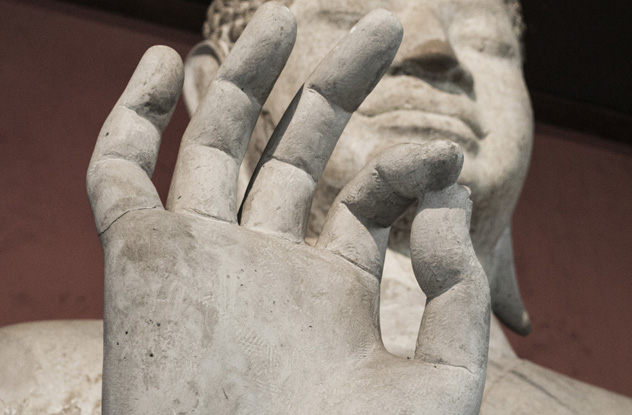 For most Americans, the above hand signal says “okay,” meaning “I’m all right” or “I agree.” However, you should avoid using this gesture abroad because very few other countries view this sign positively.

In most other countries, it won’t mean anything. In many European countries, the symbol is offensive because it indicates that the person it’s directed at is a “zero.” Even worse, in several Mediterranean and South American countries, the sign is a symbol for the anus.

Even so, the gesture does have another positive connotation and a very old one at that. It is a mudra—a ritual gesture in Buddhism and Hinduism. Specifically, it’s the Vitarka mudra, which literally translates to “mudra of discussion.” The sign symbolizes teaching and reason. Many Buddhist artifacts, old and new, depict the Lord Buddha making this sign. 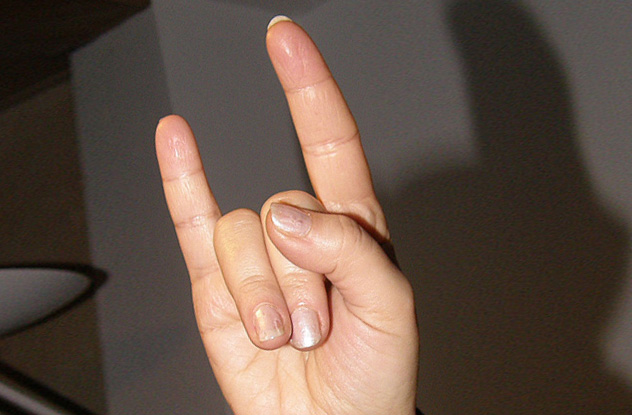 Nowadays, the devil horns are a staple at any heavy metal concert, and they’ve been that way for decades. Ronnie James Dio popularized the use in relation to metal. It wouldn’t be surprising to find out that such a gesture goes back centuries, but you might expect it to be satanic in some way. Actually, it’s quite the opposite.

The sign is beneficial—it is a superstitious gesture originally named the “Corna.” Ronnie knew the true meaning of the symbol, which he’d learned from his grandmother.

Like the okay symbol, the devil horns represent an ancient mudra—karana, or “gesture of banishing,” used to ward off evil. Also like the okay symbol, you will want to be careful to whom you direct this gesture, because it has taken on an unconnected vulgar meaning. If you go to countries in the Baltics and point the devil horns at someone, you are telling them that you engaged in intercourse with their spouse. 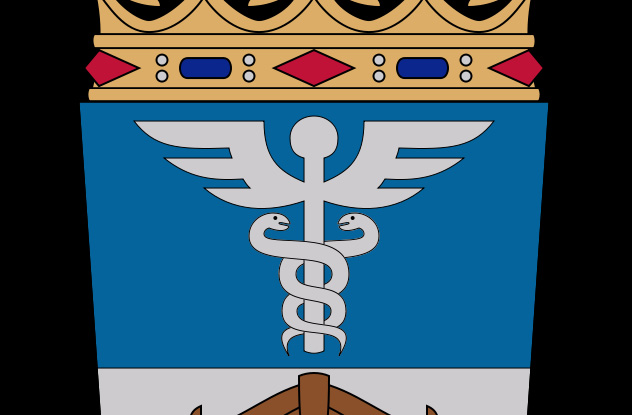 The caduceus, also known as the staff of Hermes, is frequently used by medical or healthcare organizations. It is pictured as a staff with wings and two snakes coiled around it. However, whenever you see this, you’re looking at a mistake.

The staff of Hermes, in medical contexts, is being confused with the rod of Asclepius, a staff with no wings and just one coiled snake. Asclepius was the ancient Greek god of medicine and healing, so it makes sense for his symbol to be used for healthcare.

Blame the US Army Medical Corps. It chose the staff of Hermes as its insignia over 100 years ago, based on the decision of a single officer who mixed the two staffs up. Because of this, the new meaning for the caduceus is mostly prevalent throughout North America. In other parts of the world, the caduceus is more frequently used as a symbol for commerce since Hermes was the patron of tradesmen and merchants. 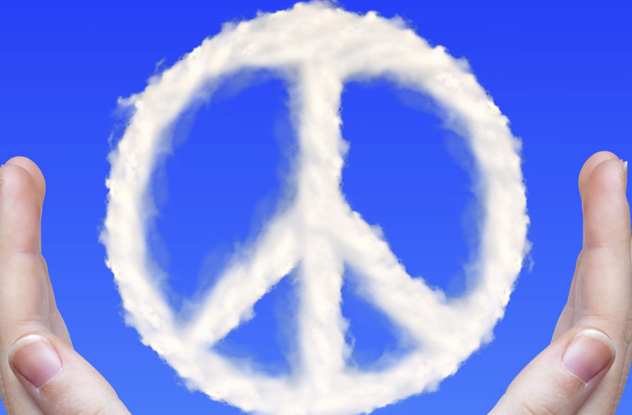 Most of us firmly associated this symbol with the counterculture and hippie movement of the 1960s. Unlike the other symbols on this list, the peace symbol has no ancient origins. But the man who designed it, Gerald Holtom, created it for a specific, now-forgotten message: British nuclear disarmament.

According to Holtom himself, the drawing represents a man—himself, actually. He is in deep despair with hands “outstretched outwards and downwards in the manner of Goya’s peasant before the firing squad.” He came up with it by combining the semaphore letters for N and D, for “nuclear disarmament.” Afterward, he stylized it using a few lines, drew a circle around it, and the job was done.

The symbol remained popular through the decades because Holtom never copyrighted it. It became a way to symbolize freedom and eventually came to stand for peace.

There have been attempts to associate the symbol with older and darker origins, such as satanic broken crosses or Nazi insignia, but these similarities are coincidental. 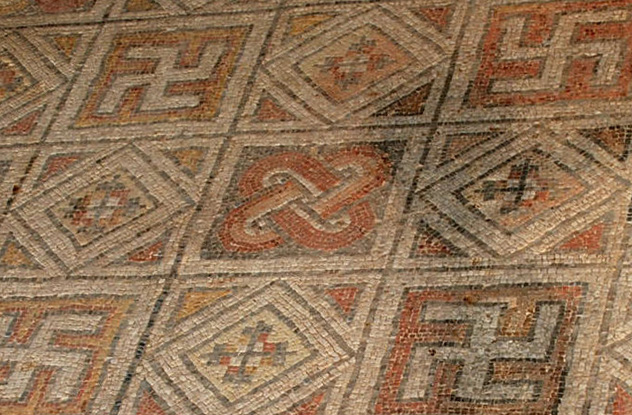 Many people in Western nations have trouble associating the swastika with anything but the Nazis. This is a shame, as the swastika (also known as a gammadion cross) is truly a universal symbol and one of the most ancient ones in the world. It has been featured in old religions such as Buddhism, Hinduism, and Jainism and was used by ancient civilizations such as the Greeks, Egyptians, Romans, and Celts. It even appears on ancient pottery that predates recorded history.

In modern times, the swastika enjoyed a variety of uses before its association with the Nazi movement. It’s been used by everything from an old laundry in Ireland to Danish brewer Carlsberg and even the Finnish and Latvian Air Force.

Radu is a history and science nerd who writes for GeeKiez when he isn’t writing for Listverse. You can say hi to him on Twitter.

10 Musicians Who Made The Most Of Their Disabilities