Even animal families have their black sheep, those individuals who just can’t play by society’s rules. Some of these critters got away with their questionable behavior. One turned state’s evidence. The rest fought the law, and the law won. 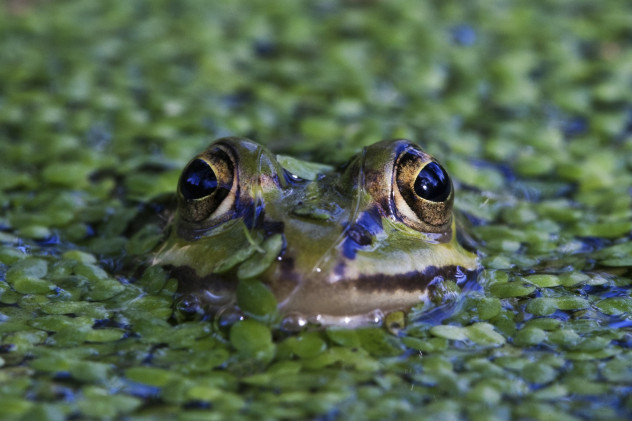 An irate man called the Crawley Borough Council in West Sussex, England, demanding help ridding himself of a frog stalker. The man’s problem was getting the authorities to take this threat seriously. After all, the frog hadn’t made any overtly threatening moves. But his behavior was suspicious.

Apparently, the frog had planted himself at the bottom of the common stairs in the victim’s block of flats, harassing the man by waiting for him. The victim demanded the Borough Council send a pest control unit to remove the frog, but his plea was ignored.

When asked about the situation, a spokesman for the council said, “We advised him it would probably hop off on its own, but he was adamant the frog was harassing him.” The frog’s whereabouts are currently unknown. Our sources couldn’t confirm if the frog stalker remains on the stairs, has hopped off, or has croaked. 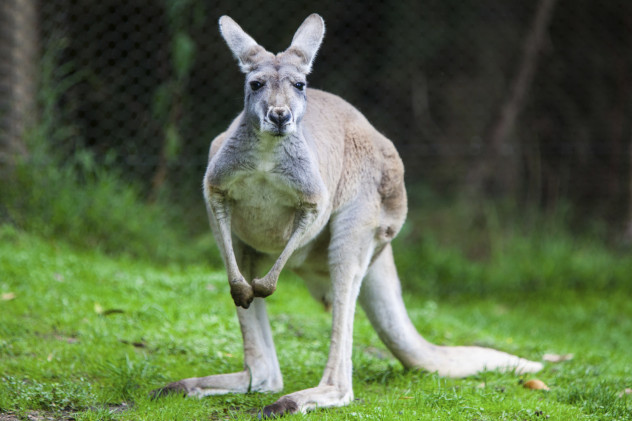 A well-endowed, randy kangaroo was hitting on women between Tennant Creek and the Mary Ann Dam in the Northern Territory of Australia. As one unidentified woman described it, “With his male pride on full alert, he started circling me. There was no doubt about what he wanted, the randy old thing.” But despite her attempts to discourage him, the aroused kangaroo persisted.

A few days later, the randy ‘roo went after another woman, Tanya Wilson, at a local speedway. When a man at the raceway intervened to help her, the kangaroo punched him in the face.

A third incident was reported several weeks later. Natasha Civitarese was in the Tennant Creek area when the kangaroo started hopping after her. He would stop about a meter behind her and rear up on his hind legs, apparently ready to do the deed. Ms. Civitarese just kept running. As far as we know, the kangaroo hasn’t scored with any human females. 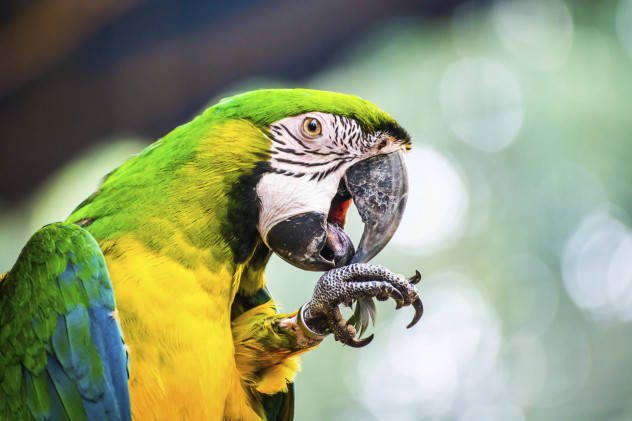 We don’t know if the parrot was drinking, but his companion sure was. The bird didn’t hesitate to turn state’s evidence, singing like a common jailhouse snitch.

It all started when Guillermo Reyes stopped his blue Chevrolet at an alcohol checkpoint in Mexico City. According to the Mexican newspaper El Universal, that’s when Reyes’s pet parrot squealed, “He’s drunk! He’s drunk!” (in Spanish, of course) from inside the car. Mexican police thought it was a human snitch. But when they peered inside the vehicle, they found Reyes’s parrot. Based on the bird’s tip, they gave Reyes a Breathalyzer test which showed he was drunk.

But Reyes couldn’t get mad at his backstabbing bird. In fact, he was worried the bird would die if they were separated. So the police agreed to transport both Reyes and his pet parrot to a cell at El Torito Prison, where they remained together until Reyes sobered up. 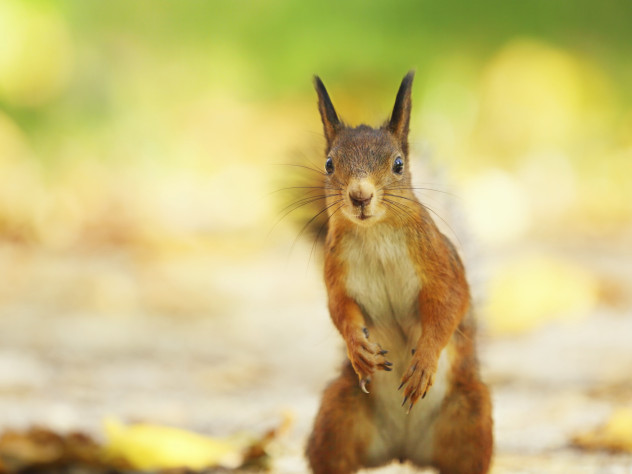 A squirrel ran into a Dollar General Store in Mountain City, Tennessee and caused quite a commotion. When employees couldn’t get him out of the store, they called their local animal control. Unfortunately for the increasingly agitated squirrel, the animal control officer was unavailable. So police officer Jody Putnam responded to the call instead.

Officer Putnam first used pepper spray against the hostile squirrel. The effects of the mace drove everyone but the squirrel and the officer out of the store. As one witness, Carl Duffield, reported, “There were a lot of people that came out and just like me they came out and they were coughing and hacking.”

When the mace didn’t work against the squirrel, the officer shot him. No one’s sure how many times the officer fired, but bystanders outside the store heard the poor squirrel scream. The first person to reenter the store found Officer Putnam with the dead squirrel pinned under his shoe. The officer lost his job over this event, supposedly for refusing to file a written report about firing his weapon. 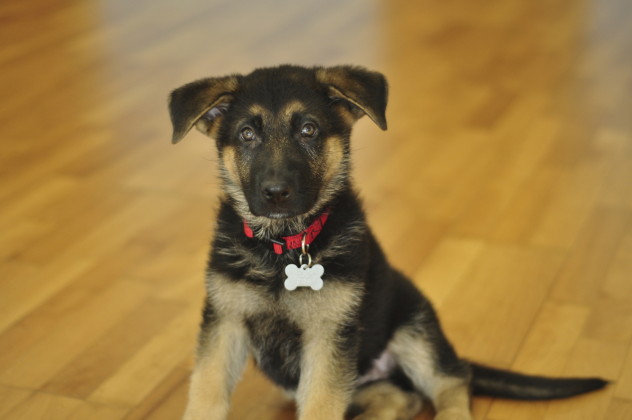 John Costello was carjacked by his 12-week-old German shepherd puppy, Rosie, who was also allegedly driving without a license. The incident began after Costello took this bundle of energy for a walk near Bolivar Pond in Canton, Massachusetts. Getting ready to leave, Costello got into his car and started the engine. As he described the carjacking, “The dog jumped in and hit the gear shift and the car jerked and she fell on top of the gas pedal. It was just scary.”

Then the puppy drove the car right into Bolivar Pond. Even Canton police were astonished by this bold puppy prank. But the perp didn’t surrender easily. As the car landed in the water, Costello jumped out of the vehicle and tried to rescue his dog, but she fled into the back seat. Two bystanders swam out to help Costello save Rosie from the rising water. Finally, Costello nabbed the dog, pulled her out of the car, and they all swam to safety.

Canton police and fire personnel arrived on the scene to lift the car, which was a total loss, out of the water. Canton police tweeted this statement from Rosie, “Perp says she was just going with the flow of traffic.” No charges were filed against this first-time offender. 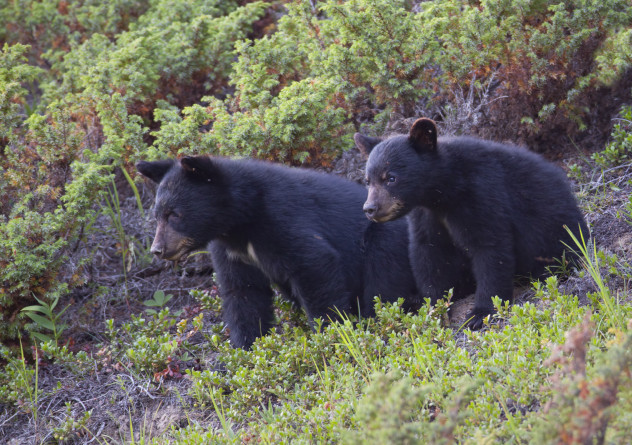 When Royal Canadian Mounted Police raided a marijuana plantation near Christina Lake in British Columbia, the five officers were surprised to see about a dozen black bears guarding the plants. But the policemen quickly realized the bear guards were quite mellow and didn’t pose a threat. As Sergeant Fred Mansveld explained, “They were tame, they just sat around watching. At one point, one of the bears climbed onto the hood of a police car, sat there for a bit, and then jumped off.”

On the farm, the police discovered marijuana crops with a total of around 2,300 plants. They arrested two growers, who were believed to have lured the bears onto their property with dog food. It’s illegal to feed bears in Canada because it encourages bears to enter towns looking for food. So even though the bears were innocent dupes, feeding bears like this could result in a death sentence for them, if they cause trouble and conservation officers dispatch them. 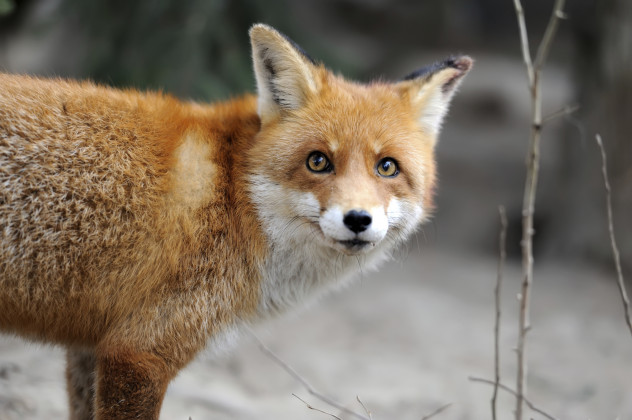 A London man, Anthony Schofield, was literally caught with his pants down when a mangy, little fox attacked him on his toilet. Schofield jumped up and tried to chase the fox away. The fox ran into the living room and attacked Schofield’s 14-year-old cat, which was asleep on a chair. As Schofield tried to save his cat, the fox bit his wrist. Describing the attack, Schofield said, “It bit so hard I couldn’t get it off. It was madly swinging around from my wrist scrambling for the cat. It was wild and incredibly strong. I am not a weak man and I could not for the life of me open its jaw on my wrist.”

Then the fox targeted Schofield’s partner, Tammy Chapple, biting her finger as she tried to rescue the cat. Finally, Schofield was able to carry the fox into his garden and cast it away, but not before fracturing his wrist and suffering bite wounds that were 5 centimeters (2 in) deep. The fox had roamed into Schofield’s flat while Chapple was preparing food in the kitchen. 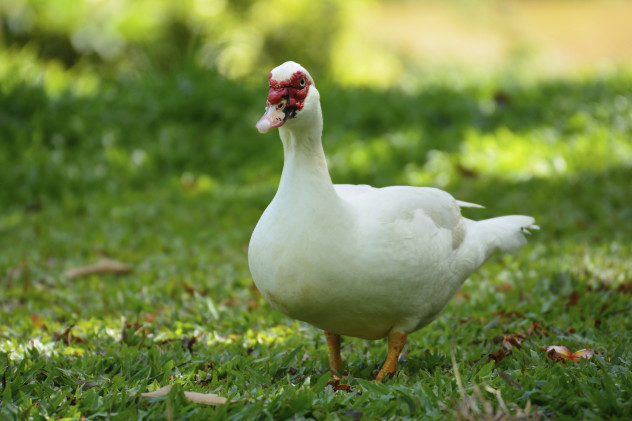 A 91-year-old man, Wilmer Neumann, was strolling with his grandson at Ferry Park in Fort Walton Beach, Florida, when a quacking mad Muscovy duck attacked. There was a female duck nearby, but it was the male duck that flew onto Neumann’s back. The duck rose again but when it came down, it sunk its sharp talon into Neumann’s left calf.

The man and his grandson had been trying to walk past the pair of ducks. As Neumann explained, “I’ve had both knees replaced. I don’t walk fast. It was his way of retaliating, I guess.” Authorities believe the ducks were guarding an unseen nest.

An animal control officer, Terrance Sykes, was dispatched to capture the ducks. It wasn’t an easy task, but he and a backup officer finally got the hissing ducks into cages after two days and numerous failed attempts. As Sykes said, “They’re not just birds. They’re strong. They’ll mess you up.”

The ducks were safely relocated away from the park. Meanwhile, Neumann went to the doctor at least three times for his injuries. But if he could do it all again, Neumann said he’d grab the duck by the neck until the attack was decisively ended in his (Neumann’s) favor. 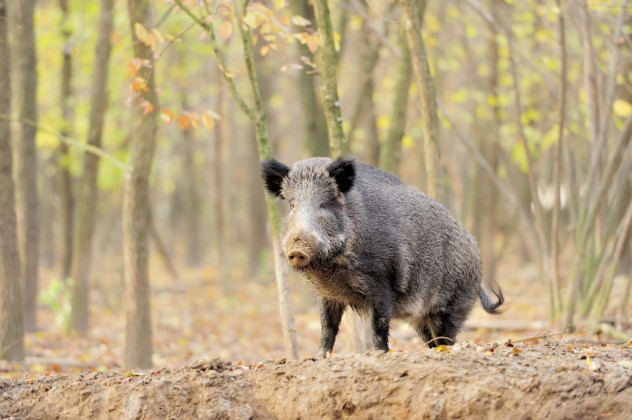 A wild pig stole and drank 18 cans of beer left unattended by campers at the DeGrey River Rest Area in Port Hedland, Western Australia. Then the pickled porker, nicknamed Swino, raided the campsite’s garbage bins and started a fight with a nearby cow. As a camper reported, “There were some other people camped right on the river and they saw him running around their vehicle being chased by a cow. It was going around and around and then it swam across to the middle of the river.” Finally, the pig passed out under a log to sleep it off.

Initially, Australian authorities had trouble locating the fugitive feral pig. But a tragic break in the case came when Swino was found dead after a truck hit him in the northern Pilbara region. Swino was positively identified by the unique markings on his ears. 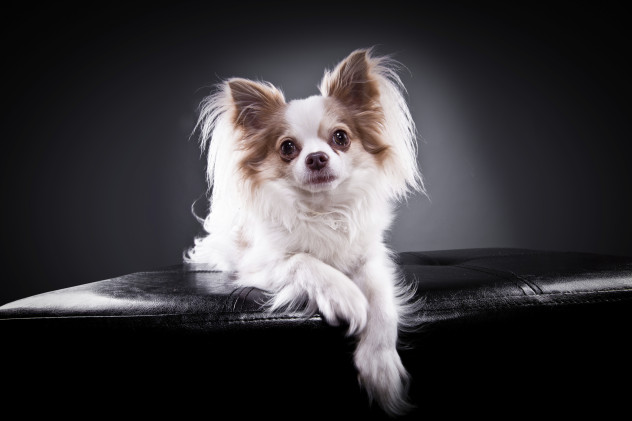 A 39-year-old man from Trumann, Arkansas, woke up one morning to find his dog eating one of his testicles. The small, fluffy, white dog was a stray the man had adopted three weeks earlier because he wanted a loving companion. The man, who is paralyzed from the waist down and sleeps in the nude, was awakened by a burning sensation in his mid-section on the fateful day. The dog was between his legs and had blood on its muzzle and front teeth. Upon further inspection, the man realized the dog had bitten his scrotum and was chomping his testicle.

The man was rushed to St. Bernard’s Regional Hospital for treatment, but it seems unlikely he’ll be fixed. As for the dog, it was initially quarantined and then euthanized. In Arkansas, one strike on a testicle and you’re out, Fluffy. The dog’s remains were sent to the Arkansas Department of Health to be tested for rabies.