Every now and then, a character comes along who is so well realized that they burst out of their original setting and become world-famous. But many of them nearly didn’t make it. These modern icons were one ill-advised move away from being rightly condemned to oblivion.

10The Doctor
A Supervillain 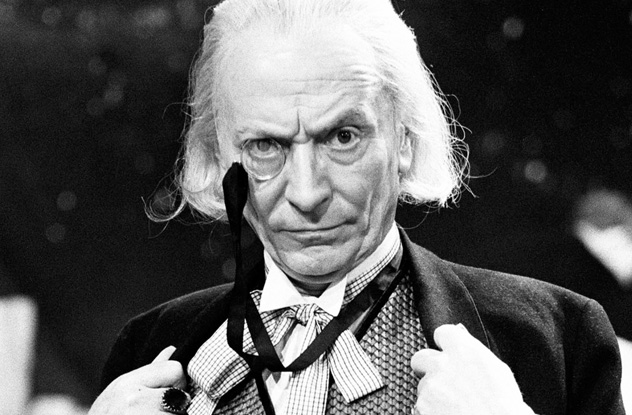 A time-traveling family show centered around the heroic central character, Doctor Who plays as a sort of Superman in space, complete with messianic imagery. Yet back in 1963, Jesus parallels were the last thing on the writers’ minds. Instead, they wanted the Doctor to be a murderous old psychopath intent on destroying the future.

According to the BBC’s original memos, the Doctor was meant to have escaped from his own time in search of somewhere more “perfect.” While that doesn’t sound too bad, his plan upon finding this perfect home was to destroy his original future and everyone in it. An ongoing story arc would involve authorities from his time desperately trying to track him down and defeat his plan. At the same time, the Doctor was intended to be a suspicious, possibly evil character. In the show’s unaired pilot he openly threatens pretty much everyone he comes across.

Luckily for the BBC’s bank balance, this version was eventually rejected as being too callous, and the franchise was reworked into one a good deal more heroic. 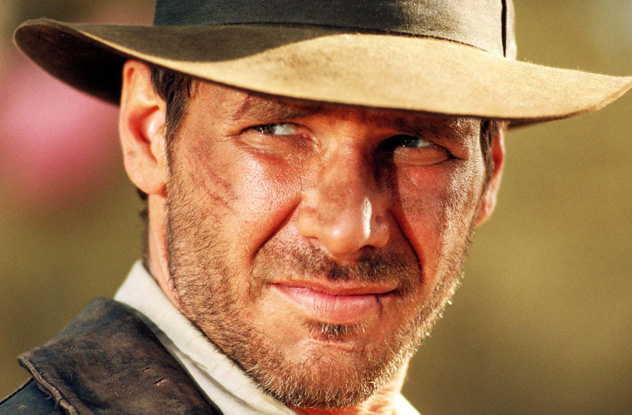 Part of Indiana Jones’s appeal has always been that he’s a vaguely amoral antihero who doesn’t always do the right thing. But there’s a world of difference between rooting for a character who doesn’t mind bending the rules and rooting for one who has sex with children.

Early in the writing process for Raiders of the Lost Ark, George Lucas, Steven Spielberg, and writer Lawrence Kasdan were exchanging ideas about Indy’s love interest Marion. Lucas suggested that she and Indiana should have had an affair a decade before the events of the film, when she was only 11 years old.

The other two men didn’t seem keen on this idea. Kasdan commented on the large age difference between the two characters. Spielberg insisted that she should be older, but Lucas said the plot would be “not interesting” if she were aged 16 or more. Later in the conversation, Spielberg suggested that promiscuous young Marion be the seducer, perhaps in an attempt to absolve Indy of blame.

In the final cut, the two did have an affair a decade before the film’s action. Marion was 17, and Indy was 27.

8Luke Skywalker
The Next Darth Vader 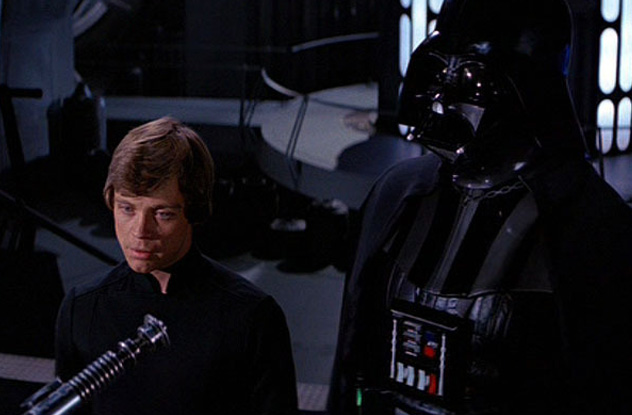 Star Wars is infamous for the number of rewrites its initial concepts suffered. For example, the earliest sketches had Luke as a general and Anakin as a bullied fat kid. But none of this compares to Lucas’s proposed ending for Return of the Jedi. Despite having planted the seeds for an epic tale of redemption and good triumphing over evil, Lucas originally wanted to end his trilogy with Luke turning evil and destroying the Rebel fleet.

Jedi would play out mostly like the version we all saw. The Emperor would die, and Darth Vader would sacrifice himself, but then would come one big twist. After Darth Vader expires, Luke would pick up his helmet, put it on, and announce, “Now I am Vader.” Then he’d kill all his friends’ spaceships and become the evil master of the galaxy.

Although co-writer Lawrence Kasdan thought this was the route they should take, Lucas himself eventually nixed his own idea because the film was meant to be “for kids.” 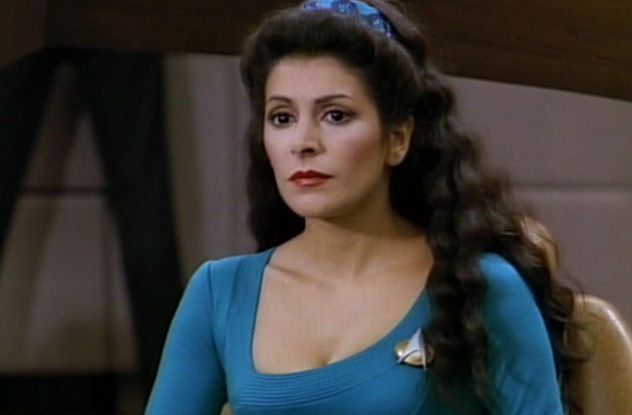 Originally a slice of brainless eye candy, Deanna Troi from Star Trek: The Next Generation gradually transformed into an intelligent, empathetic heroine capable of piloting the Enterprise. Yet, had Gene Roddenberry gotten his way, this transformation would have been a bit more difficult. Having decided on including a sexy, exotic woman among the crew, he figured he should also give her additional breasts.

The exact number of breasts for this version of Troi varies in reports between three and four. But however you look at it, it would have marked her character out as one thing and one thing only: a perverse fantasy. Just as no one remembers anything else about the triple-breasted hooker in Total Recall, no Next Generation fans would now think of Troi as anything but a sex object.

Aside from condemning the character to be permanently one-dimensional, it would have also made the series a lot harder to take seriously—a blow to a franchise otherwise devoted to dealing in important themes. 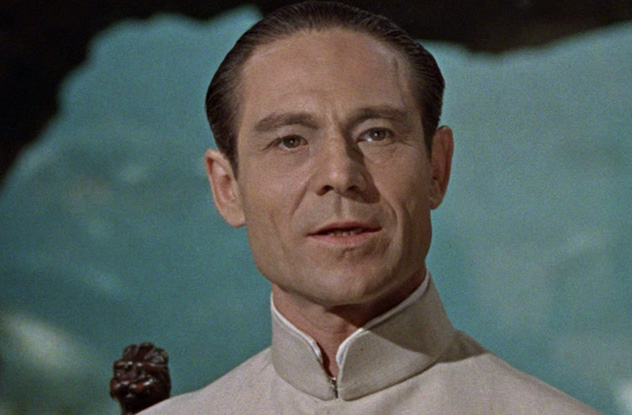 According to the film’s producer Cubby Broccoli, original drafts of the script took the idea of Dr. No being a character of “menacing dimensions” and translated it into outright craziness. Instead of being a mad scientist, No would have been a monkey granted an exceptionally high IQ.

Thankfully for Bond’s appeal, the decision was ultimately dropped at Broccoli’s behest, and Dr. No became a regular, non-hairy human.

5Harry Potter
Father To The Next Dark Lord 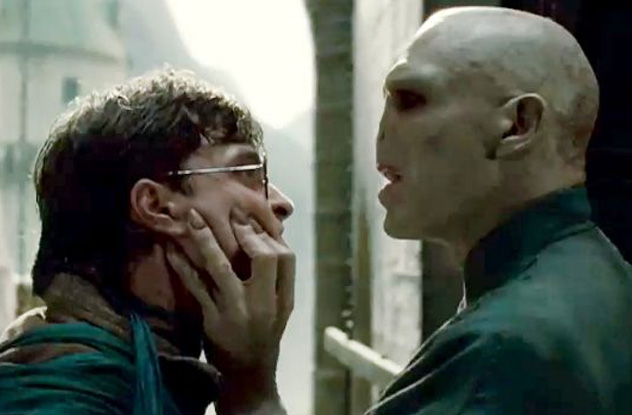 Before we go any further, this one comes with a caveat: J.K. Rowling and her publishers have never confirmed this story. The source for it is award-winning Guardian and BBC journalist Greg Palast, who was in touch with Rowling around the time that the final Harry Potter book came out.

According to Palast, the ending we got to the Harry Potter franchise was only one of several alternative versions Rowling prepared. While most were variants on the story we know, one was strikingly different. Aside from featuring a climactic battle in the Forbidden Forest in which Voldemort teams up with his dead parents, it also involved a very different epilogue.

By Palast’s account, the epilogue would flash forward to Harry’s 150th birthday. He’s now headmaster of Hogwarts, and his wife, Ginny, has transformed herself into a bird instead of growing old. The real kicker comes when Harry’s great-grandson, Tom, destroys his toys in frustration, causing Harry to realize that “the whole world [will] soon darken again for generations to come.”

4Sonic The Hedgehog
Had A Human Lover 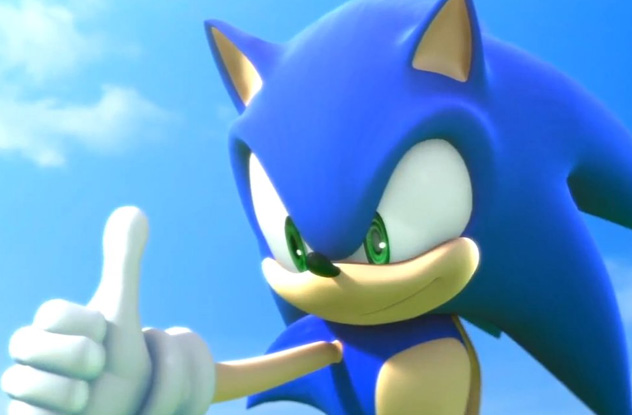 Mario’s only serious rival, Sonic the Hedgehog became an icon to every kid with a Sega Genesis. The wisecracking, super-fast ball of coolness took platform gaming in a whole new direction—a direction that very nearly involved some human-on-hedgehog action.

In the early design stages, Sega pushed for a character known as “Madonna.” The blonde human woman swanned around in a cleavage-revealing red dress and fantasized about Sonic. Early notes indicate that she was meant to chase Sonic around various levels, and they would eventually end up as boyfriend and girlfriend. However, the idea was eventually nixed by product manager Madeline Schroeder, who wanted the character to be more kid-friendly.

Hedgehog-human romance didn’t disappear entirely from the Sonic canon. In 2006, Sonic had a whirlwind romance with the entirely human franchise character Princess Elise. 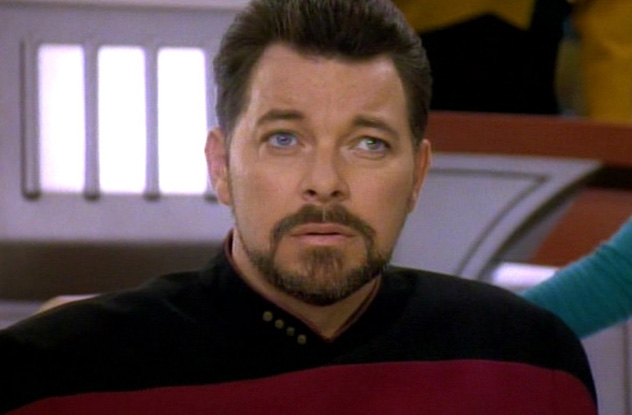 Star Trek: The Next Generation‘s relationship between Commander Riker and Captain Picard has to be one of the greatest bromances in television history. Armed only with a beard and winning smile, Will Riker managed to charm his way into the hearts of a trillion sci-fi fans. Yet all this goodwill was nearly squandered in 1993, when the writers decided to kill Riker off and replace him with an angry clone.

In the sixth season episode “Second Chances,” the Enterprise crew met Riker’s doppelganger. The writers and actor Jonathan Frakes had loads of fun creating a new alternative Riker. They had so much fun that they seriously considered killing the original character and writing the clone in as a permanent cast member. According to writer Ron Moore, “It was a chance to reinvent the character.”

Thankfully, executive producer Michael Piller refused to sign off on the idea, and the world was spared the sight of a million Star Trek fans having a simultaneous breakdown. 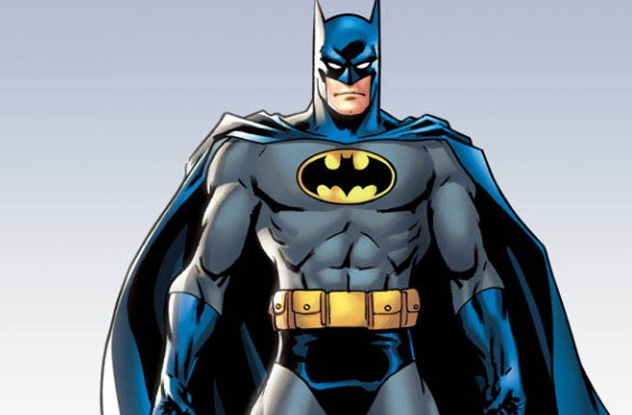 Since his debut in 1939, everything about Batman has been iconic. His cape, his horrific backstory, his lack of superpowers, his villains, and his moral code have all combined to create one of the most complex comics characters to ever hit the mainstream. Yet it’s pure chance that you’ve ever heard of him. The original Batman was awful.

Before creator Bob Kane brought a little-known writer named Bill Finger onboard, Batman looked like any standard, forgettable superhero—except for his pair of comically oversize wings. Finger designed the iconic cape and cowl. Finger gave Batman his tragic backstory. Finger created the characters of Robin and the Joker. And Finger convinced Kane that calling the character “Birdman” was a stupid idea.

Were it not for Kane’s chance hiring of this penniless scribbler, everything that makes Batman Batman would be missing. Sometimes, the creator of a character is the worst person to be put in charge of them. It also brings up the question of whether Kane should be credited as creator at all, considering he didn’t design any of the important parts. If we’re going for iconic characters, they don’t come much more iconic than Superman. The hero from the planet Krypton battles evil while simultaneously living a double life as timid Clark Kent. But the secret identity was nearly a mere footnote in the character’s evolution. In 1940, co-creator Jerry Siegel came within inches of killing off Clark Kent.

In the unproduced story “K-metal from Krypton,” Superman was supposed to encounter an early version of Kryptonite. Faced with an impending planet-wide disaster, he would sacrifice his secret identity to save Lois Lane, making his true nature public. The Clark Kent persona would be scrapped forever, and Supes and Lois Lane would team up to take on evil and corruption across the world.

Had the story gone ahead, everything iconic about the character—his secretive relationship with Lois, his job at the Daily Planet, his small-town home life, his having to choose between Lois and Lana Lang—would have been wiped out. The entire history of Superman would have evaporated, and the effect on other superheroes could have been incalculable. Without Clark Kent’s inspiration, Bruce Wayne, Peter Parker, Selina Kyle, Dick Grayson, and many others might all have ceased to exist as anything but their alter egos.

DC pulled the plug on the idea, managing to hold off Superman’s big reveal for another 50 years.