As we’ve mentioned before, conspiracy theories can be found anywhere on the planet and can encompass just about any subject matter under the Sun. They are used to explain any mysterious event, albeit with a reasoning that can only be described as certifiably insane. Of course, the conspirators are almost always identified as belonging to a cabal of rich and powerful individuals, which brings us to the topic of depopulation. Overpopulation, exhaustion of natural resources, or evil designs are but a few of the reasons why depopulation conspiracy theories still occupy a special place in the minds of the paranoid. 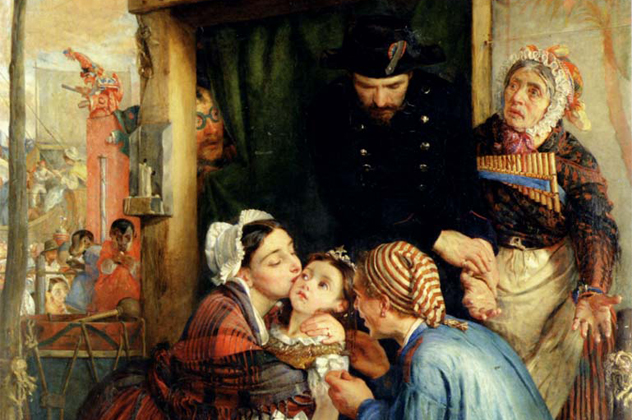 Contrary to the popular notion that they are products of the American mind, depopulation conspiracy theories and their beginnings should actually be credited to the French, with their infamous Pacte de Famine (Famine Pact) in the late 18th century. During that period, a combination of unfavorable weather and relatively poor farming methods produced a severe food shortage across many regions of France, resulting in the raising of the prices of food and other basic commodities.

Due to this unfortunate event, many of the middle and lower classes—especially the peasants—believed that the aristocracy or some other shadowy group was secretly controlling the price of grains to control their burgeoning population. The paranoia led to the Flour War, a collective term for the series of riots and revolts that broke out in the affected areas. Incidentally, this atmosphere of fear and distrust helped to kick-start the French Revolution.

9The Human Genome Project Is A Eugenics Program 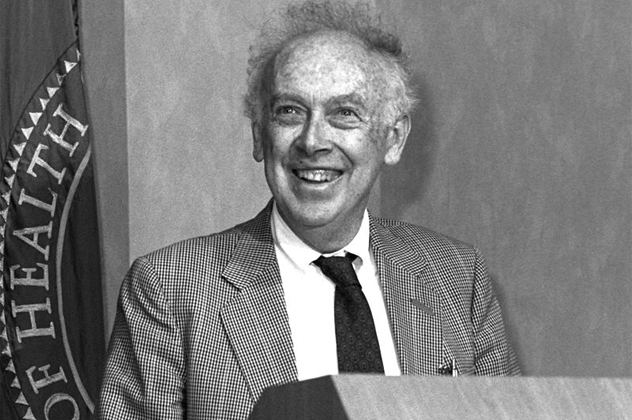 We’ve previously discussed the Human Genome Project and the innumerable benefits it has brought to the human race. However, such a massive, well-funded program is not without its controversies. For one, there is a conspiracy theory which says that the project is actually nothing more than a cover for eugenicists to develop better methods of exterminating those people whom they have deemed inferior and unfit for this planet.

According to this conspiracy, the end goal of the project is the identification and elimination of “bad genes” across the world. Mapping out the human genome would allow the supposed conspirators to build better diseases and other biological weapons to subtly sterilize and wipe out inferior races. Even drugs would be customized to eliminate the targeted groups around the globe. As to the identity of the conspirators, it’s anyone’s guess. Of course, the usual suspects would include the CIA, the military, the Illuminati, or any other “evil” group.

8Global Warming Is An Excuse To Depopulate The World 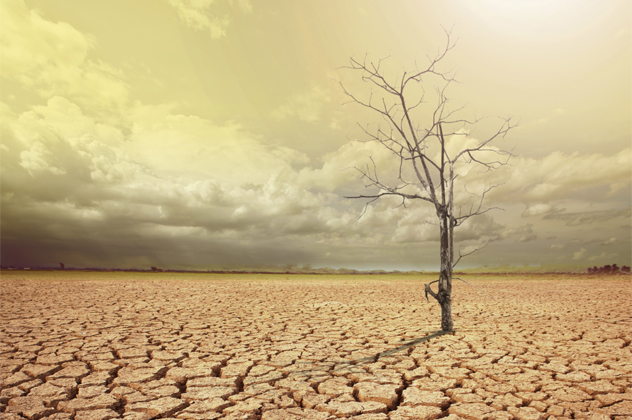 By itself, global warming is already a very controversial topic. Its very existence is a constant subject of heated debate between affirmers and deniers. As if that isn’t enough, a few crazies in the deniers’ camp have stated that the campaign to stop global warming is really just a ruse to implement a depopulation program.

According to them, the crusade to cut back on fossil fuels and substances harmful to the environment would actually mean decreasing large-scale food and energy production throughout the world. This man-made famine and poverty would then result in a worldwide genocide and the destruction of the global economy, making it easier for whoever is behind the scheme to implement a New World Order. They claim that the ban on DDTs has already resulted in the deaths of more than 100 million people, while the ban on CFCs is killing 40 million people annually. 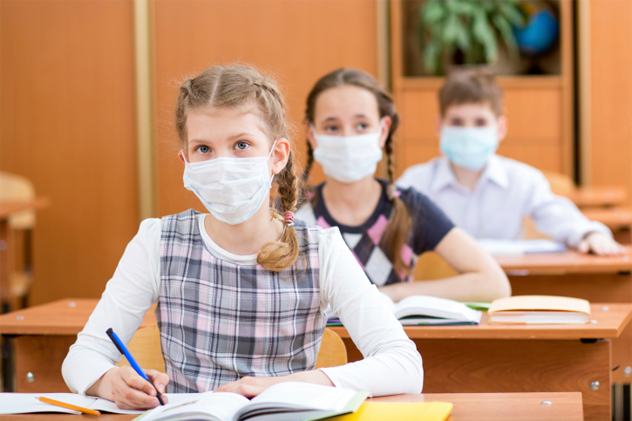 We’ve already listed the different outbreaks and pandemics that have occurred since time immemorial. The best advice is not to panic, since humanity is most probably going to survive anyway. Nevertheless, conspiracy theorists believe that pandemics—far from being naturally occurring—are actually attempts by some sinister group to depopulate the world. In fact, some assert that the hugely devastating Spanish flu that killed an estimated 20–100 million people from 1918 to 1920—and which was reputed to be the result of a US military experiment gone wrong—was really a deliberate depopulation scheme.

Consequently, all the outbreaks humanity has had from then up until now—including swine flu and Ebola—are really artificial diseases created by those who want to depopulate the world. And here we thought pandemics were just created by pharmaceutical companies to increase their drug sales.

6The Georgia Guidestones Are The Beacon For The Depopulation Agenda 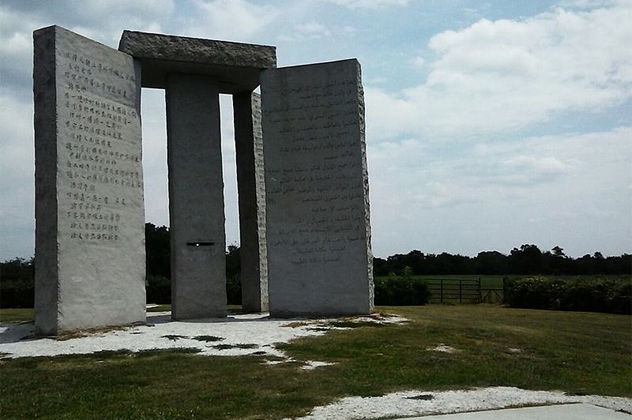 As we’ve pointed out before, no one really knows who built the Georgia Guidestones or why. The towering structure—which can be found in Georgia’s Elbert County and is also known as America’s Stonehenge—is inscribed with 10 guidelines in eight different languages which are supposed to be followed for the sake of mankind’s general welfare. However, conspiracy theorists say that the structure is really the guiding light for the masterminds behind the depopulation agenda.

More specifically, they point to the very first commandment engraved on the Guidestones, which is to keep the human population under half a billion in order to maintain a “perpetual balance with nature.” This is allegedly proof of the monument’s sinister undertones. Additionally, they believe that the rest of the guidelines also smack of a New World Order–esque plot. Incidentally, the Guidestones have become a very popular pilgrimage site for all kinds of conspiracy theorists with their own take on the monument’s purpose.

5Aliens Are The Real Masterminds Behind Depopulation 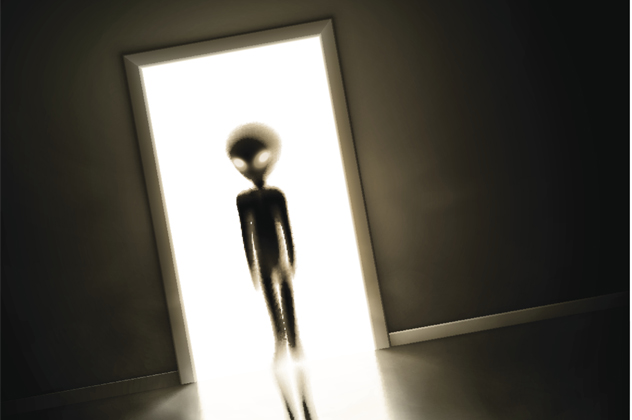 This conspiracy theory makes other alien-related theories sound tame by comparison. According to its proponents, the dreaded New World Order, the Illuminati, or any other human agencies are just puppets for malevolent extraterrestrials to carry out their depopulation plan. Diminishing the human population will ensure that these aliens will encounter less resistance when the time comes for them to invade the world. Presumably, the human collaborators would either be spared or rewarded for their effort.

As for how long these aliens have been working behind the shadows, conspiracy theories believe that they have collaborated with human groups since the era of Nazi Germany. Accordingly, they were actually the ones who provided the Nazis with sophisticated technology in order to enslave the rest of humanity for them. When the Nazis lost the war, the aliens merely disappeared in the shadows and have since worked with other clandestine groups to depopulate the world. 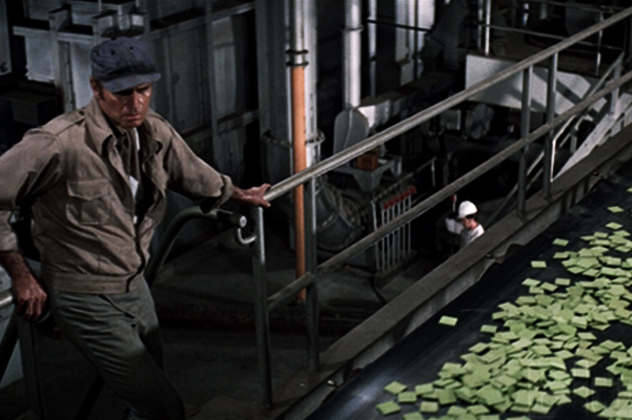 Anyone who’s seen this iconic 1970s movie should know what we’re talking about. Set in the year 2022, Soylent Green features a dystopian Earth with its natural resources exhausted by massive industrialization and overpopulation. While the rich live in secluded enclaves and control whatever luxuries are left, the masses are relegated to a life of poverty, hunger, and pollution. The only thing keeping them alive is the mass-produced wafer known as Soylent Green, which is produced by a large corporation. In the end, however, a detective working on a murder case uncovers the truth: Soylent Green is people. More specifically, the wafer is made from the remains of dead people, an operation kept secret by the wealthy and powerful.

Ignoring the fact that it’s just science fiction and that legitimate researchers have already declared the infeasibility of global cannibalism, some conspiracy theorists still proclaim that Soylent Green is really a glimpse of our future. The movie itself is supposedly just another predictive programming scheme to prepare us for the inevitable: being turned into food for other people. 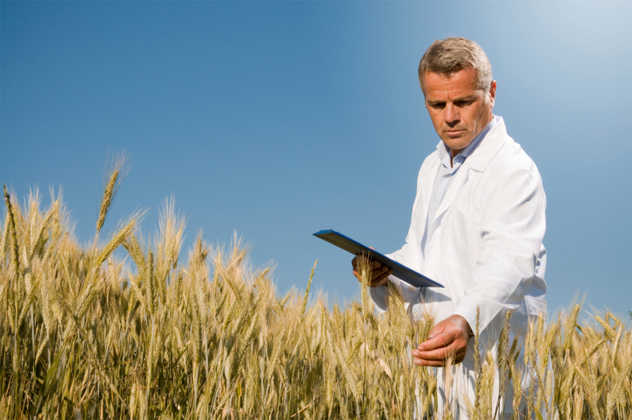 Central to almost every depopulation conspiracy theory is the Codex Alimentarius (Latin for “Food Code”). While the Codex—created by the Food and Agriculture Organization and World Health Organization in 1963—is just a set of guidelines for food safety which countries can choose to follow or ignore, conspiracy theorists say that it is actually a plan to kill off more than half the planet’s population by controlling the world’s food supply.

According to them, the Codex encourages the propagation of genetically modified instead of natural foods and the phasing out of vitamins and minerals. To top it off, all foods would have to undergo irradiation as well. Supposedly, the end goal of the people behind the Codex is the deaths of three billion people through malnutrition and the spread of lifestyle diseases.

If this all sounds familiar, that’s because the Codex is closely related to another non-compulsory set of guidelines called Agenda 21, which has also been decried as a UN conspiracy to create the New World Order. 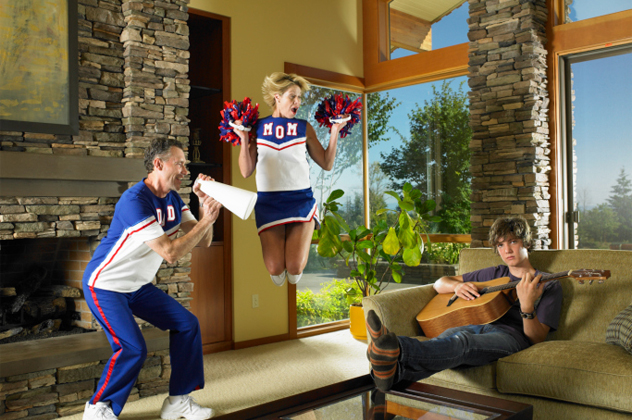 Are white people really going to become extinct someday? Yes, according to conspiracy theorists who espouse the “White Extinction Event.” And just like its “Black Genocide” counterpart, this scenario entails the future extinction of white people through a variety of methods. While overt operations such as open conflicts are not discouraged, other insidious means are preferred. They include family planning, mixed marriages, and encouraging the influx of foreign immigrants.

It’s not surprising that those who hold this view tend to belong to white supremacist groups who fear that assimilation will finally lead to the end of the white race as a distinct and homogenous group. Accordingly, these very same groups accuse the Jews (yet again) of conspiring with black people and other races to eliminate the white race. We have to admit, out of all the crazy Jewish conspiracy theories we’ve ever heard, this one takes the cake.

1The Homosexual Agenda Is Actually A Front For Depopulation 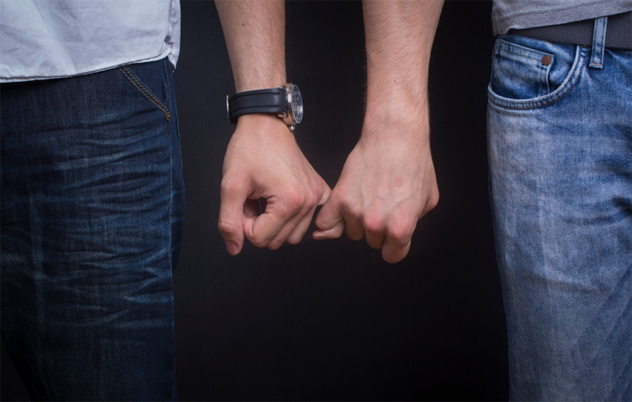 Probably one of the most heated issues in the pop culture wars concerns the LGBT community and their rights. As a result, there are those who believe that gay people actually have a hidden agenda to promote a homosexual lifestyle. Funnily enough, a few of the nuttier conspiracy theorists actually believe that a worldwide conspiracy is just using gay people to implement a depopulation plan. By promoting pornography and homosexual sex, they’ll make sure that people won’t be able to procreate anymore.

Conspiracy theorists like Henry Makow adhere to this belief, with the added view that feminism is also a nefarious attempt to lessen the population. To his credit, he isn’t the first conspiracy theorist to denounce the so-called hidden aims of homosexuality. Since the first century, homosexuals have been denounced either as degenerates or heretics. Persecution became even worse in the 17th and 18th centuries after they were accused of undermining their states through depopulation and refusal to take on traditional family roles.