Everyone enjoys a good scandal. Whether it’s a prominent anti-gay campaigner getting caught propositioning a male police officer or wealthy UK politicians charging the taxpayer to clean their moats, nothing shifts paper faster than a whiff of wrongdoing.

But then you have the scandals that are harder to understand. These ones are so pointless that the only sane reaction is a muttered “What?” 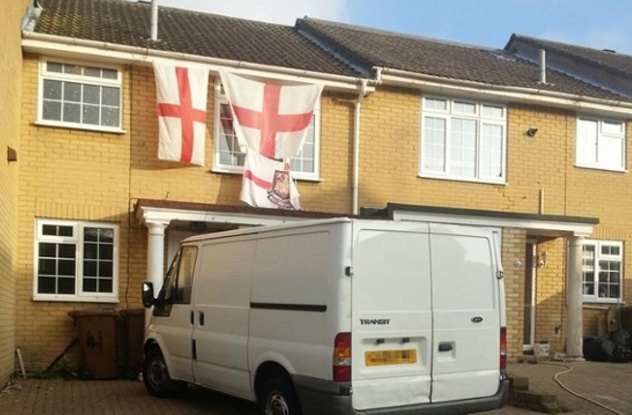 In November 2014, British MP Emily Thornberry made the biggest mistake of her life. Campaigning in the town of Rochester on behalf of the Labour Party, she passed a house draped in England flags with a white van parked out front. As she’d done with other houses hundreds of times before, Thornberry tweeted a picture of it without any comment. At this point, the country went insane.

Thornberry had to leave her job. She was publicly hounded for being a snob. Her party descended into civil war over the issue, and the media declared that Labour was doomed.

Supposedly, this had something to do with the flag and white van combo being a symbol of England’s working class. Thornberry was a snob for finding it so unusual as to be worth tweeting. But that reasoning seems to break down when you realize Thornberry herself is working class and has a brother who drives a white van. Things only got more muddled when journalists responded by claiming it was even more snobbish to call Thornberry’s tweet snobbish.

Nonetheless, Thornberry lost her position, and the incident remains an issue in the upcoming UK general election.

9The Prime Minister And The Horse In spring 2012, the British establishment found itself gripped by a scandal known as “horsegate.” The incident filled huge numbers of column inches, all speculating on whether David Cameron had once ridden a certain horse. That’s not a euphemism for doing heroin, by the way. We mean it literally.

In 2011, the British press and London Metropolitan Police were discovered to have far too cozy a relationship. It was even alleged that the Met had given the editor of The Sun a former police horse as a bribe. So where did David Cameron fit in? The media thought he may have once unknowingly taken the bribe horse for a ride.

There was no indication Cameron knew the horse was acquired shadily. The media simply wanted him to admit he rode it, which he duly did after three days of confused deliberation. Things got even stranger when pajama parties involving politicians were also brought up, leading to Downing Street’s immortal quote: “The prime minister does not wear pajamas on the back of a horse.” 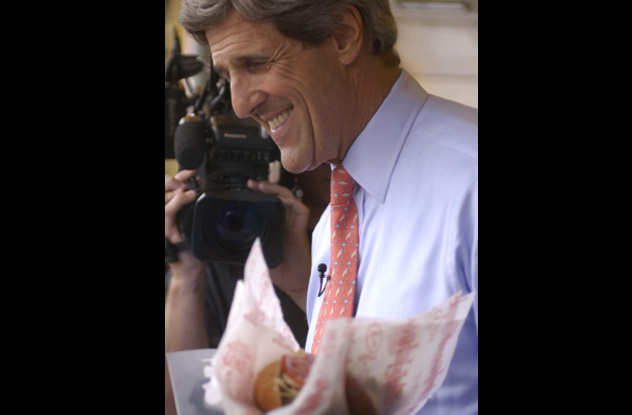 Back in 2003, it really seemed like John Kerry might be in with a chance to win the presidency. Until, that is, he went to Philadelphia. As part of his drive to appear a normal, electable human being, Kerry chose to eat a cheesesteak hoagie at Pat’s Steaks before the cameras. When asked what he wanted on it, Kerry opted for Swiss cheese. He should have ordered American cheese, or provolone, or even Cheez Whiz.

People spun this minor faux pas into having huge implications about him as a human being. People accused him of being a Boston snob who couldn’t connect with blue collar voters—any ordinary human would know Swiss cheese on a Philly cheesesteak was objectively ridiculous. The Washington Post has even suggested this might have been the moment the public finally decided he was a hopelessly out of touch Brahmin and opted to vote for the other guy.

In September 2013, Ted Cruz briefly became headline news for attempting to defund Obamacare with a 21-hour speech. It was just a stunt—this was not a true filibuster and had no chance to affect legislation—but it was quite a feat. By the end, Cruz was talking in long-winded analogies and blathering on about his father’s old jobs. He was even reading stories, including the Dr. Seuss children’s classic Green Eggs and Ham.

The media leaped on Cruz for his choice of book. They didn’t care that he held up senate proceedings by reading aloud—they specifically objected to Green Eggs and Ham. Columnists across the nation mocked him for failing to understand the message of Dr. Seuss’s story, which is that you should try things (like Obamacare) before deciding you hate them.

This criticism made no sense. Cruz very specifically ended the story by concluding, “The difference with Green Eggs and Ham is when Americans tried it [Obamacare], they discovered they did not like green eggs and ham, and they did not like Obamacare either.”

Cruz suffered no tangible ill effects from the scandal. However, to this day, reporters still link him with Dr. Seuss in their stories. 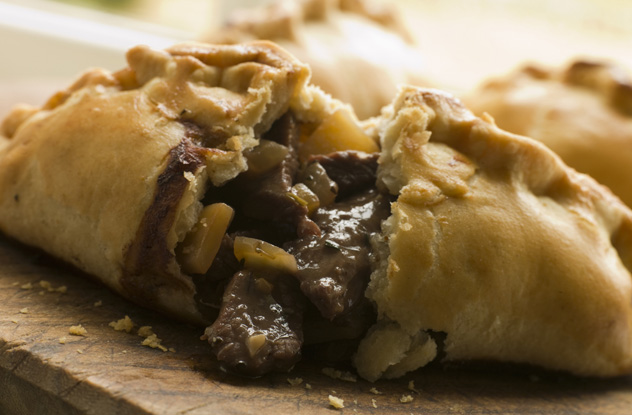 If you need evidence that the British can attach class to anything, look no further than Pastygate. After the Conservative government levied a tax on hot snack foods, it suddenly found itself in damage control mode. The reason: Their tax had inadvertently hit Cornish pasties.

Cornish pasties are a symbol of UK working class culture, and taxing them was taken to mean the government was out of touch and elitist. David Cameron quickly responded by assembling a press conference to tell the country about the last time he’d eaten a Cornish pasty. This managed to make things even worse, because he said he’d recently gone to a bakery that had closed down five years previously.

Then things really went mad. Every politician in the UK suddenly found themselves being pushed by spin doctors to visit Cornish pasty shops and be photographed eating them in public. 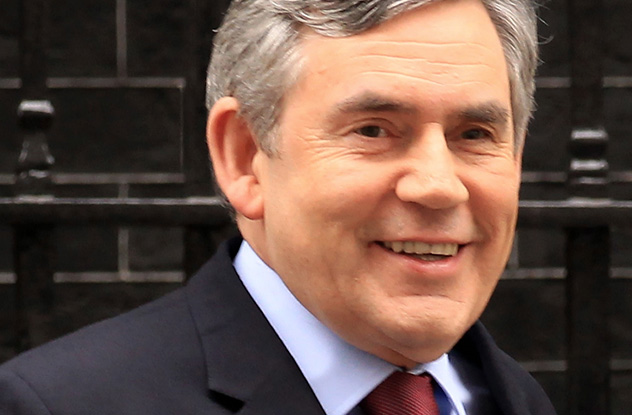 In 2009, Prime Minister Gordon Brown was asked to take questions on influential website Mumsnet. Desperate to be seen courting the family vote, Brown agreed and spent a couple of hours fielding queries about everything from his home life to plans for the education budget. Unfortunately, there was one important question he kept skipping over: What was his favorite biscuit?

When the media got wind of this, Brown became a laughingstock. Instead of assuming he was simply too busy answering more important questions, they labeled him an indecisive buffoon too stupid to know his own favorite foods. It didn’t help that Brown was already portrayed as being too cautious for his own good, an image the biscuit question only helped feed.

At least, that would have been the case if the story wasn’t nonsense. After the gaffe had caused Brown ridicule in even The Times, it emerged that he hadn’t been avoiding the question at all. Instead, a Mumsnet representative had been filtering the questions and blocked Brown from ever even seeing the biscuit ones. Yet the media continued to portray Brown as a dithering imbecile right until he lost the next election.

We’ve all had moments where we accidentally said the wrong person’s name. So long as it doesn’t happen during sex, it’s usually no big deal. But when head of the Australian Labor Party Kim Beazley made a similar mistake in 2006, it signaled the end of his leadership. Trying to offer his condolences to recently widowed broadcaster Rove McManus, he accidentally referred to him as Karl Rove.

It was an embarrassing mistake, but it was the sort of mistake most politicians apologize for and then move on from. Not so Kim Beazley. When Australian media got news of the gaffe, they hounded the Labor leader mercilessly. With an election coming up, his party took one look at the man who’d flubbed his lines in a condolence speech and knifed him in the back, replacing him with Kevin Rudd.

Beazley’s one little slip determined the course of Australian politics for the next four years. It’s even more incredible when you realize Rove McManus took absolutely no offense at the mistake and couldn’t tell what all the fuss was about. 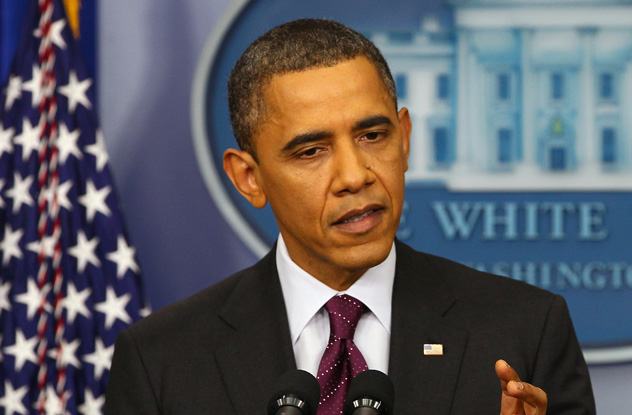 It’s not just the British who can do bizarre, food-based scandals. On a hot day in summer 2007, presidential candidate Barack Obama made a fateful statement. Chatting to a group of dissatisfied Iowan farmers on the campaign trail about stagnating crop prices, he tried to sympathize by saying: “Anybody gone into Whole Foods lately and see what they charge for arugula?”

It was the opening the media had been waiting for. With no Whole Foods stores operating in the state and arugula being deemed too fancy for simple Iowan tastes, media outlets used the story to paint Obama as an out-of-touch metropolitan elite who didn’t understand ordinary people. Things got so bad and went on for so long that Obama was forced to address the issue in subsequent speeches, pointedly dismissing the notion that Iowans didn’t know what arugula was. 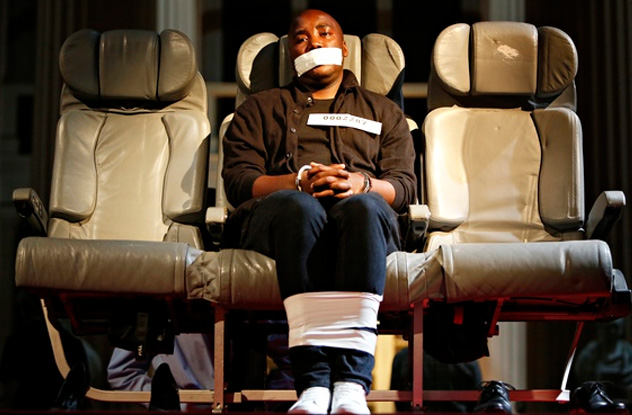 In September 2014, word got out that London’s Barbican theatre was staging a politically incorrect exhibition, featuring dozens of black people restrained for audience viewing. Anti-racism protestors responded by staging a huge demonstration outside the Barbican, whipping up a massive controversy.

The exhibition was actually an anti-racist piece. Known as Exhibit B, the work was intended as a powerful critique of colonialism. The point wasn’t—as the protestors assumed—to come and stare at black people but to witness the degradations slaves used to be put through and feel disgusted by it.

The actors involved were doubly irritated, as the self-righteous protestors seemed unable to fathom that the actors had chosen to take part rather than being coerced into it by white oppressors. Nonetheless, the protestors kept right on protesting, until the Barbican had no choice but to cancel the show.

In November 2014, humanity successfully landed a probe on a moving comet. It was as historic as the Curiosity rover’s touchdown on Mars, a moment in which we humans took another step into the wider universe. A few people insisted that the more important issue was some man’s shirt.

The man in question was Rosetta Project scientist Matt Taylor. His shirt was decorated with pictures of scantily clad women. It was without doubt a poor fashion choice, and someone should have probably warned him that it didn’t help the image of science being a boys’ club. But the public went further and reduced a brilliant scientist to tears.

The evidence says Taylor simply had a thing for awful shirts. A female friend of Taylor’s had made the shirt as a birthday gift. But the world assumed he had to be a sexist pig.