Do you know what controversial philosophy Alisa Rosenbaum used her fiction to promote? Or which best-selling fantasy series James Rigney died before completing?

You know their books—but you probably don’t recognize their names. Like many authors, they published their work under pen names. In fact, some of the most famous names in the world are not actually their owners’ real names. 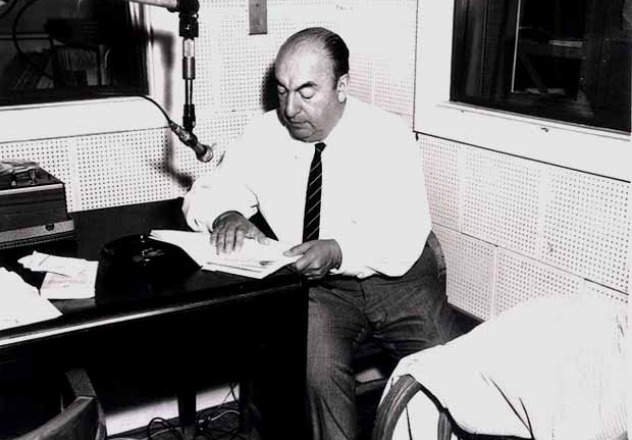 Neruda was a 20th-century Chilean poet and political activist who was awarded the Nobel Prize for Literature in 1971. He began using his pen name, which he chose as a tribute to Czech poet Jan Neruda, when he began his career in 1920.

He is famous for his romantic and surrealist poetry, the most well-known of which is Twenty Love Poems and a Song of Despair, which was published in 1924. He became a nationalist symbol to the Chilean people, and the whole country celebrated when he received his Nobel Prize.

Neruda is famous not just for his contributions to literature but also for his involvement in the Chilean Communist Party. He died in 1973, less than 14 days after the Pinochet junta, reportedly from prostate cancer. For many years, the junta was suspected of poisoning him, but in 2013 his remains were exhumed and no traces of poison were found. 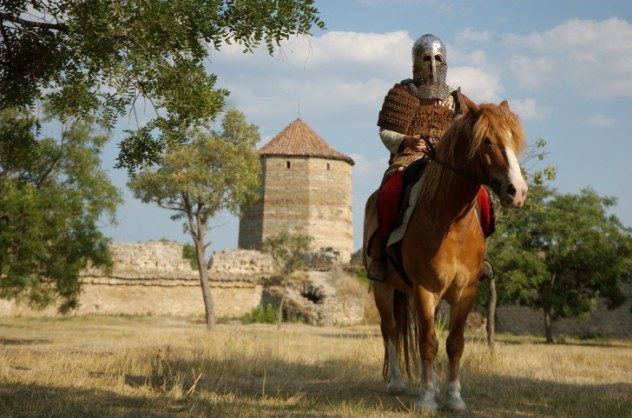 The first volume of the series was released in 1990, and Jordan continued writing until his death in 2007. When he died, only 11 books in the series had been written and published. Jordan left extensive notes on his plans for the plot, and his wife (who was also his editor) selected fantasy writer Brandon Sanderson to finish the series.

Jordan was not the writer’s only pen name. He was known by several pseudonyms in the course of his career, each for work in a different genre. When writing Western fiction he used the pen name Jackson O’Reilly. He published historical fiction as Reagan O’Neal. He even wrote dance criticism under the name Chang Lung. 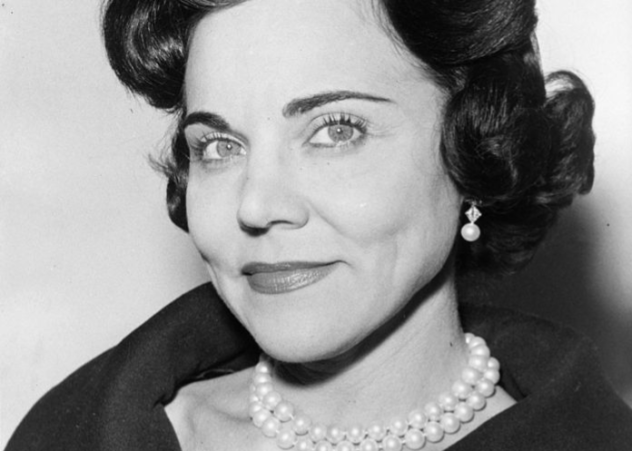 Esther “Eppie” Lederer was not actually the original Ann Landers. She took over the column after the first writer, whose real name was Ruth Crowley, passed away.

After Crowley’s death, a contest was held to find the next Ann Landers. Lederer was one of the seven finalists in the search. Though she had no newspaper experience, she won the contest, and her first Ann Landers column appeared on October 16, 1955.

Lederer’s Ann Landers was known for her dry wit and willingness to give tough answers, including admonishing correspondents to “kwitcherbellyachin’.” She advised readers through huge social upheavals, from the Leave it to Beaver paternalism of the 1950s through the feminist and civil rights movements and into the 1990s.

At the time of Lederer’s death in 2002, Ann Landers’s column had over 90 million readers and was featured in over 1,000 newspapers around the world. 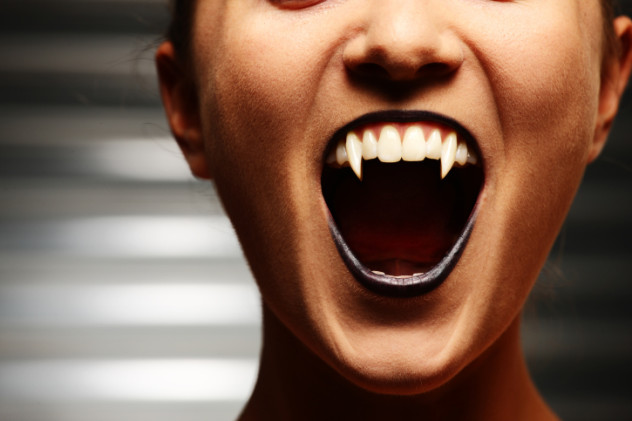 Roquelaure was named after her father, Howard O’Brien, and her mother, Katherine Allen. She began going by Anne on her first day of school, feeling self-conscious about being a girl named Howard. In fact, you may know her best by her other famous name: Anne Rice, author of Interview with the Vampire. 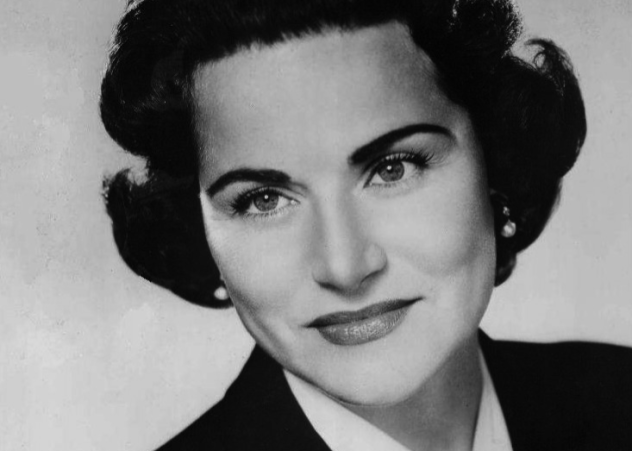 You probably guessed that Abby, of Dear Abby fame, is another pseudonym. What you may not have know was that the woman behind the name, Pauline Phillips, was Ann Landers’s sister. In fact, the two women were twins.

When Esther began her career as Ann Landers, Pauline often helped her with the overflow letters. In doing so, Pauline discovered that she was a witty and popular advice-giver. She decided to pursue a career as an advice columnist on her own.

Though she had no journalism experience, Phillips reached out to the editor of the San Francisco Chronicle and told him that she could do a better job than his current advice columnist. Surprisingly, he agreed, and she began writing Dear Abby in 1956.

Dear Abby was known for its witty and slightly risque responses which humorously covered everything from party etiquette to birth control use. By the time Phillips died in 2013, her column was even more popular than her sister’s, syndicated in more than 1,400 newspapers worldwide with more than 110 million readers. 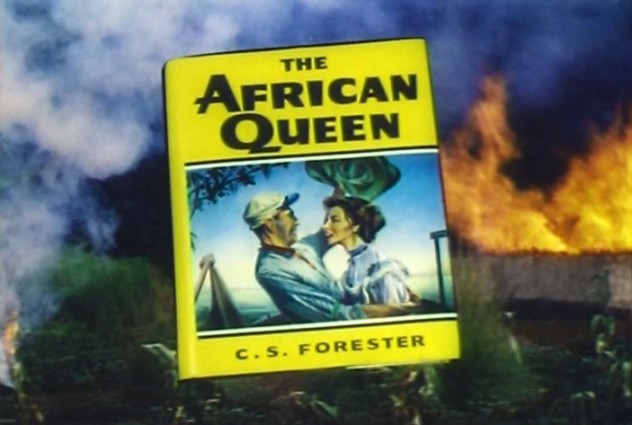 Forester began his writing career with stand-alone novels, including The African Queen, but his most well-known works are the 11 novels he wrote about the career of Hornblower, an officer and heroic everyman serving in the British navy during the Napoleonic era. The novels have been adapted for television and film and remain best sellers to this day.

Though he is remembered for his naval fiction, Forester was a prolific writer, publishing plays, crime novels, biographies, wartime propaganda, and children’s novels, all under the same pen name. Recently, his crime fiction found itself back in the public eye with the rediscovery of The Pursued, a gritty murder mystery Forester wrote in 1935 and subsequently lost. It was auctioned off by Christie’s and purchased by members of the C. S. Forester Society. 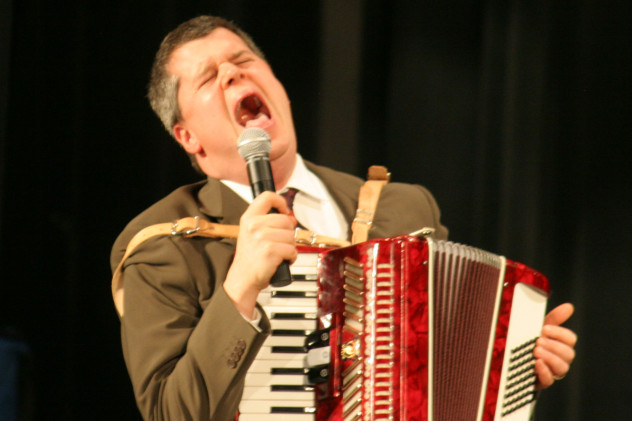 Lemony Snicket is an unique persona. He is not only the pen name of author Daniel Handler, but also a character in the novels that he writes.

Handler wrote his Edward Gorey–inspired children’s series, A Series of Unfortunate Events, as Snicket, who claims to be chronicling his research about the lives and adventures of the characters. After the final book in the series was released, it turned out Snicket—both character and author—wasn’t finished. In 2012, the first book in a new “autobiographical” series was released, relating the mysterious adventures of Snicket as a boy and explaining how he came to write A Series of Unfortunate Events.

Because Snicket is an integral part of the story, Handler frequently gives interviews as Snicket rather than himself. When he does appear in public as Daniel Handler, he will often explain that Snicket couldn’t make it and sent him as a representative instead. 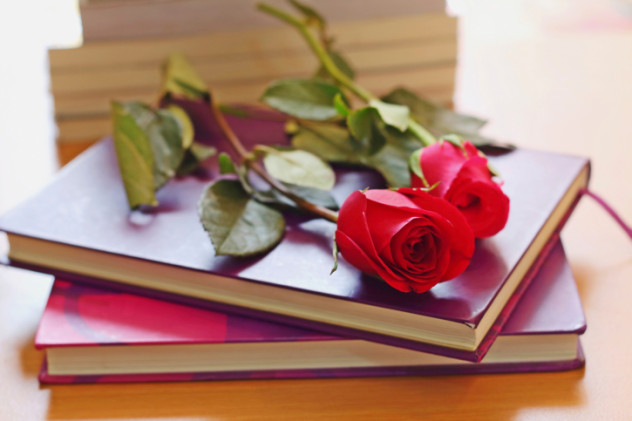 Quinn is known for her New York Times best-selling romance novels, which are set in historical regency England. She is often seen as a pioneer of the romance genre, challenging assumptions that intelligent women don’t read or write romance, and that romance novels can’t be pro-feminist books.

She wrote her first romance novel during her undergraduate years at Harvard University. After graduation, while Quinn spent a summer completing pre-med requirements, she finished her novel and sold it the same month that she was accepted to the Yale School of Medicine. Quinn decided to defer her enrollment for two years to write three more romances. Shortly after beginning medical school, she withdrew to pursue a career as an author.

Quinn decided to publish under a pseudonym to separate her writing from her intended medical career. “Quinn” was a deliberate marketing choice; she chose it as a last name so that her books would be shelved next to popular romance author Amanda Quick’s. 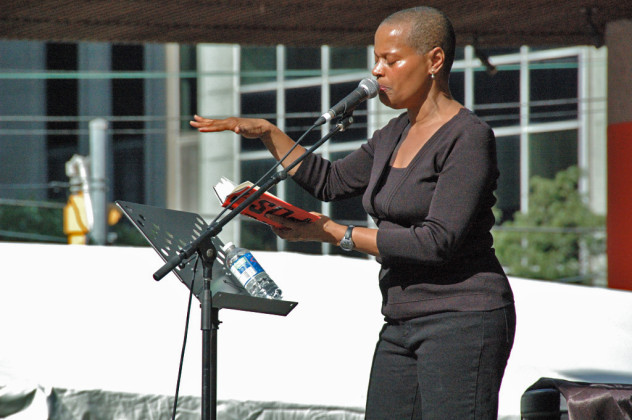 A modern American author and poet, Sapphire is known for her spoken word performances, her involvement in the LGBT movement, and especially her use of fiction to tell the stories of victims of abuse and poverty.

Sapphire began working on her most famous novel, Push, while she was a graduate student at Brooklyn College. The book, which was published in 1996, was the subject of an intense bidding war and sold for an advance of $500,000. It was extremely controversial for its graphic depiction of incest and sexual abuse. Push became the basis for the critically acclaimed 2009 film Precious.

She chose “Sapphire” as a pseudonym in the 1970s both for the gem’s beautiful, edgy nature and for its cultural significance. It had been the name of a character on the 1940s radio show Amos ‘n’ Andy. She saw the character as a form of reclaiming black history and fighting against historical stereotypes of black women.

Born in Russia in 1905, Rand lived through the Bolshevik Revolution. Just before her 21st birthday, her family sent her to live with relatives in America to escape the communist regime. Her experience living under communism left her deeply opposed to supporting “the masses” of society.

She spent the rest of her life creating and promoting her philosophy of Objectivism. She wrote both non-fiction and her famous, fictitious manifestos of Objectivism, including The Fountainhead and Atlas Shrugged.

Under Objectivism, complete individualism is the ultimate goal. Selfishness is the only virtue. Rand developed a cult-like following during her lifetime, and her writing and principles have had a resurgence of popularity in the United States during the last decade.

Rand changed her name when she first moved to America, wanting to distance herself from her traumatic life in Russia and create a new identity for her American life.

Katharine writes historical mysteries, speculative fiction, and assorted modern ramblings. She can be found procrastinating on twitter as @katharinewrites.