It can’t be easy being an author. Aside from having to put up with lawsuit-happy chancers claiming you stole their work, you also have everyone wondering if you’re about to drop dead before you can finish their favorite series. But while most authors deal with the pressures of fame by keeping it as real as possible, some deal with it by transforming into self-obsessed jackasses. 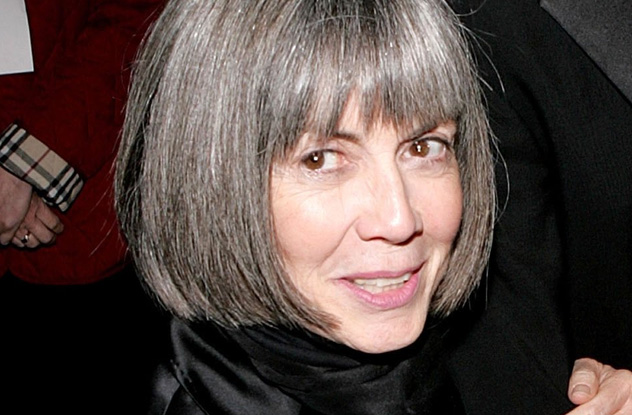 Gothic horror author Anne Rice has never been one to take criticism lightly. After readers trashed her novel Memnoch the Devil, she opened Blood Canticle by having the main character insult readers for being too stupid to understand it. But when Blood Canticle itself received some awful Amazon reviews, Rice went into full bloodsucker mode.

In a 1,200-word diatribe posted to Amazon, she lashed out at readers who were “interrogating (the book) from the wrong perspective.” Aside from calling them “arrogant and stupid,” she also took time to personally target specific reviewers who had made such awful statements as “Anne, you really should have an editor.” Then, she provided a blow-by-blow account of the novel along with a commentary on exactly how brilliant it really was. Did we mention that she posted this all under a five-star review of her own book?

Rice is no stranger to Amazon. Over the years, she’s left somewhere in the region of 200 reviews on the site. 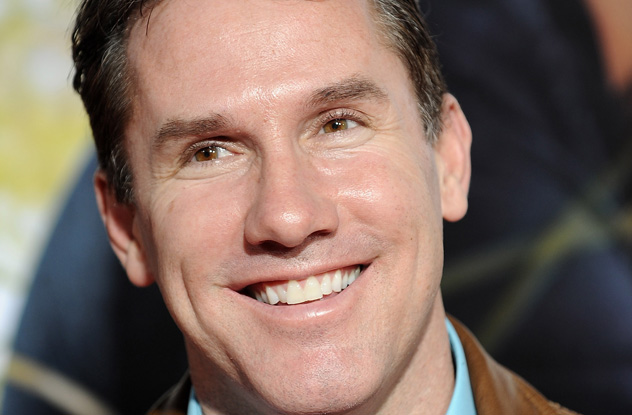 Not every overly serious writer responds in the heat of the moment. Sometimes, they’re simply enamored with themselves 24/7. In 2010, Nicholas Sparks—the author of The Notebook and similar books—gave a joint interview with Miley Cyrus to USA Today. Incredibly, he managed to come off as the more annoying of the two.

Despite being possibly the most one-note writer in existence, Sparks believes he’s unique. When asked by the interviewer what genre he worked in, he replied, “There are no authors in my genre. No one is doing what I do.” When asked to name his favorite “tale of youth,” he immediately cited one of his own books. He also compared his writing to that of Hemingway, Sophocles, and Shakespeare and declared Cormac McCarthy’s work “pulpy, overwrought, [and] melodramatic.” 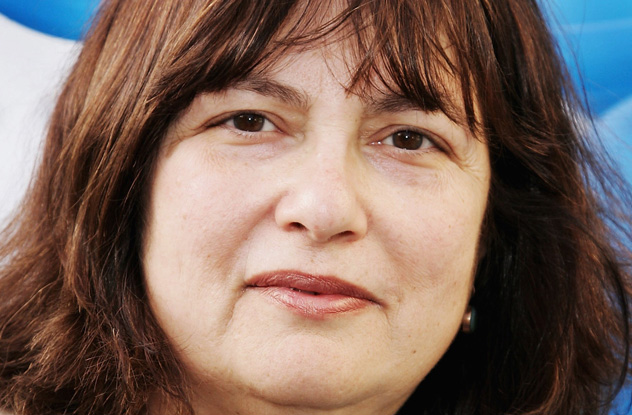 Even if they have trouble dealing with Amazon, most authors can at least deal with professional critics. Not Alice Hoffman. The award-winning children’s novelist took her novel The Story of the Sisters so seriously that when Roberta Silman gave her a merely okay review, she decided to destroy her.

Taking to Twitter to vent her anger, Hoffman spent 27 tweets calling Silman a moron before going a step further and calling in the cavalry. Posting Silman’s private phone number and email online, she invited her fans to call her up and harangue her for daring to call her novel “predictable.” Hilariously, she got the number wrong, and Silman isn’t on Twitter anyway, so had no idea anything was going on at all.

Hoffman apologized a couple days later, issuing a weak statement through her publisher that tried to absolve her of any blame. But by then, the damage had been done. From now until the end of time, anyone Googling The Story of the Sisters will instead get the story of how Alice Hoffman went crazy over nothing.

7M.R. Mathias And The Overbearing Ego 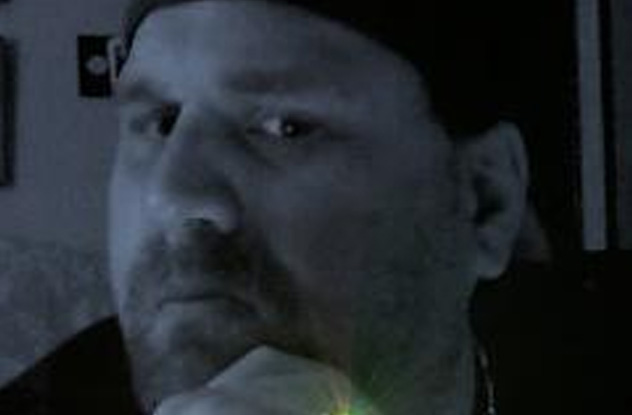 A self-published fantasy author, M.R. Mathias has written a few books that pull in decent reviews on the Kindle Store and seems to have the sort of loyal following that’d make any self-publisher smile. Unfortunately, he also has an ego so far out of proportion to his fame or talent that it practically obscures the Sun.

In 2012, Mathias got in an argument on a fantasy message board. A mod had done what mods do and moved his self-written advert from the main forum to the “self-published and small press” sub-forum. Most of us would have probably let it be. Most of us are not M.R. Mathias.

In a post that’s jaw-dropping in its self-entitlement, Mathias informed the world that “there’s nothing self pubbed, or small, about books written by M.R. Mathias.” He took multiple potshots at other forum members. He then accused the mods of jealousy and declared that his “92k Twitter followers” wanted to know why they were persecuting him. When someone mentioned that they hadn’t read his books, he responded with: “If you chose not to read one of the best fantasy trils ever written then by all means take a pass.”

When the mods finally banned him, things got even crazier. Mathias took to Twitter to declare that he was “outselling” Tolkien and that if his detractors had read his books, they’d be on his side. 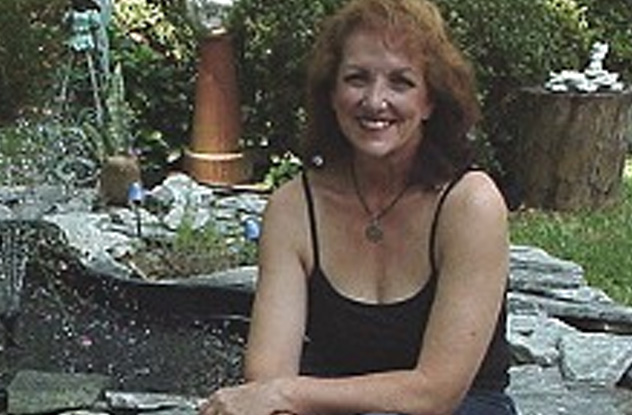 Your first thought when you read the name Candace Sams was likely “who?” Author of such books as Electra Galaxy’s Mr Interstellar Fella, her work isn’t exactly on a par with Alice Hoffman or even Nicholas Sparks. But she can sure outdo them in the meltdown stakes. When an Amazon reviewer left her latest novel one star, Sams launched a blistering online attack that left her own reputation in tatters.

Posing as another reviewer, she accused her detractor of being a “frustrated romance novelist” who “could not get his/her work published.” She also called them a coward and left somewhere in the region of 400 angry posts. But the real howler came when she threatened to call the FBI.

In her final messages, Sams claimed the bad review amounted to “cyber stalking” and that a federal offense might have been committed. She then promised to press charges, before swiftly logging off and deleting all her messages. Thankfully, numerous sites saved them, preserving for future generations the true insanity of Candace Sams. 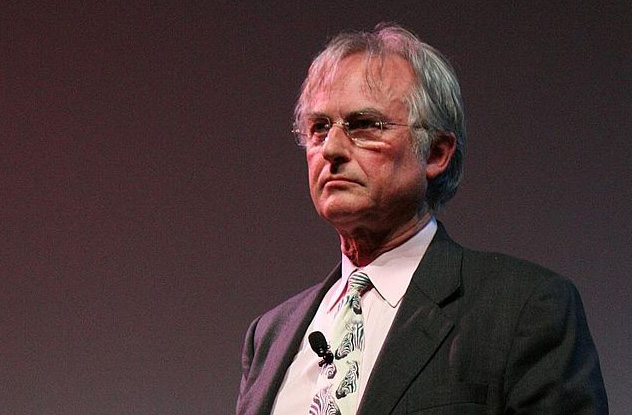 In 2013, science writer and celebrity atheist Richard Dawkins had a brush with airport security. Just before he boarded a flight, his jar of honey was confiscated for breaching the liquids allowance. Dawkins fired off an angry tweet claiming “Bin Laden has won,” triggering a Twitterstorm of mockery. Rather than admit he’d perhaps overreacted and having a laugh at himself, Dawkins turned the incident into a moral crusade.

Taking to The Guardian’s Comment is Free section, Dawkins delivered a hectoring, 850-word rant about why there was absolutely nothing funny about a celebrity scientist having his honey confiscated. He repeated his claim that this was a victory for Bin Laden and derided the Internet for what he saw as puerile attempts to make light of his calamity. He also utterly freaked out on Twitter, managing to somehow make a collection of honey-themed words written on a screen sound like the howlings of a madman staring into the abyss. 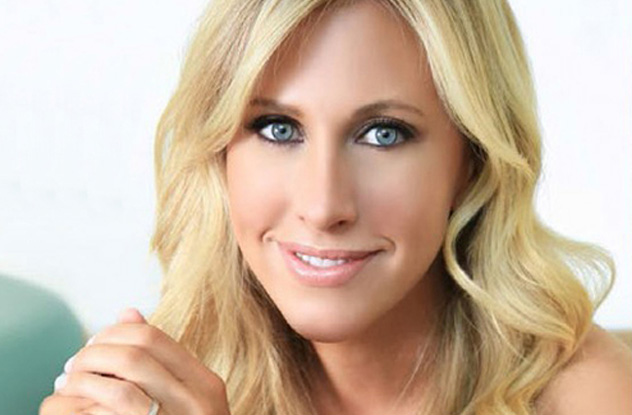 Chick-lit author Emily Giffin has been writing novels since around 2002. She’s appeared on the New York Times Best Sellers list and had one of her books adapted into a film. In other words, you’d think she would be confident enough by now to deal with mild criticism. You’d be wrong.

In 2012, a long-term Giffin fan left a disappointed review on Amazon. Although she felt Giffin’s latest wasn’t up to scratch, she still took care to praise Giffin’s earlier works. Giffin saw this mild critique went psycho on its writer.

Taking to Facebook and Twitter, she called up legions of fans to tear all negative Amazon reviewers to shreds. Since reading a romance writer is apparently like following a crazy cult, the original reviewer was deluged by over 100 messages all telling her what a moron she was. Meanwhile, Giffin claimed the attack was justified because the reviewer had insulted her husband—a lie that conveniently overlooked the conversation chain displayed on Amazon for everyone to see.

3Ayelet Waldman Really Wants To Be The Best 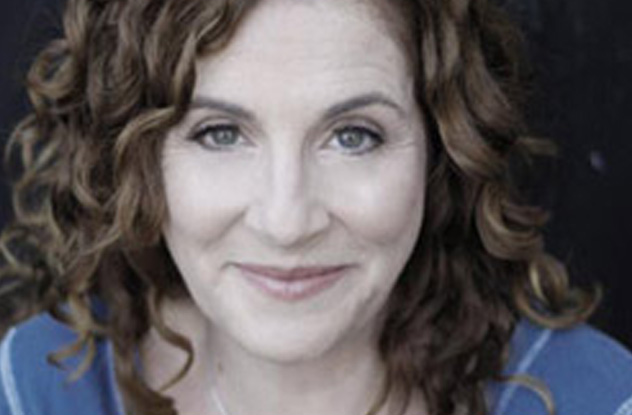 Most aspiring authors would kill for the sort of glowing review Ayelet Waldman’s 2014 novel Love and Treasure got from the New York Times. Not Waldman. Instead of relaxing in the warm glow of critical adoration, she threw a gigantic hissy fit because the paper had left it off their “100 Notable Books of 2014” list.

In a series of tweets that have to be seen to be believed, Waldman claimed “Love and Treasure is a great novel,” claimed she’d spent the whole morning sobbing on the couch, and then went on to trash-talk the quality of other books on the list. She tried to make herself into the good guy by promising to donate a dollar to a scholarship fund for each new preorder of her book. When people called her out on the full extent of her entitlement, she refused to apologize.

The craziest part? Love and Treasure was acknowledged by The Washington Post in their “Top 50 Fiction Books for 2014” list. Walden reacted with “thank you.” 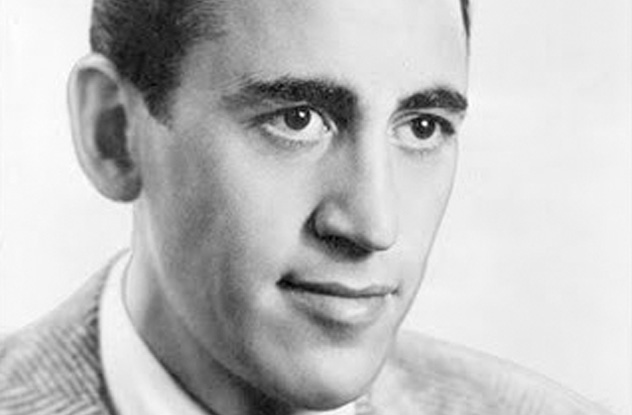 One of the most important components of copyright law is the ability for other artists to use your material for parody. Without this legal loophole, we’d have no Airplane or Naked Gun, and Matt Groening would be the most sued man on Earth. But J.D. Salinger apparently didn’t get the memo, because when a Swedish writer penned a spoof “sequel” to Catcher in the Rye in 2009, he tried to sue the guy into oblivion.

Although most reviewers agreed the novel was clearly a parody or commentary (and also pretty awful), Salinger refused to drop the suit or give any ground. He was still fighting his corner when he died a year later, protecting his legacy from a spoof no one would otherwise have bothered to read. 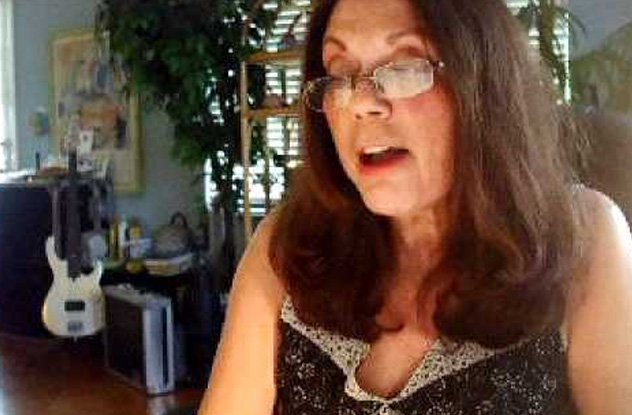 In 2011, indie-book reviewer Big Al and author Jacqueline Howett were mostly notable for their lack of notability. Then Big Al reviewed a copy of Howett’s book The Greek Seaman. The results would go down in Internet history.

Although he praised the story, Al found numerous issues with Howett’s spelling, grammar, and sentence construction. Ultimately awarding the book two stars, he said “reading shouldn’t be that hard.” Howett decided to prove him wrong.

Shocked that anyone could review her book so unfavorably, she took to the comments section of Al’s blog and began copying and pasting positive reviews from Amazon. She also attacked Al personally, claiming he’d downloaded the “wrong” copy and telling him to “ off.” In response, Al quoted some of her bad writing back at her then left the thread for good.

What followed was a 400-odd comment flame war between Howett and the rest of the Internet. When people tried to point out how crazy she was being, Howett just got crazier, digging herself a great big hole of humiliation from which her reputation can now never be extracted.