People do strange things, and they go to great lengths to fulfill their bizarre needs. In the case of the following people, their unnatural drives led to them break the law multiple times. These are not the most violent offenders in the annals of crime, but some are still quite disturbing.

Marilyn Hartman, 63, loves to fly. She just doesn’t like paying for airline tickets. She has repeatedly tried to board airplanes at the San Francisco International Airport and the Mineta International Airport in San Jose. As a result, she’s been arrested almost a dozen times for trying to board a plane without a ticket. In fact, in August 2014 alone, she was arrested three times for trying to sneak onboard without a ticket, leading to her being banned from both airports.

But being banned from two airports didn’t stop Hartman from her strange quest. On February 9, 2015, Hartman, who had somehow made it to Minnesota, managed to board a flight heading to Jacksonville, Florida. Once in Jacksonville, she got on a shuttle heading to a resort. At the resort check-in, she told the hotel employee that she was with the reality show The Biggest Loser. The hotel was hosting guests of the show, so they gave her access to one of the rooms, but when the real guest showed up, Hartman was arrested. However, she was found not competent to stand trial, and the charges were dismissed. 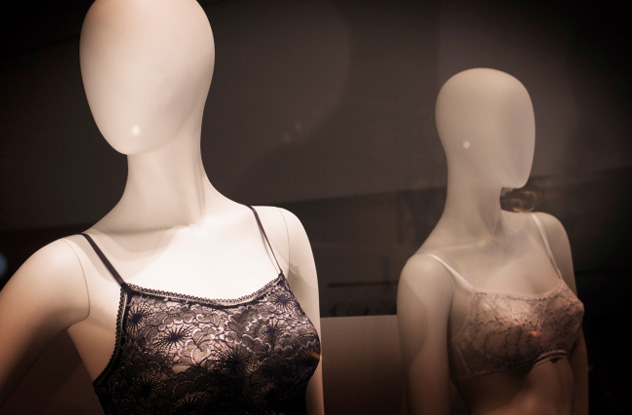 Ronald Dotson’s first run-in with the law happened in 1993 when he stole three mannequins from a store in Detroit. All three were clad in lingerie, and Dotson was arrested in the alley behind the store with them. Over the next 14 years, Dotson, who has statuephilia, was arrested seven times for crimes involving stealing mannequins. His last arrest was in October 2006, when he smashed the window of a cleaning supply store and stole a mannequin dressed like a maid. He had only been out of prison for less than a week when the incident happened.

Due to his habitual nature, Dotson was sentenced to a term of 18 months to 30 years. The judge noted that Dotson had never hurt anyone but called the crimes disturbing nevertheless. The term was structured so that he could be held until authorities are sure that he is not going to re-offend. 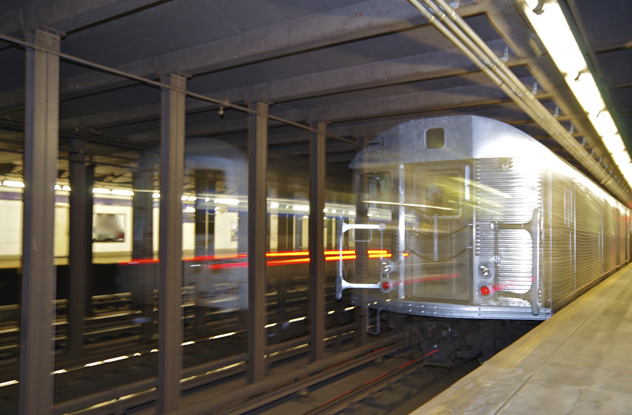 One symptom of Asperger’s syndrome is that the individual can become obsessed with a topic and talk it about endlessly. For Darius McCollum of New York City, his obsession is the New York Transit system.

McCollum first became interested in the transit system when he was 12. He was stabbed by a schoolmate and didn’t want to return to school, so he stayed on the subway. At some point, a transit worker befriended him, and he started hanging out at a crew room at a subway station near his home.

The problem was that McCollum wasn’t satisfied to just ride the subways and buses. He wanted to drive them as well. When he was 15 in 1981, he convinced a subway driver to let him take control of one of the cars. He was arrested over the incident.

Since then, he has managed to get quite a long criminal rap sheet, being arrested 29 times in 30 years. While most of the crimes are harmless, he has stolen or tried to steal several buses and subway cars. The result is that he has spent over 16 years in prison, returning for new offenses each time he is released.

McCollum says he knows the transit system better than any employee they have, but they would never give him a job. His mother says that she has done what she can for her son, including moving to North Carolina, but he keeps finding his way back to New York City. After a trial in 2013, where he admitted to stealing a bus, he received parole and volunteered to get cognitive behavioral therapy. 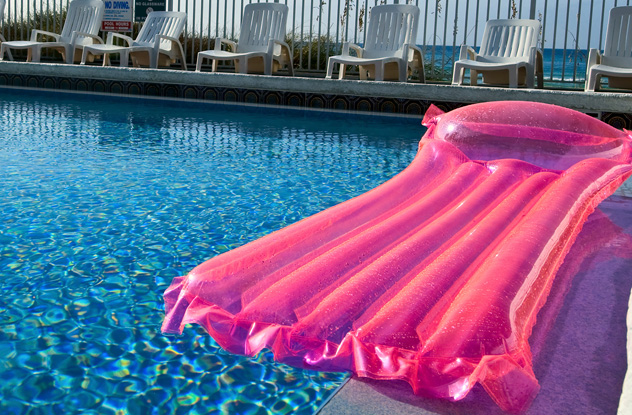 Edwin Tobergta of Hamilton, Ohio, was first arrested in 2002 for having sex with an inflatable pumpkin that was part of a Halloween display.

In 2008, he was again convicted of public indecency for an unknown crime and received five years of community control, also known as house arrest. However, things only got worse from there. In August 2011, he stole an inflatable pink pool raft from one of his neighbors, went to an alley and then proceeded to have relations with it. The neighbor called the police, and they arrested Tobergta. The neighbor took the pool raft back and for some unknown reason kept it.

On July 15, 2013, the temptation became too much for Tobergta, and he again stole the exact same pink raft. And again, he tried to make sweet, sweet love to it. This time, he did it in the middle of the day while children were in the area. He was arrested, pleaded guilty, and received 11 months in prison. He apologized in court and said he was ready to turn his life around.

It is not known if the neighbor threw out the raft this time, but let’s hope so. 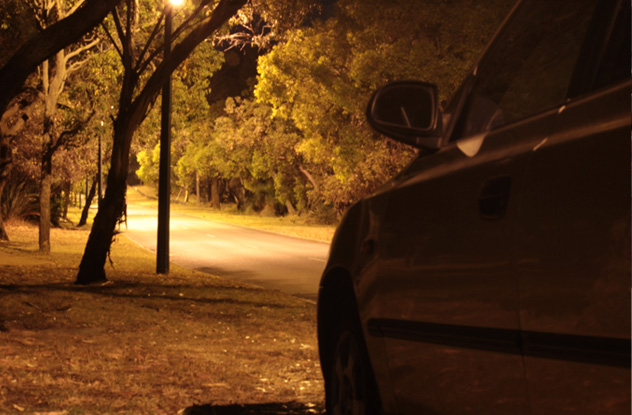 Starting in May 2012, police in Akron, Ohio, got reports that someone had defecated on or (worse) in people’s cars. Sometimes, the feces was smeared on the hood, while other times, the pooper did his business on the door handle. If a person were unlucky enough to leave their car unlocked, the unidentified defecator would leave the owners an unwanted gift on a seat.

Overall, 19 people made reports to the police. However, the reports were almost always made after the victim’s car had been targeted repeatedly. For example, one woman’s car was hit six different times. Police also believe that there could be even more incidents that weren’t reported.

In March 2015, one victim set up a camera to take a picture every 12 seconds. He finally snapped a picture of a man with his bare buttocks hanging over the hood of the car. With the picture, Akron police are hoping they will have a suspect in custody soon.

South Carolina’s Joey Leaphart takes his foot fetish too far. Leaphart says that he approaches women in public places, like fast food restaurants, gas stations, and Walmart. He then asks to kiss their feet or suck on their toes. If he has money, he offers to pay them for the privilege. If the woman says no, he says he just moves on.

However, that isn’t exactly true, because he has been known to employ a few tricks to get some toes in his mouth. One included telling a woman in a Georgia Walmart that he was with the television show America’s Funniest Home Videos and would pay for the 18-year-old’s items if she helped him out. First, he asked if he could take a picture of her foot, to which she agreed. Then, he asked if he could kiss her foot. She again agreed, thinking it was part of a gag video. They went behind a clothing rack and he started sucking on her big toe, and she screamed for him to stop. He said, “It tasted so good though!” Then he ran out of the store. He was arrested a short time later.

Leaphart has been arrested several times, as recently as March 2015. In 2000, he was arrested for sucking the toes of an 11-year-old girl. He received five years in prison for that crime and was put on the sex offender registry.

Leaphart says it is an addiction, and if he could stop it, he would. 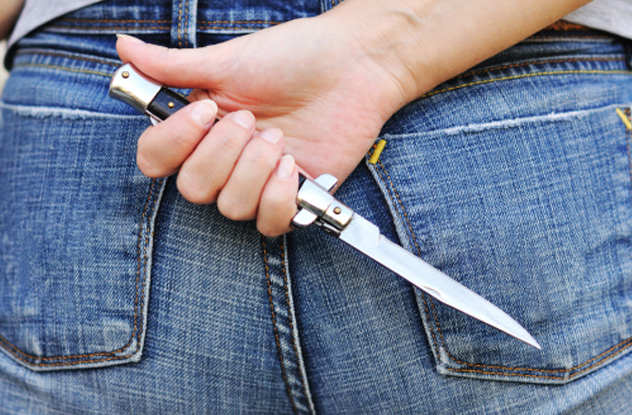 The first report that a man had slashed at the buttocks of a woman at a Virginia shopping center came in February 2011. By August, nine women had reported that a man had slashed at their butts with what they thought was a razor or a box cutter. Each time, there was some sort of distraction, like a clothes rack being knocked over. Then the man would slash the woman and simply walk away. Luckily, none of the women were seriously hurt, but it was becoming a real problem, so the Fairfax County police formed a task force to get to the bottom of it.

Using images from surveillance cameras, they were able to identify Johnny D. Guillen Pimentel as the slasher in September, but he had disappeared from the area. He was later spotted in his home country of Peru and arrested. In December 2012, he was handed over to Interpol and brought back to the United States for trial.

At his trial in September 2013, he pleaded guilty to malicious wounding and two counts of unlawful wounding. He received a 20-year sentence, but 13 years were suspended. 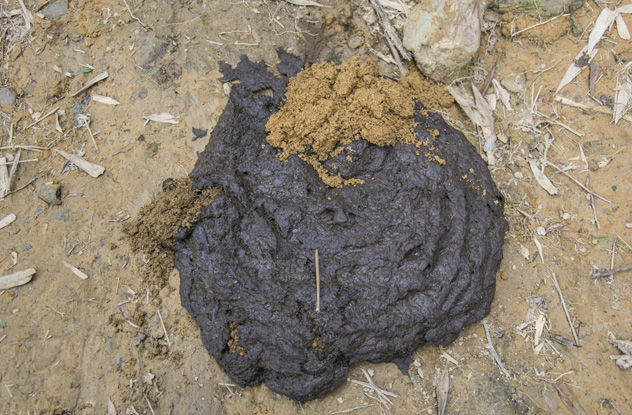 The heart wants what the heart wants. And what David Truscott’s heart wants is cow manure. Starting in 2005, Truscott, who was in his mid-thirties, began visiting a farm in Redruth, Cornwall, in the United Kingdom. At first, he would just take the manure with him. However, that didn’t fulfill his burning desire, so he started rolling around it and smearing the cow poop on himself while performing sex acts. He was arrested and received jail time for his antics in 2005, 2009, and 2011.

The people at the farm tried to stop Truscott from coming back by removing the manure from the field and putting up bollards, but this only infuriated Truscott. So in 2013, he threatened to kill them, and he set part of the farm on fire. The blaze killed one calf. Truscott, who has an autism spectrum disorder, was arrested and sentenced to 10 years in prison, where he’ll receive psychiatric treatment. When he is released, there will be a strict restraining order for him to stay away from the farm. 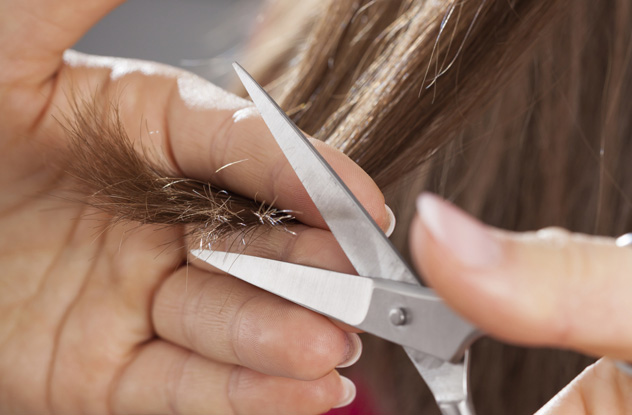 On New Year’s Eve 2009, police in Portland responded to a strange emergency call. A woman has been on a bus when a man cut off some of her hair. Jared Walter, 22, was arrested, and after news of the arrest was released, three other women came forward saying that Walter had cut and even put superglue into their hair. He was sentenced to just over two years.

Less than two months after being released from prison in 2013, things took a darker turn. Walter was again on the bus, but instead of cutting hair, he masturbated and then ejaculated into the hair of at least three women. He received another two years in prison.

Walter was released in late 2014 and was banned from the TriMet transportation system, but that didn’t stop him from trying to style women’s hair. He had been out of prison for a month on New Year’s Eve 2014 when he tried to cut the hair of a woman in line at a dollar store. He was arrested again and is currently awaiting trial. 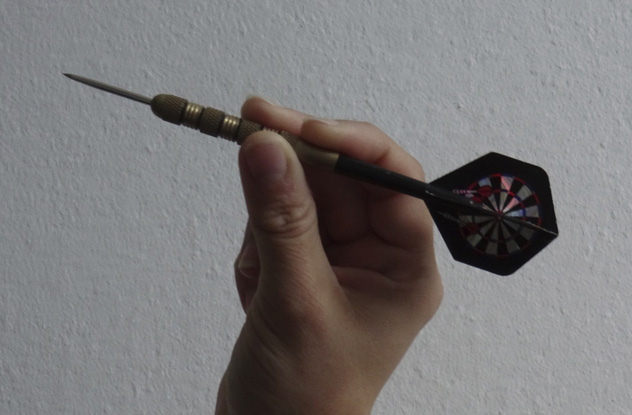 The first assault in this strange crime spree happened on June 13, 1990, in New York City. A woman reported that she had been assaulted in a strange manner—someone had shot her in the buttocks with a small homemade needle dart. While that crime was strange enough, she wasn’t the only victim of the man armed with a blowgun. From June 13 to July 7, 55 women, all of them well dressed in skirts or business attire, were pricked by a dart. Luckily, none of the darts were tainted, and none of the women were seriously injured.

The bizarre serial assaults came to an end on July 10, when 33-year-old Jerome Wright was arrested and three witnesses picked him out of a lineup. He was initially charged with second-degree reckless endangerment and harassment for the three assaults in which a witness had identified him. He faced seven years in prison, but the charges were reduced to misdemeanors, and he didn’t have to serve any time in jail.