The modern information age has made it more important to sell things in a politically correct way. The way someone phrases controversial things can make or break the reaction people have.

Luckily, certain groups have been able to make awful things sound surprisingly appealing. Some of their most blatant examples are also some of the most amusing. 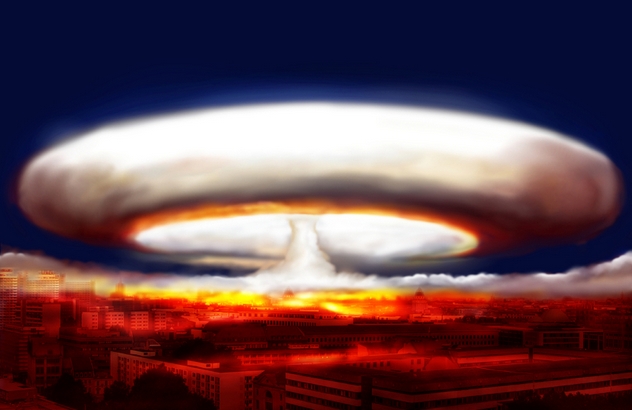 The Pentagon realized long ago that selling people on thermonuclear weapons requires some changes in lingo. In the late 1970s, the Pentagon was trying to get Senate funding to develop the neutron bomb. Instead of actually calling it a neutron bomb, it was termed an “enhanced radiation device.” It turns out that the trick worked, and the Pentagon got the funding it asked for. The term “enhanced radiation device” continues to be used today.

Technically, the Pentagon wasn’t really lying. The neutron bomb does release far more radiation than a standard nuke. The main benefit (in the military’s eyes) was that the blast was smaller and very little of the radiation was residual. This meant that a lot of people would die instantly and that cities wouldn’t be turned into rubble. The US military felt this would be a great way to kill Soviet troops while leaving most of the surrounding buildings intact. Unfortunately, the term that was chosen for the weapon sounds more like a cancer treatment than a nuclear bomb. 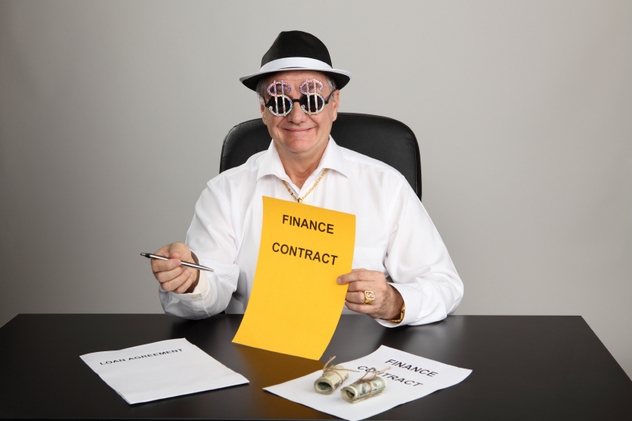 The financial industry is perhaps the most despised industry in the world. In recent times, there have been large-scale demonstrations against Wall Street and crony capitalism. There have also been too many anti-banking documentaries to count. Essentially, there is a lot of controversy in the financial sector.

People are not satisfied. For that reason, the financial world has to become more creative in its approach. Perhaps, that’s the motivation behind the terms the finance industry uses. Financial practices which use loopholes to unethically portray a positive image are now referred to as “creative accounting.”

The financial losses of the past decade have caused horrifying effects on the economy. Maybe that’s why Wall Street refers to them as “negative profits” (as opposed to optimistic profits). Topping that off, the financial sector now terms people who don’t rely on it as having a sort of deficiency. People in finance refer to those who use cash instead of credit cards as “underbanked.” 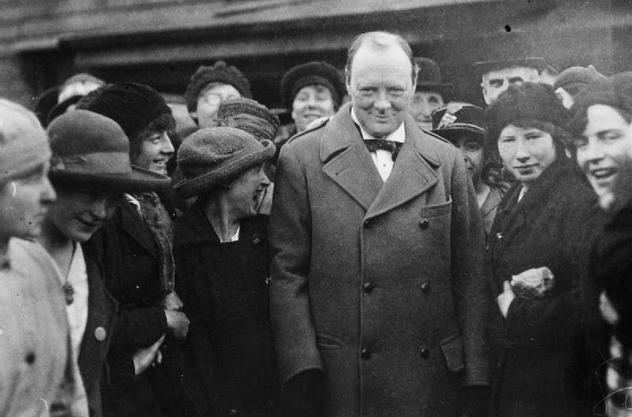 In 1906, British Prime Minister Winston Churchill was campaigning for Parliament. One of his biggest talking points during the campaign was how the previous government brought in 60,000 Chinese citizens as indentured servants. These citizens were used for British labor, and many felt this was exploitation. Churchill sided with the people who saw this as all-out slavery, and he denounced the policy.

After Churchill was elected, he realized he needed to backtrack on his previous remarks. He didn’t want to put the British Crown at fault by saying it supported slavery, but he also didn’t want to seem like a liar. In his change of heart, he refused to say it was a lie that Chinese indentured servants were actually slaves. Instead, he made a speech where he called it a “terminological inexactitude.” It was PR gold.

This soft term has been recycled over the years. Former US Secretary of State Alexander Haig also conveniently made use of it. He defended himself at one point by stating, “That’s not a lie. It’s a terminological inexactitude.” 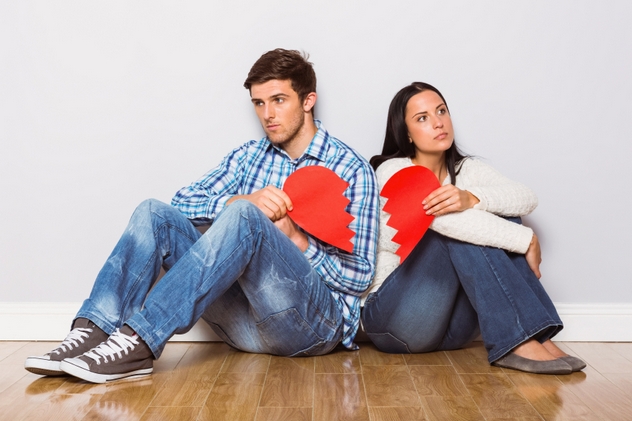 Divorce rates are at an all-time high. In the United States alone, there is a 53-percent divorce rate. In the UK, that number is 42 percent. Obviously, this is a sensitive issue for several people. This is exactly why a Los Angeles psychologist decided to make divorce easier by calling it “conscious uncoupling.”

Katherine Woodward Thomas took the heat off divorce by publishing a book about it. In the book, she refers to divorce as “conscious uncoupling.” Celebrities have since found this friendly term to be important in their heavily published divorce cases. Gwyneth Paltrow remarked about her recent divorce, “We hope that as we consciously uncouple and co-parent, we will be able to continue in the same manner.”

This term has indeed caught on like wildfire. Many respected news outlets and law firms have used it in place of what most people would call an uncontested or amicable divorce. Perhaps the future will be a new frontier for “conscious uncoupling lawyers.”

Hurricane Katrina was one of the worst natural disasters the United States has ever faced. Not just for the damage it did but also for the all-out, criminal free-for-all it became. Citizens of New Orleans turned the disaster into a chance to loot “free stuff” from various stores around the city. The cops themselves were not immune to this behavior.

Twelve officers were found looting items from the shelves of a local Walmart during the chaos. This naturally aroused much controversy. The New Orleans Deputy Chief of Police Marlon Defillo was appointed to respond. He made it clear that the authorities were investigating the actions of these officers. Instead of calling it looting, however, Defillo said they were looking into the “appropriation of nonessential items.”

MSNBC reporter Martin Savidge happened to be in the Walmart with his camera crew during the whole ordeal. In the video, police officers are seen looting various items off the shelves side by side with civilians. When questioned, the officer seems to become evasive, defensive, and nervous. At the end of the clip, the reporter appears to have no doubt that the officers are “appropriating nonessential items.” 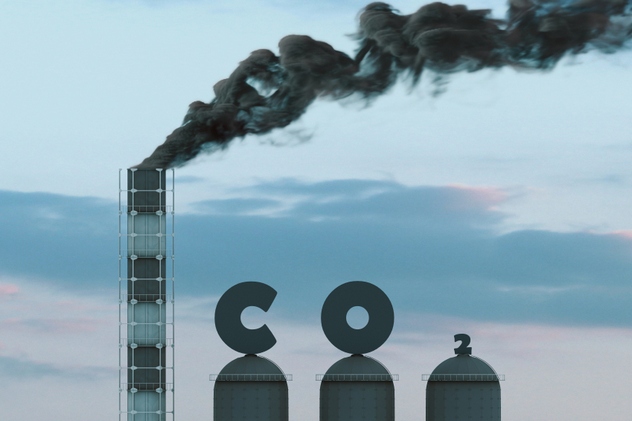 Pollution is a big problem for everyone. As big as it is, not all people see eye to eye. Environmentalists (and just about everyone else) see it as a threat to life on Earth. However, corporations responsible for pollution don’t seem to want to address it. Unless, of course, they have no choice. This is where the PR department comes in.

Implicated groups have come up with several non-emotionally charged terms for pollution over the years. For example, Orica is a massive Australian mining company that produces chemicals and explosives for mining operations. The company faced controversy when 900 kilograms (2,000 lb) of ammonia gas leaked from its factory. Instead of calling it an ammonia leak, Orica deemed it “fugitive emissions.” Unlike most fugitives, there was no hope to catch them.

Orica won the “worst words” award from the Plain English Foundation for this “fugitive emissions” term. The pollution doublespeak doesn’t end there, however. Smoggy cities are now called “nonattainment areas” by the EPA. Chemicals that contaminate water are called “runoff.” Controversial oil drilling is referred to as “energy exploration.” Companies that continually put out illegal amounts of pollution are producing “routine exceedances.” 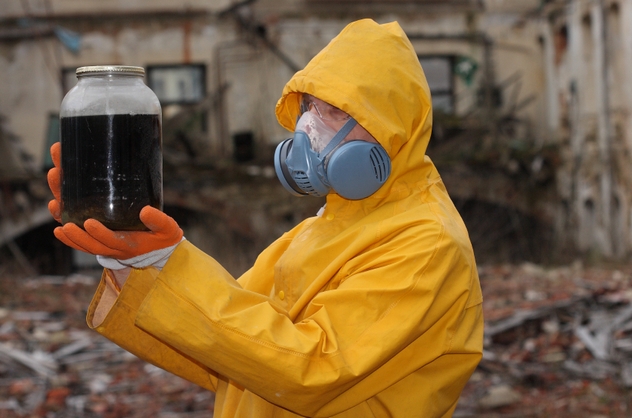 Many people are not aware that a large amount of tap water comes from sewage. The sewage is decontaminated, filtered, and put into municipal water systems. After the refining process is over, there is a great deal of sewage sludge left. One day, someone had the brilliant idea to ask, “How can we make some money off this stuff?”

Today, sewage sludge has been renamed “biosolids” and is used to fertilize the food we eat. A large biosolids industry has sprung up, because biosolids are a cheaper alternative to manure. Basically, all that human waste is just sitting there, waiting to be turned into dollars.

Due to the friendly name, biosolids have spread far and wide. They are used to fertilize just about everything. The EPA admits that properly processed sewage sludge and biosolids are the same thing. One of them just sounds a whole lot more edible than the other.

There are some concerns that have surfaced about the safety of biosolids, and they remain a controversial issue. Humans accumulate a lot of environmental toxins, since they are at the top of the food chain. This is the main concern. For this reason, regulations currently do not allow biosolids to be used on certified organic food.

The destruction of the Challenger space shuttle in 1986 was the biggest disaster NASA has ever faced. Just 73 seconds after takeoff, spectators watched as the crew and ship were obliterated before their eyes. President Reagan gave an address to the American public shortly afterward, and the story dominated the news cycle for a long time.

Naturally, NASA was going to soften the emotional effects of the disaster. One of its downplaying attempts was to create some changes in wording. In the now-infamous response, NASA spokespeople referred to the disaster as an “anomaly.”

If calling it an anomaly wasn’t bad enough, NASA went even further to call the charred bodies “recovered components” and the coffins for the victims “crew transfer containers.” Many major news outlets noted the ridiculousness of the statements. It seemed so absurd, in fact, that NASA won the 1986 Doublespeak Award from the National Council of Teachers of English.

Whaling is a well-known illegal practice. The International Whaling Commission issued a global ban in 1986. Even so, the market hasn’t gone away. Hunting whales is big business. The meat, blubber, and bones provide lots of money that many countries do not want to give up.

Japan has been the most clever in trying to get around the global restrictions. Before they were put in place, whaling was a massive Japanese industry that took the lives of over 900 whales per year. After the ban, the Japanese decided they would start calling it a different name. They termed it “scientific whaling.” Although they were still selling the meat, the Japanese suddenly started doing it all for research purposes. 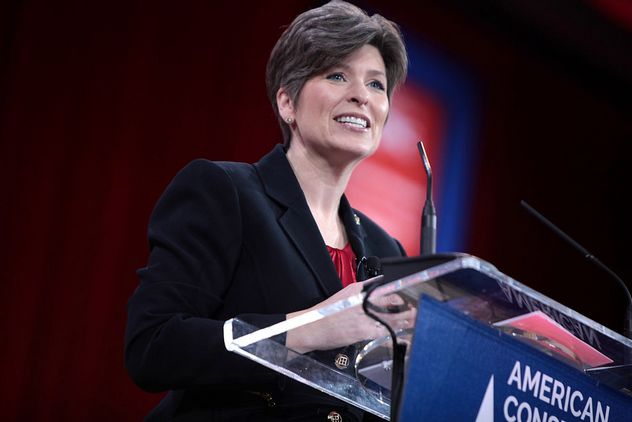 The Keystone Pipeline was one of the most controversial environmental debates of the last decade. The proposed oil pipeline would have extended from Canada to the Gulf. Environmentalists felt it would devastate the ecosystem, and Native Americans were upset about the pipeline going through their reservations without them being asked for permission.

Oil companies had billions of dollars to gain with the construction of the pipeline. They had so much at stake that they spent millions of dollars lobbying politicians. Senator Joni Ernst was one recipient of this lobbying money, and she was also one of the biggest champions of the pipeline. She introduced the Keystone Pipeline bill, and called it the “Keystone Jobs Bill.” This created great controversy among its detractors.

Ernst also referred to the pipeline as a “bipartisan infrastructure project.” The lingo change didn’t work, though. The Keystone Jobs Bill was eventually vetoed by the president in 2015.

Derek is a professional writer with a passion for learning and a limitless sense of curiosity. Follow him on Twitter or email him.