As we’ve discussed before, Earth’s natural landscape is full of perplexing scientific mysteries. The quest to know comes with its fair share of new questions, but sometimes, science succeeds in answering some of these mysteries. 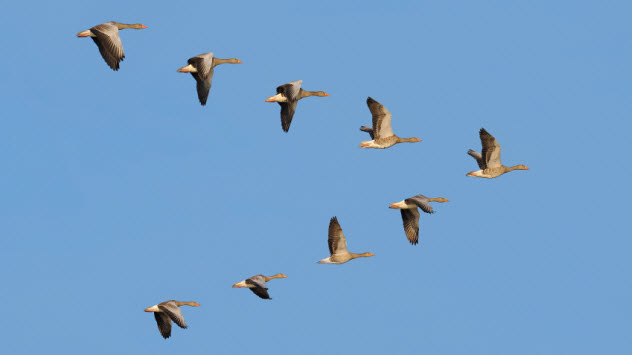 Birds undertake some of the most mind-boggling journeys in terms of scale and never seem to lose their way while doing so. Exactly how they do it is one of the most perplexing enigmas to scientists and bird-watchers alike, especially the physical processes involved in the phenomenon.

However, a team of scientists from Peking University in China seems to have figured it out. The answer lies in the birds’ proteins.

We’ve always believed that birds travel via the magnetic field. So the Chinese researchers built on that idea by testing the birds’ proteins for clues. Sure enough, they found that the protein complex in pigeons and monarch butterflies aligns with the Earth’s magnetic field, shifting the alignment whenever they turned or otherwise headed in the wrong direction.

For the first time in history, this research revealed the anatomical structures that allow a bird to find its way home. This is a huge step toward understanding navigation in birds and other animals.

9 Where The Penis Comes From 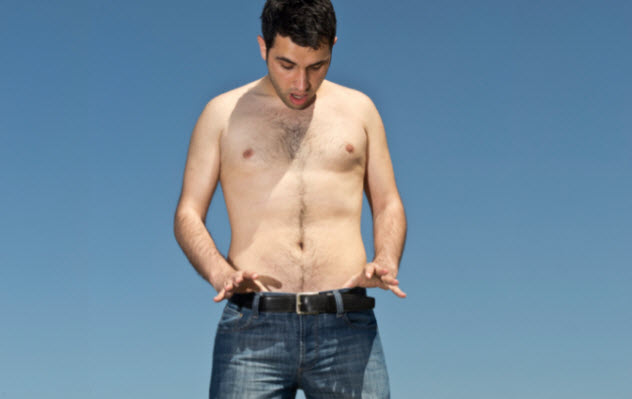 Although a lot of species reproduce sexually and it seems to be humanity’s favorite activity, the evolution of the male penis has been a mystery to science for a long time.

The developmental path is different in all animals, originating from different bones and tissues depending on the species. However, a team of biologists studied the early embryonic stages of various animals with penises and finally came up with some answers.

In all the animals, a special cavity called the cloaca later becomes and houses the penis. The position of the cloaca obviously decides the positioning of the penis, which is in the pelvic area for humans. To confirm this finding, the scientists attached the cavity to non-penile areas on a chicken embryo and found that penises would grow there, too.

8 How Birds Lost Their Teeth 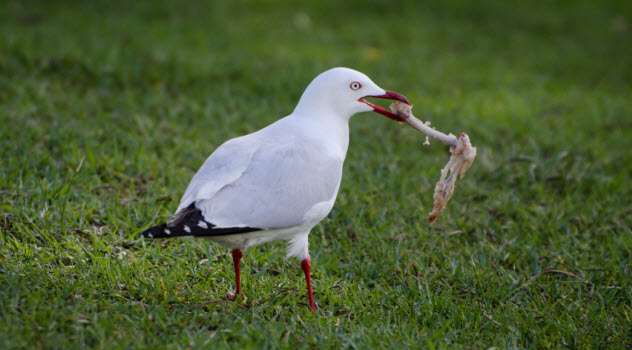 Birds, the direct descendants of dinosaurs, went through multiple paths of evolution to reach their current state. However, there is a lot that we don’t understand about our airborne peers, especially their lack of teeth.

Although birds once had teeth, they gave them up at some point in favor of beaks. We didn’t have any idea how or when until scientists began to study the genome of birds.

Researchers studied the tooth-making genes of 48 different bird species, which led to a common ancestor about 116 million years ago. Part dinosaur and part bird, this ancestor ate with a partial beak and teeth because the half-formed beak was not enough for survival. Eventually, this ancestor evolved into nearly all of the birds that we see today.

7 What Keeps Our Oceans Free Of Harmful Ammonia 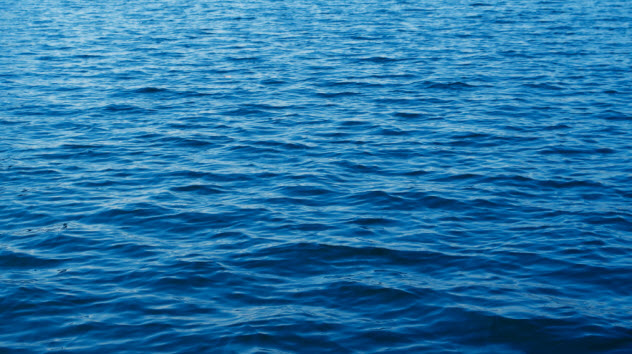 The ocean is a beautiful aspect of our planet, full of various plants and animals that call it home. However, those living things also die. Considering the sheer size of Earth’s oceans, that’s a lot of dead bodies piling up. Assuming that the death rate for aquatic life is similar to ours, Earth’s oceans should look like huge pools of rotting fish corpses.

For a long time, scientists weren’t sure what was going on. They postulated that some kind of organism was eating up the harmful ammonia from the dead bodies and turning it into nitrous oxide, which is abundant in our oceans.

These microbes are called archaea and are different from all other organisms known to us. We don’t understand them well because they can’t be grown in the lab for scientific study.

Then a researcher accidentally put four bottles of seawater in a refrigerator for 1.5 years. The cold conditions had killed off all the organisms in the water except archaea.

When the researcher compared the composition of the nitrous oxide coming from the archaea in the water bottles to that of the ocean, it was largely similar. In fact, it was the first time that archaea had been studied in an observable environment. 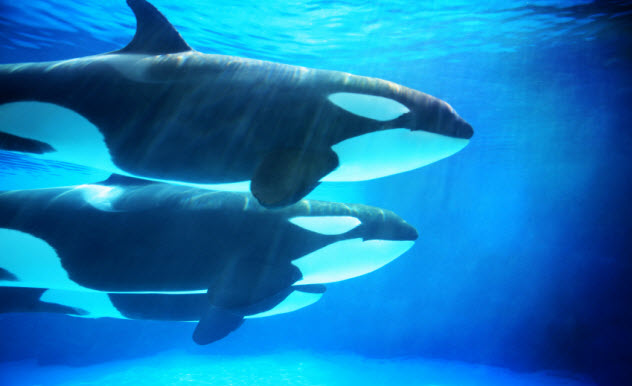 A long time ago, some water-based animals on Earth decided to move onto dry land. As they developed limbs and other means to survive, they evolved into the mammals that we see today.

But an even bigger mystery is how they breathe. For example, whales can stay in the water for a long time, but they have to surface to breathe oxygen from the air to survive.

Researchers at the University of Liverpool studied the behavior of myoglobin, a protein in diving mammals that is responsible for the oxygen in their muscles. The scientists discovered that myoglobin had a special property that helped these mammals stay underwater for longer periods of time.

Myoglobin is positively charged. This repels the other proteins, prevents them from clumping together, and allows the myoglobin to store a significant amount of oxygen. That store of oxygen lets diving mammals stay underwater for intervals as long as one hour, which land mammals can’t do.

In the 1950s, scientists stumbled upon a mysterious deep-sea animal off the coast of Sweden that confounded them until early 2016. The creature was literally shaped like a purple sock. Scientists had no idea what it was or where it belonged in the evolutionary cycle. The purple sock creature was unlike anything they had ever seen.

However, researchers from the Scripps Institution of Oceanography recently discovered new species belonging to the purple sock creature’s genus of Xenoturbella. From their studies, scientists have determined that this genus played a pivotal role in the evolution of all animals.

The researchers placed this genus at the base of the evolutionary progression of animals. These species have no brain or other organs that are found in other animals. There is just a hole that functions as a mouth and a rectum.

Although there is still a lot to learn from the purple sock creature, it may help us to answer the ultimate question: How did humans come to be?

4 Where Earth’s Water Came From 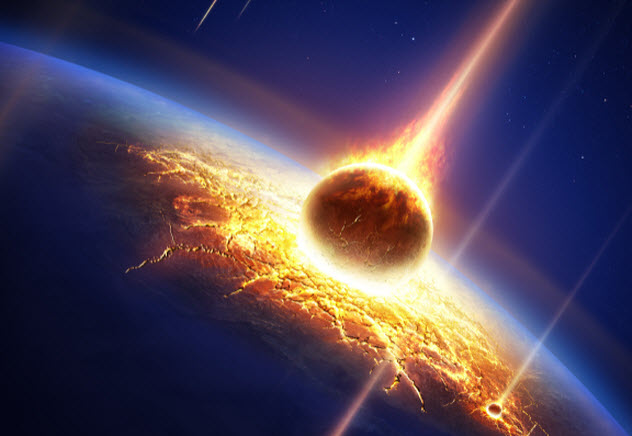 Water is the key to life on Earth, but its origin on our planet had been a mystery. Until recently, we had no idea whether water came here on a meteorite or whether it developed independently on Earth. Finally, some newer studies have settled the debate. Water was here all along and facilitated the birth of the first organisms.

In one study, researchers examined some meteorites and found that Earth’s water originated when the solar system was in its early planet-making stages. This is much earlier than previously thought and suggests that water was formed with the planet.

Another study on lava in Canada yielded the same results. Those researchers concluded that water on Earth had more ancient origins than the Sun. Although scientists are still debating these new conclusions, it seems as though we have a working answer for now.

3 How The Giraffe Developed A Long Neck 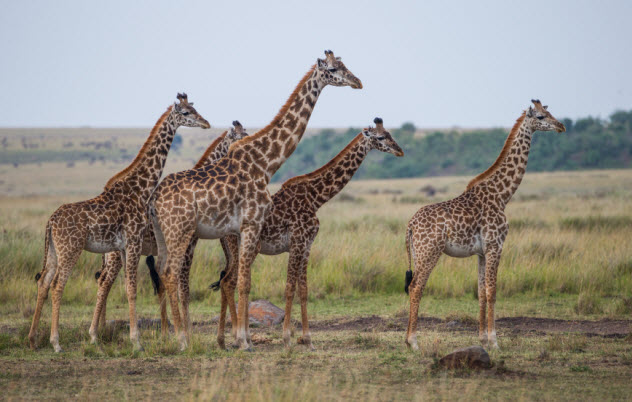 With its unusual neck, the giraffe has always been a favored topic of discussion among evolutionary biologists. Charles Darwin certainly had a lot to say about giraffes. But as we discussed earlier, the long-standing theory that giraffes were positively selected because they could reach higher leaves doesn’t seem to be correct.

The giraffe’s neck is a unique trait in nature, yet we had no clue how it evolved for the longest time. That has changed since scientists took a closer look at giraffe fossils.

They found something that no one was expecting: The giraffe’s neck didn’t evolve all at once as we had previously believed. Instead, it happened in stages and was actually going on before giraffes even existed.

Different parts of their vertebrae evolved at different times, resulting in the long necks that we see today. While we still don’t know why giraffes developed longer necks, we now know how they did it. 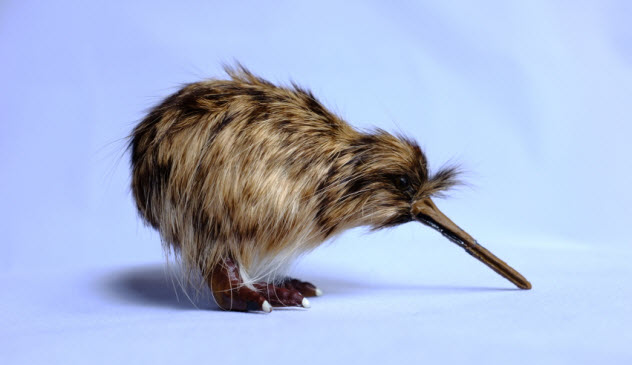 Viral animal videos have taught us that flightless birds are all jerks. From an evolutionary standpoint, they are also one of nature’s biggest enigmas.

Even if we ignore the question of why they gave up flying, the mystery of how they crossed the continents without the ability to fly has confounded us for about 150 years. The separation of continents had already begun when they evolved, so it was impossible to get across the oceans without flying.

However, a recent report has revealed that all flightless birds (aka ratites) evolved from one bird that did fly about 60 million years ago. It was previously thought that the birds had evolved separately after the continents started drifting apart but before large mammals developed.

Then researchers proved that there was a close relationship between two seemingly distinct ratite species—the kiwi and the elephant bird, an extinct species from Madagascar.

This is not the first time that researchers have discovered genetic kinship among different ratites. In the 1990s, studies showed that emus were also close cousins of the kiwis.

1 How Life Originated On Earth 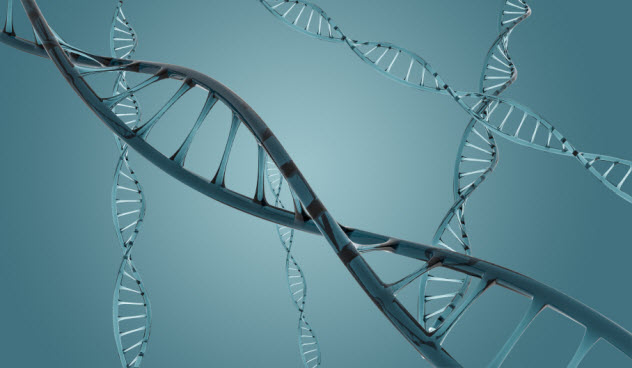 How the first organisms developed on Earth has always been a big question mark. Charles Darwin hypothesized that a “primordial soup”—a mix of various ingredients for life in a literal puddle or pond—probably served as an incubation center for the first living molecules.

However, there have always problems with that theory. For example, RNA is the molecule that is widely believed to have been the first form of life on Earth. But RNA can only be replicated with the complex protein molecules that it forms later. So how did it come to exist in the first place?

After studying the conditions on Earth around the time that life originated, British researchers proved that everything required to make RNA was present in the environment at that time.

The scientists artificially created 50 nucleic acids—the building blocks of RNA—from hydrogen sulfide, ultraviolet light, and hydrogen. All three were present on Earth when life originated. Although scientists have previously theorized that RNA developed before proteins, this was the first time that someone proved that RNA could exist without proteins.

+ How Owls Fly With No Sound 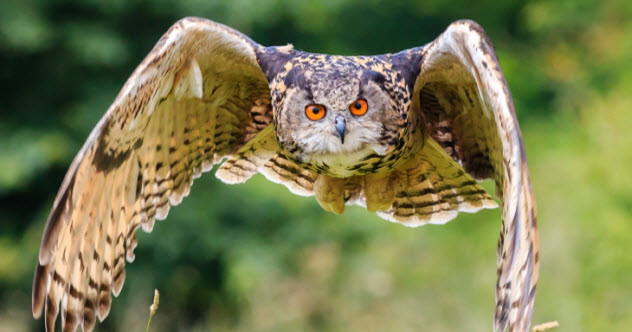 Owls aren’t particularly special creatures. Apart from their weird sleeping schedule and creepy eyes, not many people give them a second look. However, scientists have always been fascinated by the owl’s ability to fly without making a sound.

To determine how this occurred, scientists recently used high-resolution microscopes to examine owl feathers. The bird’s feathers have at least three different characteristics that combine to produce noiseless flight: a rigid comb of bristles on the front edge, a flexible fringe on the trailing edge, and a soft material that is spread evenly on the top part of the feathers.

No other bird has been found to have such sophisticated wings. This discovery has already inspired a material that could one day aid in the production of noiseless airplanes.