Every now and then, authors become worn down by writing the novels that made them famous and take a step back to write something about which they’re truly passionate. A literary writer may dabble in fantasy or vice versa. But occasionally, it’s more than just switching genres. Sometimes, the author writes something completely insane.

10 Why Pedophilia’s Not That Bad
Piers Anthony 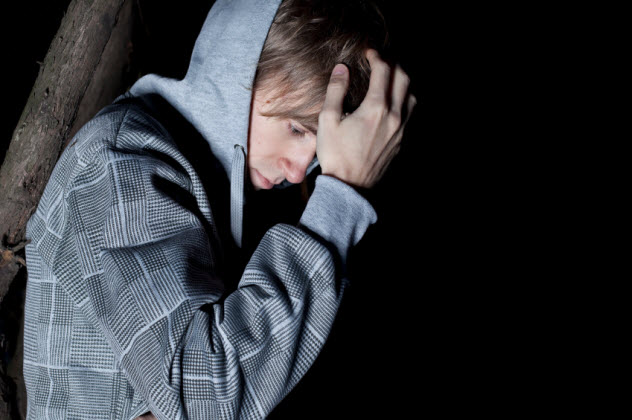 In 1987, a 15-year-old boy ran away from home to live with his favorite fantasy author, Piers Anthony. The boy hopped on a plane, tracked down where Anthony lived, and showed up at his door with a bag full of his things. Anthony welcomed the teen into his home with open arms.

That story made its rounds on NPR’s This American Life and seemed like a touching, adorable moment in a child’s life. However, there was an important detail missing that would have changed it into a horror story: Piers Anthony likes kids a bit too much.

There’s no proof that Anthony’s ever done anything illegal in real life, but he’s certainly written about it. Outside his popular Xanth series, Anthony has written a lot of books that teach the same lesson: Having sex with kids is okay as long as they consent.

For example, his book Tatham Mound features a graphic sex scene with a 10-year-old girl. Anthony justified the whole affair by saying, “He had learned enough to know that age was not the criterion; the will of the maiden was.”

It’s like a little disclaimer that says, “It’s not weird that I’m about to describe sex with a girl ‘hardly 10 winters old’ because she’s willing. So don’t freak out, guys.”

He also wrote Firefly, which has a man go on trial for having sex with a five-year-old. The book features an impassioned speech from the defense lawyer.

He admits that his client had sex with a five-year-old but says that he’s “morally innocent” because “they were lovers, in the truest sense, age no barrier.” Then the lawyer declares, “The law may say he is guilty, but the law is sometimes an ass.” The fictional jury nods in agreement.

In the real world, it appears that the kid who visited Piers Anthony made his way home safely and wasn’t hurt. 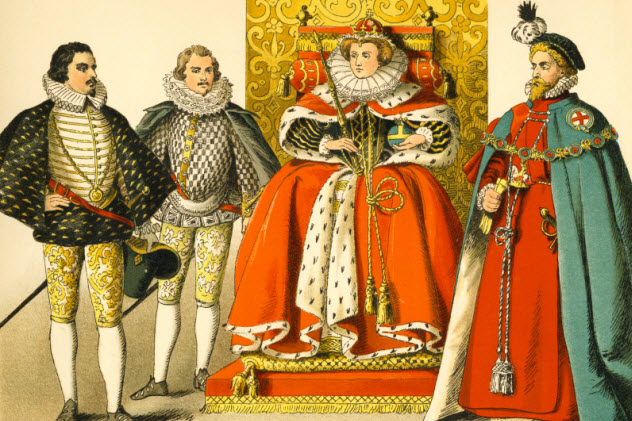 As Mark Twain was working on two future masterpieces simultaneously, he was surely plagued by these questions: Which one will define my future career? Which will be remembered? Will it be Huckleberry Finn, the story of a young boy’s adventures? Or will it be my short story “1601”?

In case your school didn’t have it on the curriculum, “1601” is the story of Queen Elizabeth’s search to find out whether Shakespeare farted. The story is presented as a diary entry from 1601 and is written in incredibly formal Elizabethan language. It may also be one of the filthiest things you’ll ever read.

The story opens with Queen Elizabeth, Walter Raleigh, Francis Bacon, Ben Jonson, and William Shakespeare sitting down for tea. The plot heats up when somebody farts, which is vividly described as “yielding an exceding mightie and distresfull stink.”

From there, the story morphs into a mystery as Queen Elizabeth tries to uncover whose behind is behind it. She accuses everyone from Ben Jonson to William Shakespeare.

It turns out that Walter Raleigh did it. But he didn’t confess because he was “ashamed to call the weakling mine in so august a presence.” When the mystery is finally resolved, the story falls into a stream of dirty jokes. 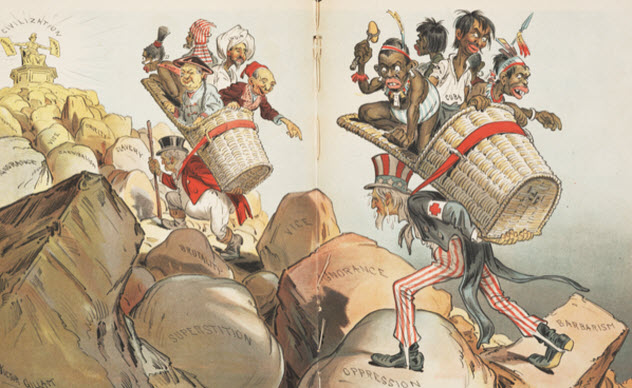 We know Rudyard Kipling as the author of The Jungle Book, the beautiful story of a boy raised in the jungle that’s been adapted into countless films. But you might not realize that the person who created the adventures of Mowgli also wrote the poem “The White Man’s Burden.”

Kipling’s poem was massively popular in his time. He wrote it in 1899 when the Philippines was fighting for its independence from the US. Many people don’t know that the US colonized the Philippines.

Kipling thought that it was great to dominate the people of an Asian country halfway around the world. He specifically wrote “The White Man’s Burden” to convince Americans not to give the Philippines its freedom.

By modern standards, the poem is incredibly offensive. It refers to nonwhites as “your new-caught, sullen peoples, half Devil and half child” and “those ye better.” It also criticizes nonwhites for complaining about white people bringing them “to the light” by colonizing them.

Today, “the white man’s burden” is a phrase that goes hand in hand with British imperialism and racism.

7 Why Cats Are Better Than Dogs
H.P. Lovecraft 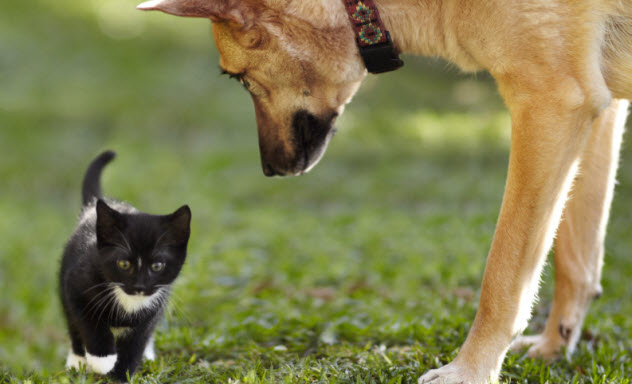 H.P. Lovecraft is a controversial character. Although he is loved by many for his masterpieces of weird horror, it’s hard to get past some of his essays. His lesser-known works espouse the ideas of racial superiority, eugenics, and “lesser beings.”

Of course, we’re talking about his essay on why cats are better than dogs. Lovecraft wrote a 10-page, unsolicited article that vilified cats and sent it to a magazine called Leaves. The article is downright crazy.

Lovecraft doesn’t just say that cats are fluffier or cuter. He actually accuses people who like dogs of being “unimaginative,” “satisfied with the daily round of things,” and subscribers “to the popular credo.”

He doesn’t stop there, either. Lovecraft directly accuses dog lovers of ruining civilization. He writes that dog lovers are “submerged [in the] abasement which ruined classic civilization in the Dark Ages.”

An entire section of the essay argues that we can “judge the tone and bias of a civilization by its relative attitude toward dogs and cats.” He also credits the success of the Egyptian pharaohs to the fact that they liked cats best.

It’s well-known that Lovecraft held some racist views. Even in his essay about cats and dogs, he makes a point of saying that “Negroes” aren’t human beings. Still, no matter how racist he was, he didn’t seem to hate any human as much as he hated dogs. 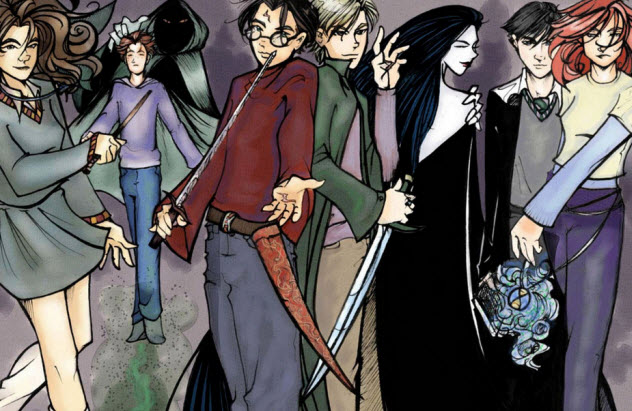 Cassandra Clare’s The Mortal Instruments is massively successful. Her books are best sellers that have been adapted into movies, TV shows, and more. So it’s rather strange that her earlier work hasn’t received the same attention. By “earlier work,” we mean her homoerotic Harry Potter fan fiction.

Clare got her start in fan fiction by writing a series called The Draco Trilogy. The trilogy tells a story in which Draco Malfoy teams up with Harry Potter and his friends.

Toward the end, Draco and Harry become really close and the story gets a little homoerotic. More than a few people have noted that their relationship seems to be more than just a friendship.

It seems weird that a famous author got her start by writing fan fiction about Harry Potter and Draco Malfoy having crushes on each other. But it gets worse. There’s a strong argument that her mainstream work is about the same thing. Many people believe that her Mortal Instruments books were actually adapted from the Harry Potter fan fiction. 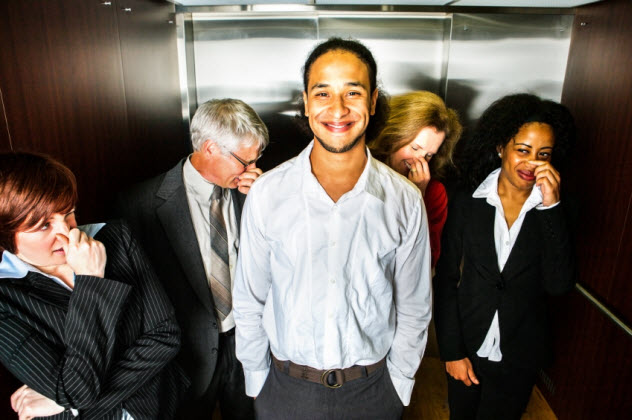 Although Benjamin Franklin is remembered as an inventor and a Founding Father, he was a writer, too. His Poor Richard’s Almanack was one of the most successful books of its time and is full of sage advice that continues to be shared today.

It’s strange then that we tragically overlook his wise essay “Fart Proudly.” Franklin’s lengthy article defended the practice of farting, protesting that people only object to farting because of the smell.

His essay builds to a call for “learned physicians, chemists, [and others] of this enlightened age [to] discover some drug [that] shall render the natural discharges of wind from our bodies not only inoffensive but agreeable as perfumes” so that we may “fart proudly.” 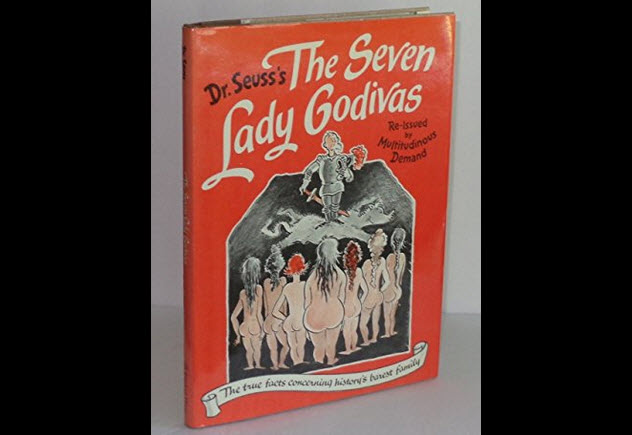 Before Dr. Seuss started his career as everyone’s favorite children’s author, he made an unusual deal with Random House. Seuss demanded a clause in his contract that allowed him to write a book about seven nudist sisters before he started writing children’s books. 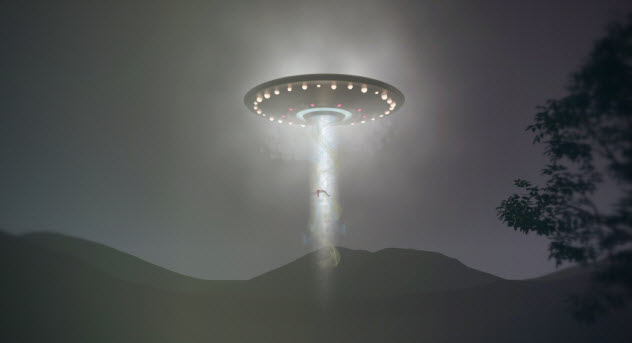 Before it was a Disney movie, 101 Dalmatians was a novel written by a woman named Dodie Smith. She also wrote a sequel, but it was a bit different than Disney’s version.

Smith’s sequel is called The Starlight Barking. It starts with a space alien putting all humans and animals except dogs into a deep sleep. As it turns out, the space alien is the lord of the Dog Star.

He has frozen the planet to let the 101 dalmatians escape Earth before humans destroy it in a nuclear war. Of course, this story was written in the 1960s when Cold War themes were dominant in science fiction.

Unsurprisingly, Disney passed on the chance to adapt this story into a film. 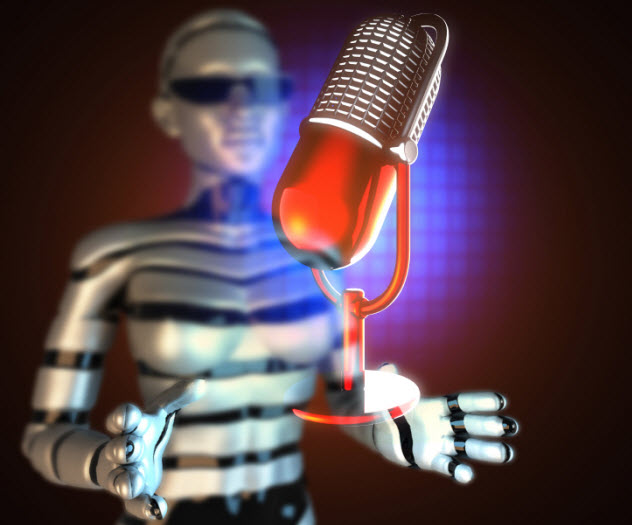 In 1953, before Johnny Cash was famous, he considered a career in science fiction writing. Cash penned a book called The Holografik Danser, a dystopian story about a future in which America has been conquered by Russia.

Although the US has been nearly laid waste through nuclear attacks, Cash centers his story on the entertainment industry. He focuses on holographic entertainment that is piped through phone lines and comes out as holographs.

Cash’s sci-fi story never took off, and he never found a publisher. But that might have happened because he refused to write in standard English. The entire story was written in a grammarless, phonetic version of English that Cash expected to become dominant in the world in the future. So the story is almost unreadable.

Cash had to settle for the lesser dream of being a music legend. But his book finally found a publisher 48 years later in 2001 after his daughter Rosanne Cash found the manuscript. 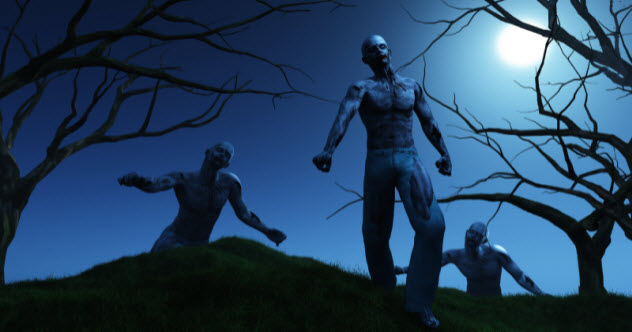 George R.R. Martin isn’t a family-friendly writer. Game of Thrones is filled with incest, rape, and murder on every page, so it would take a lot to shock his readers. But Meathouse Man seems to fit the bill.

In Martin’s words, Meathouse Man is “the darkest, bleakest, sickest, most twisted thing I ever wrote.” It lives up to the description, too. The entire story is about a man who takes advantage of the zombie apocalypse to have sex with zombie bodies.

Most of the story focuses on detailed, graphic descriptions of a man having sex with dead bodies. The rest is just his vaguely philosophical musings on whether they’re enjoying it.

Martin claims that he wrote Meathouse Man to impress Harlan Ellison. When Ellison asked Martin to write a story about dangerous visions, Martin became afraid that he couldn’t write anything dark enough to impress the man who wrote “I Have No Mouth, And I Must Scream.”

So Martin decided to write the worst thing that he could imagine. Meathouse Man has enjoyed a bit of a revival lately. Jet City Comics adapted it into a graphic novel because the story was missing pictures.

Mark Oliver also told us about “10 Songs That Mean Something Shockingly Different From What You Think” and “10 Sci-Fi Dystopias That Are Everyday Realities Today.” He can be visited online here.