Our history binds us and defines us. No matter where you’re from, your history has influenced you in one way or another. Egypt is no different. Here are 10 ways that the ancient pharaohs have affected modern-day Egypt.

If you ever decide to visit Egypt during Eastern Easter, try not to be stunned by the lingering smell of rotting fish; it’s just the smell of another Sham el-Nessim in Egypt. Originating from ancient Egypt, Sham el-Nessim, which literally means “smelling of the spring,” is a national holiday that is still celebrated in Egypt today. It was created over 4,500 years ago.

It is believed that during pharaonic times, ancient Egyptians would offer salted fish, lettuce, and onions to the gods during harvest season. Today, Egyptians still bring salted fish, lettuce, and onions, but this time, they do so for themselves instead of the gods. People from all around Egypt gather in public gardens, zoos, and family houses, bringing their own share of salted and fermented fish. Everyone then proceeds to sit down and enjoy the taste of this smelly, salty treat, celebrating the centuries-old holiday.

9 The Eye Of Horus 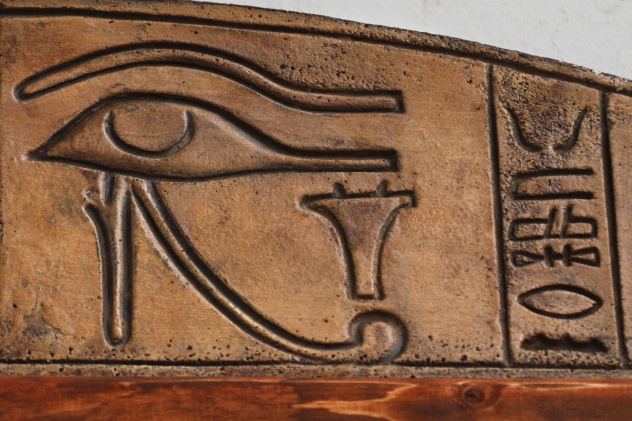 “Eye of Horus” isn’t a Lord of the Rings reference, though it might as well be. The Eye of Horus is an ancient Egyptian symbol of good health, which was later adapted by modern Egyptians as a symbol of protection from envy, or “the evil eye.”

Egyptians hate envy (hassad in Arabic) and despise anyone who would convey any sort of envy whatsoever. This hate is derived from fear of the evil eye—the eye that looks at what we have and it desires and eventually takes whatever it looks at away from us. This may be the reason that many modern Egyptians have resorted to their ancient ancestors’ symbol of good health as a method of protection from evil. 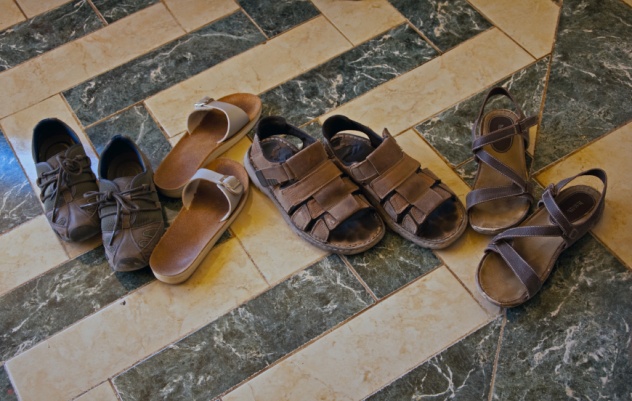 Everything seems to bring bad luck in Egypt. One of the most common superstitions in Egypt is that shoes, flip-flops, or basically anything that can be worn on your feet (excluding socks) shouldn’t be flipped upside down. Doing so will bring years of bad luck.

Flipping your shoes in Egypt is a big no-no to the extent that some people may even be offended if a flipped shoe is anywhere within their sight. If a shoe is flipped, the bottom is facing the gods, which is disrespectful. The arguably absurd superstition derives from pharaonic beliefs, and as a result, it’s somewhat of a tradition in Egypt to always have your shoes facing downward, or at least sideways, at all times.

7 Giving Money To The Poor 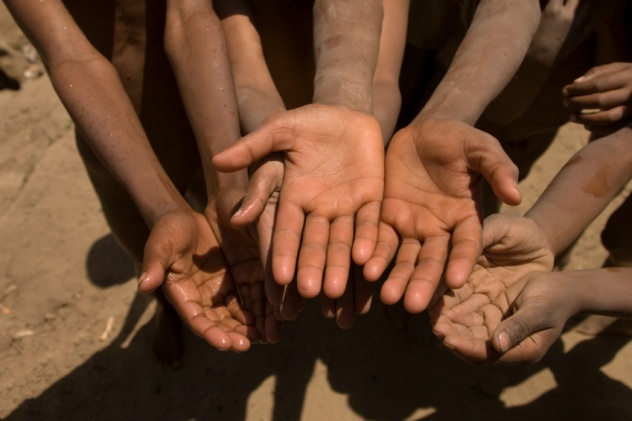 Sometimes, a dime can save a life, or at least Egyptians thoroughly believe so. Throughout their history, they’ve continually regarded giving to the poor (also known as nadr) as a high priority. In ancient Egypt, it was believed that Maat (the god of harmony and justice) would show everlasting love and kindness to those who give back to the poor.

Modern-day Egypt is heavily influenced by Islam, which also may be a reason why giving back to the poor still exists, but one still cannot rule out the potential influence of ancient Egyptian beliefs. Whatever the reason, Egyptians today still make Maat proud. 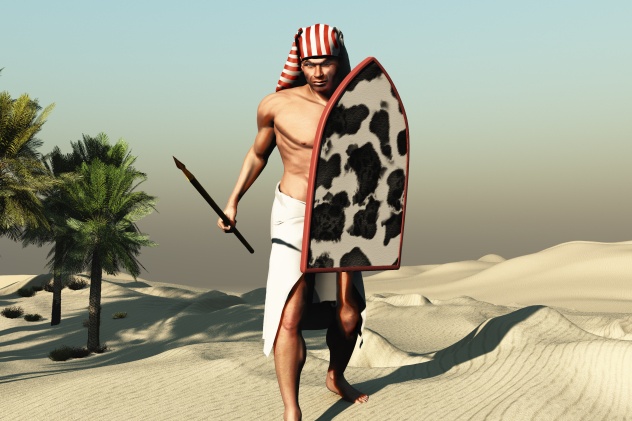 Honor, pride, dignity, and reputation are four things that if tainted (or “dirtied” if translated literally from Arabic), might cause someone to be killed, and that’s no exaggeration.

It is viewed by some Egyptians today as their god-given right to seek vengeance upon those who’ve wronged them. This tradition is passed down from ancient Egypt. Murdering someone in Upper Egypt meant that you’d have a “hit” on your head. The head of the victim’s family (or someone along those lines) would track you down and personally kill you instead of involving any kind of law enforcement.

Even though revenge killings later ceased to exist in ancient Egyptian culture, modern Egyptians have adopted the tradition. Although there has been a drop in honor killings, they’re still a gruesome event that occurs yearly, especially in Upper Egypt. 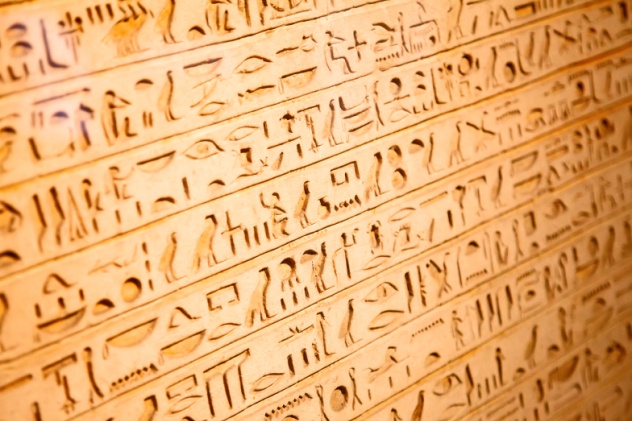 The Egyptian Arabic dialect is one of the most tremendously intriguing, unique, and culturally colorful dialects in the world. It is a mixture of words from classical Arabic, a bit of English and French, some Turkish, and of course, ancient Egyptian Coptic.

Words like barrah, which means “go outside,” have no origins from any other language. Other words are still used by modern Egyptians that originate from ancient Egyptian Coptic: Tannesh means “ignore,” shibship means “slipper,” embu means “thirsty,” humm means “to eat,” and tabtab means “patting.”

It’s outstanding to see that parts of the ancient Egyptian language are still being used today and it is something that is hard to tannesh. 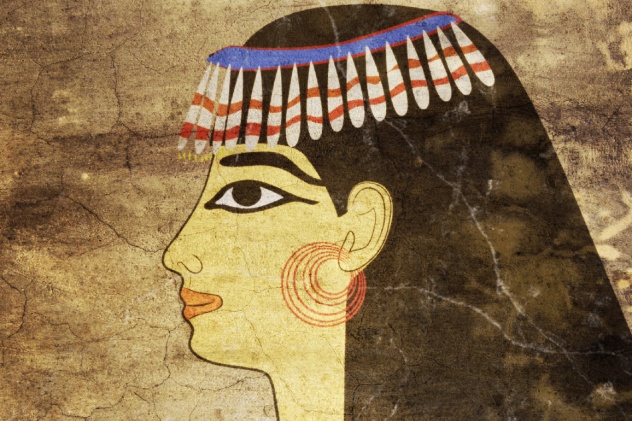 Emos wouldn’t exist if it wasn’t for ancient Egypt. That might be an overstatement, but they wouldn’t have had dark eyeliner.

Usually, the upper part of the eye would be painted black, while the lower part would be painted green. Some believe that kohl was used in ancient times to show whether a woman was married or not, based on how the eyeliner was applied. Today, however, plenty of Egyptian women decorate their eyes with kohl regardless of their marital status. 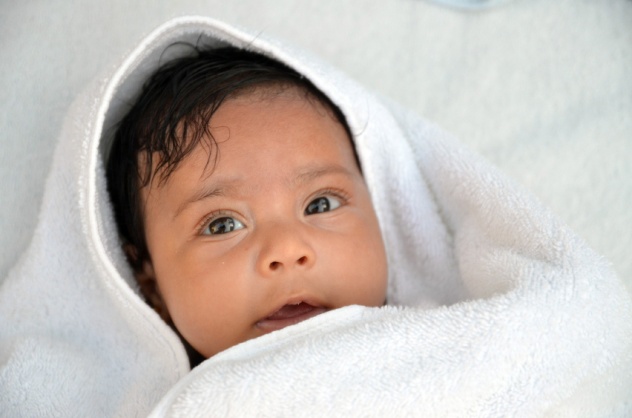 Seven days after a child is born in Egypt, a celebration of sorts ensues. This celebration is called the seboa, which is derived from the Arabic word esboa, which means “week.” The intention of the celebration is to welcome the newborn baby into the world and to celebrate the birth with the mother. Essentially, it’s a baby shower of sorts, except that the baby is already born.

An important part of this celebration is to shake the baby. The aim of this shaking is to drive evil spirits away. This tradition was passed down from ancient Egyptians, as they believed that babies were more vulnerable to evil spirits. The celebrations is seven days after the birth since seven was a lucky number in ancient Egypt.

The seboa is practiced by Egyptians no matter their religious background. Almost every newborn child will have a seboa. It might sound like a fun party, but please don’t shake your babies. 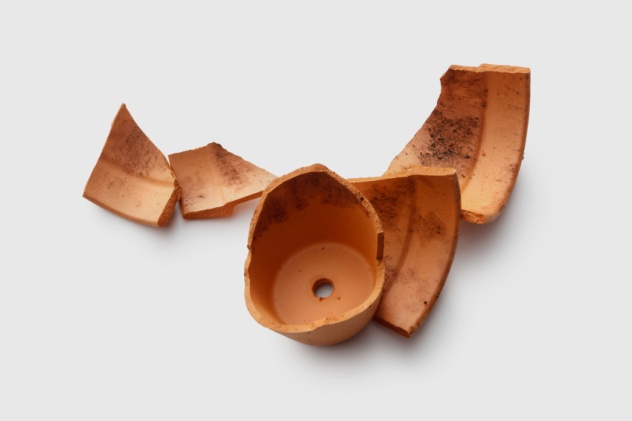 If you’re in Egypt on a vacation, and you hear a pot break behind you, it probably means that the locals don’t like you.

Egyptians are superstitious; it’s part of their culture. One superstition is that some people are simply born evil or have evil spirits around them. So, what do you do around such a person? Break pots behind them.

It sounds ridiculous, but it’s something that still goes on in rural areas in Egypt. Locals believe that breaking a piece of pottery behind someone they don’t like or have a bad feeling about will eradicate all the bad energy and bad spirits that surround them. This is, of course, passed down from the ancient Egyptian belief that breaking a pot behind a person will drive the evil spirits away. 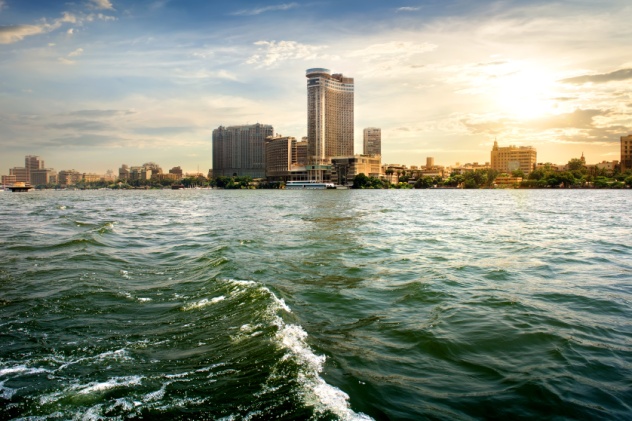 If you look at Egypt from space, you’ll see a vast, unoccupied desert and a mass of infrastructure, cities, and people around the Nile. That’s because the Nile is the source of life in Egypt. It’s a vein that pumps water instead of blood.

If it wasn’t for the pharaohs of Egypt and their settlement around the Nile, one wonders if modern-day Egypt would exist at all. As ancient Egyptians used the flood of the Nile to water their crops, modern Egypt uses the flood to produce electricity through the Aswan High Dam. The river was a symbol of pride and a blessing from the gods in ancient Egypt. That pride still exists today.

Journalism and Mass Communication Undergrad at the American University in Cairo.