Today, Mormonism is one of the most widely accepted religions in the US. Members of The Church of Jesus Christ of Latter-day Saints live freely and happily among their neighbors, sharing smiles and goodwill with everyone they see.

In 1838, however, the state of Missouri entered into a full-scale war against the Mormons. People were slaughtered. Whole villages were razed. It’s the last thing you’d ever imagine to be part of the history of those nice men who go door-to-door in white shirts. 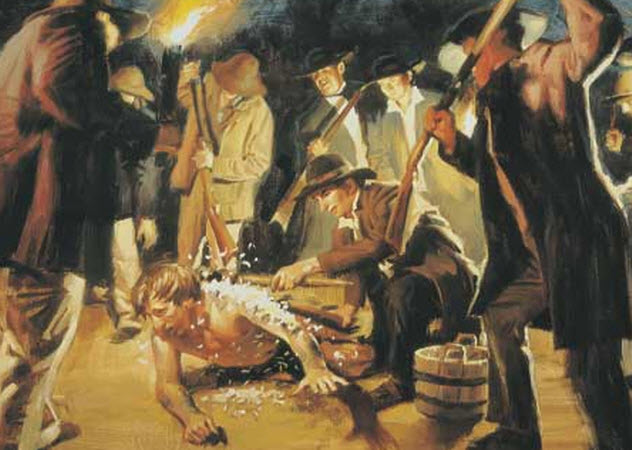 Before Missouri, Joseph Smith, the founder of Mormonism, lived in Ohio. The story starts with him getting chased out of the state in 1832. Smith and his family were living in the home of a man named John Johnson, enjoying all the hospitality his family had to offer.

Apparently, Smith thought that Johnson’s 16-year-old daughter was part of that hospitality because he enjoyed her, too. Smith allegedly had an affair with the young girl, and when word got out, the town was furious.

The town organized a mob that broke into Smith’s room, stripped off his clothes, beat him, and tarred and feathered him. Johnson’s son, Eli, was in the mob and wanted to castrate Joseph Smith. But a doctor in the crowd managed to calm them down before they went that far.

9 The Mormon Church Threatened To Murder Members Who Dissented 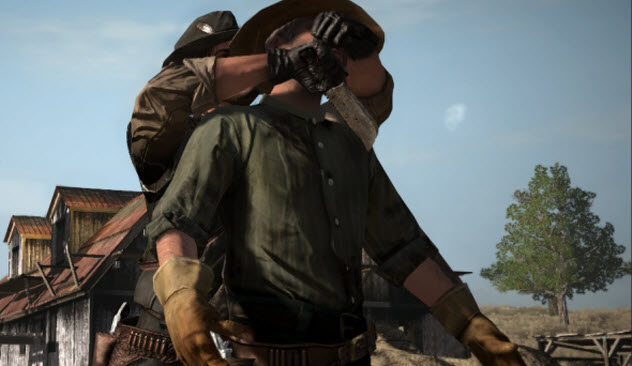 The Mormon Church once had its own bank. Technically, they weren’t allowed to get a bank charter, but they found a loophole that made it work. They set up an “anti-banking company”—a company that did everything a bank did except call itself a bank.

The problem was that nobody there really knew how to run a bank. Documentation wasn’t filed properly, and the bank tried to apply far more resources than it had. Members of the church who had invested in it starting going broke. Soon, Smith was hit with 17 lawsuits and members started storming out.

The church didn’t take it well. They purged the church members who complained, forcing them to leave the county—or pay the price. In one letter, called the “Danite Manifesto,” the church threatened members who did not leave the county within three days with a “more fatal calamity [that] shall befall” them. This threat was typically understood to mean that they would be killed.

8 Mormons And Missourians Beat Each Other To Death With Logs 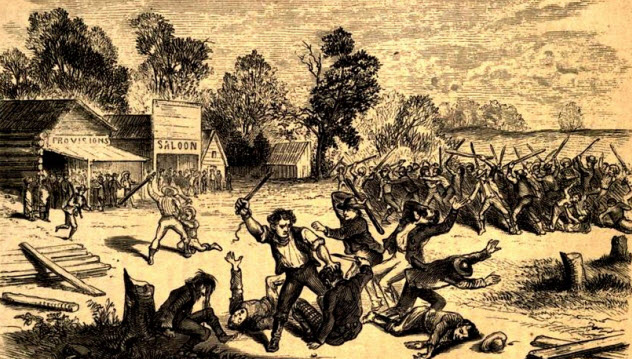 The dissenters left, but they weren’t happy about it. They went to neighboring towns, complaining that their property had been stolen by the Mormons and that they had been cast out of their homes—all of which got the people of Missouri worried. The Mormon population was getting big enough that they had political power, and this seemed like proof that they were dangerous.

The first real violence came on election day in the town of Gallatin. When Mormons came out to vote, the populace got worried. One person called out that Mormons shouldn’t be allowed to vote. Soon, the town erupted into a fistfight.

It got worse. A group of Mormons found a stack of logs, picked them up, and started beating people to death. The Missourians fled, but they swore that they would kill every Mormon in the county before the week ended. 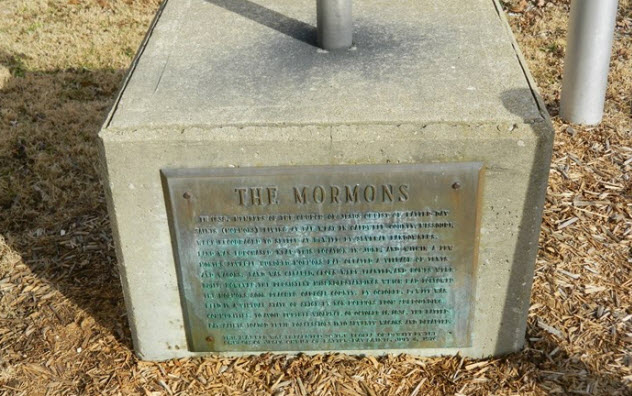 At first, the government just tried to keep the peace. In some places, it even worked. The Missouri government was able to convince an anti-Mormon vigilante group in Daviess to stand down and try to make peace with the Mormons there.

It didn’t work everywhere, though. Another Missouri mob set up a siege on a Mormon town called DeWitt, blocking all food from getting into the town in hopes of starving the Mormons out. The state sent a man to calm the mob down, but the mob scared him so much that he didn’t even try to get them to leave.

With nobody stopping it, the siege worked. The Mormons surrendered the town and fled to an outpost called Far West.

6 A Mormon Army Burned Two Towns To The Ground 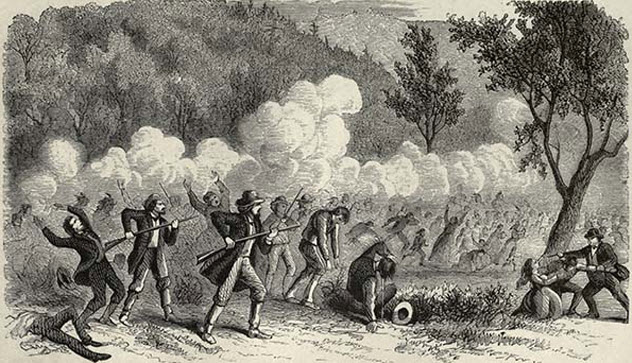 The Mormons didn’t take losing DeWitt lying down. The next day, 100 Mormons marched back into the town of Gallatin and told the people to leave. First, they robbed the stores, and then they set the town on fire. Another group went on to Millport, where they again looted the buildings. Then they burned down 12 businesses and a number of farms.

The Mormon army intended to keep their warpath going, too. They announced plans to burn down the towns of Elkhorn and Buncombe as well.

At this point, though, the government had to get more involved. A Missouri militia moved in, blocking the path to the towns in a place called Crooked River Valley, intent on stopping the Mormon army from doing any further damage.

5 Mormons Ambushed A US Militia 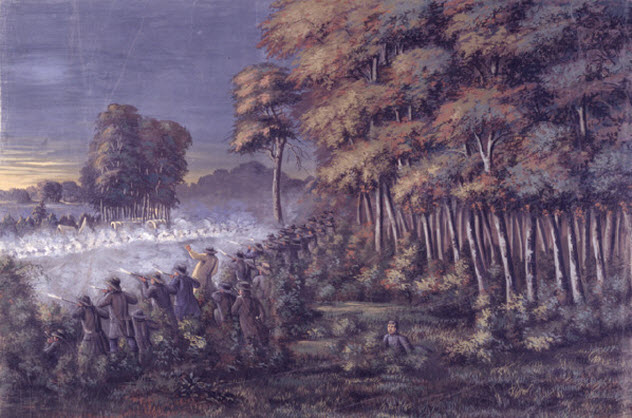 The Mormon army, called the Danites, didn’t let the Missouri militia stop them. The Danites organized a party and ambushed the militia at Crooked River. The Danites sneaked out of the woods, fired volleys of gunfire at the militia, and then charged them with knives.

The militia was caught off guard. They panicked, and most of the troops fled before they were given the command. The few that stayed behind to fight were drastically outnumbered and didn’t have a chance. Soon, they also fled, leaving their supplies behind.

Four men died in the battle, three of whom were Mormons. However, the Mormons did manage to steal the army’s horses and supplies. The most important change, though, was that the Mormons weren’t just fighting mobs anymore. They had attacked members of the US National Guard.

4 The Missouri Governor Issued An Order To Exterminate All Mormons 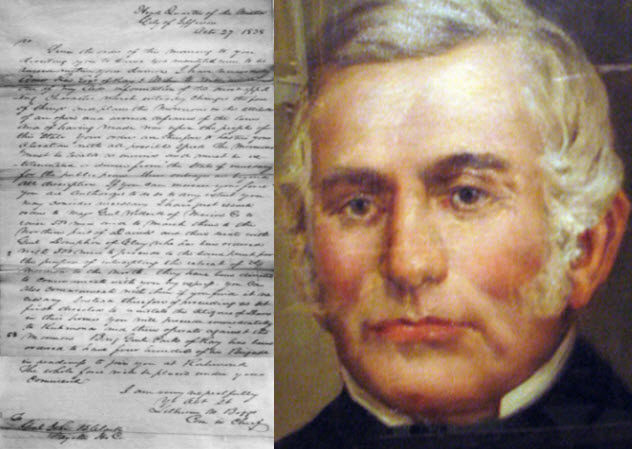 The Battle at Crooked River changed things. Peacekeeping was over. Now it was war.

Lilburn Boggs, the governor of Missouri, issued an order called “Executive Order 44,” which labeled all Mormons as “enemy combatants.” All Mormons were to leave, “peaceable if we can, forcibly if we must.”

After the order was issued, it became legal to murder a Mormon. In the writing, it was even encouraged. Governor Boggs included a caveat that the Mormons could be simply driven out of state but only if it was “necessary for the public peace.”

Executive Order 44 and the legal right to murder a Mormon wasn’t taken out of the Missouri law books until 1976. 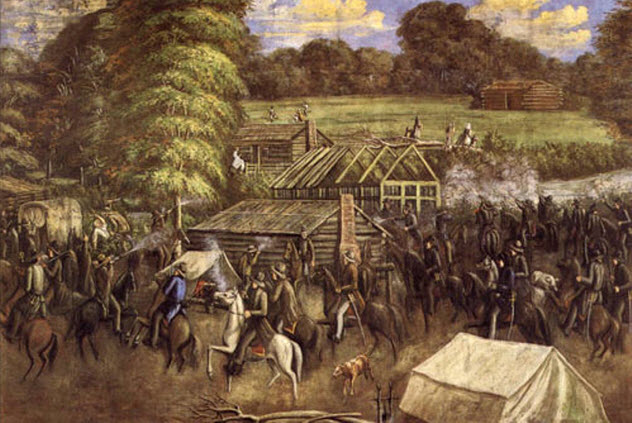 The order had a major impact within three days. A Missouri militia moved on a town called Haun’s Mill, acting on a tip that the Mormon’s Danite army was planning an assault from there.

There’s no proof that they were. Even government sources suggested that the town was full of nothing but innocent civilians. The militia charged in anyway, slaughtering as many as they could. Nineteen Mormon civilians were killed, and almost every person in the village was at least injured.

Another militia laid siege on a Mormon outpost called Far West. At first, the Mormons tried to resist it. But after learning about Haun’s Mill, they gave up. The Mormons left Missouri. Joseph Smith, along with most of the religion’s major leaders, was arrested for treason, murder, and arson. 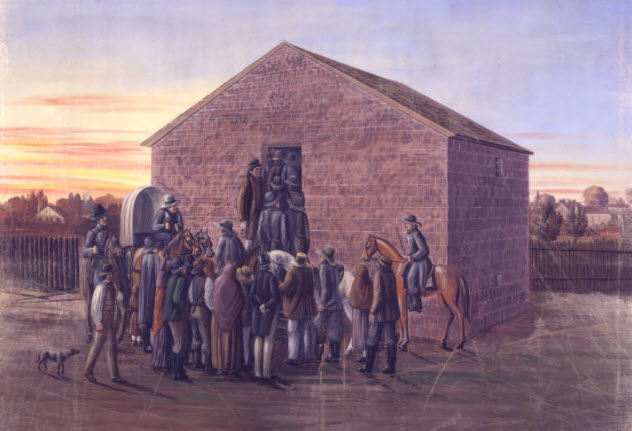 Smith and the major leaders of the church were sent to Liberty Jail, awaiting trial for a list of crimes that would have guaranteed their execution. They never spent a day in court, however, because they broke out of jail.

On April 16, 1839, the prisoners were moved to another county. En route, the guards and the sheriff found their way into the whiskey, got too drunk, and passed out. Smith and his friends seized on the opportunity. The five men in chains stole two horses and rode off into the night.

1 Mormons Vowed An Oath Of Vengeance Against The US 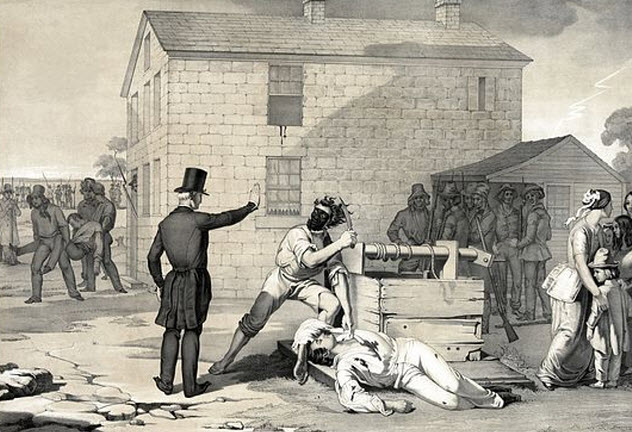 Things didn’t get much more peaceful for the Mormons after they left Missouri. Treason charges continued to hound them. In 1844, Joseph Smith agreed to go to trial in Carthage under a promise of protection from the governor of Illinois. Once there, he was attacked and killed by a mob of over 100 men.

After Smith’s death, his successor, Brigham Young, introduced an oath that required all Mormons to swear vengeance upon the United States.

They did it, too. Mormons went on to fight two more wars against the US, and members of the religion continued to pray that God would “avenge the blood of the prophets upon this nation” for the next 82 years.