As the popularity of cat videos proves, people are easily entertained by animals. But organ-grinding monkeys and chickens playing tic-tac-toe are not all that lower beasts have to offer. Some of our favorite movies, books, and songs have been shaped by our furry friends in surprising ways. 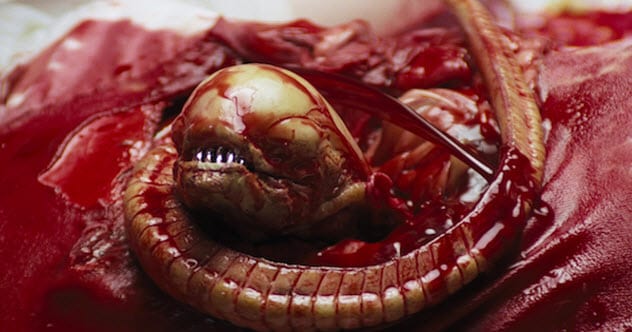 It’s a scene that’s terrifying just to describe. Someone is sitting around and enjoying their life. Then they feel a stabbing pain. A creature bursts out of their insides. The host is left to die as the murderer goes on to find a new victim.

In the late 1970s, screenwriter Dan O’Bannon read an article about the spider wasp, whose breeding ritual was graphically described. After paralyzing the spider, the wasp lays its eggs on the spider’s abdomen, where they stay until the younglings hatch and eat their way through the still-living spider.

The wasp appeared in O’Bannon’s nightmares that night. After that dream, he came up with his own parasitic torturer, the Xenomorph. 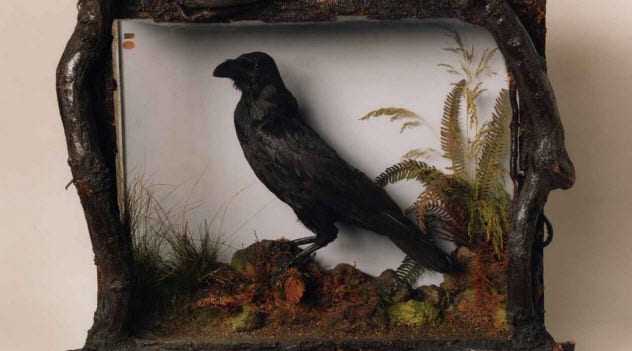 Charles Dickens’s books are usually somber stories of struggling orphans or failed revolutionaries, but he was actually a pretty wacky guy. His most sitcom-like antic was having a talking raven sidekick.

His raven, Grip, would entertain Dickens’s family with inspirational lines like “Keep up your spirit!” and “Never say die.” In 1841, Grip failed to follow his own advice when he died after eating lead paint chips. Dickens was heartbroken. For some closure, he featured a talking raven in his next book, Barnaby Rudge.

When Barnaby Rudge was published in the US, Graham’s Magazine gave the book a good review except for the raven. The reviewer thought that the raven was too hokey and should have been a prophetic harbinger instead of a sideshow act.

That reviewer was Edgar Allan Poe. Four years later, Poe would respond to his criticisms in Graham’s Magazine with his own prophetic raven in one of the most famous poems in American literature.

8 Michael Jackson’s Solo Career Started Because Of A Rat

Michael Jackson is one of the most memorable musicians of the past century. Before that, he was just one member of the Jackson Five. The Jackson Five had a slew of hits, but Michael was trying to break into the spotlight.

He had a few middling successes before his first hit. The first Michael Jackson song to reach number one was “Ben,” a rat love song.

In the 1970s, Willard was a popular horror movie. It told the story of a man who used rats to attack people who had betrayed him. The sequel focused on one of the rats.

Michael Jackson was asked to sing the romantic song of that movie. The career that launched “Billie Jean,” “Don’t Stop ‘Til You Get Enough,” and “Smooth Criminal” all started over sultry rat tunes. 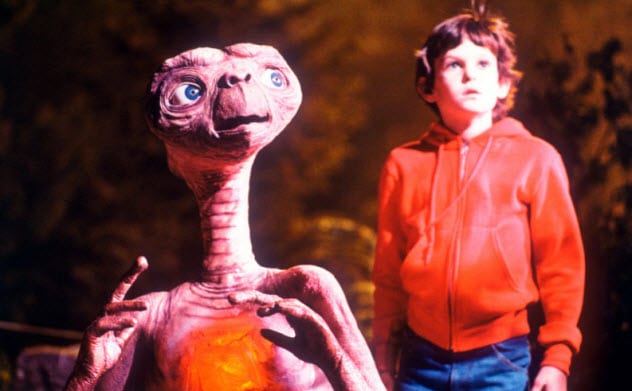 E.T. the Extra-Terrestrial is the classic love story of a boy and his alien. E.T. and Elliott’s relationship is built on real emotions. One of the most obvious characteristics of E.T. is his giant blue eyes. Those eyes were modeled after Carlo Rambaldi’s beloved pet. The Himalayan cat’s eyes and shriveled-up nose were added to E.T. to give it a friendlier feel.

The other half of this friendship was Henry Thomas. He clinched his audition for the role of Elliott after an emotional screen test. Henry acted out the scene where the government officials come to take E.T. away.

6 Sir Walter Scott Exists Thanks To A Stolen Cow 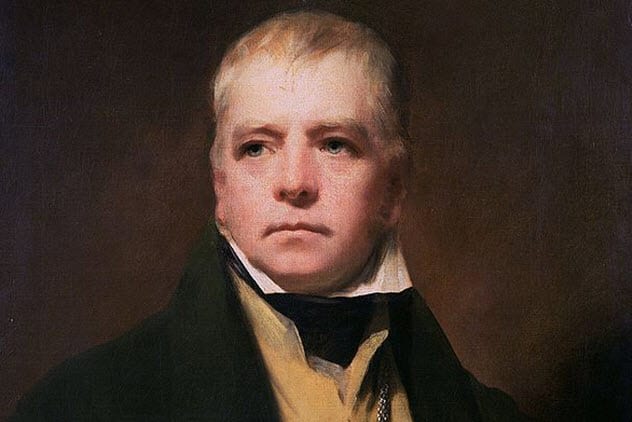 Sir Walter Scott literally changed history. His novel Ivanhoe has done more to influence our perception of medieval Europe than any historian’s dissertation. However, none of that would have happened if not for a stolen cow.

The Scott line began with Walter Scott’s great-great-grandfather, William Scott. One night, William was caught trying to steal cattle. The owner, Gideon Murray, came up with a choice of punishments—die or marry his daughter.

William Scott was torn. Gideon’s daughter was so ugly that people used to call her “muckle-mouthed Margaret.” Initially, Scott chose death. Then he changed his mind and decided to marry. The marriage worked out and eventually gave us a literary luminary. 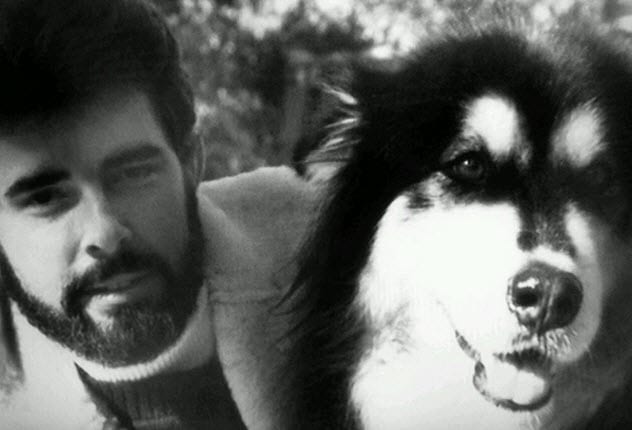 However, Indy was not the only character in the franchise named after a dog. Short Round in Indiana Jones and the Temple of Doom was named after screenwriter Willard Huyck’s dog.

Lucas also hatched the idea of Chewbacca, the hairy sidekick, when Lucas saw his dog, Indiana, sitting in the passenger seat of his car. Lucas had been talking to his wife, Marcia Griffin, who was really the dog’s owner.

Marcia had wanted Indiana to play the dog in American Graffiti. But Lucas went with another dog for that movie. To make up for it, he turned an Indiana surrogate into this galaxy’s favorite Wookiee.

4 Evelyn Waugh’s Suicide Attempt Was Ruined By A Jellyfish 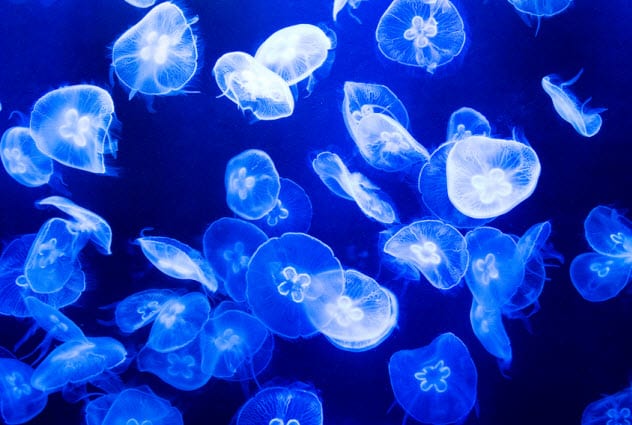 Evelyn Waugh has proven himself to be one of the greatest authors of the 20th century, but his early career was met with mixed reviews. His manuscripts were panned, and his dream job had fallen through.

Unable to cope with this one-two punch, he decided to commit suicide. We would have never visited Brideshead, let alone revisited it, if not for a bloom of jellyfish.

Always the dramatist, Evelyn Waugh wrote his suicide note and headed into the sea. His plan was to swim until he drowned.

He had already swum rather far when a jellyfish stung him on the shoulder. Startled and shocked, Waugh ran back to shore. He put his clothes back on and decided to live.

3 Gollum’s Voice Was Based On A Coughing Cat 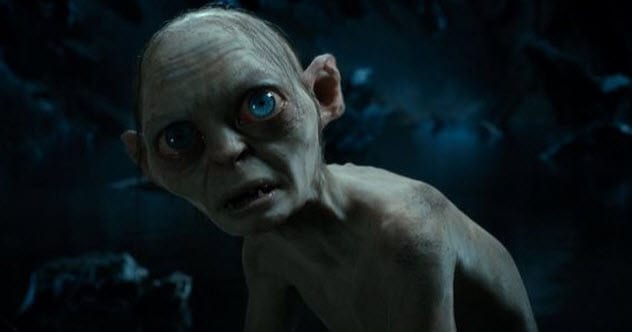 Gollum is one of those impressions that everyone can pull off. Just bend over, give your voice a gravelly tone, and say: “My precious.” Gollum is still one of the most memorable characters in the nearly 12-hour Lord of the Rings film franchise based on J.R.R. Tolkien’s books.

Part of that is due to Andy Serkis’s guttural voice work. The rasping voice was modeled on watching his pet cat, Diz, cough up a hair ball. Andy tried to copy the struggling sound of a vomiting cat. His reenactment eventually transformed into Gollum’s iconic voice. 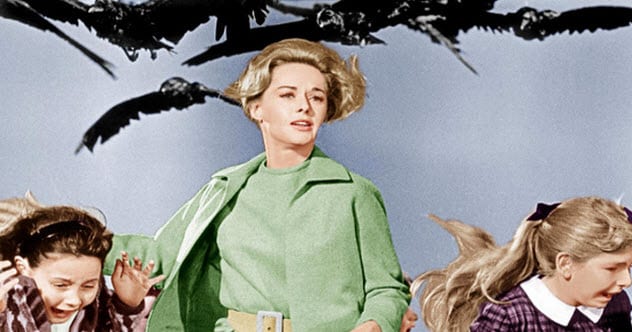 As a director, Alfred Hitchcock was a genius. As a storyteller, though, Hitch was never that original. His movies were frequently adaptations of popular books or short stories. The Birds is no exception. In this case, it was more like a docudrama than a piece of fiction.

In 1961, two years before the film, a flock of birds was swarming around the coast of North Monterey Bay. At 3:00 AM, residents awoke to the sounds of birds slamming into their homes.

Surprised locals went outside to investigate with flashlights. The lights attracted more birds, which caused more attacks. These attacks lasted until the morning. At dawn, people discovered piles of dead birds and vomit.

Hitchcock read about this in the newspaper. It wasn’t until 30 years later that someone could explain this bizarre event. The birds ate anchovies, which had eaten toxic algae. In the meantime, Hitchcock created one of the scariest movies ever.

Carl Weismann was a Danish sensation for his bird recordings. The only problem was that his records were interrupted by barking dogs. To produce a clear recording, Weismann went back to his studio and removed the sounds of the dogs from the tape.

As this was the 1950s, Weismann still had the physical remains of the dog barks. So he put all those random barks on one track. Altering the pitches, he made the dogs appear to sing “Oh! Susanna.”

This song was an international hit. In the US, it reached No. 22 on the charts, making it the first hit song to feature sampling. The legacy of this novelty song is absurd. Its B-side launched “Jingle Bells,” a holiday favorite, and its technological advancements became fundamental for the golden age of hip-hop.