Roman civilization grew by destroying hundreds of others. In this process, many brave men and women challenged the almighty Roman army in the name of freedom, and even the Romans expressed their admiration for their deeds and courage. Today, many of these names are still considered a symbol of independence, determination, and national pride. 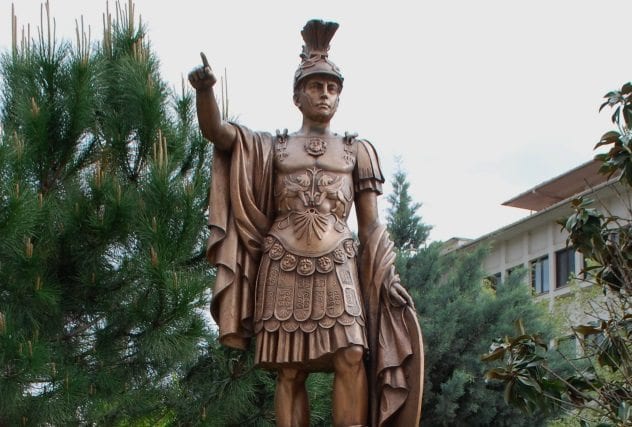 In 280 BC, as Rome was conquering Southern Italy, the Greek city of Taras (modern-day Taranto) called for the aid of Pyrrhus (c. 319–272 BC), a Greek commander and king of the city of Epirus in present-day Northwest Greece.

Pyrrhus answered Taras’s call and crossed the Adriatic with his army. His military talent defeated the Romans in two battles. In doing so, Pyrrhus paid a high price, exhausting his military resources.

By 275 BC, Pyrrhus understood that it was pointless to carry on the fight against an enemy with access to a seemingly inexhaustible supply of manpower. Pyrrhus returned home, Rome gained control of Southern Italy, and ever since, the expression “Pyrrhic victory” has been used to refer to a successful accomplishment earned at far too high a cost. 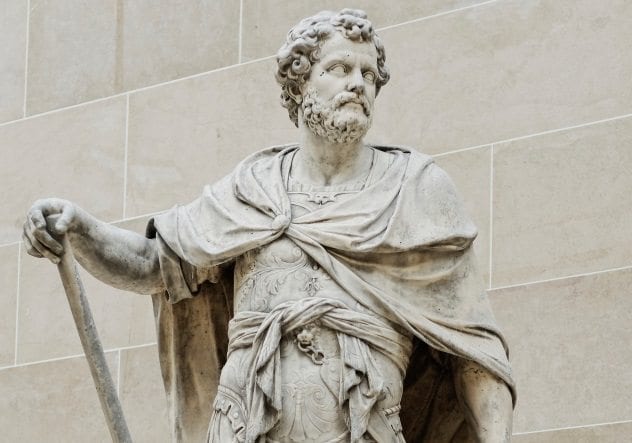 Polybius (Histories, 3.11) tells us that Hamilcar called his son, Hannibal (247–c. 183 BC), “by the hand and lead him to the altar, where he commanded Hannibal [ . . . ] to swear that he would never be a friend of the Romans.” Hamilcar was a Carthaginian commander who fought during the First Punic War. Although the Carthaginians lost that war, they were determined to rebuild their empire.

Hannibal led Carthage’s vengeance against Rome during the Second Punic War. From Carthago Nova (present-day Cartagena), he marched with his army, famous for having many war elephants, north to the Pyrenees and then crossed the Alps, sweeping everything in his path as he entered into Roman territory. Battle after battle, his legendary military campaign threatened the growing Roman republic, but his defeat at Zama (North Africa) in 202 BC by the Roman general Scipio Africanus brought Hannibal’s retaliation to an end.

Hannibal returned to Carthage. He went into exile in 195 BC and died around 183 BC. Ancient sources are contradictory about the time and circumstances of his death. 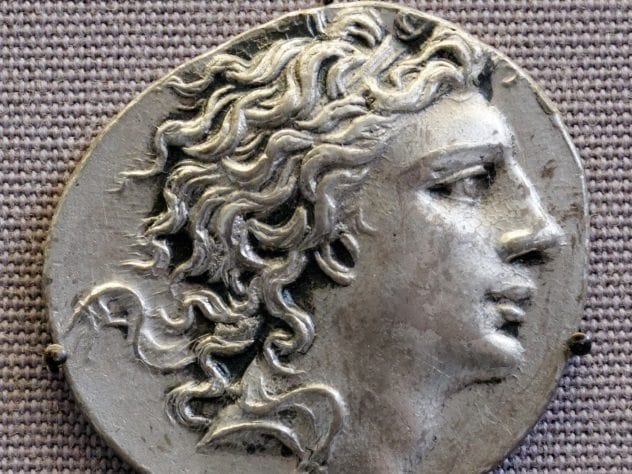 Mithridates VI (132–63 BC) ruled a small but wealthy realm on the Black Sea in present-day Turkey. His father was assassinated, and his own mother posed a threat to his life. He went into exile but returned as a grown man several years later. With the support of many tribes, he reclaimed the crown and murdered many members of his family, who had plotted against him.

Between roughly 115 BC and 95 BC, his kingdom tripled its size. Rome and Mithridates fought a “cold war,” confronting each other indirectly through diplomacy, propaganda, and political conspiracies. In 89 BC, the Roman consul Manius Aquillius went to war against Mithridates. The following year, Mithridates coordinated the murder of about 80,000 Roman men, women, and children in about a dozen Asian cities. The war lasted until 63 BC, when Mithridates lost both it and his life not by the sword, but by the betrayal of his own son, Pharnaces. 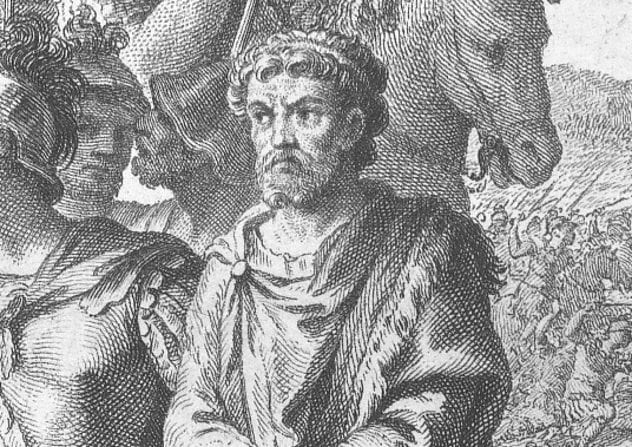 As the illegitimate son of Masinissa, the king of Numidia (North Africa), Jugurtha (c. 160–104 BC) had to make his way into the throne. In 118 BC, he decapitated one of the heirs to the crown. The other heir, Adherbal, fled to Rome, where he asked the Senate for help.

Jugurtha played the Roman system by bribing everyone he could and buying as much time as he could. He captured the city of Cirta in 112 BC. In 109 BC, Rome sent an army led by Metellus, a fine commander who was also incorruptible and indifferent to Jugurtha’s gold. The Romans, with the aid of the king of Mauritania, finally defeated and captured Jugurtha after six years of war.

Plutarch (Life of Marius, 12) wrote that Jugurtha was pushed naked into the Tullianum, a pit-like dungeon that had formerly been a water cistern. Some versions say he was strangled; others say he died of starvation. 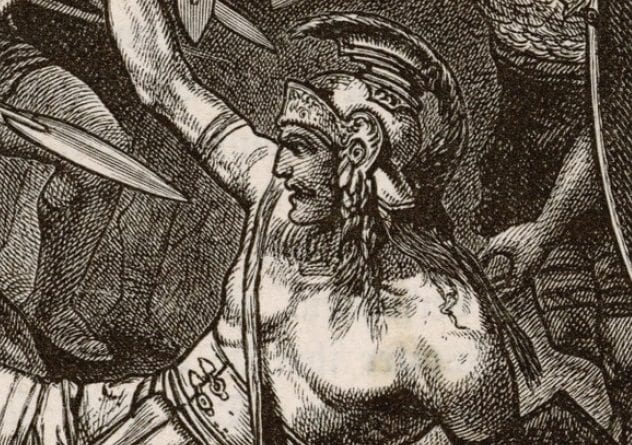 Spartacus (c. 111–71 BC) was a Roman slave of Thracian origin who escaped from a gladiator training camp in 73 BC. He took 78 other slaves with him and profited from the unhealthy inequalities of Roman society by recruiting thousands of other slaves and destitute country folk. Frontinus (Stratagems: 1.5.22) reported that Spartacus’s army would attach dead bodies to stakes outside their camp and equip them with weapons to give the impression that they were more numerous and better organized than they were.

Spartacus’s revolt lasted two years and was crushed by the Roman general Crassus. Plutarch (Life of Crassus, 11) reports that during his last attack, Spartacus launched himself at Crassus and almost killed him: “Through the midst of arms and wounds, he [Spartacus] missed him [Crassus], but killed two centurions who attacked him together.”

Spartacus was killed, but his deeds turned him into a legend. Around 5,000 of his men fled north after the defeat, and over 6,000 were crucified. 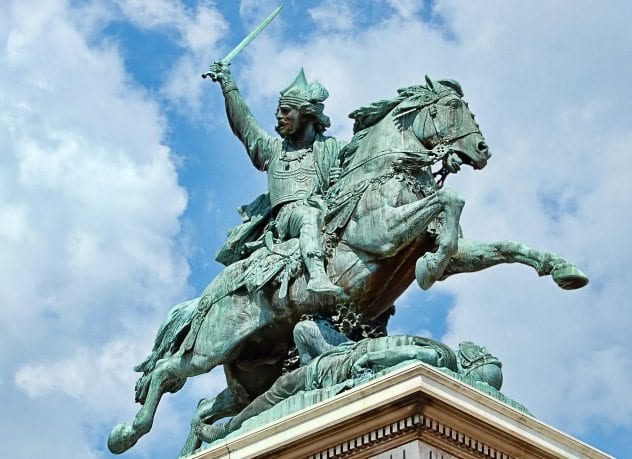 Years of brutality perpetrated by Julius Caesar in Gaul persuaded Vercingetorix (c. 82 BC–46 BC) that the Gallic tribes had to either unite against Rome or die trying. He tried to convince the council of his native town to fight the Romans, but he was expelled. He went to the countryside, raised a force against Gergovia, and took the power.

In 52 BC, Vercingetorix took Cenabun (present-day Orleans), where he massacred many Romans and seized all the provisions. Most Gallic tribes joined him, but they were no match for the highly organized Roman army, so Vercingetorix instructed to always fight the Romans from an advantageous land position. If that wasn’t possible, his army would retreat and burn all the land, leaving nothing behind and depriving the Romans of supplies.

His last stand against Rome was during the siege of Alesia. Vercingetorix came to Caesar asking for mercy, hoping to prevent more Gallic casualties. Some Gallic tribes were allowed to leave, but many soldiers were turned into slaves. Vercingetorix was kept in Rome as a prisoner for six years and finally put to death. 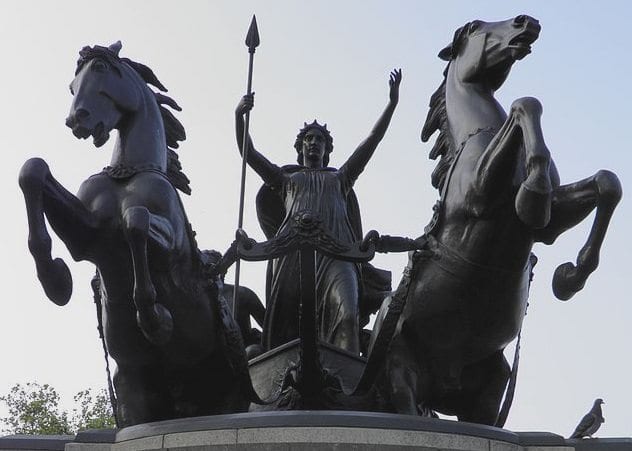 Boudicca (c. AD 33–c. 60) was the queen of the Iceni, an eastern Brittonic tribe. When the king died, the Romans tried to seize the kingdom, and the Iceni joined their queen and triggered a rebellion. Some neighboring tribes joined them, and together, they launched an attack against the city of Colchester, where many Romans were massacred.

From there, they marched to London, the heart of Roman commerce in Britain, and burned it to the ground. Cassius Dio (History 62.7) describes the gruesome retribution of Boudicca: Most distinguished women were hung up naked, their breasts cut and sewed to their mouths “in order to make the victims appear to be eating them.”

Boudicca’s rebellion was ended by the Roman general Suetonius in the Battle of Watling Street. Suetonius engaged the rebel force in a narrow field, neutralizing Boudicca’s numerical advantage. Boudicca retired to her homeland, where she finished her life by drinking poison. 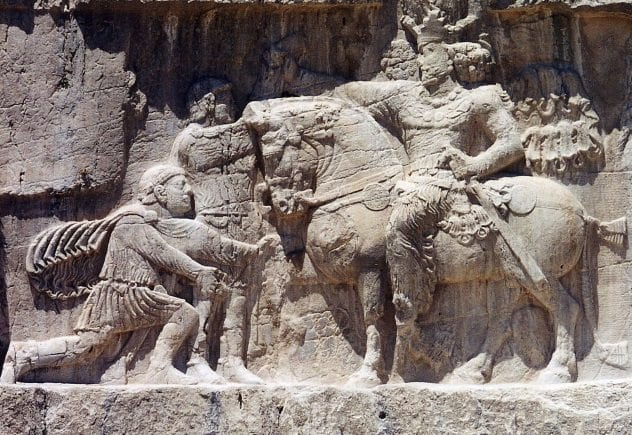 Shapur I (r. 240–270) was a Sassanid ruler determined to regain the territories that his Persian ancestors had lost, most of which were under Roman control. Shapur captured Syria and its capital Antioch, one of the greatest cities controlled by Rome. The Romans struck back and recaptured some of the lost territories, but they left other battle fronts open.

Emperor Valerian offered terms to Shapur in person, along with his senior officers. Shapur took them all captive, and Sasanian sources claim that Valerian was used as a human mounting block for Shapur to ascend to his horse and then killed. His skin was filled with straw and displayed as a trophy.

Both sides were closely matched, and the result of Shapur’s war against Rome was inconclusive. Shapur died of illness around 270, before Rome could avenge Valerian. 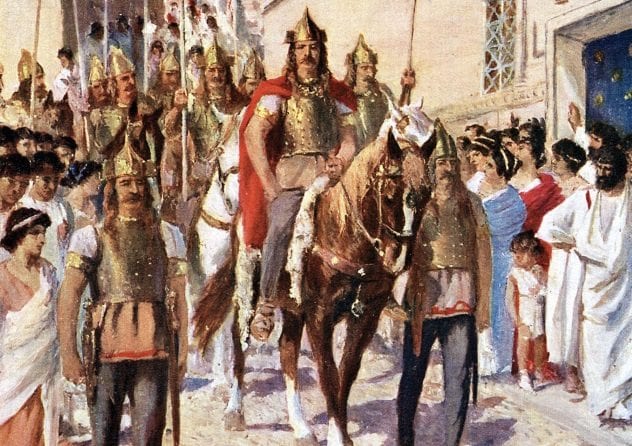 In 395, Alaric I (c. 370–410) was named king of the Visigoths, a powerful tribe established in the former Roman province of Dacia (present-day Hungary, Romania, and Slovenia). The Visigoths had been Rome’s allies, but the treatment they got from the Romans made the reconsider their position. Alaric led the Visigoths against Rome, plundering many cities on the way. In 408, they laid siege to the city of Rome itself.

The Romans tried to attack Alaric, and two more sieges followed. During the third siege, someone opened the gates of the city. On August 24, 410, the Visigoths sacked Rome. It was not a violent act; the Visigoths were merely looking for plunder.

Alaric then marched south to Calabria with the intention of invading Africa, the source of the grain supply upon which the Romans depended, but a sudden illness put an end to his life. The course of the Busento River was diverted, and Alaric’s body was buried in the riverbed. The river’s course was restored to protect his resting place. 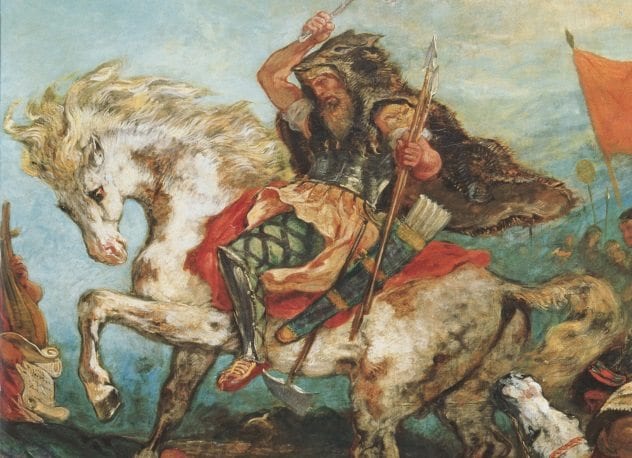 When Attila (c. 406–453) became the ruler of the Hunnic people, he doubled the tribute that Rome paid the Huns and imposed several additional conditions that looked more like extortion than a deal. In 447, Attila invaded parts of the eastern empire. Rome bribed one of Attila’s lieutenants to murder his master. The plot failed and upset Attila, who would neither forgive nor forget.

Theodosius died in AD 450, and Attila was informed he would never receive one more penny from Rome. Attila invaded several cities in the western half of the empire. With the support of the Visigoths, Aetius, a Roman general, engaged Attila in the Battle of the Catalunian Plains in 451. Both sides were closely matched: Attila and his force left and marched toward Rome.

Attila’s anticlimactic end came two years later: He was found dead, choked in his own blood after celebrating his wedding.