There is no doubt that science has made incredible breakthroughs in the past 100 years. This is especially true in medicine and biological engineering. From lifesaving vaccines to revolutionary surgeries, science has vastly improved our quality of life.

Progress requires researchers to innovate new solutions to age-old problems. Behind every medical discovery, there’s a laboratory full of fascinating ideas. Sometimes, these experiments raise ethical questions. But mostly, they are interesting approaches to pesky problems.

And what solution is more creative than growing something in a lab from scratch? Here are 10 fascinating lab-grown items we might not have expected. 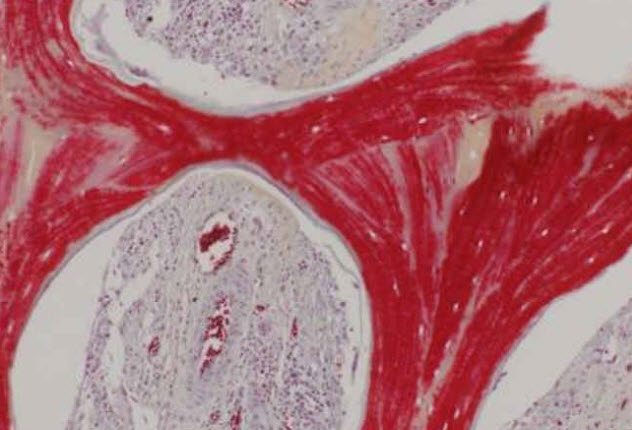 In 2016, researchers in the US successfully implanted lab-engineered bones into 14 adult Yucatan mini pigs. None of the pigs rejected the new organs after surgery. Quite the opposite. The blood vessels inside the lab-grown bones seamlessly integrated themselves into the pigs’ preexisting circulatory systems.

How was all of this possible?[1]

To get the process started, scientists scanned the pigs’ jawbones and mapped their structures. They then created matching cell-free scaffolds out of cow bones. These structures were injected with the pigs’ stem cells and soaked in a nutrient-rich solution. The result was fully functional, living bone. 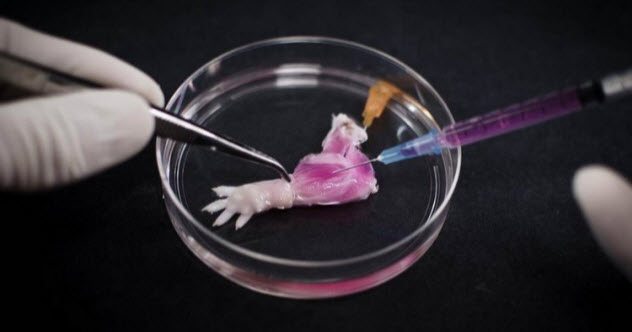 Researchers at Massachusetts General Hospital made news in 2015 when they grew an entire rat forelimb in their lab. It was the first successful project of its kind in the world.

The effort was led by Dr. Harold Ott, who also heads the Ott Laboratory for Organ Engineering and Regeneration. Their experiment also resulted in working muscle tissue after only 16 days.

Dr. Ott and his team took a live rat limb and removed all its cells. This process is called decellularization. Once all living cells were removed, the scientists were left with a protein framework for the limb.

They then injected this structure with live cells that formed muscle tissue and blood cells within a matter of weeks. To test the functionality of the lab-grown limb, the team applied small electrical charges to the muscle tissue.

The result? The muscles in the limb contracted exactly as naturally grown organs would. 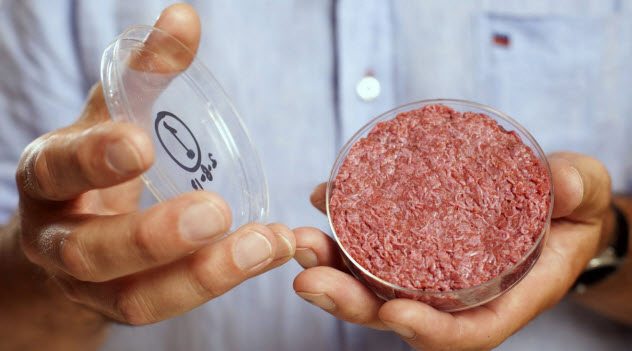 Nicknamed “schmeat,” the first lab-grown burger in the world debuted in London in 2013. It was created in the Netherlands by Dr. Mark Post, a professor of vascular physiology. His goal was to produce meat that didn’t cause “undue animal suffering and environmental harm” as traditional meat sources do. The project took him five years and $325,000 to complete.

After his success, Post went on to found Mosa Meats. Other companies also jumped at the chance to produce lab-grown meat of their own. Memphis Meats, a start-up in San Francisco, created lab-grown meatballs in 2016. They also grew chicken strips—a world first.

However, these aren’t estimated to be available to the public until 2021. Another California company, Hampton Creek, unveiled plans to get lab-grown meat onto store shelves by 2018.[3] 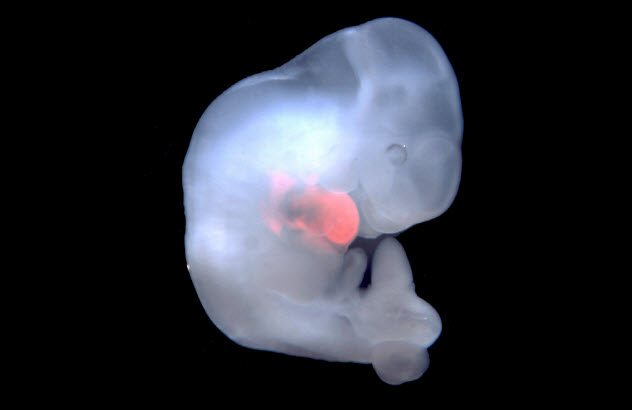 In Spain and La Jolla, California, a group of scientists at the Salk Institute successfully grew human cells inside a pig embryo. The goal of the research is to eventually grow entire human organs, which will be used for transplants, inside other animals. Scientists at Salk have already grown several rat organs inside mouse embryos. But this research has raised some ethical questions.

In 2015, the US stopped funding interspecies chimera research with taxpayer dollars. In genetics, a chimera is a naturally occurring phenomenon where a single organism has two or more different sets of DNA.

But an interspecies chimera contains DNA from two or more species. This has raised concerns over whether the pigs or other animals implanted with human cells will develop human brain functions.

Juan Carlos Izpisua Belmonte and his team have stated that they aim “to test ways to focus human cells on making specific tissues while avoiding any contribution to the brain, sperm, or eggs.”[4] 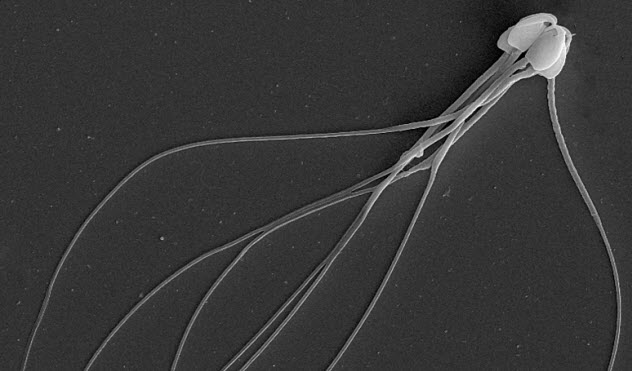 In 2016, scientists at the Institute of Zoology at the Chinese Academy of Sciences produced viable mouse sperm from stem cells. To do this, they extracted stem cells from mice and introduced them to testicular cells from newborn mice.

Qi Zhou and Xiao-Yang Zhao, who led the experiment, also exposed the stem cells to several chemicals involved in sperm development. This includes testosterone, a hormone to induce follicle growth, and a growth-inducing hormone from the pituitary gland.

In about two weeks, the scientists had developed fully functional sperm cells. They implanted the sperm into viable eggs and transferred the zygotes to female mice.

Nine mouse pups were born out of this experiment, some of which later reproduced on their own.[5] Though still not as efficient as artificial insemination using natural sperm (3 percent success rate compared to 9 percent), this research holds promise for future fertility treatments. 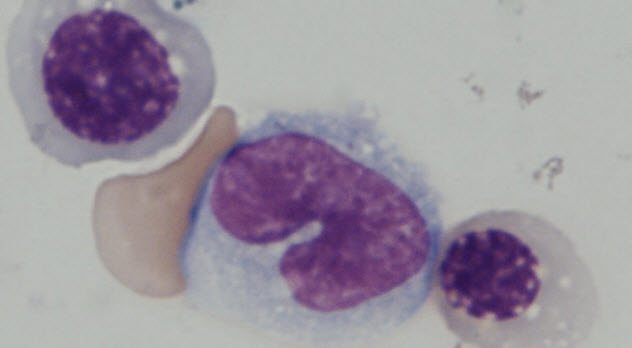 Two separate teams of scientists developed novel approaches to creating blood stem cells. One team, based at Boston Children’s Hospital, was led by George Daley. This group started with human skin cells and “reprogrammed” them to become iPS (induced pluripotent stem) cells. An iPS cell is an artificially made, universal stem cell.

Daley’s team then injected the iPS cells with transcription factors, which are genes designed to control other genes. Afterward, the modified iPS cells were implanted in mice to develop. (If you’re keeping track, that makes those mice interspecies chimeras.)

After 12 weeks, these researchers had created something that was merely a precursor to blood stem cells. But the second team fared even better.

In Weill Cornell Medical College, Shahin Rafii and his team skipped iPS creation. Instead, they took cells from blood vessels in adult mice and injected them with four transcription factors. Then they moved the cells into petri dishes that were outfitted to recreate the environment within a human blood vessel.[6]

These cells transformed into blood stem cells. The stem cells from this experiment were so powerful that they completely healed a group of mice that were suffering from a low blood cell count due to radiation treatments. In 2016, Canadian biophysicist Andrew Pelling and his team at the University of Ottawa successfully grew human tissue using apples. Using a decellularization technique to remove existing cells from the apple, they were left with the apple’s cellulose “scaffolding.” By the way, that cellulose is what gives apples their satisfying crunch.[7]

Pelling and his team cut out an ear-shaped piece of cell-free apple and injected it with human cells. The cells populated the structure and created an auricle (the outer part of the ear).

The motivation for the experiment was to create cheaper implants. According to Pelling, his lab-grown material is also less problematic than conventional biological materials used for implants, which often come from animals or dead bodies.

This technique isn’t limited to apples. He’s also looked at replicating his findings in flower petals, asparagus, and other vegetables. 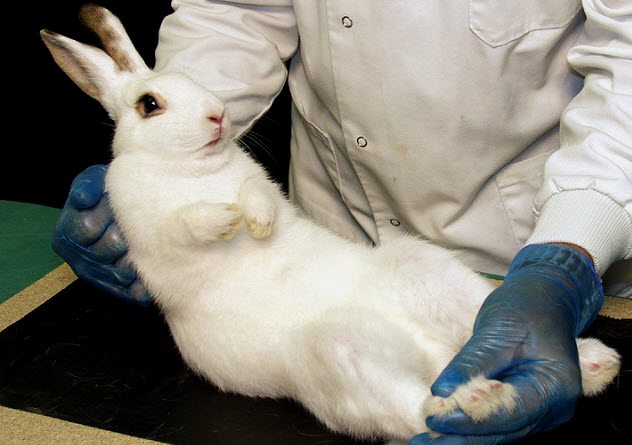 In 2008, Dr. Anthony Atala of the Wake Forest Institute for Regenerative Medicine chaperoned a group of mating rabbits. But this wasn’t any group of rabbits. The males had all been given lab-grown penises, an idea he’d been working on since 1992.

Of the 12 rabbits given bioengineered penises, all of them attempted mating. Eight of the rabbits successfully ejaculated, and four rabbits had offspring.

By 2014, Atala and his team had created six human penises with the hopes of obtaining FDA approval for human transplant. The scientists put the lab-grown organs through rigorous testing, using a machine to pull and squeeze them to make sure they hold up to everyday wear and tear.[8]

The team also set up machines to pump fluid through the organs to ensure that they can handle erections. As of 2017, the US Food and Drug Administration had not approved the lab-grown organs for human transplantation in the general population. 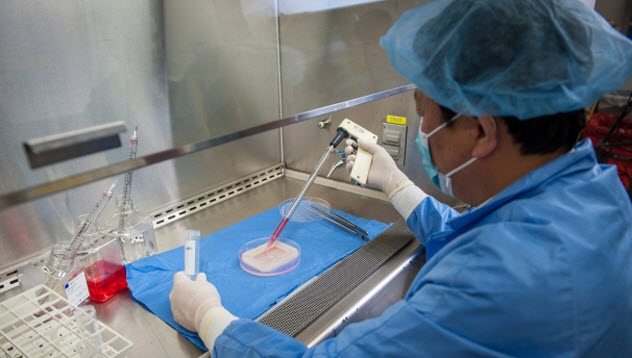 Dr. Anthony Atala and his team also grew human vaginas in their lab. These organs were then implanted into four teenagers in Mexico who had a disorder that had caused them to be born without vaginas.

To build the organs, Atala’s team took a small tissue sample from each girl. Then they created a custom biodegradable scaffold and injected it with cells grown from the original tissue samples.[9]

The first of these surgeries was completed in 2005. Follow-ups with the women revealed no long-term complications from the operations. All four women reported normal sexual functioning. However, only two of the women have wombs. It’s unclear whether the remaining two will be able to bear children. 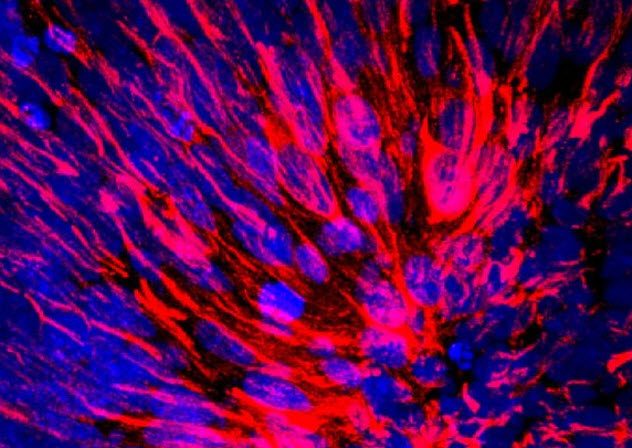 Sergiu Pasca at Stanford University has kept a mini-brain alive for two full years. Scientists refer to it as a cerebral organoid. Only about 4 millimeters (0.16 in) in diameter, this small clump of human brain tissue was grown in the lab from stem cells. With the right hormones, researchers can coax the tissue to grow into structures that almost mimic parts of the brain.

The biggest difference between the real deal and these mini counterparts?

The lab-grown brains don’t have blood vessels or white blood cells, and they don’t follow typical neurodevelopment patterns. Instead, they stop maturing at the equivalent of the first trimester of human development. At least that’s the case with cerebral organoid neurons.

There are nonneural cells in the brain called astrocytes that manage to reach full maturity in the lab-grown organoids. Astrocytes are helper cells that create and reduce connections between neurons as needed. They also make connections with blood vessels leading into and out of the brain and play a critical role in sensing injury.

Further study into these brain balls could help unlock the mechanisms behind Lou Gehrig’s disease and several neurodevelopmental disorders.[10]

Ditrie Marie Bowie (nee Sanchez) is a freelance writer in Canada and the author of Fillius Glint. You can find her on Twitter.

Read about more bizarre laboratory feats on 10 Things You Should Know About Biohacking and 10 Impressively Futuristic Recent Medical Breakthroughs.