And what a way to start a week. For a few, brief, terrifying minutes last weekend, it looked like the state of Hawaii was about to vanish in a cloud of radioactive dust and nuclear fire. Thankfully, it turned out to be a false alarm. But elsewhere, nearly as crazy stories were unfolding. This time, they were the real thing.

10 Hawaii Got A Taste Of Armageddon 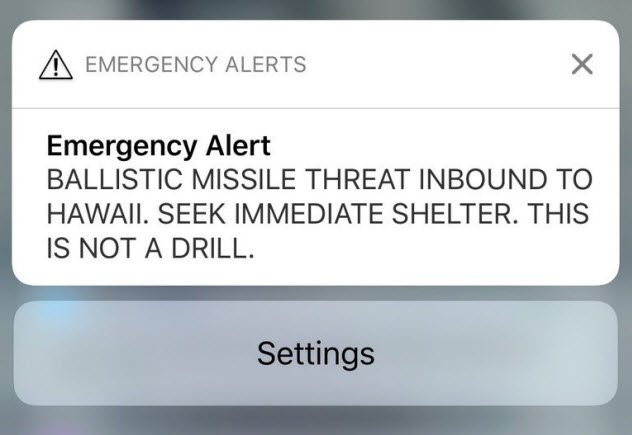 Very few of us will ever experience the feeling of knowing with absolute certainty that we and everyone we love is about to be annihilated in a sea of fire. Very few of us, that is, who aren’t residents of Hawaii. On Saturday, the island’s official warning system sent out text messages and broadcast the words: “Ballistic missile threat inbound to Hawaii. This is not a test.” Understandably, residents went into panic mode.

As you’re probably aware from the fact that Hawaii isn’t currently a smoldering pile of ruins, the alert was a false alarm. Some bozo at the department had pushed the wrong button. Not a big deal, you might think, but you’d be wrong. Thanks to a terribly designed system, Hawaiian officials couldn’t send out an update for 38 whole minutes.[1]

For hundreds of people, that meant 38 minutes of panic unlike anything they’ll ever experience again. We can only imagine how it felt to be faced with imminent death, only to realize that they were going to live after all.

9 One Of Britain’s Largest Companies Collapsed 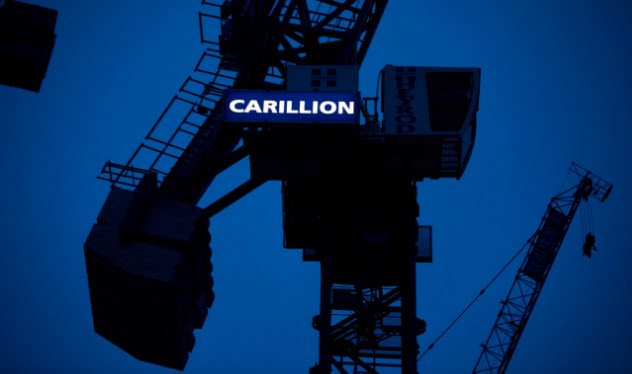 There are rumblings that it’s the next Lehman Brothers. A canary in the coal mine for a coming crisis. At the time British outsourcing behemoth Carillion collapsed on Monday, it had just £29 million banked against £1.5 billion in debt. It also had a workforce of over 40,000 whose jobs affected almost every aspect of British life. When the company imploded, the UK government found itself facing disaster.

Carillion worked by outsourcing its government contracts. It was responsible for paying people who did everything in Britain from maintaining veterans’ homes to serving school meals to building landmark national projects such as the rail network High Speed 2 (HS2). It owed some 30,000 small businesses money and held 13 separate pension pots covering thousands. At the time of this writing, it’s still not totally clear who will go bust and who will be bailed out by the taxpayers.

The Carillion collapse is a shameful black mark against Westminster. The company issued three profit warnings in the last year, yet it was continually handed lucrative government contracts. Following its collapse, Carillion’s directors attempted to use the remaining money to reward their failure with massive bonuses.[2] 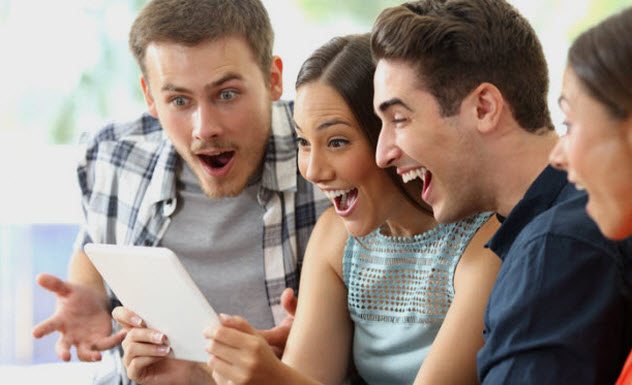 Before we start this entry, it’s worth clarifying that the age of consent in Denmark is 15. This will become relevant shortly. On Tuesday, Danish police charged over 1,000 teenagers for sharing child pornography in a dragnet operation that’s probably one of the largest sex stings in legal history. The age of the two children shown having sex in the video? Fifteen. 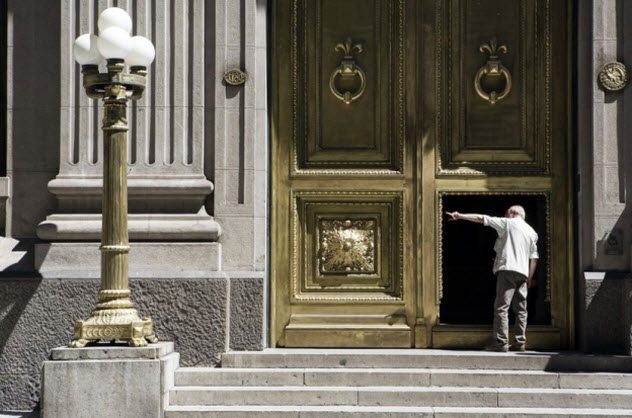 The World Bank’s Doing Business Report is an important tool for investors. It ranks every country in the world against a series of data points to show how easy it is to set up shop there. The rankings can potentially affect inward investment into a nation and thus have to be unimpeachably fair. At least, that’s the idea. This week, it was revealed that the World Bank may have been deliberately rigging its rankings to damage Chile.

The controversy centers on Chile’s ranking during the socialist presidency of Michelle Bachelet. In each of the two, nonconsecutive terms Bachelet served, Chile’s ranking plunged. When her right-wing rival, Sebastian Pinera, took over, it jumped back up. While Bachelet’s policies were undoubtedly less pro-business than Pinera’s, it’s now alleged that the World Bank exaggerated the difference to damage her presidency.

This would just be a case of sour grapes were it not for two key details. First, the chief economist of the World Bank recalculated Chile’s rankings and found that they had indeed been manipulated. And two, one of Pinera’s close associates sits on the Doing Business Report’s advisory board. The bank has now ordered an internal investigation.[4]

6 One Of Kosovo’s Top Serb Politicians Was Assassinated 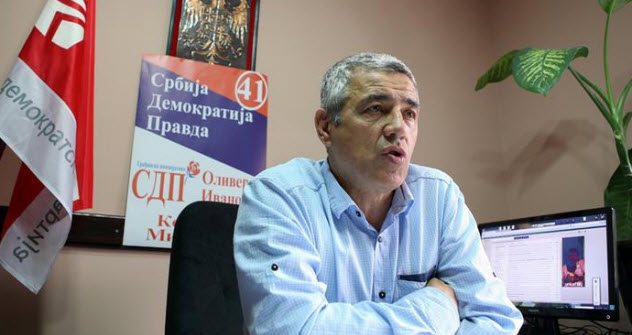 Oliver Ivanovic was one of that rare breed of politician in the former Yugoslavia, a moderate who didn’t just toe the ethnic extremist line. He was not without his skeletons in the closet. Kosovo Albanians accused him of war crimes. He’d boycotted Kosovar institutions to prop up the Serbian shadow government there. Yet he was also known for taking a hard line against Belgrade and supporting Kosovo’s interests over Serbia’s. In short, he was a complex man.

The key part in that last sentence is “was.” On Tuesday, Ivanovic was murdered mafia-style outside his office in Mitrovica. His death threatens to bring yet more instability to Kosovo.[5]

A major issue is that we simply don’t know who killed him. Kosovo Albanians would be the obvious culprits had Ivanovic not spent his last few months railing against politicians in Serbia. Then there are the vicious drug gangs he’d recently pinpointed as the major problem in Mitrovica.

Whoever pulled the trigger, his murder has already caused talks between Belgrade and Pristina to collapse and may yet lead to a messy ethnic confrontation.

5 The #MeToo Backlash Reached The States 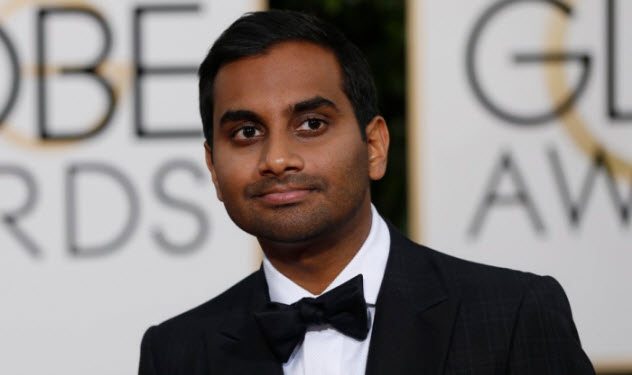 After months of splurges on Hollywood celebrities being accused of rape, harassment, and misconduct, feminist website Babe splashed on the weekend with a tale of Aziz Ansari, star of Netflix’s Master of None. Framed as a Weinstein-style case of assault, it promised to show how one night with Aziz had ruined a young woman’s life.

There was just one problem. For many readers, that moment never came. Had #MeToo finally gone too far?

The Babe story makes Ansari sound like a terrible date, but it doesn’t seem to suggest that he actually did anything wrong. Nonetheless, the website published it without giving Ansari time for a rebuttal (a slap to the face of journalistic ethics). The site ran a damning headline at a time when such headlines are ruining careers. 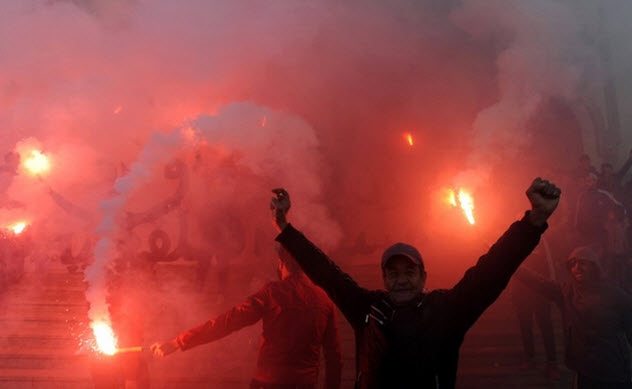 On Sunday, Tunisia marked seven years since the fall of its autocratic leader, Ben Ali. The historic irony will not have been lost on his supporters. Even as the new civil government congratulated itself, thousands upon thousands of Tunisians were again marching in the streets in some of the biggest protests since Ali’s forced exit. Just as in the Arab Spring, the government reacted by cracking down, arresting over 800 people.

The new Tunisian protests are the result of a faltering economy that’s now been hit with tough austerity policies. The results have been high unemployment, ghost towns devoid of jobs, and a whole generation left without work or hope. Protest deaths attributed to security forces have helped fuel anger across the nation.[7]

It wasn’t meant to be this way. Tunisia was the sole success story of an Arab Spring that produced three major civil wars (in Syria, Libya, and Yemen), a new dictator in Egypt, and a mixture of crackdowns and weak reforms elsewhere. Yet it now seems that Tunisia’s historic opportunity may have been squandered. 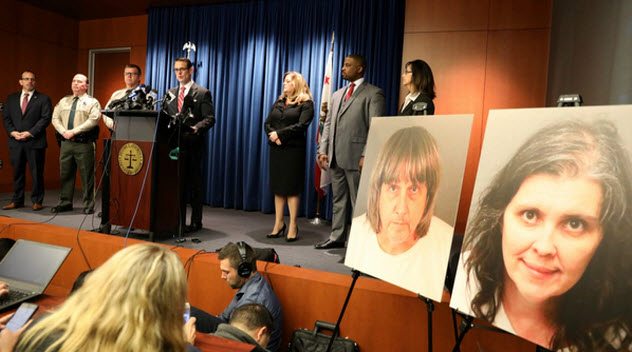 It reads more like a description of a cult. This week, California police raided a family home and discovered 13 starving people shackled to beds and covered in dirt. The youngest was a mere two years old. The eldest were in their late twenties, but they were so malnourished that they looked like teenagers. Far from being a sadist’s torture chamber, this house of horrors was something much more banal: a home school.

The victims were all children of David and Louisa Turpin, who’d apparently been holding the kids captive and torturing them for years. The fake home school they’d set up had never been inspected, and their families lived too far away to know what was going on. It was only after their 17-year-old daughter escaped that local cops were alerted and managed to shut down their disturbing home.[8]

Much of the fallout from the case has focused on how authorities could have failed to check in even once over the long years that the Turpins were torturing their kids, especially as local law required a fire safety check. Hopefully, some heads will roll.

2 We Found Out What Killed The Aztecs 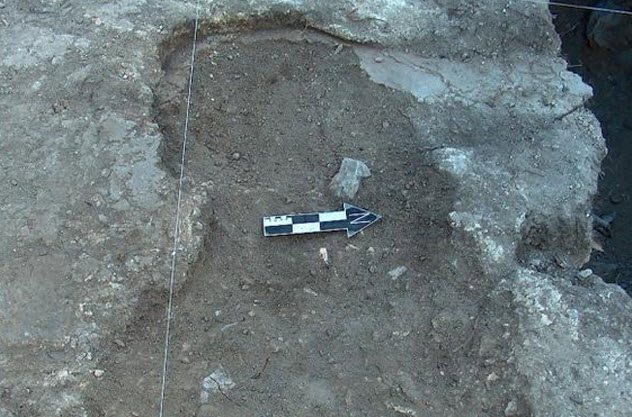 In 1545, the New World was gripped by one of the deadliest plagues in human history. Cocoliztli caused bleeding from the eyes and mouth, high fevers, horrific headaches, and usually death. It wiped out 80 percent of the Aztec population, some 15 million people in total, a number made even worse for following on only two decades after a smallpox outbreak killed over five million.

For centuries, we had no idea what had caused cocoliztli, with suspects ranging from measles to mumps to the flu. This week, we may have finally cracked the answer. After doing DNA tests on 29 bodies buried in a cocoliztli plague pit, scientists identified Salmonella enterica bacteria on the teeth of all the victims. It’s thought now that animals brought by the Spanish may have allowed the disease (a relative of typhoid) to get into the local population.[9]

The case of cocoliztli hasn’t been completely laid to rest as it’s possible that an undetectable disease may have been the cause. For now, though, it seems safe to say that Salmonella enterica is the most likely culprit. 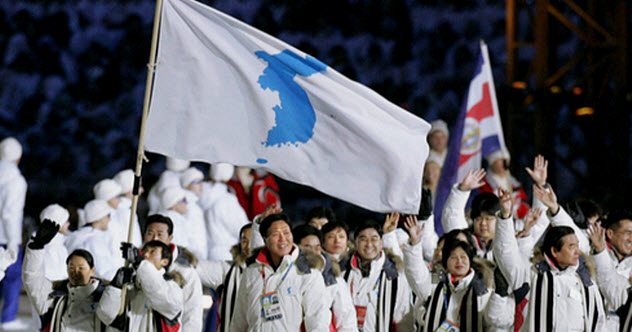 On Wednesday, Pyongyang and Seoul declared that their nations would march into the upcoming South Korean Olympics beneath a unification flag and field a joint ice hockey team. After several months where it looked like the North was just one cheese shortage away from Kim throwing a tantrum and blowing the South to smithereens, this was one heck of a reversal.

It is impossible to say how to read this. In some ways, it’s clearly positive, with the two Koreas meeting for the first time in two years. And anything that distracts Kim from his nuclear button should be cheered.

On the other hand, Pyongyang may simply be playing for time or, at the very least, trying to screw up Washington’s strategy for the region. Many in the South see it this way, with President Moon receiving an unexpected backlash from younger voters for playing Kim’s games. Whatever the truth, this unexpected news may defuse tensions on the Korean peninsula—even if only for a short while.[10]